McMillions S01 E03: All the Details You Need to Know 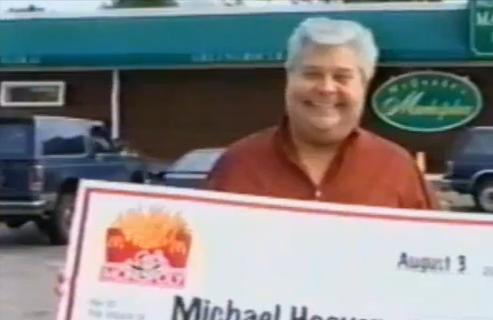 ‘McMillions’ is the exciting new docuseries that sheds a light on one of America’s most ingenious frauds. It was orchestrated by a man named Jerome Jacobson, who set up an intricate network comprising of former convicts, members of the Colombo crime family, and a Mormon family. These people had one thing in common. They were defrauding McDonald’s monopoly game.

The incisive show gives us all the salacious details of how the crime unfolded, and how the FBI investigation uncovered the network, and identity of ‘Uncle Jerry’. Naturally, you might be wondering about what goes down in the latest episode. We are here to tell you that, right after walking you through when and where to watch the upcoming episode.

McMillions Episode 3 Release Date: When Will It Premiere?

‘McMillions’ Episode 3 is slated to release on February 17, 2020, Monday, at 10 pm ET on HBO. The upcoming episode will see Frank Colombo, ‘Jerry’ Colombo’s brother, who explains how the scam worked. Uncle Jerry would give the winning tickets to Colombo at a premium, and he would find people willing to take the tickets. In turn, Colombo would get a cut of the prize money.

The FBI, meanwhile, pretends to have a reunion for the past winners, and start questioning Gloria Brown, a South Carolina winner who tries to obscure the origins of her winning ticket, as well as her past in Jacksonville.

Where Can I Watch McMillions Episode 3 Online?

‘McMillions’ is on HBO, so the easiest way to see it is with a cable subscription. If you don’t have one, head to the HBO site, where you can stream the episodes. Amazon Prime users can also add HBO to their existing pack, allowing access to all content, including ‘McMillions’. Cord cutters can also stream and watch the latest episodes on DirecTV.

Episode 2 starts with the mystery of who Uncle Jerry is. It appears to be more difficult to solve because the intricate network has at least two Jerrys. One is Jerome Jacobson, the former police officer who worked at Simon Marketing. The other is Jerry Colombo, a member of the Colombo crime family (one of the five Mafia families running New York).

The mystery being investigated in this episode is why and who sent a $1 million game piece to the St. Jude’s Children’s Hospital in Memphis, Tennessee. Notably, McDonald’s found a way to pay them, despite the Monopoly game pieces being non-transferrable.

The episode witnesses Marvin Braun, Jerome’s stepbrother being interviewed. We get an insight into how Jerome joined the police force, which started with him offering detectives access to psychic help for cases. The episode also shows how Jerome’s wife Marsha Derbyshire, an ex-cop turned security agent herself, ties in with the network. Marsha worked at Dittler Brothers Printing, which was in charge of the game pieces. This is how Jerome had access to the entire MacDonald’s Monopoly game process.

We see how the FBI investigation bears fruit, as they happen to tie in the Colombo crime family finally. They get Buddy Fisher on camera. The man sweats too much while telling his story, giving himself away. Buddy turns out to be Jerry Colombo’s father-in-law. Finally, the mystery of the St. Jude donation is also solved. We are given to understand that Jerome Jacobson himself mailed the piece, perhaps out of some sense of guilt.