Will There Be More of ‘Meet the Frasers’? 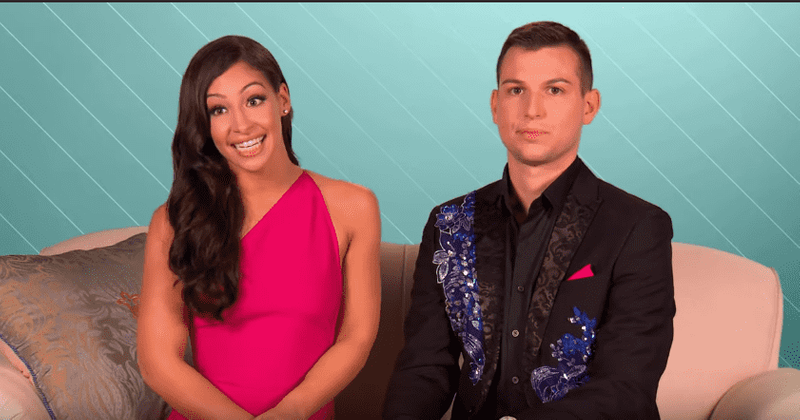 ‘Meet the Frasers’ is a reality TV show that follows a local celebrity pair, Matt Fraser and Alexa Papigiotis, as they exhibit their personal lives and their journey into the professional world, along with their extended families.

Mark Burnett (‘Shark Tank,’ ‘Messiah’), Barry Poznick (‘Are You Smarter than a 5th Grader?’), Douglas Ross (‘Vanderpump Rules’), Alex Baskin (‘Sin City Rules’) and Lisa Tucker (‘Baggage on the Road’) are the creators of the show.

One can’t help but notice how the entertaining family dynamics, quirky and animated leads, and wide-ranging personal themes resemble the hit reality TV show, ‘Keeping Up with the Kardashians.’ Now that the series’ inaugural season has ended, you definitely must be wondering if we will see a ‘Meet the Frasers’ season 2. Read on to know.

Meet the Frasers Season 2 Release Date: When Will it Premiere?

Each episode has a runtime of 25-30 mins. A two-part series premiere is available to watch on-demand and also on NBC. The makers also released the first two episodes on YouTube on January 7, 2020.

E! has not officially confirmed if the series will be recommissioned for another season. But it is rare for reality dramas to not make it beyond its inaugural installment. Hence, we are positive that a new season will be announced soon. If renewed, we can expect Meet the Frasers season 2 to premiere sometime in January 2021.

Meet the Frasers Cast: Who is in it?

Just like the kid from ‘Sixth Sense,’ Matt Fraser sees dead people and talks to them too. Matt Fraser is a 28-yr-old physic medium who is enjoying the fruits of his inheritance. Matt credits his genes for his psychic abilities – his grandmother, mother, and now, him.

Alexa Papigiotis is the host of a fashion and skin care blog. She is a mental health advocate for anxiety and depression. Alexa is the winner of Miss Teen USA and a 2nd runner up on Miss Rhode Island USA pageant.

Matt’s side includes sister Maria, mom Angela, who is also a psychic, father Rod, who is an ex-Fire Commissioner and a retired Navy man, who doesn’t believe in Matt and Angela’s psychic powers.

Alexa’s side includes mom Sharon Ciolli, who doesn’t have a filter, even when to comes to giving her daughter and son-in-law sex and relationship tips; Alexa’s sister Ava, who is a “perfectionist” and their stepfather Anthony, who is a retired nightspot owner and calls himself a former mobster. Well!

If the show is renewed for a second season, we expect the whole lead cast to make their respective comebacks.

What is Meet the Frasers about?

‘Meet the Frasers’ is a sit-com reality show that chronicles the lives of Matt Fraser and Alexa Papigiotis and their families. Matt is a seasoned psychic medium and Alexa is a pageant queen, and they are quite popular in their city of Cranston, Rhode Island.

The show operates on the theme “let’s-follow-that-wacky-family” and documents their personal and professional achievements and defeats, and all the fun in between. To add to the over the top narcissistic things Matt does, he has a large cut out of his face, pasted on his SUV. You can’t miss that. Both Matt and Alexa have big dreams for their future and they are using their popularity to grow their business.

While Matt is busy advancing his latest book “When Heaven Calls” to people via live reading sessions, Alexa has her eyes set on winning the next beauty title and also tying the knot and having babies. Yes, you read that right.

Talking about her baby plans to E!, Alexa said, “I have always wanted to get pregnant really, really young. A lot of the time we sit around and we’re like, ‘You know what? I think we are ready for children. I want four, he wants like, two.”

The couple is tasting success, one sip at a time, but there is a minor hiccup – their excessively involved family. Although Matt and Alexa are happy to have an unconventional family, they can rely on for anything and everything, it gets a little uneasy when the support and advice are uncalled and overpowering.

In the finale of season 1, we finally see Matt popping the question before Alexa. Season 2, if and when it happens, is expected to pick up the story from here and continue chronicling the crazy journey of the Frasers.

Check out the promo of ‘Meet the Frasers’ season 1!