Where is the Mental Samurai Set Located? 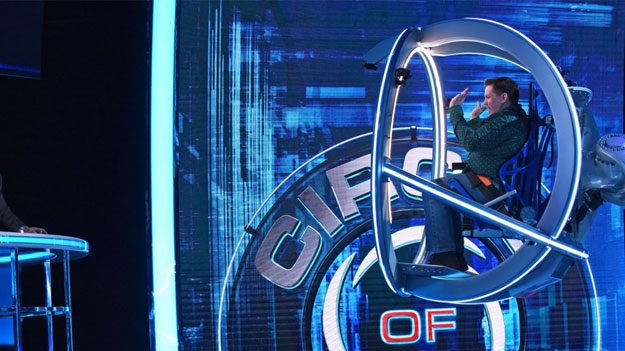 There are two kinds of game shows: ones wherein contestants are made to participate in comical physical challenges and slightly more serious ones wherein contestants are made to take part in quiz-like competitions. ‘Mental Samurai’ is a game show that combines the adrenaline rush of a physical competition with a quiz-like format. The reality show is often promoted as “the first-ever obstacle course…for the mind.”

‘Mental Samurai’ is produced and hosted by Rob Lowe. Lowe has appeared in various movies and television series throughout his career. He stars in the sitcom ‘Parks and Recreation‘ and Fox’s ‘9-1-1: Lone Star,‘ for instance.

‘Mental Samurai’ makes its contestants answer a series of questions from a movable capsule called Ava. The questions belong to any one of the four categories: knowledge, puzzles, sequence, or memory. Apparently, the purpose of Ava is to increase the chances of the contestants making rash decisions.

Where is Mental Samurai Filmed?

Like most game shows, ‘Mental Samurai’ is filmed entirely on a set. The set is dominated by the giant, moving capsule named Ava, which sits at the center of the stage. Have a look at the following video which introduces Ava and also shows what it looks like behind the scenes:

As mentioned earlier, ‘Mental Samurai’ is entirely filmed at a production facility. The game show is filmed at Warner Bros. Studios in Burbank, California.  Sprawling over 62 acres, Warner Bros. Studios boasts of 36 fully operational soundstages ranging between 6,000 square feet and 32, 000 square feet in size. ‘Mental Samurai’ is filmed in front of a live studio audience.

Interestingly, the second season of ‘Mental Samurai’ was going to be filmed in a production facility in Madrid. This is because a set was being built there to host the filming of international versions of the reality television series. For instance, ‘Mental Samurai Portugal’ is filmed in Madrid, according to the following post:

However, due to the Coronavirus crisis at the time of the scheduled filming, ‘Mental Samurai’ had to resort to filming at its original location: Warner Bros. Studios in Burbank. It was speculated that the show was going to shift its filming to Madrid in a bid to reduce production costs.

Have a look at the following Instagram post, which was uploaded by a member of the live studio audience. It reveals how the show is filmed on Stage 24 of the Warner Bros. production facility. It is the same soundstage which was used to film ‘Friends.’