Who is Merlin in Cursed? Was He A Real Person? 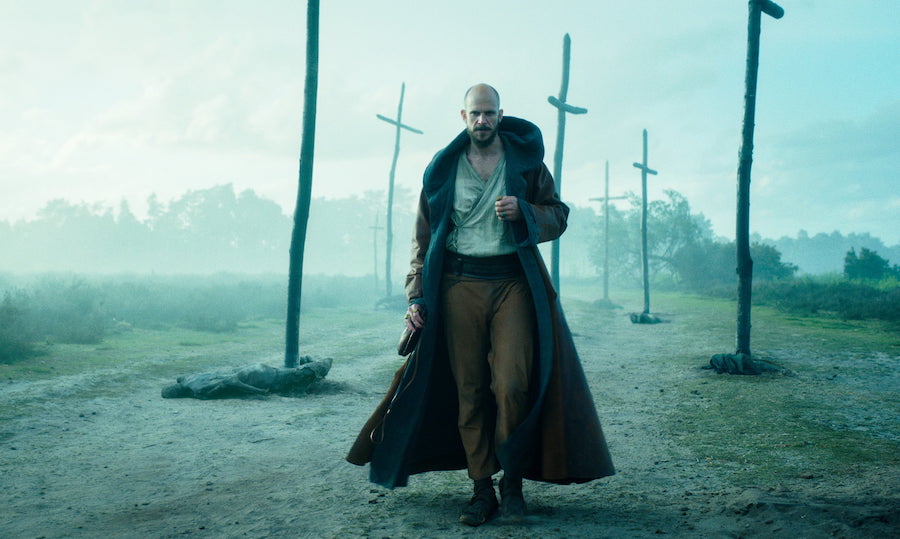 Nimue’s story in ‘Cursed’ begins with a massacre. Her village is destroyed by the army of the Church, and amidst all the death and destruction, her mother gives her the responsibility of delivering a mystical sword to a man named Merlin. One of the most familiar sorcerers to the lovers of fantasy, Merlin is an iconic character in his own right. The Netflix show presents a different version of his story, and makes a lot of changes from the way he was portrayed in the original. Here is all you should know about him.

Who is Merlin? How Is He Related to Arthur? 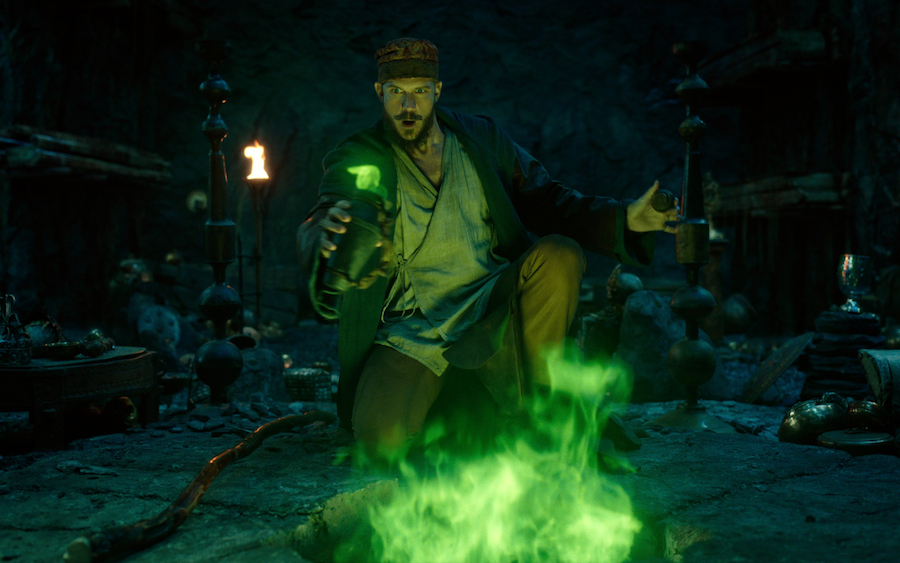 ‘Cursed’ introduces Merlin to us as an infamous sorcerer who serves as a counsel in King Uther’s court. The same description pretty much sums up his role in the Arthurian legends. He was a wizard who forged an alliance with King Uther Pendragon, and became a key figure in not just his political, but also personal life.

Despite the magnanimity of Merlin’s character, the first season of the Netflix series doesn’t touch upon his origins. He is described as a disgraced Fey, but he is clearly much more powerful than any Fey kind and has been around for at least a couple of centuries. According to the Arthurian legends, he is born of a mortal woman, but the identity of his father remains rather mysterious. In one version, it is believed that Merlin was conceived soon after the time of Christ. He was supposed to be the Antichrist, who’d repave the path of humanity’s doom after Christ redeemed them with his sacrifice. This plan was thwarted by a priest who baptised Merlin just in time. This explains the origins of the supernatural powers possessed by the wizard. In other versions, his father is one or the other form of supernatural creature.

Merlin is best known for serving as the advisor of King Arthur, who was conceived after Merlin helped Uther to seduce Igraine. In some versions, he also takes the responsibility of bringing up Athur, and pushes him towards the destiny of wielding the Excalibur. He is also known for making the Round Table that united the knights under Arthur’s reign.

While his magic made him one of the most powerful characters in Arthur’s story, it also led him to his end. He was approached by Viviene, also known as Nimue or the Lady of the Lake, who wanted to learn magic from him. In some versions, that woman is Morgan le Fay, Arthur’s half-sister. Merlin teaches her all of his tricks and secrets, and falls in love with her. In the end, she traps him in a cave, for reasons that are conflicted by various versions. In some, it was because the Lady wanted to be the most powerful sorcerer, while in the others, she was simply fending off his unwanted advances. In any case, he was not heard from again.

Was Merlin A Real Person?

Much like other characters in the Arthurian legend, Merlin’s existence in reality remains questionable, more so because of his magical origins. He seems to have been inspired by Myrddin Wyllt, a North Brythonic prophet who went mad after the Battle of Arfderydd at Arthuret in the latter half of the 6th century. He was found living in the forest and talking to animals, which would have inspired the supernatural elements in the story of Merlin.

Another thing that gives some vague hint of reality to his story is the Paimpont forest in Brittany. It is considered to be Brocéliande, which is where he is said to have been buried by the Lady of the Lake. A cave inside Merlin’s Hill, outside Carmarthen is also believed to be that place. However, none of these connections and speculations have ever led to any hard proof of his existence. As of now, for all intents and purposes, he is an imaginary character.

Read More: What Time Period/Era is Netflix’s Cursed Set In?