Will There be Season 6 of Merlin or is it Cancelled? 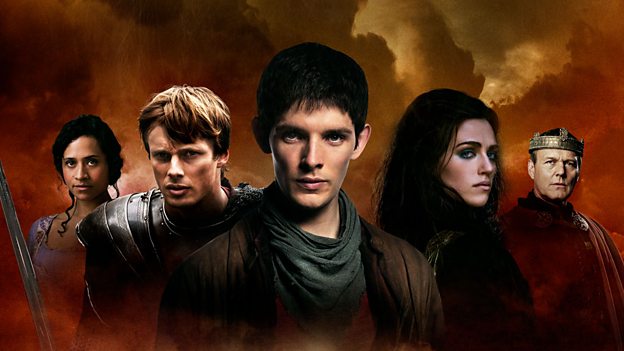 ‘Merlin’ is a fantasy-adventure series, based on the legend of King Arthur and his close relationship with the famed wizard, Merlin. Created by Julian Jones, Jake Michie, Julian Murphy, and Johnny Capps, the show draws its inspiration from ‘Smallville’ and is produced by Shine Limited. Written by Jones, it traces the growth of Arthur and Merlin from their younger days.

The medieval drama chronicles the events when Arthur’s father, Uther Pendragon, prohibits the use of magic in Camelot and announces it as an offense that is punishable by death. This forces Merlin to hide his powers from common sight, except his mentor Gaius. While Arthur transforms from a naive, introvert boy to a mighty king, Merlin grows into an icon who shapes the future of Camelot.

Merlin Cast: Who’s in it?

Colin Morgan from ‘The Fall’ fame stars in the titular role of Merlin, Arthur’s servant and Gaius’ ward. Merlin is blessed with magical abilities, a power that he hones secretly with the help of Gaius since both kings Uther and Arthur condemn the artform. Several times, Merlin is accused of practicing sorcery but it is never proved. Alongside Gaius, Lancelot is also aware of Merlin’s secret. Merlin has an alter-ego, “Dragoon the Great”, which he himself has conjured after casting an aging spell. Dragoon infuses terror among everyone, especially in Morgana, who believes him to be “Emrys”, her prophetic nemesis.

Bradley James plays Arthur Pendragon, the current prince and future king of Camelot. Arthur commands his kingdom’s knights and often is hesitant to carry out his father’s cruel acts since he harbors a kinder, more compassionate side. Arthur seeks justice for those who are falsely accused of crimes they did not commit. He offers a warm welcome to some regular citizens — Lancelot, Gwaine, Mordred, and Percival and makes them his knights. Later, he falls in love with Gwen, a simple serving girl. Gradually, he develops a close bond with his servant Merlin and makes him his trusted confidant. He does not know that Merlin has saved him several times using magic. Arthur considers lifting the ban on magic but later goes against his words when magic ends up killing his father.

Angel Coulby stars as Guinevere (“Gwen”), Morgana’s servant and the future Queen of Camelot. When Gwen develops a relationship with Arthur, the latter’s father does not accept it and even accuses her of witchcraft. However, her popularity among the commoners makes her a sought-after woman and enables citizens to approach the king without fear.

Katie McGrath plays Morgana Pendragon, Uther’s ward as well as his daughter. Morgana possesses magical powers and is essentially a kind, empathetic young woman. She slowly grows to despise her father when she realizes that his hatred for magic would never cease. Additionally, she also knows that he would not accept her if he discovers her hidden abilities. Morgana starts plotting against her father and gradually progresses to become the primary antagonist on the series. She wishes to overthrow Arthur from the throne and realizes that Merlin is her ultimate foe.

Anthony Head stars as Uther Pendragon, the stubborn, harsh ruler of Camelot. Uther is tough on his son, puts a ban on magic, and his cruel rules earn him many enemies. He is heartbroken when Morgana betrays him. Richard Wilson plays Gaius, the court physician and Merlin’s mentor. He was previously a sorcerer and currently helps Merlin in honing his talents. He is Uther’s trusted adviser, a wise man, and instantly realizes what is wrong when magic threatens to destroy the kingdom. Nathaniel Parker is Agravaine de Bois, Arthur’s uncle who takes over the throne after Uther’s demise. He acts as a trusted advisor to Arthur but is later revealed as Morgana’s spy.

John Hurt is the voiceover artist for The Great Dragon, the last from his species after Uther kills his entire clan and imprisons him in a cave. The Great Dragon always gives advice to Merlin, though a bit grudgingly, and forges the sword of Excalibur for Arthur. He consistently demands his freedom, to which Merlin eventually agrees. However, the dragon, in order to avenge the death of his kin, attacks Camelot. But Merlin, being a descendant of the long line of dragonlords, uses his power to subdue the Great Dragon.

Merlin Plot: What is it about?

Merlin arrives in the kingdom of Camelot after his mother arranges for his stay with the court physician Gaius. He is a young warlock and soon discovers that Camelot’s king, Uther Pendragon banned magic before two decades and imprisoned the Last Dragon under his castle to set an example for offenders. When a mysterious voice whispers in his head, Merlin descends into the cavern and discovers that the Great Dragon was speaking to him. The latter informs Merlin that he has a task in hand — to protect Uther’s son, Arthur, who would later revive the art of magic in Camelot and unite the land of Albion.

After Merlin meets Arthur, the former thinks that the young prince is haughty and self-centered. Even Arthur’s first impression of Merlin is not great. But when Merlin saves his life, he is appointed as the personal servant. The two boys embark on multiple adventures and slowly become close friends. However, when Morgana turns against Camelot, Merlin and Arthur must join hands to save Albion.

Merlin Season 6 Release Date: When will it premiere?

‘Merlin’ season 5 premiered on BBC One on October 6, 2012. After spanning 13 episodes, it wrapped up on December 24, 2012. In 2012, it was officially announced that the fifth season was its last installment, which concluded with a two-part finale. Comprising a total of 65 episodes, ‘Merlin’ ended with a successful run in 2012. So yes, there won’t be any additional seasons, unless some network decides to revive the series, in which case, rest be assured that you will hear about ‘Merlin’ season 6 first from us. In the US, this British series aired on Syfy. However, you can also catch all its episodes on Netflix.

You can check out the official trailer of ‘Merlin’ season 5 below.