Netflix has consistently found ways to bring to us unconventional thrillers, that not only leave us on the edge of our seats, but also have something new to offer to the genre. A reason for this is, of course, the immense bingeing potential of thrillers, and they have largely proven to be fruitful for the streaming service. Some of their most successful ones include ‘Mindhunter‘, ‘Dark’, and ‘You‘ among several others. But when I first heard about Netflix’s ‘Messiah‘, a geopolitical thriller with a religious twist, I really did not know what to expect, especially due to its highly controversial premise.

The series, created by Michael Petroni of ‘The Book Thief’ fame, centres around a man who claims to me “Al Massih” and a CIA officer investigating him. The man is believed to be the second coming of Isa/Christ, and attracts a large number of followers as he crosses borders and performs “miracles”. But of course, there is no proof of where he came from, who he is, and what his intentions are.

Is this man (with his long Jesus like dreadlocks) really the savior that he claims to be or just a really good con-artist? Or worse, is he a part of an apocalyptic propaganda by some terrorist organization who has been brainwashing innocent believers? This is precisely what the series explores. Now, despite not knowing what to expect, this left me highly intrigued because ‘Messiah’ promises that there is a lot more than what meets the eyes. And lucky for us, it instantly delivers. Let me tell you, no other show has left me this hooked so quickly right from its premiere in a really long while. 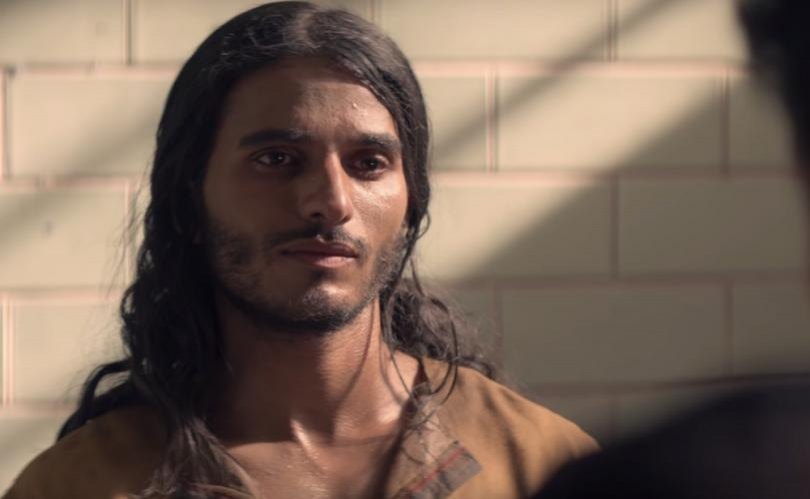 ‘Messiah’ begins with little Jibril talking to his mother after a nightmare of someone getting shot. His mother soothes him by quoting the Quran, “Nothing shall befall us, except what God has ordained”. It then takes a leap to the present and has a much older Jibril (perhaps in his late teens) grieving and burying his mother in secret. We then realise that we’re in the ancient city of Damascus, Syria, during to the resurgence of ISIL. The Allied forces have left the region, and several cities in Syria have fallen to the caliphate. Damascus has been under siege for months, with its refugee crisis worse than ever. Nothing but an act of God can save the city from falling to the caliphate, and that’s apparently what happens.

A young man with long hair (Mehdi Dehbi) stands and preaches to the masses in the city. He quotes the same lines that Jibril’s mother did, instantly capturing Jibril’s attention, as the man promises the crowd salvation as a huge sandstorm occurs. Turns out the sandstorm lasted 43 days because of which the ISIL militia finally withdrew their troops. The man, now hailed as “Al Massih” and their savior, has over 2000 followers, including Jibril, with whom he begins a journey through the desert, from Damascus to Israel.

He is arrested in Israel after he crosses the border, and is later interrogated by Aviram (Tomer Sisley). During the interrogation, the man states that he is with God and is delivering a message from his father. He also knows a lot about Aviram, including his name and a secret about a young boy in Megiddo. This begins to trouble Aviram goes back to the cell and finds that the man has disappeared. 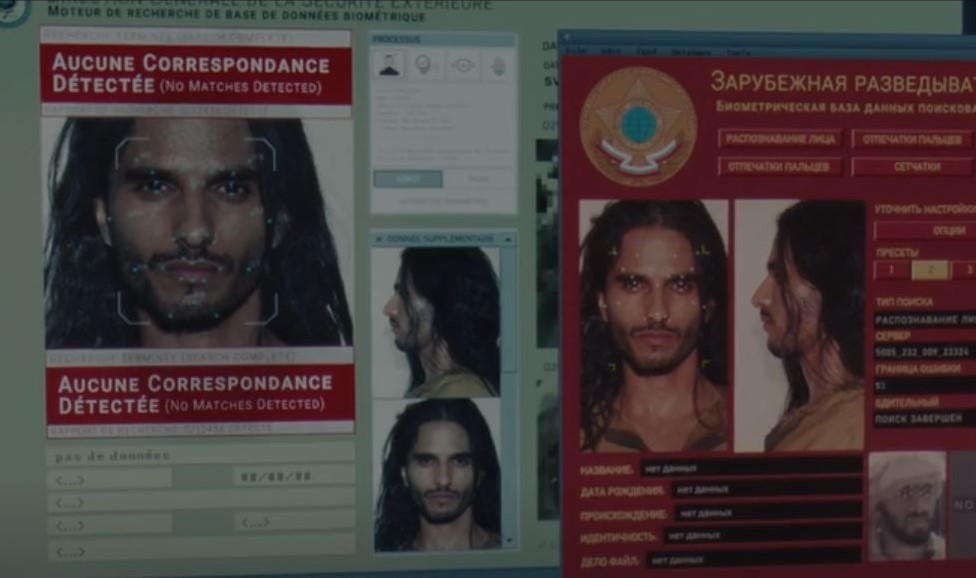 A parallel narrative simultaneously takes place in the episode that centres around CIA agent, Eva Geller (Michelle Monaghan), who we learn is suffering from an illness as we first see her at the hospital. She’s losing hair, hinting that it could be cancer. She also has a somewhat complicated relationship with her father.

The man’s attraction to the masses and his huge following captures her attention and she begins to investigate him. Geller believes that he is an Iranian Shiite, and thinks that he could either be leading these people to their deaths or he is going to build an army of refugees. She thinks it could be a type of apocalyptic propaganda that is often used by ISIL. But despite trying to track the man down, she is unable to find anything about him from anywhere. This leads her to grow more suspicious of this mysterious man, who she fears will be a threat to U.S.A. if nothing is done about him. But Geller is only given minimal resources from CIA who don’t think the man is a threat. The episode also introduces us to Miriam Keneally (Jane Adams), a journalist investigating the appearance of thousands of refugees at the Israeli border.

Firstly, the premise of ‘Messiah’ is deeply engaging, and it’s so refreshing to see something unbiased on the Syrian crisis, along with such a diverse cast, delivering great performances that keep you hooked every second of the nearly 50 minute long episode. About the man claiming to be “al Massih”, what is fascinating is that there is really no way to tell who he is and his intentions, as on one hand he definitely does seem suspicious, but on the other, he is actually helping these refugees and is also against war and violence.

What’s interesting about the show is that it serves as a modern retelling of the Christ coming, or rather his second coming at a time filled with violence and scepticism. The episode is aptly titled “He That Hath An Ear” as it all about the people who listen to him at a time of crisis when they need hope the most, and learn to believe in him. While others, remain deeply suspicious for obvious reasons. If a man randomly shows up and tells you he is with God, what would you really do? One thing I also find really fascinating is that the episode introduces us to characters with names directly from the Bible predicting their importance in the series at it progresses. We have Jibril (Gabriel in Christianity) and Aviram both characters from the Quran.

If I could make predictions based on the premiere of ‘Messiah’, it would be the following: If “Al Massih” is really a scam, and maybe even if he isn’t, I sense trouble for Jibril. Jibril is young, naive, and certainly in awe of the man. During an interaction between the two, the man tells him, “God is going to ask some difficult things of you”, which to me hinted of something not very pleasant in store for young Jibril. If “Al Massih” is really brainwashing people, it could lead to Jibril doing something really drastic, and even violent, to prove his loyalty and beliefs.

On the other hand, if the series does not reveal the man to be a fraud, I think the key dilemma of the series would be the truth, and all that it entails. While conducting an interview, Geller states, “The truth may look grey but I assure you it is not”. Something tells me that as the show progresses Geller will begin to question this, and it will in fact end up being the central question of the thriller series. Either way, I cannot wait to find out all that ‘Messiah’ has to offer especially after its engaging and thought-provoking premiere.