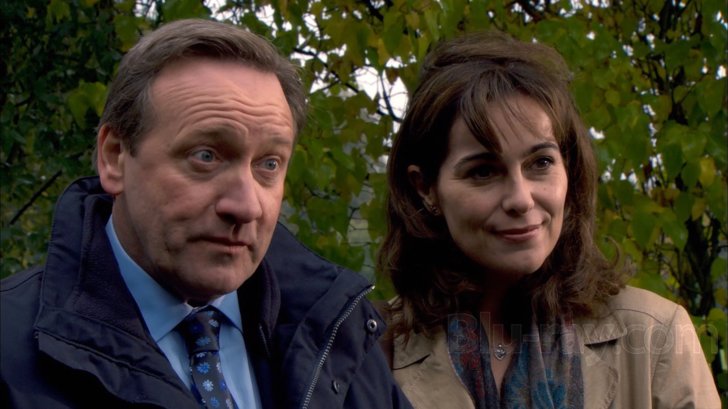 ‘Midsomer Murders’ is a British detective television series that airs on the ITV network in the UK, and is available in the US and Canada on streaming platform Britbox. The show is based on British novelist Caroline Graham’s Chief Inspector Barnaby book series that has seven novels – The Killings at Badger’s Drift (1987), Death Of A Hollow Man (1989), Death in Disguise (1992), Written in Blood (1994), Faithful unto Death (1996), A Place of Safety (1999), and A Ghost in the Machine (2004).

For those unaware, ‘Midsomer Murders’ is an old show with a rich history. The pilot episode of the show was first aired on March 23, 1997, and full series consisting of four episodes hit viewers’ screens on March 22, 1998. Since then, the show has seen a whopping 20 seasons air, and has also seen its major changes in its list of main cast members. Despite its insanely long run and changes to its cast, ‘Midsomer Murders’ still enjoys the same, if not more popularity, as it did back in the day.

Midsomer Murders Cast: Who is in it?

Being a show which has spanned over two decades, ‘Midsomer Murders’ has a cast list that’s quite extensive.

As far as the main character in the show is concerned, John Nettles played the role of Detective Chief Inspector (DCI) Tom Barnaby for 13 seasons before he retired from the show in 2011. A former MI6 agent working at the Causton CID, Tom was portrayed as an exceptionally patient and methodical man, whose perceptiveness and attention to detail ensured that no clue escaped his eye. Tom’s wife Joyce was played by Jane Wymark, who exited the show along with Nettles when Tom retired.

Following Tom’s retirement, Neil Dudgeon stepped into the shoes of Tom’s younger cousin DCI John Barnaby, who assumed his hugely successful cousin’s mantle. Despite being a Psychology graduate from the prestigious Durham University, John gets off to a rocky start when he joins Causton CID. However, as he gains experience, he becomes a formidable investigator worthy of being Tom’s successor. Along with Dudgeon, Fiona Dolman entered the show in Season 14 as John’s wife Sarah.

Apart from the protagonists, be it Tom or John, other characters who are important to the show include the detective sergeants (DS) the protagonists work with. Throughout the lifespan of the show, there have been several sergeants who have taken part. Daniel Casey played the role of Tom’s assistant DS Gavin Troy for the first seven seasons of the show, while John Hopkins played DS Daniel Scott in Seasons 7 and 8.

In Season 9, Jason Hughes joined the show in the role of DS Ben Jones, and stayed till the end of Season 15, before rejoining the cast again in Season 19 as a guest. In Seasons 16, 17, and 18, Gwilym Lee played the role of DS Charlie Nelson, but she was replaced in Season 19 by Nick Hendrix, who took up the role of DS Jamie Winter. Additionally, Kirsty Dillon was in the show for a while, playing the role of detective constable (DC) Gail Stephens.

Midsomer Murders Plot: What is it about?

‘Midsomer Murders’ is set in modern-day England and is based on the Chief Inspector Barnaby novel series. The show does not have a specific locale in which it is set, and instead focuses on murders that take place in and around the picturesque but deadly villages of the fictional county of Midsomer.

The administrative headquarters of the county is a medium-sized town called Causton, where first Tom, and later John, serve as DCIs in the Criminal Investigation Department (CID). As far as the plot of the show is concerned, there is no major cohesive narrative and episodes typically follow DCI Tom or DCI John as they go about the county of Midsomer solving vicious murders. Of course, characters have story arcs that revolve around their personal lives and their relationships with other characters, but none of these take on more importance than the cases themselves.

Yet, despite being a show about grisly murders that take place in picturesque settings, humour is a very important aspect in the show. This humour, which is mostly dark in nature, is expressed not only through funny quips and dialogue, but also through the crimes themselves. For instance, there is one episode in which a woman is murdered with a giant wheel of cheese. Many scenes, also, are quite funny, and is bound to make you chuckle despite the show’s serious overtones.

As far as reception is concerned, television critics have had mixed reactions to it. That being said, the show remains an absolute favourite among viewers, which explains its ongoing 20-season run. On IMDb, ‘Midsomer Murders’ enjoys a good overall rating of 7.8/10, based on nearly 20,000 votes.

Midsomer Murders Season 21 Release Date: When will it premiere?

‘Midsomer Murders’ season 21 is premiered on December 1, 2019 on Acorn TV. It will also be available in the US for streaming on BritBox. The fourth episode released on December 25, 2019.

The show will arrive for the UK audience on ITV sometime later in 2020.

Here is the short trailer for Season 20 of the show.