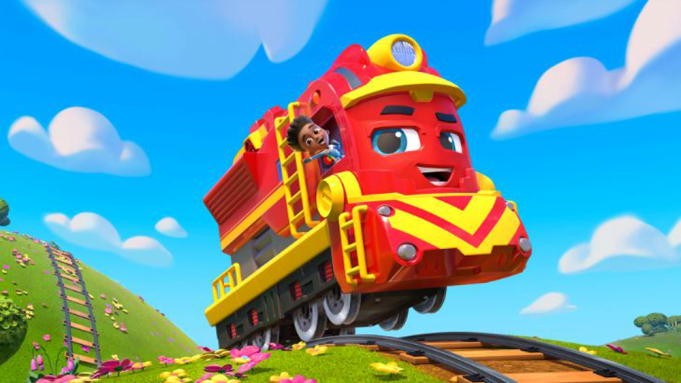 ‘Mighty Express’ is a CG-animated series, geared toward preschoolers, that has drawn comparisons with ‘Paw Patrol’ — minus the dogs and plus the trains. Here, a group of kids and anthropomorphic trains, with varying skill sets, get together and embark on different adventures. Helmed by the creators of ‘Paw Patrol’, the show focusses on values like friendship and teamwork. ‘Mighty Express’ released its first installment, comprising a bunch of mini-episodes in September 2020. Now, for parents and adults who are awaiting news on when the next iteration will land on Netflix, we are here to help you out with the exact details.

‘Mighty Express’ season 1 premiered on September 22, 2020, on Netflix, in all its entirety of 10 episodes. Spin Master Entertainment, the production house behind the project, is notable for creating stories and endearing characters, bound to keep the preschool audiences engaged. And Netflix, after onboarding ‘Mighty Express’, furthered their commitment to delivering content on multiplatform franchises.

The production team was already certain that following the debut of ‘Mighty Express’ on the streamer, the show would open to a good response worldwide. As a result, while announcing the show, Spin Master had revealed that it had received a total order of 52 episodes! Yes, you heard that right! We will be getting multiple seasons of ‘Mighty Express’ in the near future — since season 1 consisted only of 10 episodes.

As far as the release date of the second iteration is concerned, we expect a short waiting time (since the episodes are already commissioned). In all probability, ‘Mighty Express’ season 2 will premiere sometime in early 2021.

The main characters of ‘Mighty Express’ comprise a group of kids and their anthropomorphic train buddies. The trains of Tracksville have special powers and rhyming names like Freight Nate, Mechanic Milo, Rescue Ray, Build It Brock, and Farmer Fay. All the characters are voiced by a mix of talented voiceover actors like Jay Hatton, Joe Hatz, Meesha Contreras, Dylan Shombing, Tyler Nathan, Leo Orgil, Michela Luci, Ian Ho, Evan Lefeuvre, and Annick Obonsawin, among others. In season 2, the entire ensemble voiceover cast will make a comeback.

Mighty Express Season 2 Plot: What Can it be About?

Each episode of ‘Mighty Express’ kicks off with an adventure — where the participants comprise the kids who run a train station + their anthropomorphic train friends with special powers. Their heroic quests begin with a board in the trainyard that showcases the cargo, origin, and destination. The massive vehicles and their young human companions then set off to tackle obstacles while finishing their deliveries. Of course, the success of their trials depends on their friendship and teamwork. Season 2 will embrace the same format and continue to chronicle this gang as they participate in several more imaginative adventures in an expansive world.