Are Mike and Aziza From 90 Day Fiance Still Together? 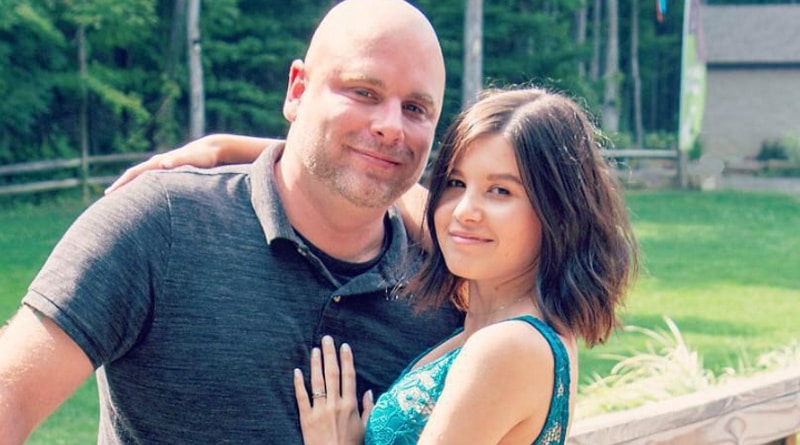 ’90 Day Fiance’ may just be another reality TV show for us to watch and entertain ourselves with, but for the couples who appear on the show, it’s a way to get closer to their happily ever afters. The show gives a platform to international couples to share their stories and struggles with us as they try to get married in the 90 days as per the K-1 visa requirement. While for some couples its easy, for others it’s a lot of compromises and work.

Mike Eloshway from Cleveland, Ohio, met Aziza from Russia, on a language acquisition website. Although their relationship, in the beginning, was strictly platonic, when Aziza wanted to come to the U.S. to work, but was denied a visa, their friendship turned into a romantic relationship. In the summer of 2014, Aziza finally came to the U.S. to start her life with Mike and their ’90 Day Fiance’ journey began.

Neither of them was looking for love, but when they found it, they didn’t want to let it go, even if it happened to be with someone miles away in another country. The international aspect of their relationship did cause the couple to have a few problems when Aziza first came to live with Mike.

Mike’s family was always skeptical about Aziza and her motivations, especially since it was no secret that she had tried to obtain a U.S. work visa before but was unsuccessful. On the couples time on season one of ’90 Day Fiance,’ we even saw Mike’s mother confronting Aziza at her bachelorette party. Cultural differences also played a role in Aziza’s relationship with his mother and made things a little awkward.

Another issue arose when Mike told Aziza that he couldn’t wait to start a family with her. She admitted that she was hesitant to be intimate with him and thought that they should try for kids once they get settled in more. Fortunately, their differences or Aziza’s discrepancies with his family didn’t have a long-lasting effect. And although she was sad that her family couldn’t attend the wedding, the couple moved ahead with their plans and got married before the 90 days were up.

#tbt to that one day I had this pretty dress on. This is one of my most favourite pictures of us💏 Not only because it's our wedding day (duh), but also because look at this stud😍 @meloshway you be looking fiiiiineeee 💋🤣 And of course my dress💙 I actually have it preserved in a sealed display box (how extra am I?😃), so it can be stored for a looong time. And if I ever have a daughter, she better wear it to her wedding!👰😬No, just kidding. But I think it would be cool for my theoretical future daughter to see how skinny her mom once was💃👌😉 ************** Я просматривала старые фотки и наткнулась на этих двух счастливых людишек. Одна из моих самых любимых совместных фотографий. Потому что во-первых свадьба (естесссно), а во-вторых потому что этот мужчина ну такой 🔥😍 здесь. Ну и конечно же плааааатье👰 Оно у меня кстати упакованно в специальную запечатанную коробку с большим окошком чтобы видно было (это слишком или не?😆) Такую штуку предоставляют свадебные салоны, чтобы платье сохранилось в первозданном виде надолго. Вот будет у меня когда-нибудь дочь, заставлю ее надеть😆👰 Ну или пусть хотя бы посмотрит какая у нее мать когда то худышка была👌😉 #davidtutera #wedding #weddingdress #usalifestyle #ohio #cleveland #russianbloger #russianinusa #patcatans #свадьба #свадебноеплатье #90dayfiance

Are Mike and Aziza Still Together?

Yes, they are! The loved up couple is still together and has been married for over six years now. Aziza even changed her last name to her husbands’ and is now officially Aziza Eloshway. Furthermore, just like she wanted, the couple waited to start a family together but welcomed their first child, a daughter named Olivia Joan, in January of 2019. Mike and Aziza are also parents to three adorable furry babies.

Mike currently works as a technical support specialist for the Cleveland Municipal Court, and Aziza works in an optics lab. They both work hard, but they make sure to travel together in their free time. The couple has even visited Aziza’s home country of Russia on a few occasions.

Aziza keeps all 90-day fans updated with everything that is happening in their lives together and as a family on her public Instagram account. Most of the recent pictures on there are of her daughter, which shows just how much of a proud mama Aziza is. You can check out a couple of her posts below:

Mike and Aziza have proved that even when you’re not looking for love, it will find a way to sneak up on you. And all you have to do then to get your happily ever after is stay true and have good intentions.

Read More: Are Yamir and Chelsea From 90 Day Fiance Still Together?