Mike and Maryse Mizanin From Miz & Mrs: Everything We Know

It is understandably difficult to contemplate how the backstage of a wrestling ring can become the platform for two hearts to unify as one. But unusual as it may be, it is still not impossible. One of the most endearing couples to have come out of WWE is Mike Mizanin and his now-wife, Maryse. They have literally been seeing the world together since their union in 2007. Their journey together comprises interesting phases like being tag team partners and talent-manager duo to becoming parents to two tiny tots. Curious to know when and where it all started? Here is everything we have found out!

How did Mike and Maryse Meet?

The story of how the ‘Miz and Mrs.’ stars’ paths crossed is far from love-at-first sight. Formerly a model, Maryse came to the now-defunct ‘Diva Search’ in 2006. Mike “The Miz” Mizanin had already made a name for himself in 2001 after his stint on MTV’s ‘The Real World: Back to New York.’ He played the host at the show Maryse appeared as a contestant. 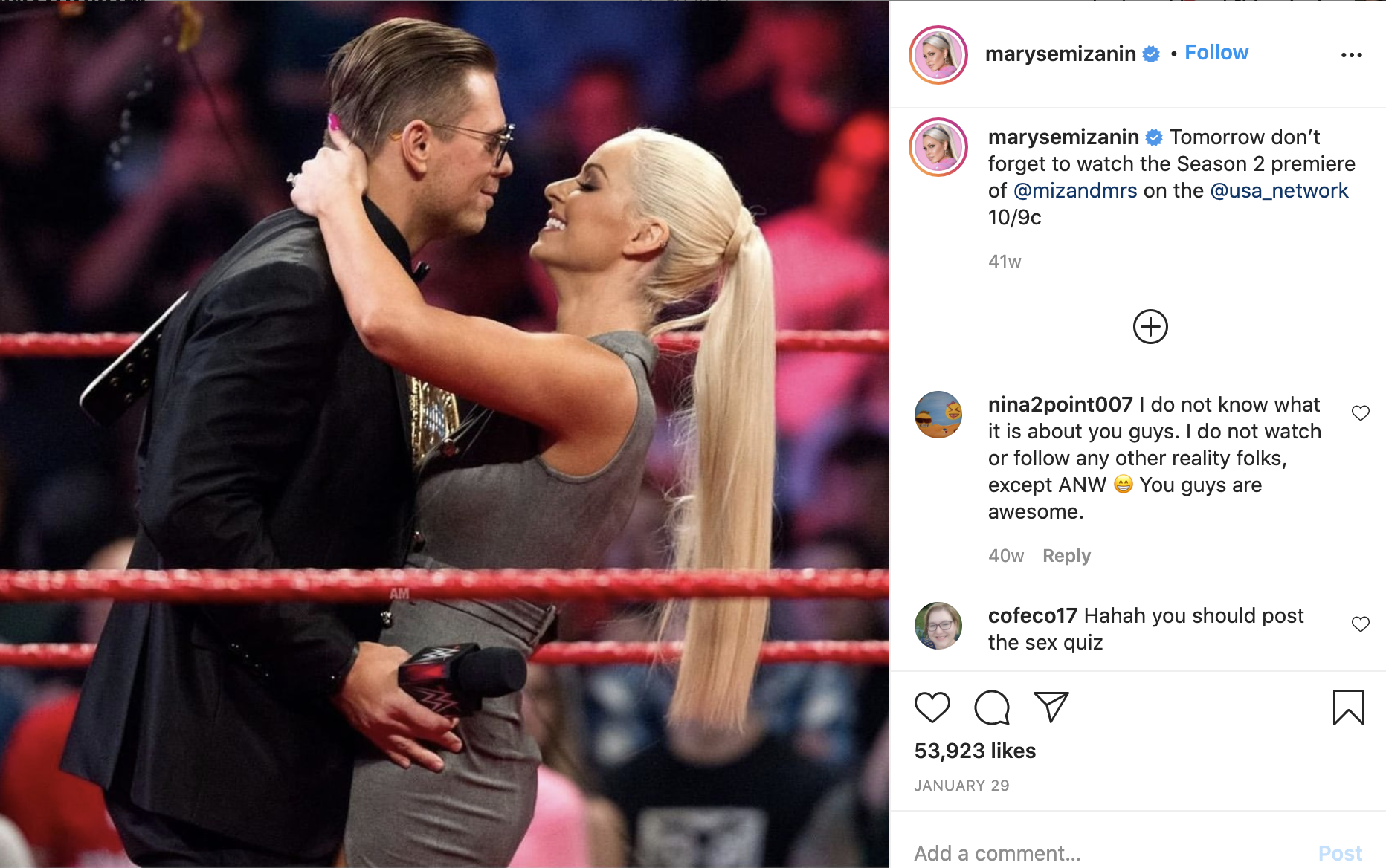 The French-Canadian struggled with her English during the talent competition held by WWE, the biggest sports entertainment industry. Because Mike left no chance to poke fun at her based on her language inefficiency, Maryse decided to channel her frustration into a light-hearted but mean theatrical enactment. This was surprisingly the first impression they had of each other.

About a year later, Mike and Maryse met again, this time at ‘Monday Night Raw’ show, and instantly hit it off. He confessed to Cosmopolitan his first thought on seeing the Canadian beauty for the second time, “Man, if only I could get a girl like this. One of these days, I will get a girl like this and I will be so happy.” As it turns out, in fact, he did get the girl who made him the happiest man in the world.

Mike and Maryse: Proposal and Marriage

In February 2013, Mike Mizanin set up the most romantic date at the Ritz-Carlton in Los Angeles to propose to the love of his life. He planned it in the very same room where Maryse had first laid her eyes on him six years back. As surprised and happy as she was when he popped the question, she also got flooded by numerous special memories of the past. ‘Diva Search’ was her career’s first big step, and as luck would have it, the show also brought her to “the one.” 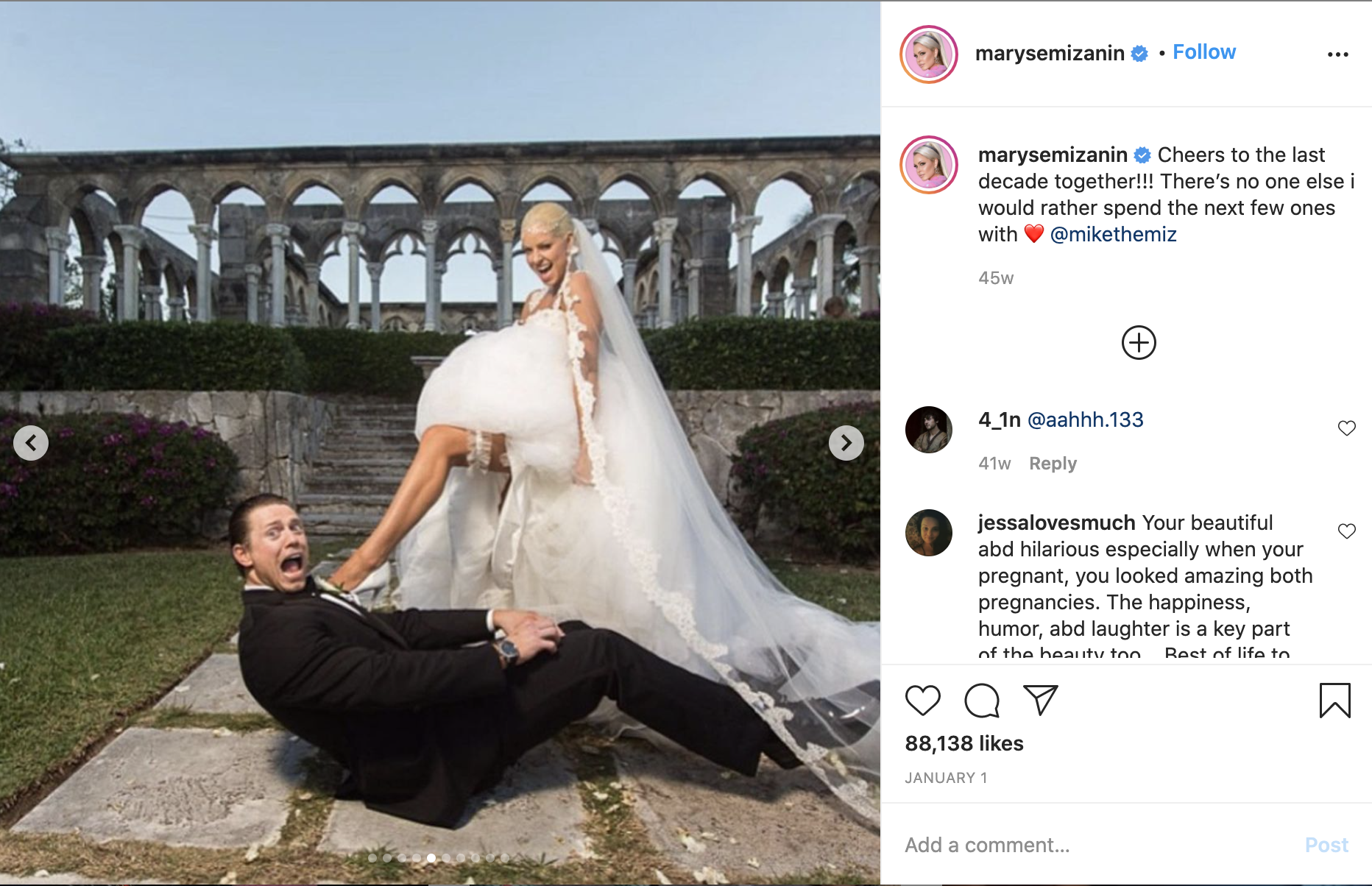 The WWE superstar, Mike Mizanin, married his longtime girlfriend and best friend, Maryse Ouellet, on February 20, 2014. Their nuptials were held at The One and Only Ocean Club in the Bahamas. Their family and closest friends graced the special occasion. Previously Mike’s fellow wrestler, Maryse, had been released from her WWE contract in 2011 as her passion for being an entrepreneur kicked in.

She has since pursued a successful career in real estate, skincare products business, and became the co-founder of a production company, MAD ROE Productions. In 2016, she returned as her husband’s manager, and the two had the best of times working together. Their real-life marriage even became an important element in the WWE ‘Smackdown’ storyline around 2018.

The task requiring Mike and Maryse’s teamwork the most is bringing up two adorable daughters, Monroe Sky and Madison Jade. At the birth of their first child on March 27, 2018, the couple had optimistically announced that they would have a “herd” of babies. But practical sensibilities dawned on them after becoming parents to their second baby-girl on September 20, 2019. 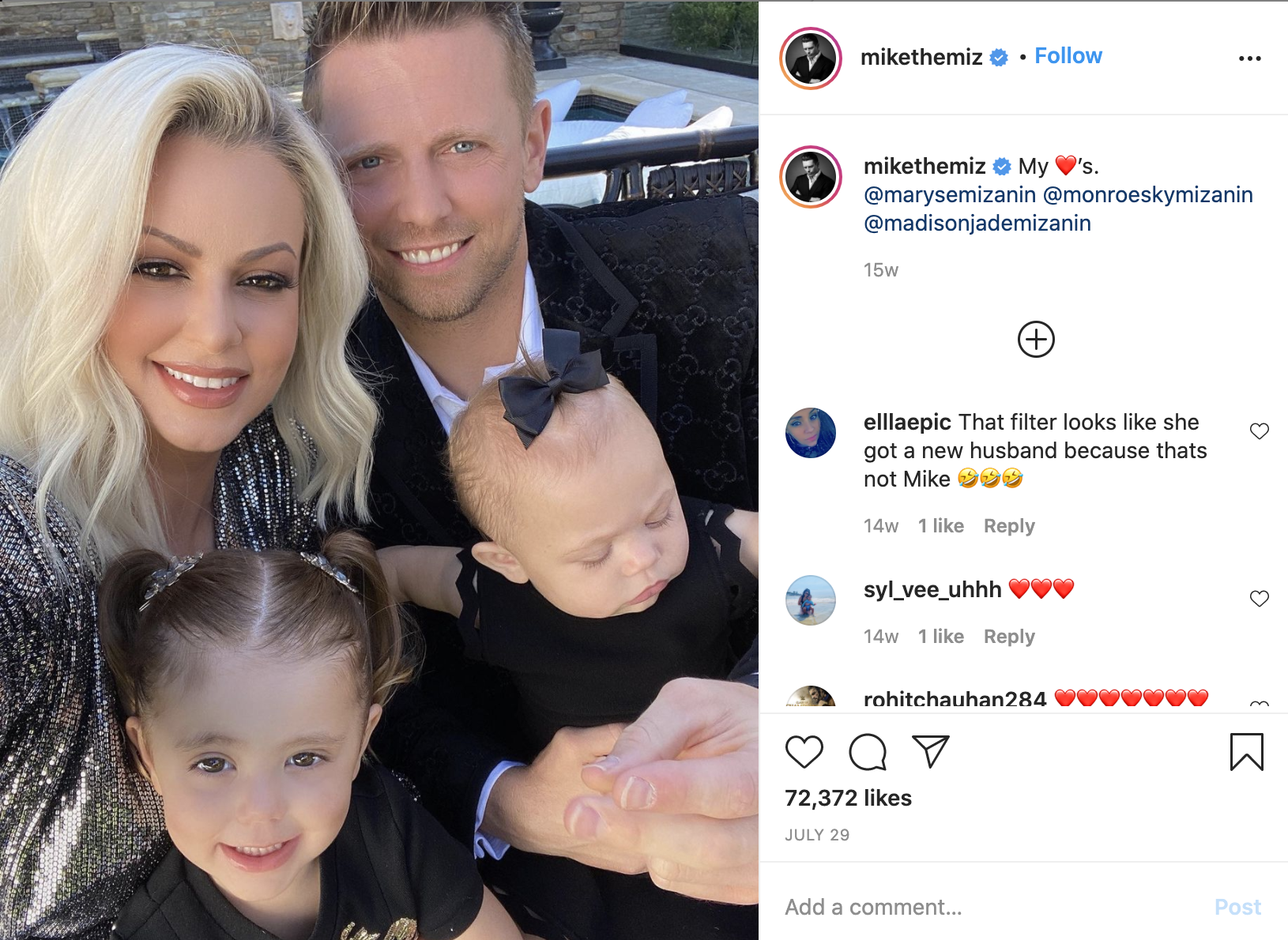 They both realized the enormity of responsibly raising two children, and as of today, do not plan on extending their family any further. Only a month before welcoming Madison, the family had permanently moved to Thousand Oaks, California. Their chaotic but blissfully perfect home-life is the subject of USA Network’s hit reality show, ‘Miz & Mrs.’ 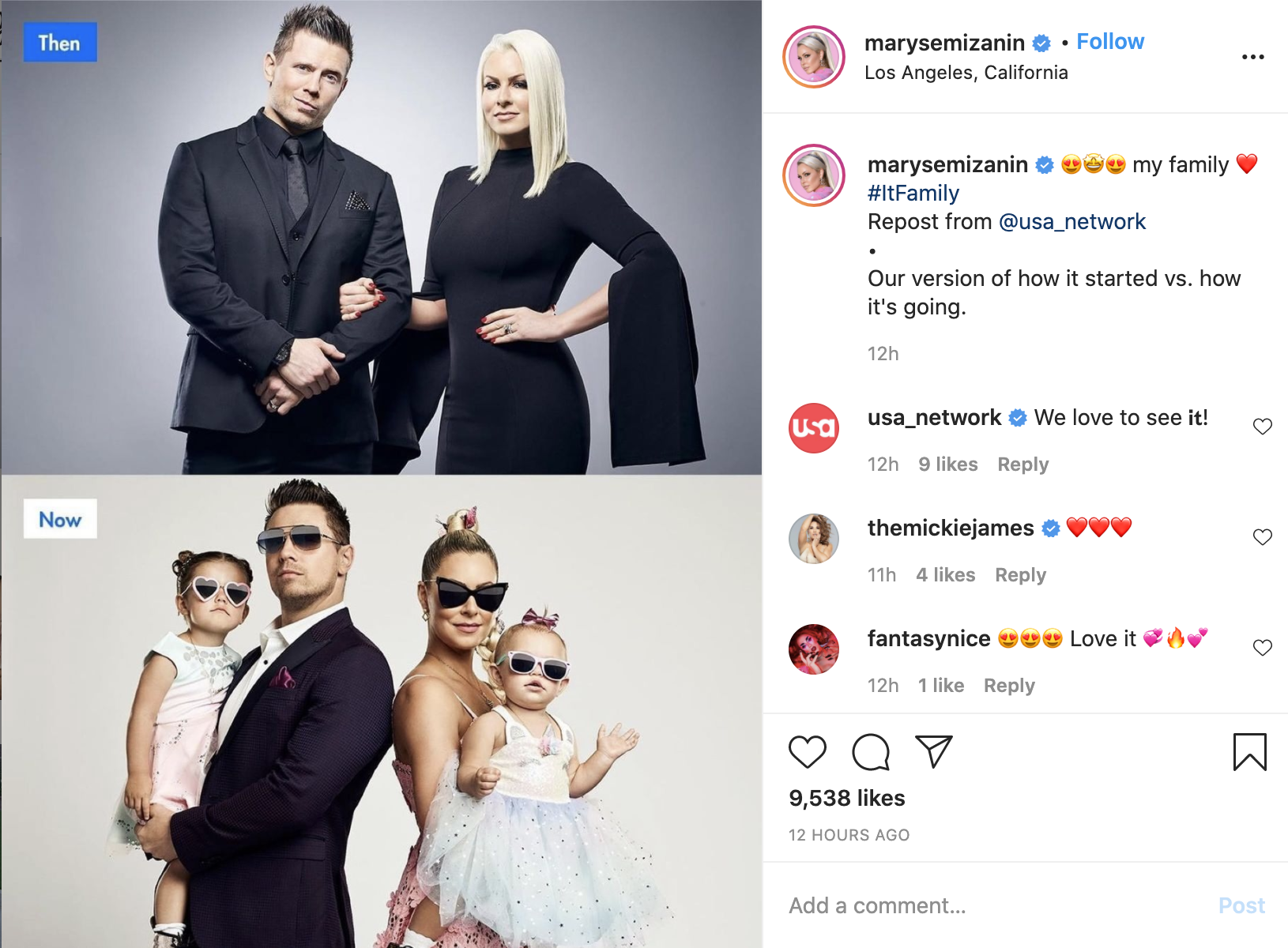