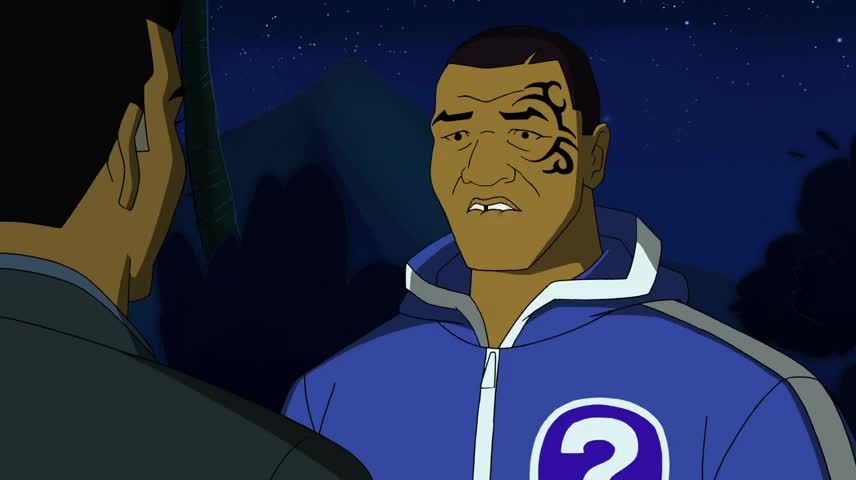 ‘Mike Tyson Mysteries’ is an adult animated series that first premiered on October 27, 2014, on Adult Swim. Mike Tyson is the creator of the show along with Hugh Davidson and Lee Stimmel. The show is directed by Jeff Siergey, Ethan Spaulding and David Maximo. It follows the character of Mike Tyson solving different mystery cases. The show, in all honesty, is a little mix of ‘Scooby-Doo, Where Are You?‘, ‘The Funky Phantom’, and ‘I Am The Greatest: The Adventures of Mohammad Ali’.

The show makes the audience nostalgic about the ’90s. This means the animated show neither has any dark sense of humor like many would say ‘Rick And Morty‘ does, nor it is completely kiddish. The show lingers somewhere in between and has the right proportion of thrills, comedy, and action.

After a solid four-season run, fans are asking whether there will be a ‘Mike Tyson Mysteries’ Season 5. We delve into that after sharing the show’s details.

Mike Tyson, the character, is the lead protagonist of the show and is voiced by Mike Tyson himself. Mike Tyson is a former boxing professional who retired in 2005. He has been the youngest boxer to win the heavyweight title and also, he reigned as the undisputed heavyweight champion.

In the show, Mike plays a retired boxer, who is delusional and unaware of reality. He confuses Elon Musk with Elton John and the grandmaster of chess with a grand-wizard. Well, his confusions do not just stop there, but let’s leave it at that.

‘Saturday Night Live’ star Norm Macdonald, plays the role of Pigeon. Pigeon is simply a talking bird, who is alcoholic and sex-deprived as it used to be a human formerly. Pigeon’s real name is Richard. He is obnoxious and not liked by the other members of Mike’s team.

Yung is voiced by Rachel Ramras, best known for her performance in ‘Nobodies‘. Yung is Mike’s adopted daughter. Yung is often mistaken as a boy, which also becomes one of the regular jokes of the show.

Marquess of Queensberry is voiced by Jim Rash, the popular comedian, and actor, best known for his work in ‘Community’. Marquess of Queensbury is the ghost of the real father of boxing. He is alcoholic, narcissistic, obnoxious and flamboyant. He is often seen giving sensible life advice to Mike.

The recurring characters of the series are Deezy (Chuck Deezy), who is Mike’s assistant, Burt (Hugh Davidson), an NYC limo driver who happens to be quite foul-mouthed, Carol (Jill Matson-Sachoff), Mike’s wife for a short period of time, Jillian Davis (Cheryl Hines), a socialite, and Terry (Rhys Darby), Mike’s acquaintance.

Mike Tyson Mysteries Plot: What is it about?

The show follows Mike and his team visiting Cormac McCarthy’s ranch. He is an author and needs the help of Mike to write the climax of his book. However, Mike and his team soon realize that the ranch is haunted by the cryptic El Chupacabra, and also by Cormac’s rival author John Updike.

In one of the episodes, Mike decides to go on a diet. But, his goal is soon challenged by his sudden undying temptation for munchies. In the following seasons, Mike and his team solve a weird case that is disturbing a soccer mom. There is some insane sound coming from her minivan that is making her mad. Mike and his team try to figure out the source of the sound before it makes them mad as well.

In one of the very highly rated episodes, Mike kills himself and his team. The story starts with a man who seeks the help of Mike to find out why his wife isn’t waking up from a coma. Mike decides to take the form of a ghost (hence the killing) and meet the wife’s spirit.

In the last season of the show, Mike and his team investigate the disappearance of a very wealthy man, whose wife claims that he has been abducted by aliens. Mike completes a task on his bucket list by finding the long-lost twin of a client.

In the following episodes, Deezy disappears after going on a blind date with his online girlfriend. A prisoner escapes from prison after his execution went wrong. Yung decides to quit the team and work in a clothing store and meanwhile, an old woman requests the team to find her talking parrot. In the final episode of the last season, Mike enters a cooking competition and his team is hired by a don, to find the don’s son.

Mike Tyson Mysteries Season 5 Release Date: When will it premiere?

‘Mike Tyson Mysteries’ Season 4 premiered on June 30, 2019, on Adult Swim. The season had a total of 10 episodes and the last episode released on July 28, 2019. The show is getting better with every season and people, especially kids, are loving it. The show is also great for adults, especially the fans of Mike Tyson.

The episodes will never give you a feeling that you are watching anything childish or juvenile. Though there has been no official announcement regarding the renewal of the show, we are sure it will come back soon. We expect ‘Mike Tyson Mysteries’ Season 5 will release sometime around August 2020.

You can catch the trailer below to get an idea of the show.