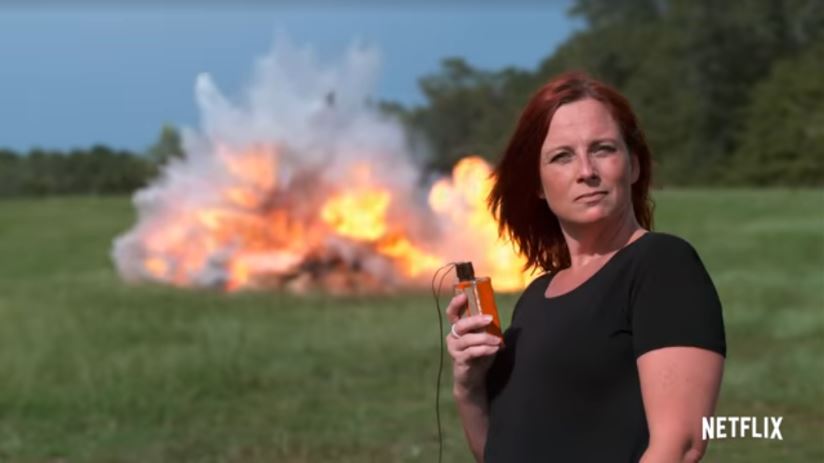 Whenever a show comes with its own “Do not try this at home” disclaimer, even in the trailer itself, you know it’s going to be gripping, thrilling, ridiculously fun, and extremely dangerous. And, that’s exactly what Netflix’s ‘Southern Survival’ is. With professional experts performing stunts and testing out precautionary gear for outdoor situations, the show is a watcher’s delight.

The featured company, the main focal point, is BattlBox LLC, whose team members go to extremes to ensure that the products that they provide us within their monthly subscription boxes actually work. One such team member, who we got the opportunity to be introduced to, was Mikki Montgomery.

Who Is Mikki Montgomery?

Mikki was coined as the Product Specialist at BattlBox in the series. Her official job profile states that she is the Corporate & Procurement Buyer for the company, but that means the same thing. Her job essentially is to get products for the other team members to try out and if it works, she needs to then secure more of it so that they can be packed and sent to their consumer. Mikki is also, to some extent, responsible for overseeing the products that the company designs themselves.

I didn't get this muddy for nothing. Don't Forget to watch the Netflix Original Series Southern Survival. July 3rd! #hueyhelo #netflixseries #southernsurvival

A post shared by Mikki Montgomery (@southernmikkisurvival) on Jul 2, 2020 at 8:13pm PDT

Along with her work at BattlBox, though, – where she has been since November of 2015 – Mikki is also an active patient representative for Response Evaluation in Neurofibromatosis and Schwannomatosis (REiNS), which is an international effort that is trying to develop a standardized response towards the treatment of extremely rare genetic disorders. With her high involvement in both, we think it’s fair to say that along with being extremely hard-working, she is also remarkably compassionate.

Before moving to Statesboro, Georgia, Mikki used to live in Florida, where she spent most of her young life surrounded by the sandy beaches, the hot sun, and the outdoors. It’s probably one of the reasons why she was so attracted to BattlBox in the first place and started working there. Now that she has a life in Georgia – a family, a career, and a bright future, we doubt that she would ever want to leave it all behind.

Mikki is married to a man called Rick Montgomery, with whom she has a beautiful daughter, Paisley. On her social media, she has referred to Rick as the “love of her life” and shown exactly how much he means to her. But, when it comes to Paisley, she mostly just uploads a few pictures of her and then lets them do the talking. After all, we were fortunate enough to see exactly how sassy and adorable her little girl is on ‘Southern Survival.’

We also saw how important family and their safety is for the cast members of this show, so it’s no surprise that Mikki and her husband are even teaching their daughter self-defense. And that way, they are also brushing up on their own skills and knowledge as well.