When photographer Richard Avedon spotted Milla Jovovich in a small town in Ukraine, she was a beacon of beauty as radiating and lively as she is now. The enigmatic looks made her the cover girl of The Revlon company’s ‘Most Unforgettable Women in the World’ series at the age of 11. Milla Jovovich has become an established actress, model and singer in the years followed. But one thing remains unchanged is the rays of enigma radiating from the actress, which gifts her an otherworldly charm. A reason why she has been the official face of the cosmetic giant L’Oreal for such a long time.

Milla started her TV career with the 1988 TV movie ‘The Night Train to Kathmandu,’ produced by Disney. Her big break came when she landed in the lead role of the ‘Resident Evil‘ franchise. The Zombie hunter in ‘Resident Evil’ changed her profile as an actress ever since the franchise started featuring her in 2002. She married ‘Resident Evil’ director Paul W.S. Anderson in 2009. Besides her sprawling modelling and acting careers, Milla is a popular singer with a number of hit tracks and albums in her discography. At this point, the question that might be circling your mind is what is the next Milla Jovovich movie and TV show? Well, the good news is that we have a clear answer to that question. Here’s the list of upcoming Milla Jovovich films/TV shows scheduled to release in 2019 and 2020. We can only hope that the latest Milla Jovovich movies would be as good as some of her recent ones. 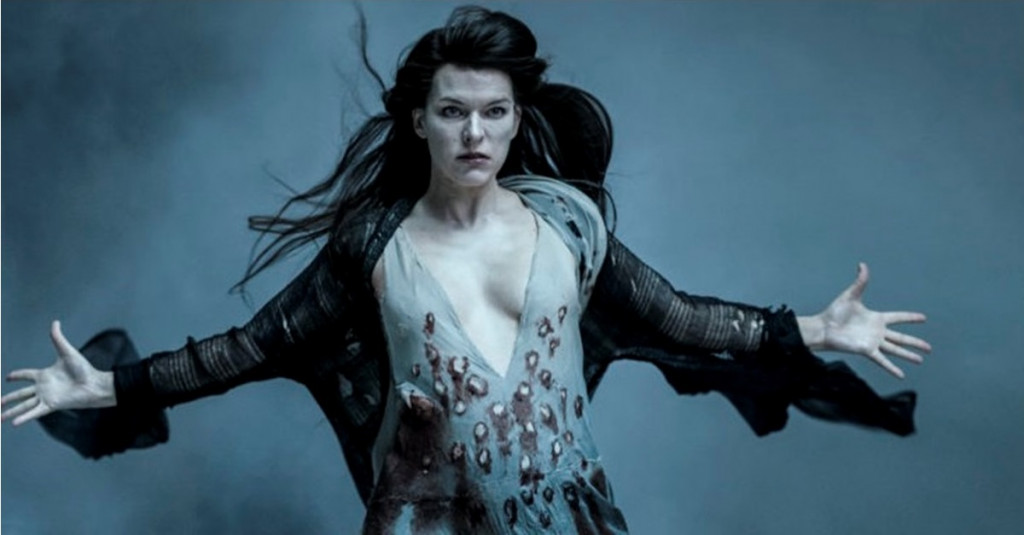 Milla Jovovich fighting David Harbour in the upcoming action flick ‘Hellboy‘ is an exciting premise for her fans. In director Neil Marshall’s new adaptation of the Dark Horse comics, Milla plays the antagonist opposite David Harbour’s titular Hellboy, while Ian McShane plays the important role of Bruttenholm. A recently released trailer of the movie showed Milla Jovovich as Nimue, the Blood Queen, and Ian McShane as Bruttenholm, the chief of the Bureau for Paranormal Research and Defense (BPRD). ”She is the Queen of Blood”, says McShane about Jovovich’s Nimue at the start of the trailer. ”and for good f***ing reason”, he adds. Nimue, the Blood Queen, then cuts her head off and returns from the dead. Don’t forget, the movie originally had a subtitle ‘Rise of the Blood Queen’!

The trailer unravels in the backdrop of a London under the siege of an army of monsters. Harbour’s Hellboy, who wields a flaming sword, declares ”save the world from fucking monsters.” He battles the Blood Queen, Milla’s witch who lived and died in the 5th century. ‘Hellboy’ is the retelling of the critically-acclaimed Hellboy movies, directed by Academy Award winner Guillermo del Toro. Harbour replaces the legendary Ron Perlman as Hellboy in this film. The movie hits theaters on April 12, 2019. 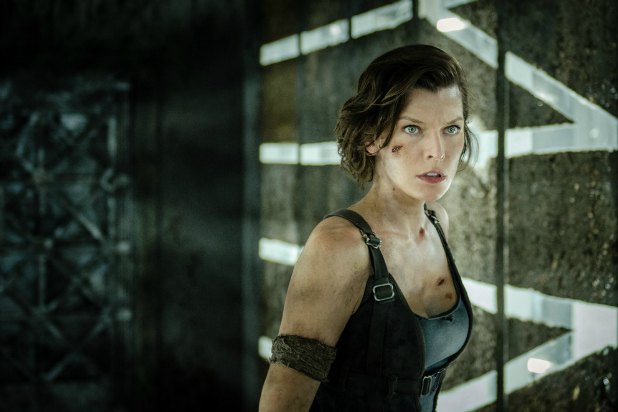 Monsters and Zombies are Milla Jovovich’s home turf. In the upcoming fantasy thriller, ‘Monster Hunter‘ Milla plays Artemis, a military lieutenant who commands a group of loyal warriors. The ‘Monster Hunter’ video game adaptation also features Tony Jaa as the mysterious ‘Hunter,’ who comes to help Artemis and her soldiers. The movie follows Artemis and her squad travelling to parallel earth ruled by ruthless monsters. In the desperate fight for survival that follows, Artemis and the mysterious ‘Hunter’ join forces. Written and directed by Jovovich’s ‘Resident Evil’ director and husband Paul W.S. Anderson, ‘Monster Hunter‘ continues the legacy of the 14-year-old franchise by adapting the theme of a monster hunter hunting down beastly creatures across unearthly places. The movie, which also stars Meagan Good, T.I., Diego Boneta and Ron Perlman, is lined up for a 2020 release. 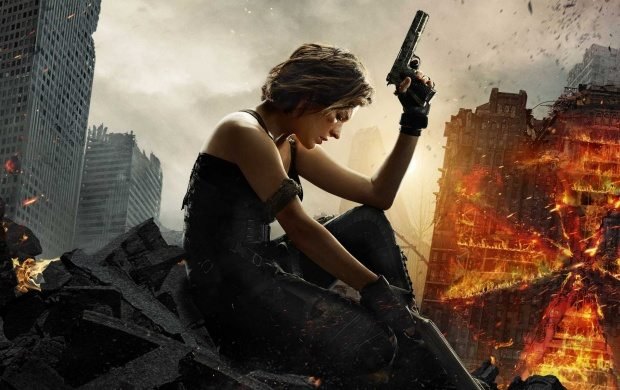 As China becomes a force to reckon with in the world cinema, big stars from Hollywood are lured by the Asian giant. The Chinese are making mammoth productions that can match Hollywood flicks. But only male Hollywood actors could cross over the language, cultural and geopolitical barriers. Milla Jovovich becomes a flag-bearer by crossing over to play an important role in the upcoming action-thriller ‘The Rookies.’ The movie, which is written and directed by Alan Yuen, is co-produced by production firms from mainland China and Hong Kong. Wang Da-lu and Sandrine Pinna also play important roles in ‘The Rookies.’ Director Alan Yuen is known for ‘Firestorm’ and ‘Monster Hunt.’ According to Milla, her Chinese debut started as a cameo and then has been stretched out for more action. ‘The Rookies,’ which is canned at multiple locations in China and Budapest, is lined up for a domestic release on July 5, 2019, while the date for the U.S. release is still unknown. 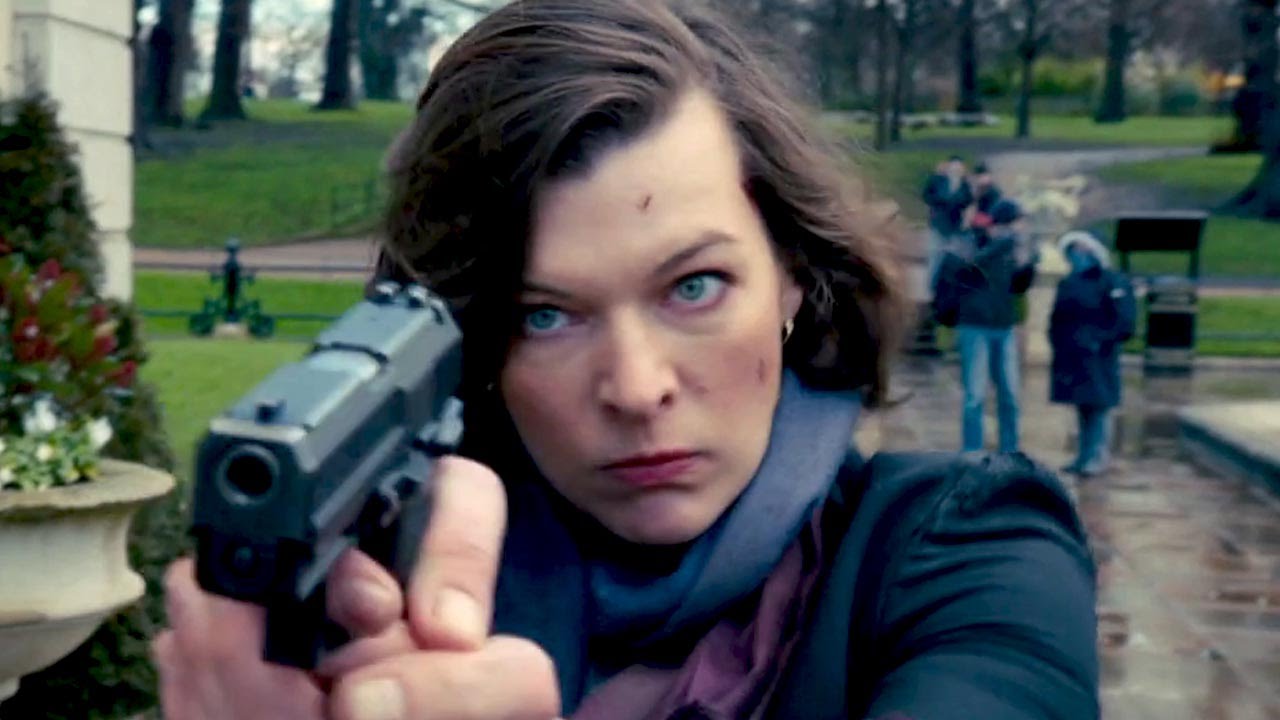 ‘Hummingbird’ is an upcoming sci-fi action thriller based on John McClain’s Black List script. Milla plays the role of a black-ops female assassin. When assigned with a new dangerous mission, she develops a wave of self-doubt that grows into hazardous levels of inefficiency for a secret agent out there in the enemy zones. The project has seen several replacements for Milla’s role. Zoe Saldana and Olivia Munn were cast one after another as the assassin, before Milla replaced them all. Marcus Kryler and Fredrik Akerström, who created Electronic Arts’ ‘Battlefield 1’ video game, direct the movie from a script revised by Milla’s husband, Paul W.S. Anderson.

French director Christophe Gans directs Tom Hughes and Milla Jovovich in the adventure flick ‘Corto Maltese.’ Gans, who is known for movies like ‘Beauty and the Beast,’ ‘Silent Hill’ and ‘Brotherhood of the Wolf,’ directs the movie from a script written by William Schneider. The plot follows an adventurous sailor and his stories set in the early years of the 20th century. Created by comic book author and novelist Hugo Pratt, the plot is considered as a potential franchise vehicle in the lines of ‘Indiana Jones’ and ‘Pirates of the Caribbean.’