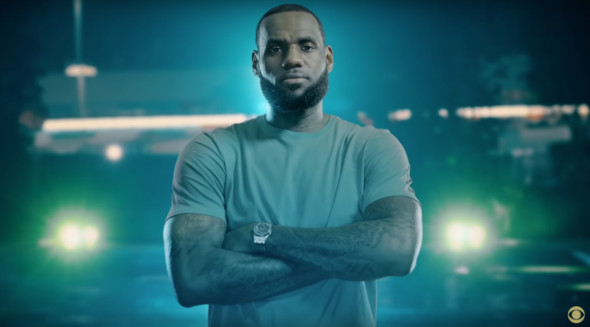 TV Networks are nowadays flooded with competition based reality shows, with the likes of American Ninja Warrior, Ultimate Beastmaster, and The Titan Games (hosted by Dwayne Johnson) to name a few. Million Dollar Mile — an obstacle course competition show – is another name in the growing list of competition based shows. The show airs on CBS and first released on March 27, 2019. It features LeBron James, Maverick Carter, Allison Grodner, and Rich Meehan as the executive producers and Warner Horizon Unscripted & Alternative Television, Fly on the Wall Entertainment, and SpringHill Entertainment as the production companies.

Million Dollar Mile Cast: Who is in it?

Time Tebow hosts this show, alongside Matt “Money” Smith and Maria Taylor, who are the co-hosts. Tebow is a former National Football League (NFL) quarterback and is currently a professional baseball outfielder in the New York Mets organization. His achievements include winning the Heisman Trophy for the University of Florida in 2007, featuring on the BCS National Championship winning teams during the seasons between 2006 and 2008 and playing in teams like the Denver Broncos, New York Jets, New England Patriots, and Philadelphia Eagles.

Smith currently acts as the play-by-play announcer for the Los Angeles Chargers and is a famous sports radio personality. Taylor — a sports analyst and host for ESPN and the SEC Network — covers college football, volleyball, and basketball.

Apart from the commentators, the show features a team of defenders, namely, Emma Chapman (“The Kiwi Killer”), Max Fennell (“The Machine”), Hammond (“The Harvard Hammer”), Jones (“The Young Gun”), Robert Killian (“The Captain”), Hunter McIntyre (“The Sheriff”), Erik Mukhametshin (“The Beast From the East”), Faye Stenning (“The Canadian Crusher”), Isaiah Vidal (“The Destroyer”), and Orla Walsh (“The Vermaniac”).

Million Dollar Mile Plot: What is it about?

Million Dollar Mile is not the typical and ordinary obstacle-based competition. It pushes the limits of the participants until the maximum possible extent.  In this unscripted show, the set bar is very high, the concept is one-of-its-kind, and the challenges are definitely difficult. What’s more, participants have to face new, shocking twists in the midst of the course — which takes them completely by surprise.

Million Dollar Mile features contestants who participate in a high-stakes competition and stand the golden opportunity to win a grand amount of $1,000,000 if they win. However, when they run this one-mile course, they face the most difficult challenges — particularly designed by a team of internationally recognized, elite athletes — the Defenders — who have only one mission — not to allow the contestants to be successful under any circumstance.

Before the competition, participants are given time to prepare — both mentally and physically — in the Planet Fitness Warm Up Room. Here, they can prepare their bodies for the strenuous route ahead, by taking up work-out drills which they think suitable. Next, they are given a two-minute headstart, where the contestants need to figure out how to tackle the obstacles set up by the Defenders. The course shuts down the streets of Los Angeles, California and every participant gets the chance to win a million-dollar prize after successful completion.

According to Maverick Carter, CEO of SpringHill Entertainment, “This show takes competition series to a whole new level. It’s intense, it’s entertaining and it has a twist that will have people on the edge of their seats while also creating an opportunity to change the contestants’ lives.”

Million Dollar Mile Season 2 Release Date: When will it premiere?

Million Dollar Mile season 1 premiered on March 27, 2019, at 9 p.m. ET/PT on CBS.  The first season comprises a total of ten episodes. So, all those who are fan of marathons or athletic sports, this is a perfect show for you to get inspired.

As far as the next season goes, we don’t have an official announcement yet. Though considering the uniqueness of the show, we would be surprised if it doesn’t get another season. Our best guess is that if the show does get renewed, Million Dollar Mile season 2 can release sometime in March, 2020. We will update this section as soon as we hear more.

Check out the official preview video for season 1 of the show.

For further clips and more upcoming news, you can check out CBS’s website.