12 Best Movie Theories of All Time

One of the most fascinating aspects of films is how they can remain open to numerous interpretations. Ambiguity is far more exciting on a thematic level than when used as a mere plot-device. Films with immense thematic depth open up spaces for imagination and let us sink in on our thoughts. This is when discussions become a lot more interesting as different people can have different theories about the same film. This article explores films with infinite possibilities and fan theories that could change the way you look at them every time you see. Here’s the list of craziest movie theories ever. WARNING: MAJOR SPOILERS AHEAD 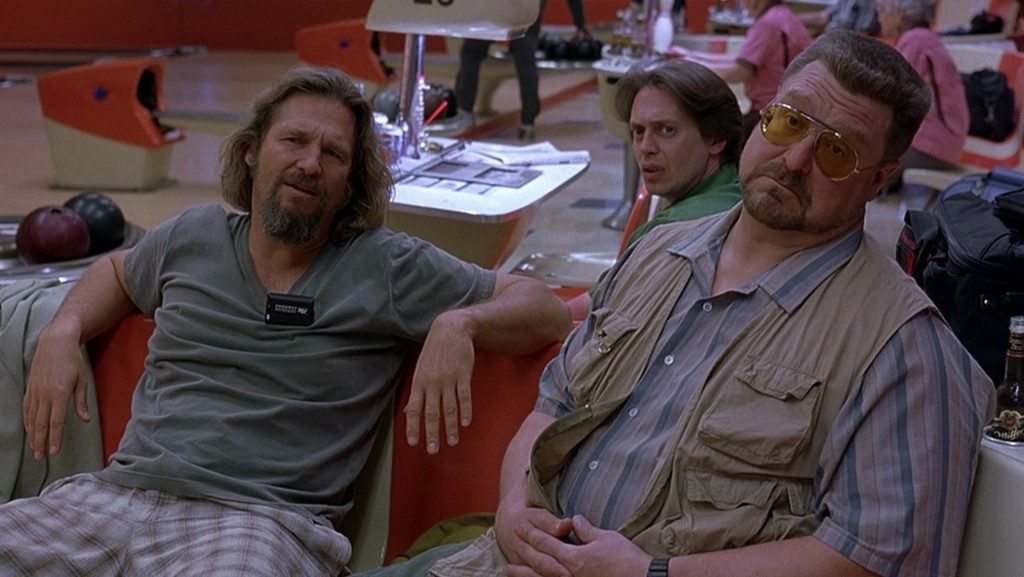 Coen Brothers’ cult classic comedy is replete with some of the most memorably bizarre, absurdly comical moments of all time. Considering the massive, staunch fan following the film has managed to attain over the years, the number of theories that have come up surrounding its characters and plot would hardly come off as a surprise. The most well known, however, happens to be the ghost theory which suggests that Donny never existed throughout the film and was just imagined by Walter. He must have been a longtime friend of his during his ‘Nam days or perhaps even an alter ego of his. His attachment to the character is made clear in the hilarious funeral scene and the theory makes sense as Walter is the one who seems to talk to him the most. 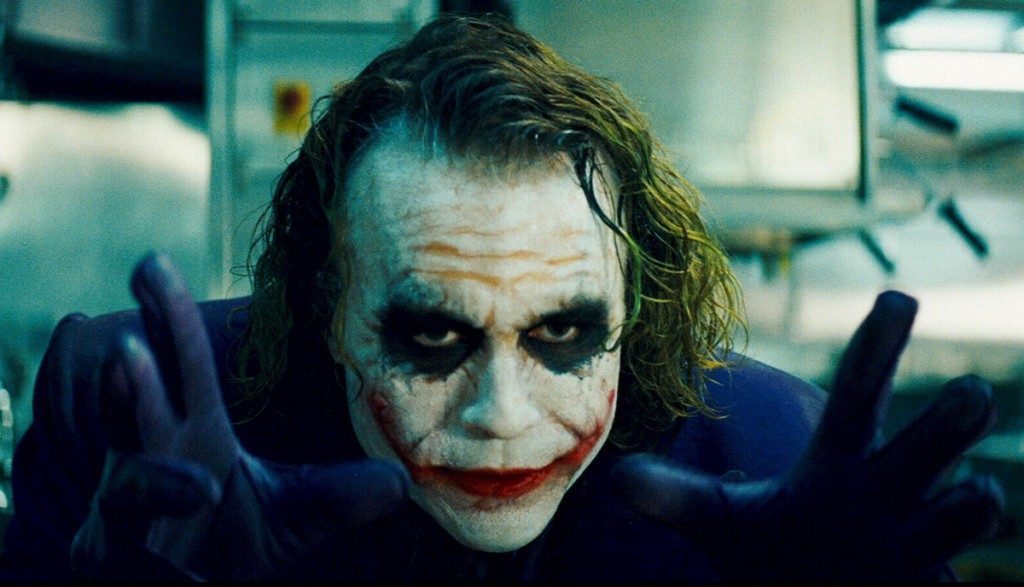 One of cinema’s most iconic villains of all time, The Joker, is a character far more complex than an average, cartoonish supervillain with no real depths. His emotional scars and psychological traumas make him a character we could all empathise with and frighteningly even relate to. Countless theories have explored The Joker’s character arc in many number of ways but the most interesting one suggests that he was a war veteran in the middle east and it’s his witnessing of the complete annihilation of human civilisation that made him an agent of chaos. It’s quite a fascinating theory as his utter contempt for rules becomes very clear from the film. 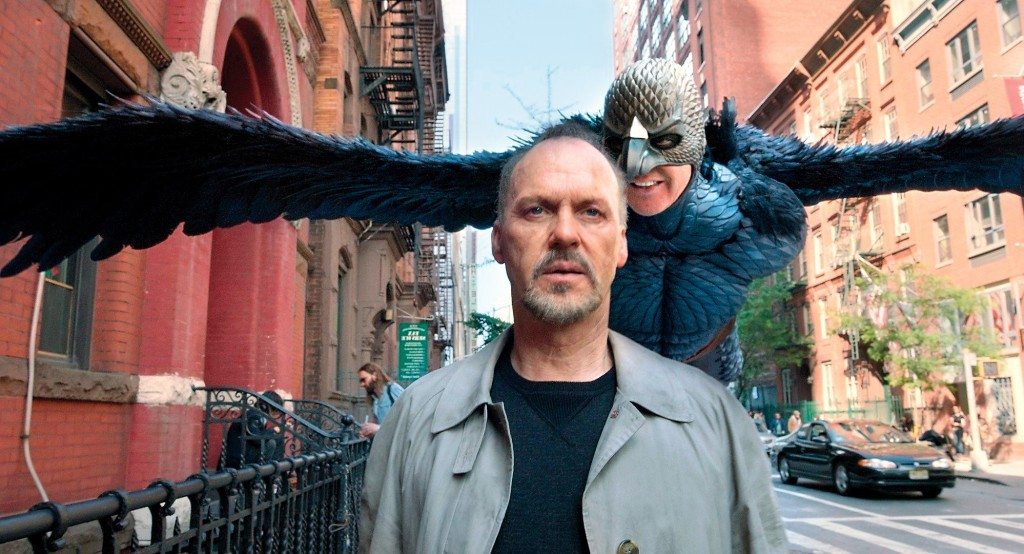 Perhaps not the most popular theory surrounding ‘Birdman’ but one thing that seems to be pretty clear in retrospect is that Inarritu blurs the line between who’s real and who’s hallucinatory. Birdman was probably the real guy and Riggan Thomson was his alter ego. The film’s closing shot implies that he finally flew away from the clutches of expectations, escaping into his own real self. Riggan was everything Birdman could never become but perhaps deeply desired to become one day. And it’s this defeat and acceptance of being unable to fathom the absurdities of modern world and being bounded by his own expectations that made him escape into his own reality. 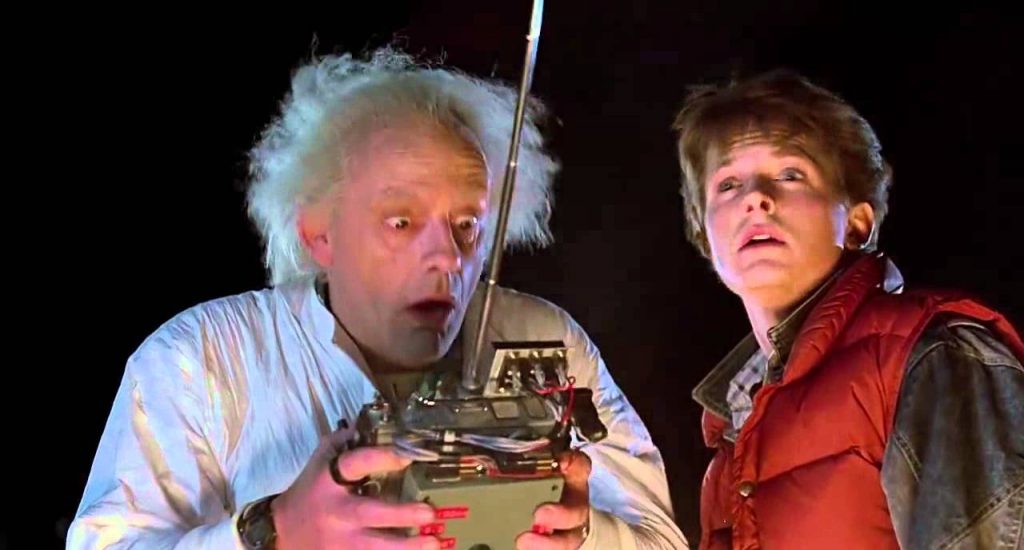 Robert Zemeckis’ ‘Back to the Future’ is a nostalgic trip back to childhood and one of the most memorable fantasy films of all time. With a very simple plot and a straightforward narrative, there isn’t a lot to conclude or interpret from the film but an interesting theory surrounding the film suggests that the Doc was a character far more complex than what his cartoonish demeanour suggests. He has devoted all his life to science and experimentation. His constant failures have bogged him down and his DeLorean time machine was the one experiment he worked hard for all his life. He stands in the way of the car while testing just so that he gets killed in case the experiment fails as he couldn’t stand more failures.

‘Pulp Fiction’ is just cinema at its most exciting. Quentin Tarantino seamlessly blends a wide range of cinematic elements from pop soundtrack and catchy dialogues to gripping storyline and an intriguing non-linear narrative to craft a high voltage, entertaining piece of cinema that just never gets old. The famous briefcase in the film is never really revealed to us and after a first viewing of the film the only thought that consumes us is this; What was really in the briefcase? Many theories have suggested that the briefcase contains Marcellus’ soul. The theory seems to fit in well enough when you look at the explicit references that Tarantino makes here; Jules’ iconic Bible quotes, the 666 combination and Marcellus’ desperation to have it back makes it look like he is in quest for redemption and there was no better man to deliver the briefcase than Jules himself who seems to be going through a similar phase in life as well. 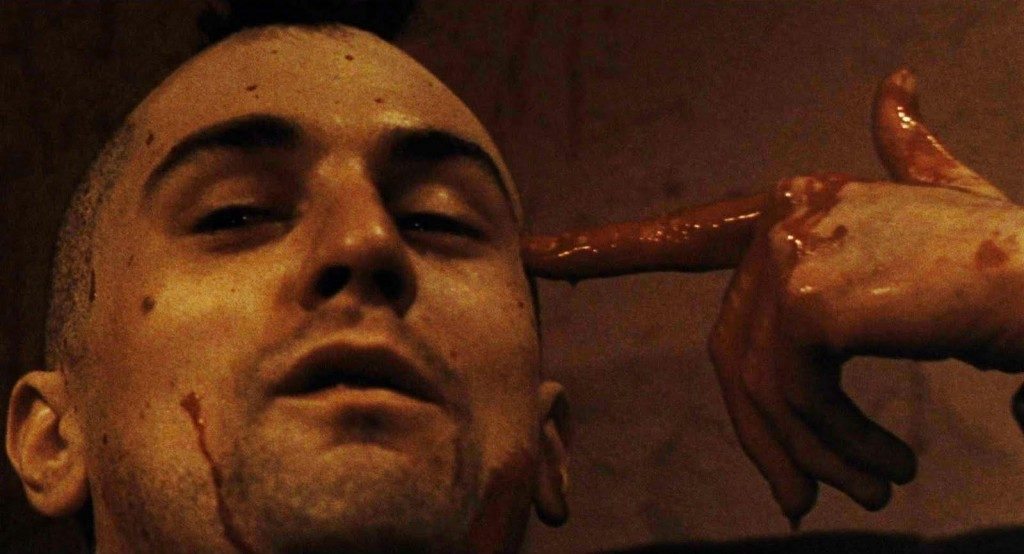 Yes, another obvious pick for the list. The image of a blood-soaked Bickle gesturing the act of shooting himself in the head remains fresh in the minds of every cinephile. The ending of ‘Taxi Driver’ shows Travis Bickle, after having recovered from his injuries, getting back to work and is now hailed as a hero by the press and public. But many suggest that Bickle succumbed to his injuries in the brothel earlier on and the entire final scene happens to be just a dream-like sequence that happens in the mind of a dying Travis. The theory makes sense considering the dark, disturbing tone that the whole film maintains throughout. 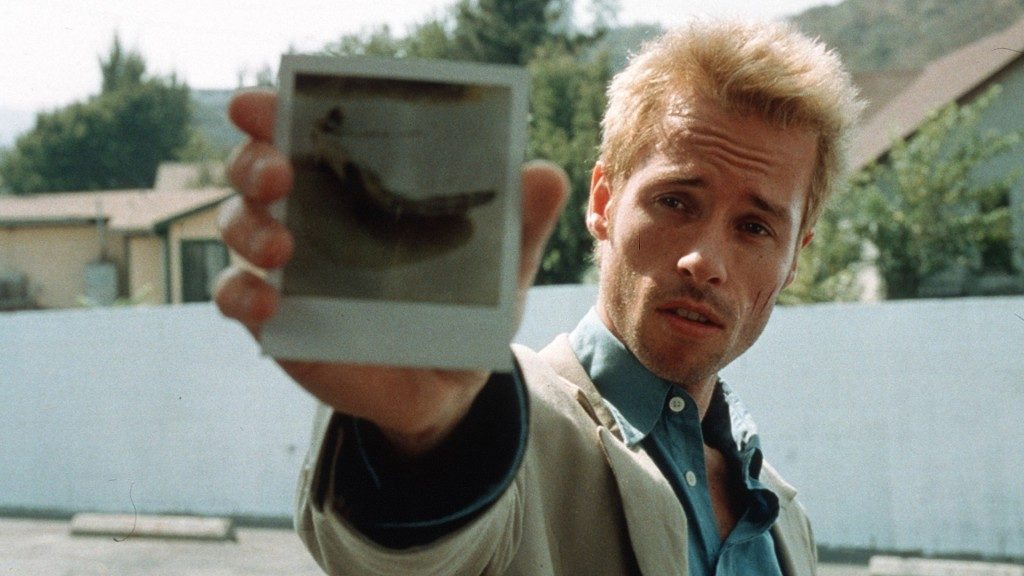 A generation of teenagers worship Christopher Nolan as the God of Intelligent Blockbuster cinema. But long before the blockbuster madness took over, Christopher Nolan was a fierce, raw creative genius. And ‘Memento’ embodies every aspect of Nolan’s cinematic prowess. Using a reverse chronology narrative, Nolan examines the human psyche through Leonard Shelby; an amnesiac man trying to hunt down his wife’s murderer. Nolan implies that it was Leonard himself who killed his own wife. We are given clues regarding the identity of Sammy Jankis. There is a scene in one of the black and white sequences where Leonard talks about Sammy on the phone and in the flashback sequence, we see Sammy sitting in a chair in a hospital. As a guy walks by, the screen blacks out but if you look closely, you can see that it was Leonard sitting there. Leonard made up the story to cover up his guilt and has since been living in a state of perpetual denial.

5. The Usual Suspects – There is No Keyser Soze 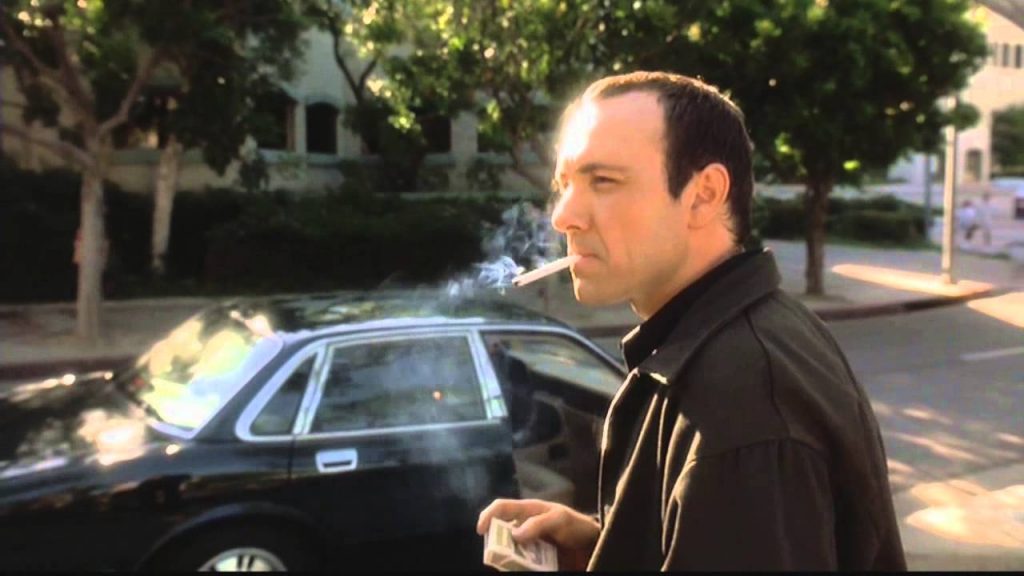 Kevin Spacey’s Verbal Kint stunned as he walked outside Agent Kujan’s office, dropping his limb, flexing his hand and smoking a cigarrette. The ending implies that Verbal himself was Keyser Soze and the entire convoluted mess of a story he told Agent Kujan was just one big lie. But perhaps there never really was a man named Keyser Soze. It’s probably just a name used by several people. It could have been Kint, It could well have been Kobayashi or just about anyone. The point was to create this enigmatic aura that scares and fascinates people. The film is just cinematic manipulation at its best. 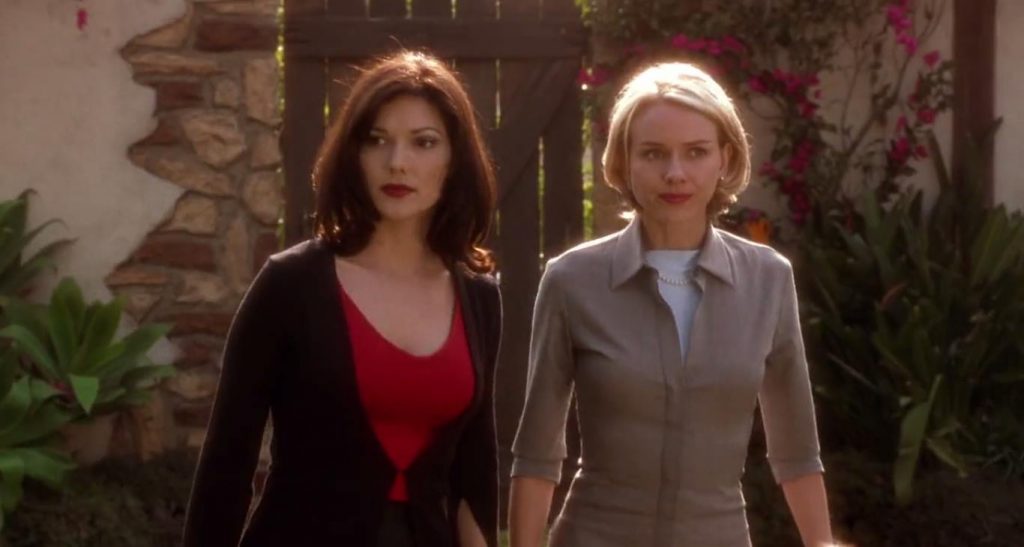 There is no specific explanation for the entirety of Mulholland Drive’s plot (Well, if at all there’s one). But the more I think of it, the film speaks to me as a heartbreaking tale of romance and lost desires. Lynch crafts an exquisite cinematic labyrinth of dreams and reality as we are left open for a wide range of theories and interpretations on what the film was all about. The optimist in me would love to believe that the Betty and Rita were the real characters and were lovers caught up in the city of dreams and desires. Diane was everything that Betty feared she would turn out to be. But what remains is this; a love story amidst searing dreams. One blossoms. One fades out. 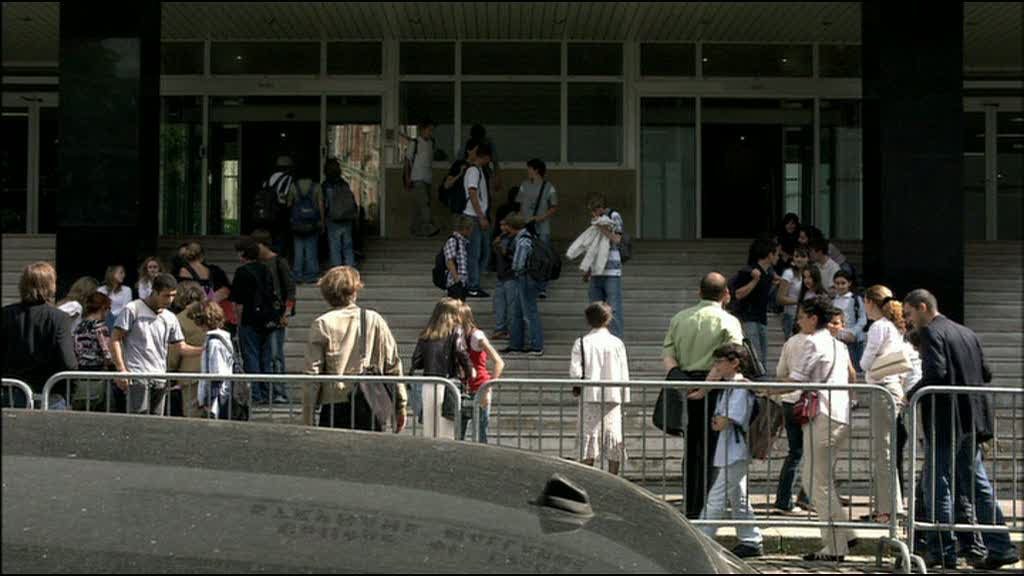 The famous closing shot in Michael Haneke’s ‘Cache’ shows us two characters in the extreme left to the corner of the frame who aren’t supposed to know each other. They are the sons of Majid and Georges. Many theories have suggested that the two of them concocted a plan to confront Georges with his haunting past and the conclusion can be viewed as an optimistic take on racial and ethnic unity. However, throughout the film we are not aware of what we are watching and from whose POV are we looking at the scenes. The final shot, like the opening one, could just be another POV shot watched by someone. Maybe there’s some one else . Maybe Georges’ past wasn’t as simple and easy as he slept it off. But we never know who’s watching it. Maybe it’s Haneke himself. But that’s precisely the point. Someone is always watching our actions. 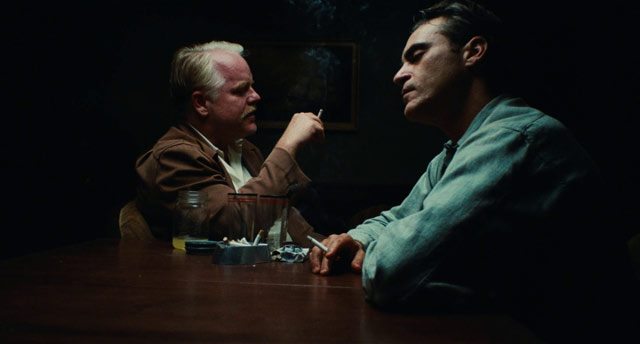 ‘The Master’ is exactly the kind of film that gets better on every viewing. It’s almost Kubrickian in scope and ambition. ‘The Master’ might just be Paul Thomas Anderson’s most inaccessible film. It has a very straight-forward plot with no gimmicky plot-devices infused and yet you wouldn’t know what really to make of the film. The film centres around the themes of cult and religion, rejuvenation, existentialism, self-discovery. But as strange as it sounds, ‘The Master’ is one of the greatest love stories ever told in cinema. Freddie and Dodd are just fragments of each other. Underneath their facades, they are just plain, broken human beings longing to be loved. These are two people who’ve alienated themselves from the civilisation of society and find comfort and solace in each other, beneath the intellectual facades of their existence. 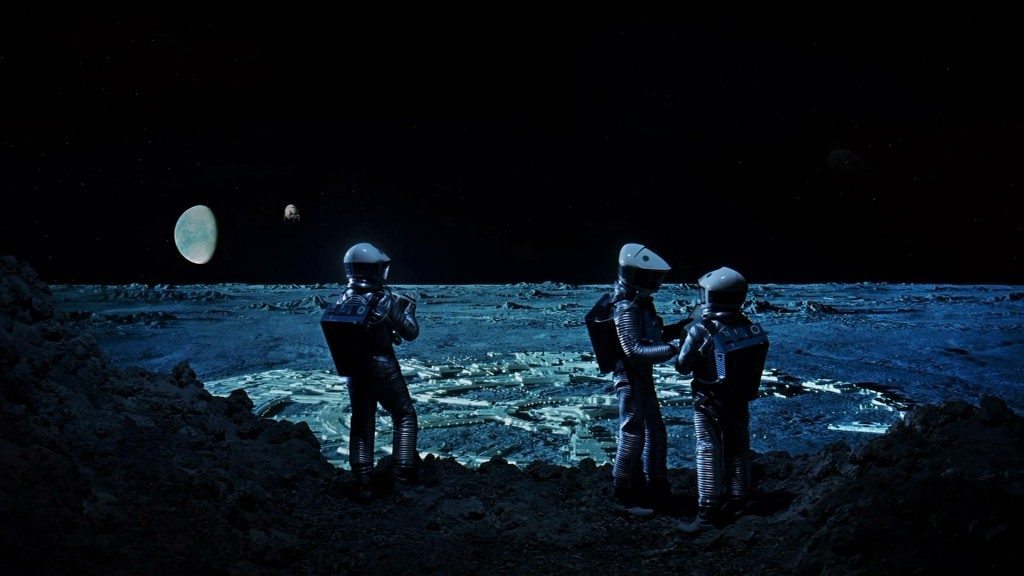 The most obvious entry on the list. Stanley Kubrick has himself spoken about the God theory and the symbolical elements of the film’s ending. The ending of the film shows David descending into outer space madness, experiencing the sheer grandiose of the universe. The Universe is far beyond what meagre human minds could possibly ever fathom. In a way the film is highly optimistic about the future of human life and technological advancements. But it mocks our inquisitiveness to try and understand the inexplicable intricacies of our universe. There is no physical depiction of god in the film but it shows god as a presence. As an enigmatic force that controls every aspect of our existence.