Where Are Mindy and Zach From Married at First Sight Now? 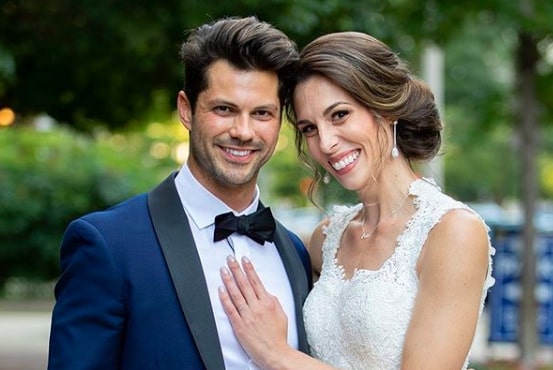 What makes a good marriage? Trust, love, companionship, to name a few, are the essential ingredients to this potion. However, for the couples in Lifetime’s ‘Married at First Sight,’ all these necessary ingredients come in later. The five couples of Season 10, who we have come to grow fond of are further navigating the impact of their marriage in real life.

It is only fair to say that not all such relationships are bound for success. Some have issues of trust, some can’t get their partners to get acclimated to their professional life, and the list goes on. If you have been invested in their journeys that have witnessed many ups and downs, read on to find out if they are indeed together.

Mindy comes from Frederick MD and has always aspired for her fairy tale wedding even though she has had quite a few bumpy relationships in the past. Zach was raised with strong Southern values right from his childhood. The two came together on the momentous day of their wedding and seemed to head toward the path before a shocking set of events came to light.

This is mind blowing. 🤯 Why won’t Zach tell her?! #MarriedAtFirstSight

The major problem between the two has been Zach’s inability to be completely honest with Mindy since the beginning. To add more insult to this injury, Zach was found to be speaking to Mindy’s close friend Lindsay behind her back. It took several attempts on Mindy’s part to get Zach to open up about it. Zach had previously accused Mindy of doing something he wouldn’t even tell her. The viewer’s reactions perhaps mirrored that of Pastor Cal when he didn’t believe Zach’s claims about his commitment to his wife. Mindy, on the other end, struggles to place faith in her newly wedded husband, Zach.

Are Mindy and Zack Still Together?

In one of the episodes, Mindy verbally broke off her marriage with Zach. She told him how she could not forgive such a displacement of trust. Both Zach’s and Mindy’s social media has hence been open to the public. They do not have any pictures of each other on their Instagram account or Twitter.

Zach seems to be back at his fitness regime, crunching abs and quite a number of workout routines at the gym. The gym enthusiast is perhaps hurt too at the twist of events that led to the fall of their marriage. It seems like he is faring well in his pictures with his friends on Instagram. However, it is also hard not to notice the hate he has been getting online about his involvement with Lindsay. For instance, one of the comments on his post said:

“Such a pretty boy on the outside, such a letdown when you start talking and make no sense whatsoever, Mindy deserves way better than you for sure !”

Though it seems a bit extreme, there are also comments to appease the haters. Zach continues to remain mum about the whole situation.  Mindy, on the other hand, just recently posted about how her close friends have been keeping her sane during this time through FaceTime.

Also, the viewers continue to comment on her posts with words of comfort after what unfolded on the show. The couple who didn’t do well together, at least seem to be doing well apart.