Is Miracles from Heaven Based on a True Story? 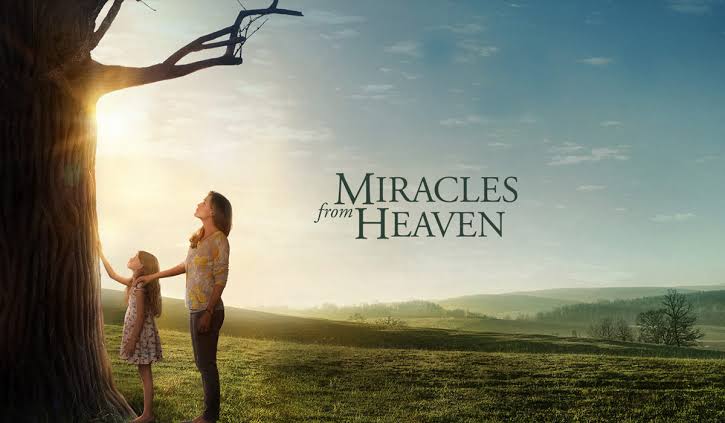 ‘Miracles from Heaven’ is a film directed by Patrica Riggen. The film centers around the lives of Anna Beam and her family. Starring Jennifer Garner and Kylie Rogers, the film is a Christian family drama the explores concepts like faith and miracles. The film revolves around Anna, a 10-year-old, who repeatedly starts getting ill. Her parents, who suspect there might be more than what the doctors are telling them, push for further diagnosis whose results change their lives forever. The film takes its viewers through a myriad of emotions of its characters and, most of all, the suspense of the plot.

Is Miracles from Heaven Based on a True Story?

Yes, ‘Miracles from Heaven’ is based on a true story. The film is a dramatical representation of certain real events and an adaptation of a memoir titled, ‘Miracles from Heaven: A Little Girl, Her Journey to Heaven, and Her Amazing Story of Healing,’ The memoir is written by Christy Beam, Annabel’s’s mother, about her daughter and her rare encounter with Jesus.

What Happened to Annabel Beam?

Annabel Beam was five years old when she was diagnosed with pseudo-motility obstruction disorder and hypomotility disorder. The family was getting her treated in consultation with specialists when something life-changing happened to Annabel. One day, in one of her visits home, she decided to climb a tree. However, she fell down, headfirst into the hollow trunk of the tree. She laid there for several hours before a rescue team came there with a harness to take her out. In the meanwhile, Annabel Beam claims she visited heaven and that in heaven there was no pain. Even though she wanted to stay with Jesus, he told her that he had other plans for her. In an interview with People, she quotes what he told her: “No, Annabel, I have plans for you on Earth that you can’t fulfill it in heaven.”

Surviving such a fall was only the beginning of Annabel’s road to miracles. On her next visit to the hospital, she was declared safe from the clutches of the two fatal illnesses that overshadowed her. Her trip to heaven, meeting Jesus and being accompanied by Angels as she waited for rescuers attracted much attention. Christy Beam, Annabel’s mother, initially didn’t even want to write a book about it; however, she felt the urge to do so after several prayers. She then wrote the memoir, based on which the film was made.

The book, written by Christy Beam, went on to become the New York Times bestseller. It is only fair to say that a book whose whole premise is faith, will also get its share of backlash because the Beams believe that Annabel went to heaven and met Jesus. However, in the face of such criticism, the family has remained positive. In an interview with Gospelherald, Christy Beam said: “My favorite response to that question is Annabel’s, and she says, I don’t say anything to those who criticize and don’t believe. What I do say is, this is my story, and it is real, and I am living proof of a miracle.”

Where Are Christy and Annabel Beam Now?

Christy Beam became a successful published author once her memoir came out. She vocally advocates her faith and the level of change it can dramatically bring into anyone’s life. She has a website, that not only advertises her book but also shares press information regarding the book, an ode to faith, and so on. However, the last posed activity on the website seems to be quite outdated. Even though that is the same case with her Twitter account, she remains quite active on her Instagram page. She continues to post several milestone pictures of her family.

Annabel’s Instagram account is private, but this is definitely made up by Christy, who posts ample pictures of her daughters together. Annabel’s father is a contributor for ”Miles for Miracles” that aims to create funds to treat children who need financial aid. He runs marathons to contribute to ”The Annabel Beam Research, Motility and Care Fund”.

Well Kevin did it!! He had a great Boston Marathon! We are so proud of him! What an honor to have raised so much money for The Annabel Beam Research, Motility and Care Fund. Thank you to everyone who donated!! Love and Hugs to you all! Don’t give up hope! Keep fighting!FOR HE IS FAITHFUL!

Posted by Christy Beam – Miracles From Heaven on Tuesday, April 16, 2019

As a young child who was unsure about her future, Annabel celebrated her sweet sixteen last year, and as of now, she is seventeen. Things seem to be going well for her as in a post by Christy; we can see her grinning ear to ear excited about being asked out for a date.

Sometimes the best surprises are worth the wait! Now to embark on the mum/garter journey! Super Seventeen has started off fabulous for sweet Annabel! Great job Cody!

Her mother, too, seems thrilled about the life she is able to have now. The Beams comes across as a tight-knit and close family. Despite what others may say or believe about them, they seem rooted in their collective experience.