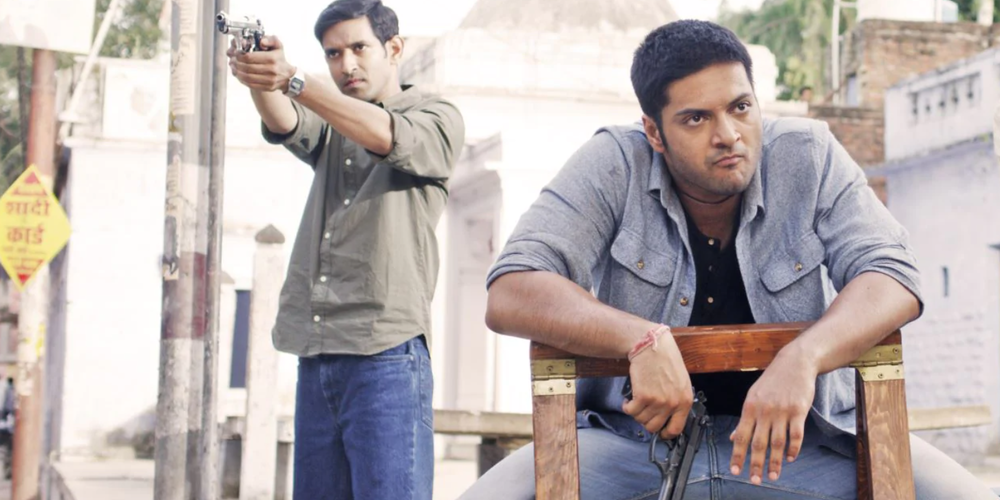 ‘Mirzapur’ is an Amazon Prime original show about the lawlessness, power struggle, and turf wars between criminal families in a small town in North India, in the Purvanchal region. At the center of everything is the Tripathi family, who has reigned over the crime-fraught Uttar Pradesh town of Mirzapur for two generations and are preparing for their third-generation heir to take over. The current mafia boss is Akhandanand Tripathi, who rules Mirzapur with an iron fist. overseeing his vast operation of guns and drugs with the shrewd instincts of a shark and the mild mannerisms of a gentleman.

Actor Pankaj Tripathi as Akhandanand is brilliant and soft-spoken, even when he’s spouting expletives. Season 1 follows the dark and graphically violent story of how two college-going brothers, Guddu and Bablu, become embroiled in Akhandanand’s guns and drugs business and gain favor with him, much to the envy of Akhandanand’s own son, the deeply unhinged Munna. We’ll give you a recap of everything that happened in season 1 of ‘Mirzapur’ and then talk about that viciously brutal ending. SPOILERS AHEAD! 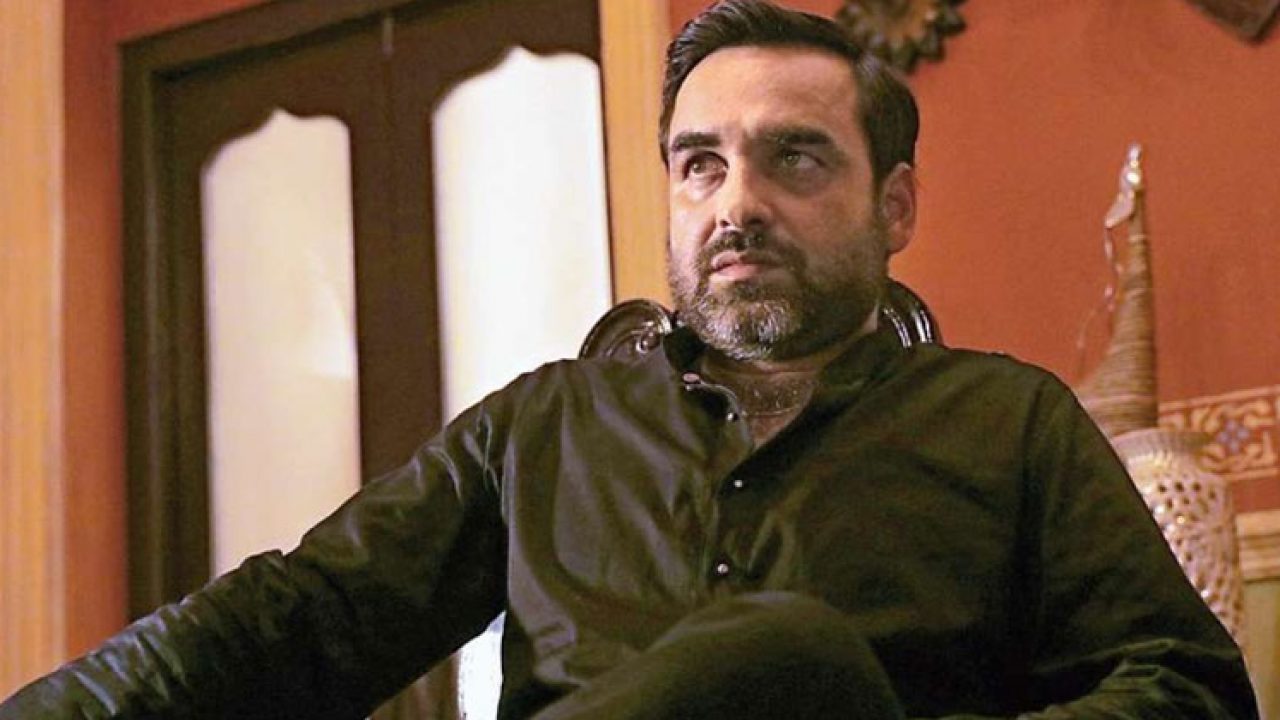 ‘Mirzapur’ season 1 starts needlessly violent, but that is just to set the scene of what is to come and what kind of entertainment the audiences can expect. The series kicks off with the entitled brat Munna dancing at a random wedding procession (to which he was not invited, mind you) and waving his loaded gun around in the air. The gun fires and gets the groom directly in the face. While other people scream bloody murder, Munna laughs his head off at the non-existent hilarity of it.

The makers of the show don’t waste any time in letting us know that there is something seriously wrong with this guy. Elsewhere, we see Akhandanand handle a product complaint from a buyer about the low quality of his pistol. That transaction ends in severed body parts. But customer complaints and quality control in his gun business are not the only things Akhandanand has to deal with. His main concerns are his wayward son Munna who constantly acts like a small-time goon, and his sexually dissatisfied young wife Beena, who lets him know just how dissatisfied she is.

Akhandanand Tripathi is better known as Kaleen Bhaiya (“kaleen” meaning carpet and “bhaiya” meaning older brother) because he sells guns and drugs under the cover of his expansive carpet business. But what he really does and who he really is, is no secret in the town of Mirzapur, where citizens live by his law and not the state’s. Guddu and Bablu are brothers who attend the same college as Munna. Guddu is a simpleton who only cares about body-building, and Bablu is a brainy accountancy topper.

When their lawyer father Ramakant Pandit takes the case of the groom who got shot by Munna, Kaleen Bhaiya’s son comes to their home with his gun-wielding stooges and threatens Ramakant to drop the case. Guddu and Bablu beat Munna and his cronies up and send them packing. When Kaleen Bhaiya finds out that Munna has been beaten up, he summons the two Pandit brothers, and with calculated calmness, offers them both jobs in his illegal operations, much to all of the boys’ surprise.

From Guddu and Bablu’s perspective, their only option is to accept the job offer and join Kaleen Bhaiya or get killed, so they say yes. It pisses off Munna to no end, even though his father explains to him that he is going to train the brothers to work under Munna as loyal pets, so he has ample support from lackeys for when he takes over. This sets off a seething and ever-growing rivalry between Munna and Guddu-Bablu, whose combination of brains and brawns helps them rise through the ranks and quickly become Kaleen Bhaiya’s trusted business advisors.

The brothers are tasked with increasing the gun trade, which they do with a brilliantly devious plan – they distribute free guns to the local gangs so that violence spikes in town and more and more people start buying guns to keep themselves safe. Guddu, at one point, even remarks that they will turn Mirzapur into America. After witnessing their success with the gun trade, Kaleen Bhaiya is impressed and gives them the job of effectively increasing his opium distribution. This they do by tapping into the resource that is the local eunuchs.

The duo gets eunuchs (who have a big network and access to many places all over the town) to secretly sell and distribute opium for them. All the praise and attention that Guddu and Bablu are getting from his father makes Munna more insane by the minute, and he is even more aggravated when he learns that Sweety, the girl he likes, has picked Guddu over him. Guddu and sharp-tongued Sweety are cute together, and there is possible romance also brewing between Bablu and Sweety’s bookish sister Golu, as they often meet while their siblings bring them along on dates.

We are also introduced to Rati Shankar Shukla, a former associate of Kaleen Bhaiya, who betrayed him and now is a bitter rival. Shukla presides over the nearby city of Jaunpur, but he wants to take over Mirzapur as well, and to that end, he constantly tries (and fails) to get Munna and Kaleen Bhaiya killed. Meanwhile, Munna pretends to befriend Guddu and gets him hooked on steroids, telling him that every serious body-builder takes them.

When the state government is alerted to the insanely high crime rate in the Purvanchal region, the CM’s younger brother warns Kaleen Bhaiya to keep things under control. A new, apparently honest, chief of police arrives in Mirzapur, hoping to clean up the town, starting with Guddu and Bablu. Kaleen Bhaiya asks the boys to go out of town for some time, instructing them to stay underground. Kaleen Bhaiya is blind to the goings-on in his home, though, as he has no clue that his wife Beena has been sleeping with the cook.

Munna finally loses it, having had enough of insults and slaps from his father, and asks his best friend to kill Kaleen Bhaiya. When the plan fails and his friend is caught, Munna is forced to slice the throat of his BFF. Meanwhile, Guddu and Bablu go to Jaunpur, and Guddu, acting pig-headed because of all the steroids he has taken, kills Rati Shankar Shukla. Kaleen Bhaiya realizes that the boys are no longer in his control, just as Munna manages to pin the murder of his father that he was planning on Guddu and Bablu. This is the exact moment when the Pandit brothers lose all favor with Kaleen Bhaiya. 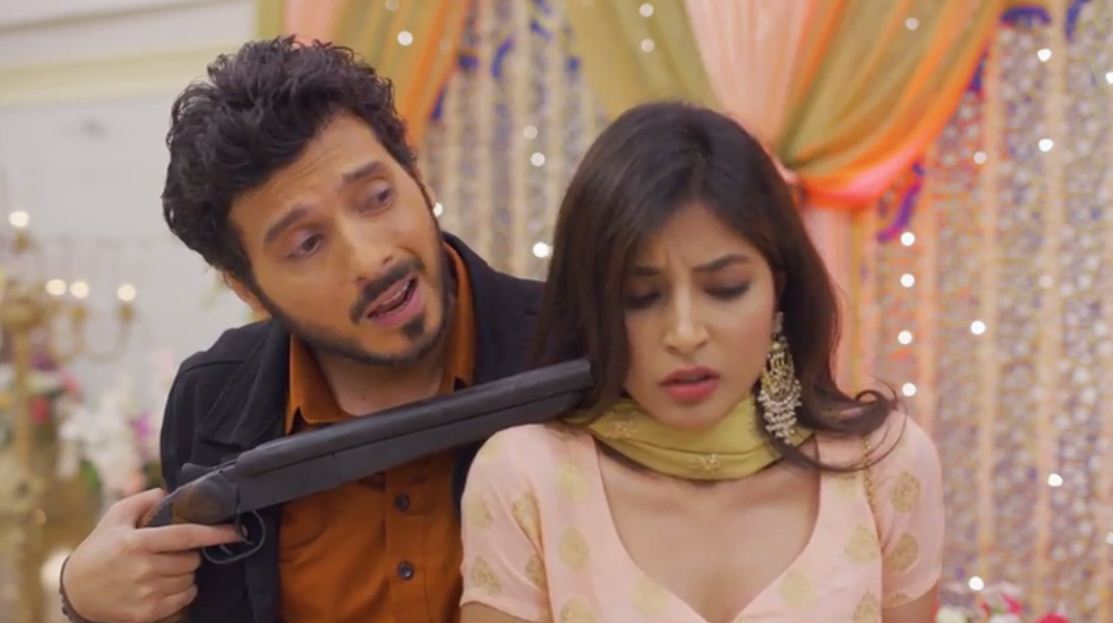 In the finale of ‘Mirzapur’ season 1, Guddu and Bablu, along with Sweety and Golu, attend their sister Dimpy’s friend’s wedding in Gorakhpur. In Mirzapur, Kaleen Bhaiya finally gives free rein to Munna and tasks him with ending the lives of Guddu and Bablu, believing that they were behind the attack on him.
Munna and his lackeys go to Gorakhpur, and in a true “Red Wedding” style, shoot up the place. Munna brutally kills Sweety after she begs him for mercy, saying that she’s pregnant. He is especially cruel when killing Bablu (he waits for Guddu and Golu to open their eyes before shooting Bablu’s brains out).

The wedding that the Pandits were attending was that of the daughter of Kaleen Bhaiya’s opium supplier Lala. Somehow, a seriously injured Guddu escapes the scene with Golu and sister Dimpy. The last episode sees all three generations of Tripathis showing their true colors. While Munna unleashes his insanity and goes full terminator at the wedding, Kaleen Bhaiya rounds up the team of honest policemen that were working under the new chief Maurya and executes them all in front of Maurya, reinforcing the idea that he is still the biggest threat in the town.

But the biggest shocker comes in the form of the oldest Tripathi, Kaleen Bhaiya’s wheelchair-bound father (who up until this point had been a passive spectator, quietly watching nature shows in the background), who forces daughter-in-law Beena to have sex with him after informing her that he knows she has been sleeping with the cook. He then morbidly has Beena cut off the said cook’s genitalia, although thankfully, we do not see it on screen. In the last episode, we are confronted with the full extent of the evilness of the Tripathis.

All three of them are remorseless, soulless, evil pricks that need to be taken down. But our heroes are also not good guys! While it’s true that Guddu and Bablu were forced into a life of crime initially, throughout the season, we see that they are progressively enjoying the heady power that comes from wielding a gun and from being feared as pets of the biggest bully in town. So while our protagonists are morally dubious as well, we still find ourselves rooting for them because they are still the lesser evil (and probably the only ones who can topple the Tripathis from their mighty thrones).

And in there lies the charm of the hyper-violent, at times immature ‘Mirzapur.’ The first season ends on a cliffhanger with Sharad (son of Rati Shankar Shukla) shaving his head (as is the norm in Hindu customs after the demise of one’s father) and remembering how his father wanted to take over Mirzapur. So this means that we can expect Sharad to be a bigger player in season 2 and a new threat to Guddu (now left Bablu-less).