Amazon Prime’s ‘Mirzapur,’ an epic gangster saga that follows the utter chaos, turf wars, and internal power conflict between the Purvanchal region’s most prominent crime family – The Tripathis – and their many rivals, is back with a second season. The first season of ‘Mirzapur’ introduces us to the Tripathis, who rule over the town of Mirzapur and run a massive guns and opium operation. The show is known for its disturbingly graphic violence, dark humor, and characters that are varying shades of grey.

By the end of Season 1, the audiences know that there are no “good guys” here, only evil and lesser evil. Created by the same team who made ‘Inside Edge,’ the show boasts a legendary ensemble cast who are all extremely good actors and do justice to each of their characters. In this article, we will give you a small recap of ‘Mirzapur’ Season 2 and then talk about that explosive ending and what it means. SPOILERS AHEAD! 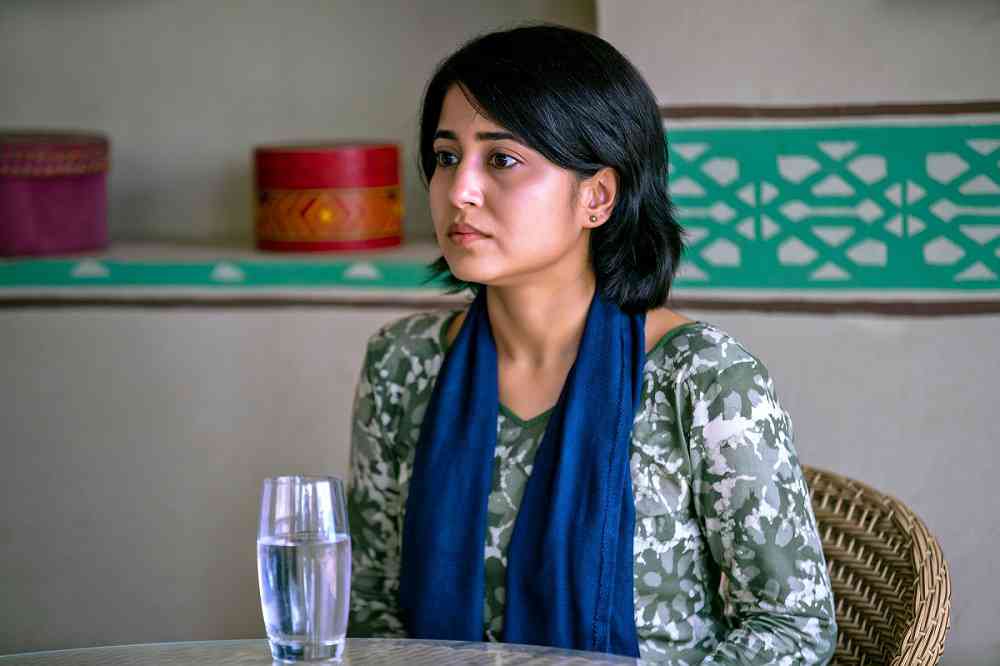 Season 2 of ‘Mirzapur’ picks right up from the ending of season 1, after trigger-happy Munna turns a wedding into the “Red Wedding” and viciously kills brainy Bablu and pregnant Sweety, with beefy simpleton Guddu escaping with his sister Dimpy and sister-in-law Golu. At the wedding shootout, Munna takes five bullets to his back and still survives, leading him to be assured of his immortality. Kaleen Bhaiya blames the whole thing on Munna’s lackey, and Munna goes scot-free yet again.

While Kaleen Bhaiya and Munna help with the CM’s pre-election rallies, we see that a grievously injured Guddu, a deeply-traumatized Dimpy, and a “dead inside” Golu have been hiding out in a remote building somewhere, with a kidnapped and bound doctor who is treating Guddu’s injuries. They make one quick trip back home to Mirzapur to see their distraught parents, who are mourning Bablu and Sweety. Guddu and Golu tell each of their parents that they are not coming back till they are ready for revenge and to take over Mirzapur.

Guddu and Golu have a single-point goal in the entire season – topple the high and mighty Tripathis from their throne and become the King and Queen of Mirzapur. Elsewhere, Beena (Kaleen Bhaiya’s young wife) is pregnant and tells each of the three men she had sex with – her husband (who is impotent), the cook (with whom she has been cheating on her husband), and her father-in-law (who forces her to have sex with him at the end of season 1) – that the baby is theirs.

Separately, of course. With the protection of all three men behind her, Beena promises her unborn child that they will both survive this. Meanwhile, Munna visits Sharad Shukla, who hails from a rival family with long-standing animosity, and tells him to surrender to the Tripathis. Sharad does so quite readily and swears loyalty to the Tripathis, though he has a plan to betray them, and he is only fooling Munna and Kaleen Bhaiya.

While working on the election campaign and rallies, Munna is attracted to the CM’s widowed daughter, and they end up sleeping together. When Kaleen Bhaiya finds out, he gets them married, despite Munna’s protests. By now, Kaleen Bhaiya has had his first taste of politics and is harboring greater political aspirations. He thinks that marrying CM’s daughter to his son will be beneficial for him. But his plan backfires when the CM dies, and his daughter becomes the next CM instead of Kaleen Bhaiya himself.

There is thoroughly an engaging and surprisingly vulnerable story arc for Munna, where he slowly falls in love with his wife and is extremely proud when she makes CM. In Lucknow, Beena joins forces with Guddu and Golu and becomes their informant. Thanks to her info, they are able to burn Kaleen Bhaiya’s entire gun factory to the ground. They also make a direct hit on Kaleen Bhaiya’s opium business by cutting him out as the middleman, but the Tripathis fix this in the very next scene, so it doesn’t amount to much.

Throughout the second season, Guddu and Golu strike remotely at the Tripathi operations, but no substantial damage comes out of any of their plans. They also work on getting funds for themselves (to buy weapons) and recruit loyal minions. They slowly and steadily build their army until the time is right, and on Beena’s cue, attack to kill.

Season 2 ends with only one of the Tripathi men surviving. The last episode starts with the gory death of Grandpa Tripathi, the pervert, at the hands of Beena (supported by Maqbool and a rage-fueled Radhiya, who was also assaulted by the old man). Munna swears that he will find Maqbool and kill him, but Kaleen Bhaiya tells him that Grandpa Tripathi died because of Munna’s actions (Munna recklessly and needlessly killed Maqbool’s mother in the previous episode). Munna gets into a huge confrontation with his father about Kaleen Bhaiya not allowing him to sit on the throne of Mirzapur and just dangling that in his face forever.

Beena calls Guddu secretly and informs him of the discord between the remaining two Tripathi men and tells him that this is the best time to attack them as the family is weak. Guddu is briefly stalled on his way by the police showing up to encounter him, but his father saves him from getting shot, and Guddu is soon on his way again to meet Golu. Meanwhile, in Bihar, Dadda Tyagi (another crime lord) finds out about his younger son’s unauthorized opium business with Golu. As a punishment for his first-time offense, Tyagi asks Chhote (aka Shatrughan) to shoot and kill his uncle, who was helping him secretly distribute opium.

In the ensuing brawl, one of Dadda Tyagi’s twin sons is dead, and he assumes that the elder one (his favorite Bharat) survived. In Mirzapur, Munna is led to believe that his father sent the cook to kill him (even though he was working on Beena’s orders), so he goes to the cremation grounds to kill Kaleen Bhaiya. But seeing his father all sad and weepy, Munna just cannot bring himself to shoot his dad. Kaleen Bhaiya then tells Munna that he is handing over the reins to Munna and hails him as the new King of Mirzapur.

Just as Munna is coming to terms with the throne of Mirzapur finally being his, Guddu and Golu arrive with their henchmen and start shooting. They end up seriously injuring Kaleen Bhaiya, who is rescued by Sharad who was hiding nearby, watching the whole scene unfold. Guddu and Golu kill Munna together, with Guddu saying to him exactly the words that Munna said right before he shot Bablu’s brains out – “I was just waiting for you to open your eyes so I could do this.”

The two then head to the Tripathi mansion, and in a momentous scene, Guddu sits on Kaleen Bhaiya’s ornate chair (or throne, if you’re prone to flights of fancy). The last episode ends with a post-credits scene, which shows that it is actually Shatrughan Tyagi who survived and not Bharat as Dadda believes. But the younger twin is pretending to be his older brother.

The makers of the show choose to humanize the previously deviant and depraved Munna by giving him a somewhat cute love story. In the scenes with his wife, he talks openly and displays a vulnerability under all the entitlement and self-importance. We end up feeling a bit sorry for him because he turned out the way he did due to being raised by violence-loving men and being surrounded by enablers all his life. Even when he kills Maqbool’s harmless old mother, Kaleen Bhaiya and Grandpa Tripathi justify his actions and make excuses for him. 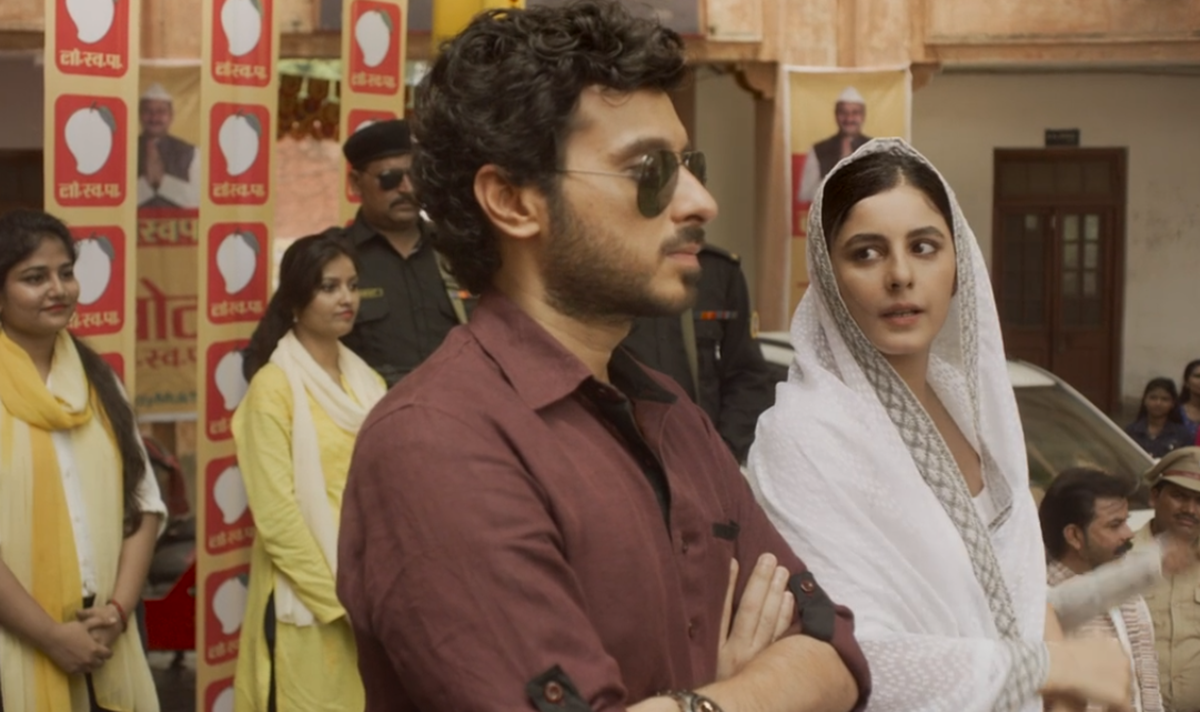 They have always done things like this – covered up his acts of needless violence – which in turn, enabled him throughout his life. But when Munna gets introduced to the one person who understands him and doesn’t bow down to his every command or enable his bad behavior in any way, he shows such tremendous change (nothing close to redemption, though). After getting married to Madhuri, Munna’s character is constantly improving, so much so that we feel slightly bad when he dies. Just very slightly.

Guddu and Golu plot several schemes to bring down the Tripathis in order to get their revenge, but except for killing Munna in the end, all of their schemes fall flat, and they basically achieve nothing in terms of actual revenge. Like how they burn down Kaleen Bhaiya’s gun factory, but he rebuilds it in the next episode and even manages to put a spin on the incident so that it is beneficial to the CM’s election campaign.

And they are only able to kill Munna because the circumstances so happen to be that Kaleen Bhaiya and Munna are at the cremation ground completely without security, having sent away their armed goons to resolve things, father to son. So in actuality, none of Guddu and Golu’s revenge plans work, and they just manage to kill Munna by pure chance. Not what we would expect from a show that’s all about revenge.
Beena’s orchestrations are so much better!

She masterminds the factory fire; she plays three men for their protection without raising any doubts about her sincerity; she butchers Grandpa Tripathi to death; she makes a deal with Guddu securing her infant son’s future; she turns Munna against his father; she informs Guddu and Golu when the Tripathis are at their weakest so they can attack; and best of all, she spikes Grandpa Tripathi’s food with extra chilli and doesn’t even give him water when he starts choking on the spice. Her revenge plans and manipulations were so good that Guddu and Golu should take lessons from her.

Lastly, what happened to Sharad’s revenge plans? Halfway through the season, he disappears only to reappear in the last episode to whisk Kaleen Bhaiya to safety. Season 1 kind of set him up like he would be the next Michael Corleone (or a significantly watered-down version of him, anyway), but the show loses track of him midway. Sharad escaped the scene with Kaleen Bhaiya in tow, so he is sure to be in the next season. Maybe he’ll have his revenge then? We’ll find out in season 3!