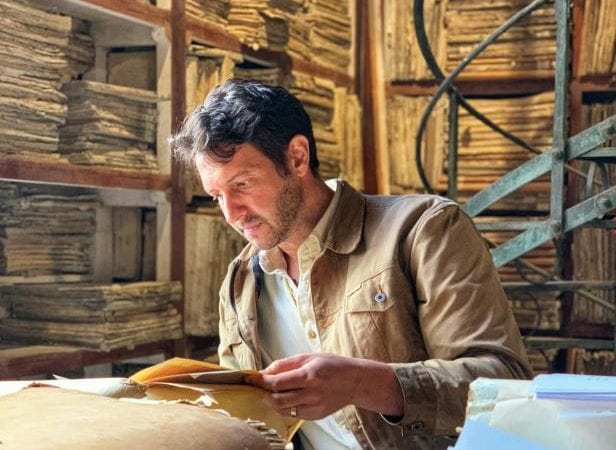 Mission Declassified Cast: Who is in it?

This documentary show is hosted by the renowned award-winning investigative reporter Christof Putzel, who has been working for more than 20 years in this field. Some of his notable accolades include two DuPont Awards, one Livingston Award for Young Journalists and Overseas Press Club Award, and five News & Documentary Emmy nominations. His modus operandi involves using declassified documents to expose the most notorious, hard-hitting cases in history. He was instrumental in uncovering an illegal firearms smuggling racket across the Mexican border.

Putzel is also known for being the first American journalist to return to the crash site of Black Hawk Down in Mogadishu, Somalia and is widely recognized for the documentary – Sex, Lies, and Cigarettes. Putzel had played the key role in exposing the neo-Nazi attacks against immigrants in Russia and highlighting the gold mine trade in Condo where children were used in this deadly task. Putzel’s career includes him serving as a senior correspondent for Al Jazeera America, as a correspondent and producer for Vanguard, and as a host for a news documentary about guns in America.

Putzel brings his gifts as a very convincing host to the Travel Channel show, with an aim to solve some of the greatest mysteries in history. His tools include decoding declassified documents, getting information from sources, and discovering new clues and connections.

In his own words on Corporate Discovery, “I’m thrilled to have the opportunity in this series to show our audience how investigations work and why so many of history’s biggest headlines remain a mystery.”

Mission Declassified Plot: What is it about?

Each episode of Mission Declassified tackles one unsolved, decade-long cold case. For example, one case is about the untraced escape of three prisoners from the famed prison Alcatraz in 1962. While some earlier reports stated that the prisoners died in the frozen waters of San Francisco Bay, recent FBI files indicate something else. Putzel travels across two countries in order to search for clues that might throw light into this daunting case.

Another case deals with the kidnapping and murder of aviator Charles Lindbergh’s baby, way back in 1932.  Although the kidnapper, Bruno Richard Hauptmann, was convicted, Putzel tracks some declassified FBI notes and finds some shocking clues that lead to the Nazis and Germany. A third case revolves around Putzel trying to reveal the true identity of the hijacker DB Cooper. He travels from the Pacific Northwest to Las Vegas and Utah with the aim of uncovering new leads with the help of clues from declassified FBI records.

Mission Declassified Season 2 Release Date: When will it premiere?

Mission Declassified season 1 premiered on Sunday, March 24, 2019 at 10:00 p.m. ET/PT on Travel Channel. As far as the next season goes, we don’t have an official announcement yet. Though considering the uniqueness of the show, we would be surprised if it doesn’t get another season. Our best guess is that if the show does get renewed, Mission Declassified season 2 can release sometime in March 2020. We will update this section as soon as we hear more.

Visit the Travel Channel website if you want to check out extras such as photos, videos, and others. Also, keep coming back to this page as we shall be updating it regularly with all recent information about the show!