Are Molly and Luis from ’90 Day Fiance’ Still Together? 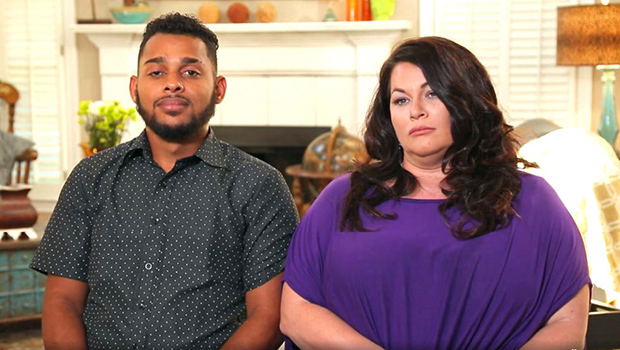 ‘90 Day Fiance’ is a hit reality television series on TLC that follows the stories of couples who have applied for the K-1 Visa, i.e., a unique visa only for foreign finance’s of US citizens and, therefore, who only have 90 days to marry each other. One of the star couples in the 5th Season of the series were Molly Hopkins and Luis Mendez. Molly, a single mother of 2, met Luis in the Dominican Republic – his home country – at a bar where he worked when she was there for a vacation with her friends.

Mendez had proposed and was engaged to Molly in just two months of knowing each other, and even though they didn’t have a wedding, they did get legally married to each other within the 90 day period, as per the visa requirements.

Are Molly Hopkins and Luis Mendez Still Together?

Unfortunately, no. Even though Molly and Luis got over the obstacle of a long-distance relationship, they did not last. One of the main reasons for their marriage breaking apart was Luis’ disinterest in stepping up as a father figure for Molly’s two daughters Olivia and Kensley and his inability to even get along with them. Luis even said: “If the relation with Kensley and me, Olivia and me no get better, I don’t care.”

Though they tried to make it work, Luis’ relationship with Molly’s eldest Olivia was so bad that she even moved out of the house to get away from him. Therefore, after two years of being together, Molly ended up filing for divorce just after six months of being married to Luis.

Where are they now?

Luis Mendez moved to New Jersey to live with his brother and work as a mechanic after he and Molly broke up where he met his current wife, who he got married to on September 19, 2018, just five months after his divorce with Molly was finalized.

Luis has since posted pictures and videos of himself and his wife on his Instagram profile.

In an interview with InTouch, Luis gushed about his new wife, whose identity he has kept secret and said: “The most amazing part was meeting her because she changed all life to happiness.”

After her separation with Luis, Molly’s daughter moved back in with her, and the family is now happily living together, and Molly is enjoying life. Since the divorce, Molly’s sole focus has been on herself, her family, and her business – LiviRae Lingerie. “I am doing so very great. I am working out, losing weight, feeling great, and helping women all over the world from my bra shop LiviRae Lingerie. I am not dating anyone because I really am focused on my kids, myself, and my business,” is what Molly told E! News during an interview.

@khloekardashian you’re my favorite kardashian sister, if I had to choose but SIS…..not one spec of these ACTIVE INTIMATES is supportive for ACTIVITY !! except SLEEP….WANNA MAKE A DIFFERENCE IN THE BRA WORLD ??? Message me ..this is a no go …it’s false hope . You couldn’t even TWERK IN THIS WITHOUT A TITTY POPPING OUT …GET AS US GURRRLLLLLLL…#noshamelivirae

Hopkins now features on the popular spin-off series ’90 Day Fiance: Pillow Talk’ on TLC alongside her best friend and business partner, Cynthia. She even represented the series on Jimmy Kimmel Live as a guest when it was hosted by Brie Larson.

Although Molly Hopkins and Luis Mendez did not have their happily ever after with each other, they did find happiness with other things, and since that’s all that matters, we do hope the best for them.

Read More : Are Robert and Anny From ’90 Day Fiance’ Still together?