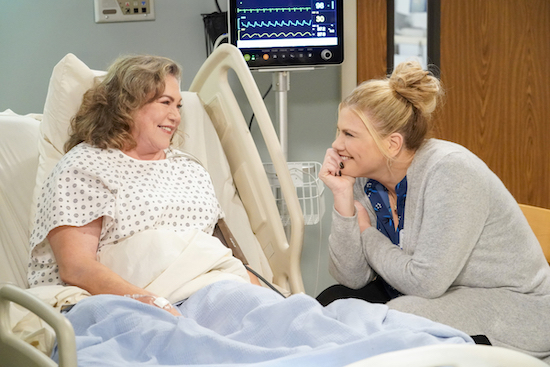 ‘Mom’, CBS’s long-running sitcom is another gem from the repertoire of none other than the ‘King of Sitcoms’ Chuck Lorre. Led by Anna Faris and Allison Janney as the dysfunctional mother-daughter duo, Christy and Bonnie Plunkett, it follows their lives as they attempt to reconcile after having stayed in an estranged relationship for several years. They try to overcome addiction while attending a facility called Alcoholics Anonymous.

The critically acclaimed series and a multiple award-winner is lauded especially for its script and performances. The show addresses many real-life issues, including alcoholism, drug addiction, teen pregnancy and abortion, gambling, homelessness, life-threating diseases, domestic violence, death, rape, obesity, and ADD, among others. Bringing in a perfect balance between comedy and dark humor, it has spanned seven remarkable seasons since its launch in 2013.

‘Mom’ Season 7 premiered on September 26, 2019. It opened to favorable reviews and after airing for 10 episodes, went on a mid-season break on December 12, 2019. It then returned with episode 11 on January 9, 2020, and recently aired its 14th episode this week. The show is now all set to release its next episode. Here’s all we know about ‘Mom’ season 7 episode 15.

Mom Season 7 Episode 15 Release Date: When Will It Premiere?

Here is what to expect from the upcoming episode as per the official synopsis: “Christy helps Marjorie prepare for her first date since her husband’s passing. Also, Bonnie’s friendship with Jill is put to the test when a past indiscretion resurfaces.”

If you have an active cable subscription, you can catch the latest episode of Mom when it is released on CBS at the aforementioned time slot. You can also catch the season online on the channel’s official website and stream it on CBS All Access.

Cord-cutting alternatives include live-streaming the season on Fubo, DirectTV, and YouTube TV. You can additionally catch previous seasons on Hulu. Seasons 1-6 are also available for rent on Amazon Prime Video.

Across the seasons, the characters of ‘Mom’ have come a long way and have evolved a lot — since we first saw them on tv in 2013. In season 7, Christy goes back to school to complete her education and achieve her long-term dream of becoming a lawyer. Meanwhile, Bonnie pursues a healthy romantic relationship with her husband, Adam.

Christy and Bonnie still have ties with Alcoholics Anonymous and seek the support of its members whenever they need advice or help. We once again meet the wise Marjorie, the rich Jill, the emotional Wendy, and the loudmouthed Tammy — who collectively form the backbone of this story. They hold each other strong and motivate one another to stay sober — no matter what.

In this week’s episode, titled “Cheddar Cheese and a Squirrel Circus”, Tammy’s aunt Cookie has a successful kidney transplant surgery. But Bonnie believes that the lady is taking her second chance at life for granted. On the other hand, Christy sees a handsome stranger who she thinks is her soulmate and tries to track him down.