‘Mondaiji-tachi ga Isekai kara Kuru Sou Desu yo?’ is an anime show that has been adapted from a light novel series that goes by the same name. The whole show is set up in a fantasy world and revolves around the adventures of four prominent characters. When I first started watching it, I dived right into it with an empty cup. I had no prior knowledge about the show and I had never even touched the source material. With this approach, the anime turned out to be a surprisingly pleasurable experience. It really does a great job with its portrayal of a small cast of some really badass characters in a short span of just 10 episodes. It does have a whole lot of fan service moments and also some adult jokes here and there, but it never drifts away from its fantasy theme.

Coming from a lesser-known studio, the visuals of the anime, I must say, are quite brilliant. The action scenes are also quite enjoyable and even the characters, though generic, have enough detailing and color to their appearance that goes well with their personalities. Overall, the series does a great job with what it offers and sticks to its themes all the way to the end. I would definitely recommend it to anyone who has some free time to spare on the screen. And though it does have a few flaws, its originality makes it stand out from the others in the same genre. Also, it only has 10 episodes in the first season, which is less than the standard 12-episode format of most anime shows. So even if you don’t enjoy it that much, you won’t regret wasting too much time on it. Speaking of the episodes, the last episode of season 1 has more or less of an open ending. Does this mean that there could be a season two of the anime? Find out more about this in the next section.

Problem Children Are Coming from Another World Season 2 Release Date: When will it premiere?

Problem Children Are Coming from Another World Season 1 premiered on January 12, 2013 and went on till March 16, 2013. This season was then followed by a one-episode OVA that was released on Jylu 20, 2013. Since then, no one has heard much about the anime except for a few random forums popping up where die-hard fans promote their petition pages for a new season. The “petition signing” approach has never really worked out for any anime shows and even in this case, it seems to have made no difference.

What’s even more disappointing is the fact that there is still a lot more untouched content left in the light novel series. While the light novels seem to be doing really well even now, it seems like the anime was only produced to promote the source material. So as of now, we’ll either never have a new season of the show or we’ll have to wait for a very long time to get one. And since no one from the creator’s end has mentioned anything about it to date, the further we move away from the release of the first season, the further we get from the possibilities of a Season 2. If by some miracle, we get another season, we will update you about Problem Children Are Coming from Another World season 2 release date.

Problem Children Are Coming from Another World English Dub:

You can stream ‘Mondaiji-tachi ga Isekai kara Kuru Sou Desu yo?’ on Crunchyroll with its original Japanese audio and English subtitles.

Problem Children Are Coming from Another World Plot:

‘Mondaiji-tachi ga Isekai kara Kuru Sou Desu yo?’ revolves around three teenagers named Izayoi Sakamaki, Asuka Kudou and You Kasukabe, who have supernatural abilities that most other teens would die for. But even then, their lives seem very ordinary and monotonous and they don’t even see the point of having these abilities anymore. But this changes one day when suddenly the three of them receive a mysterious invitation to a place known as the Little Garden.

Before they have time to even think about it, they are transported into a whole a new world where they are greeted by Kurousagi. She explains to them that they have been granted the opportunity of a lifetime where they get to participate in a high-stakes game that will involve them using their extraordinary abilities. But before they can begin their adventure, they must first join a community. This is when they find out that Kurousagi’s very own community, which goes by the name “Nu Friends”, has lost its glory and most of its land after losing against a demon lord. With a great sense of purpose to return the dignity of the lost land, the three teens set out on a mission to protect the residents of the land and also to bring back peace to their new home. And while they are at this, they also learn about a whole lot of magical surprises that Little Garden has to offer.

Problem Children Are Coming from Another World Characters: 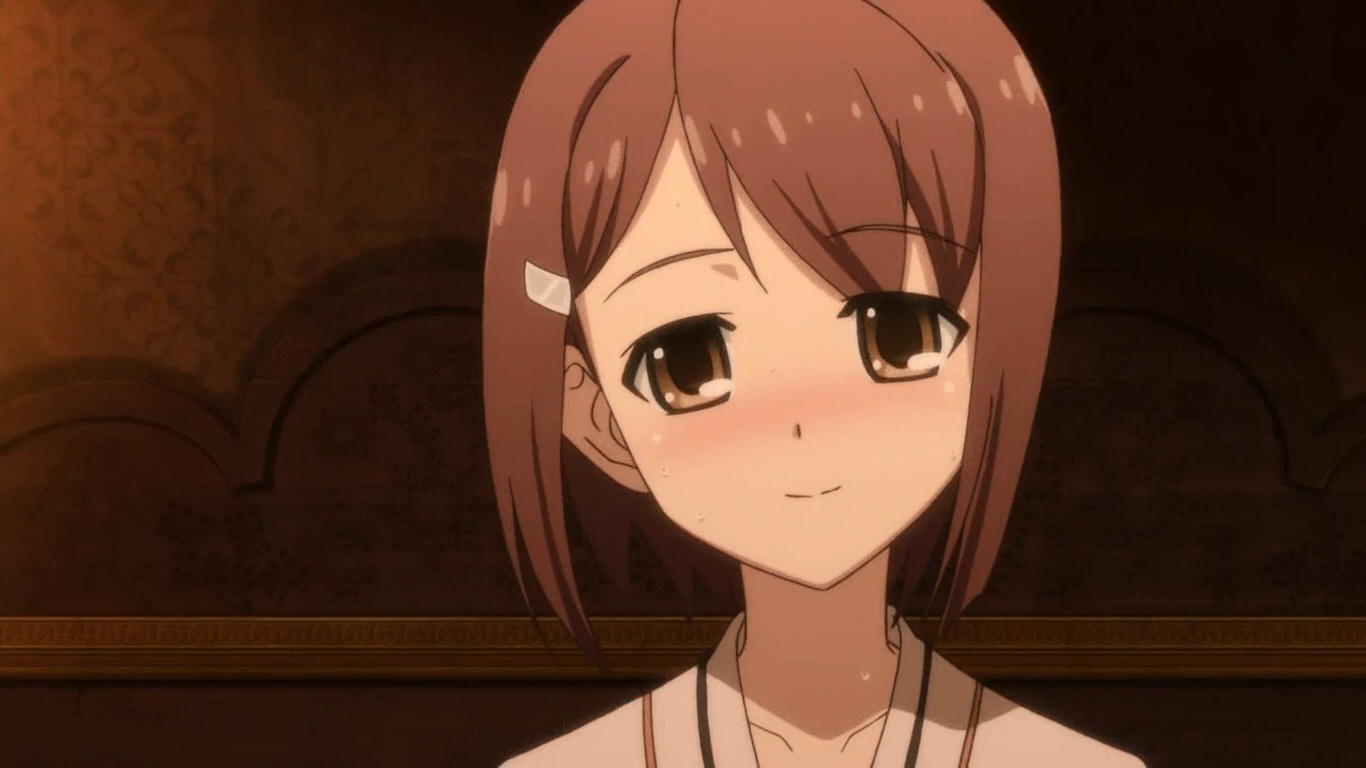 Kasukabe You is one the protagonists of the show who is a young teenage girl transported to the world of the Little Garden. She is really petite and has brown hair that is held back with small white clips. She is a very quiet and introverted girl who prefers the company of her animals more than humans. But despite her quiet nature, she is not at all shy and approaches every situation head-on with a lot of confidence. She is also a very good observer and after being transported to the Little Garden, she shows a lot of curiosity towards the world around her. She is always there for others when they really need her but often fails to ask for help when she needs someone. From time to time, she also proves that she is really smart and can learn things faster than others. 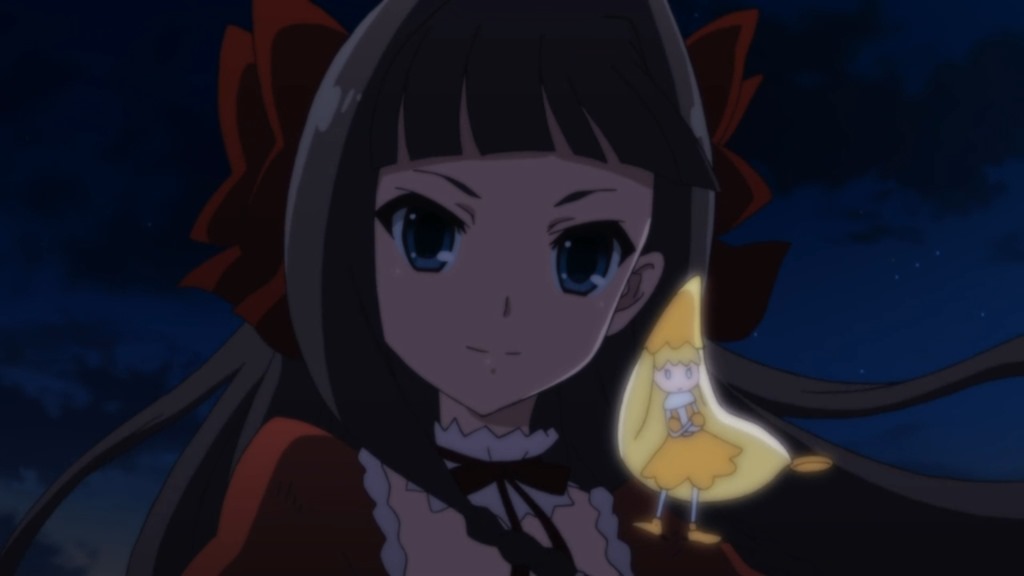 Kudou Asuka is the second girl who is summoned from the outer world to the Little Garden. She comes from a very loyal family from World War II era and is now a prominent member of the “Nu Friends” community. She is fair skinned and has long straight black hair that she keeps tied up on both the sides with huge red ribbons. Asuka is really confident about herself and often comes off as a great leader. Often, she speaks her mind without caring much about how the other person might feel. She is really smart and like Kasukabe, she is also a quick learner. Coming from a financial background, she is really good with numbers too. She often seems to be a spoilt rich brat because of her upbringing but deep inside, she is actually a very warm person who cares for those around her. Her main motive after arriving at the Little Garden is to be able to understand all the people around her and she clearly makes an attempt to do so. 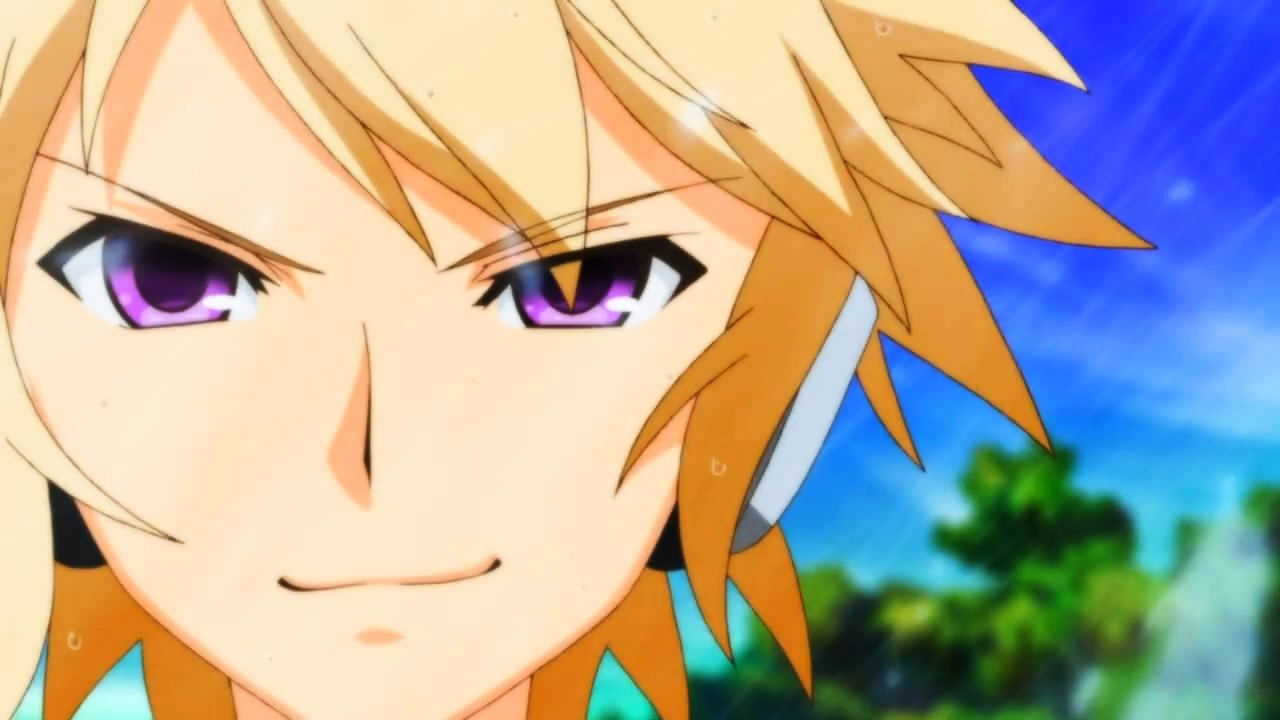 Sakamaki is a young teenage boy who is summoned to the Little Garden and is now a core member of the “Nu Friends” community. He has light blond hair that sways down in all directions and deep purple eyes. He sports a pair of headphones almost all the time. His personality is quite mysterious and no one ever really knows what he might do next. He is intelligent and also exhibits a lot of strength when he gets into fights. He is raw, vulgar and also very openly a pervert who boldly expresses his desires towards the other characters.