Who is Monica Aldama Married To? Does She Have Kids? 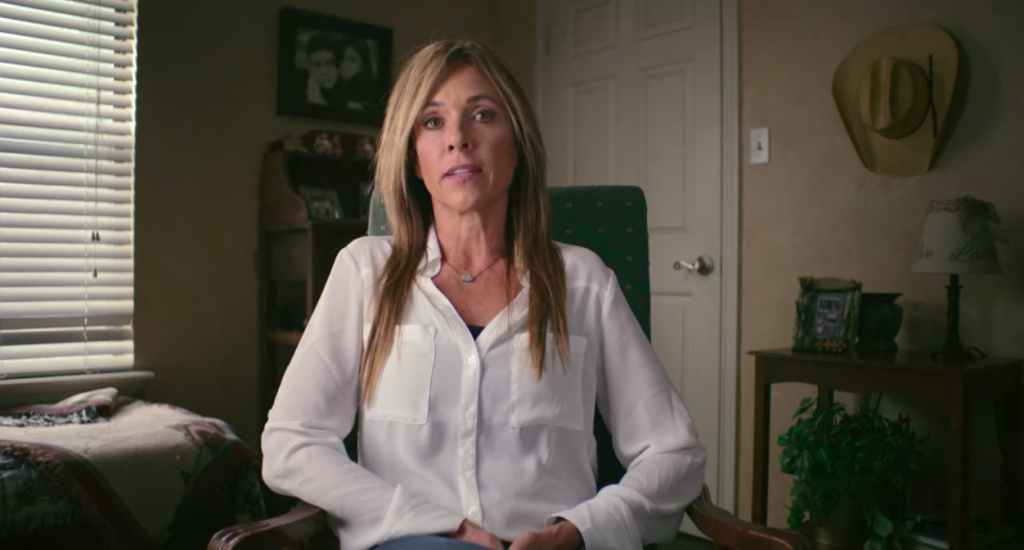 Monica Aldama became an overnight sensation when Netflix released a six-part docuseries about the cheerleading team she coaches in a small-town in Texas. Monica Aldama is a force to reckon with and a true inspiration who has coached and built the 14-time national champions cheer team from the ground up. At Navarro College, Corsicana, her cheer team is nicknamed “dynasty” and her students call her the “Queen”. Monica runs her team with an iron-clad will and a “take no prisoners” attitude.

Whether it’s being a supportive advocate to her students or being a motherly voice of reason, she does it all with unquestionable leadership and undeniable authority. When it comes to competitions, this lady plays to win, even coaching her team through the crisis of a mid-competition injury to a win the 2019 cheer nationals.

You can always count on family to hold you up during times of uncertainty. If only we would have known then…Missing all of my kids today. ❤️

The Netflix docuseries is called ‘Cheer‘, and it follows the inspirational story of the cheerleaders of the Navarro Junior College, their months of blood and sweat, and the sheer hard work they put in, guided by their formidable coach Aldama. Overnight, the stars of the show shot to fame, appearing on shows like ‘The Ellen DeGeneres Show,’ ‘The Oprah Winfrey Show,’ and even doing a skit for ‘Saturday Night Live’. But none was as loved by America (and the world at large) as their coach.

With the success of ‘Cheer’, Monica Aldama became a household name, and one of the most loved reality stars on TV right now. She has been at Navarro for the quarter of a century now, having joined as a cheerleading coach in 1995, and she has single-handedly taken the team to unprecedented heights of victory. But what about her own family? People are dying to know more about her home life so we are happy to bring you details of Monica’s husband and kids.

Monica is married to Chris Aldama. They have been married for approximately 30 years (definitely more than 25 years because they were already married when Monica took the job at Navarro in 1995). Chris has a bachelor’s degree in Criminal Justice from Southwest Texas State University. He currently works as the Director of Probation at Navarro County Community Supervision & Corrections Department. He has worked in this position since 2009. Before that, between 1994 to 2009, Chris was the Chief Officer at Ellis County Juvenile Services.

Before Monica became a cheerleading coach, she dreamed of earning big bucks on Wall Street, armed with her degree in finance from the McCombs School of Business and an MBA from the University of Texas at Tyler. After Chris and Monica got married, they moved to Dallas, where she took a job at a computer company. When she heard about an opening for the head coach of the cheerleading squad at Navarro, Monica jumped at the opportunity. Their lease in Las Colinas was coming to an end, Chris was already commuting to Waxahachie for work at that time, and, most importantly, she hated her job.

She figured she would apply first and worry about everything else later. New York and Wall Street weren’t going anywhere. Cut to 25 years later, and Chris is the one who gave Monica the best advice of her life after her rise to fame. Her husband told her not to read the negative comments on the internet because haters are going to hate and there will always be people trying to bring one down, but the well-wishers will be more in number.

Apart from his job dealing with criminals and their rehabilitation, Chris loves music and is an amateur musician himself (going by his Instagram, it looks like he plays in a band). He is also interested in outdoor activities like fishing and hiking and is a livestock enthusiast. Chris and Monica seem to have a very happy married life together.

Chris and Monica have two kids – a boy named Austin, and a girl named Ally. Austin is 24-years-old and is a graduate from Texas Tech University, while Ally is 20 years old and is part of the cheerleading squad at the Southern Methodist University, Dallas, Texas. Both siblings are quite close to each other and love spending time with the family. Together, they often go on fishing trips and camping and hiking, anything outdoorsy. Not much is known about Monica’s kids, apart from their ages and where they went to college.