Monster Problems: Everything We Know 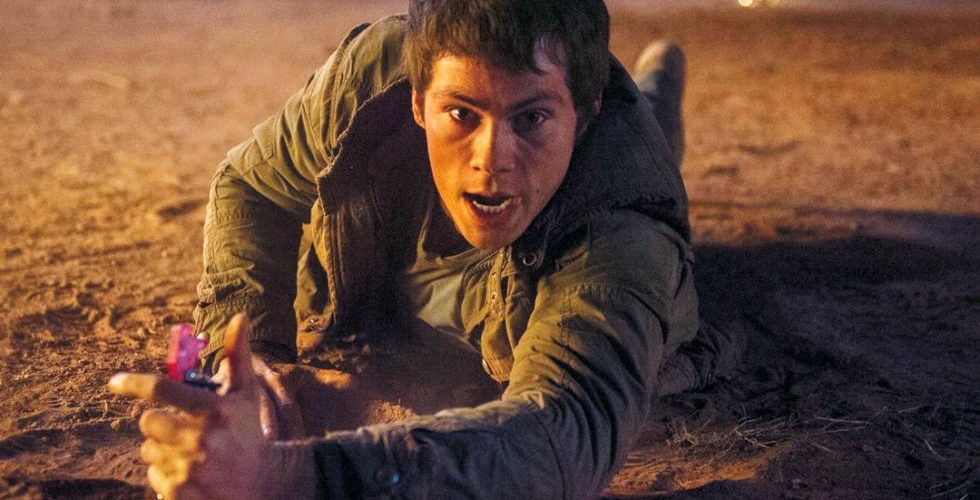 Coming of age can be scary as hell. One has to deal with hormones that transform one’s body monstrously. Then there is the quest to find and develop your own personality and identity. Don’t forget to add the challenges and pandemonium of love. Oh, and you have to worry about monsters under your bed too. ‘Monster Problems’ is an upcoming movie directed by Michael Matthews that will portray this rough phase of life with the seriousness that it deserves: in a post-apocalyptic fashion with literal monsters!

The film is a post-apocalyptic adventure comedy with a laughably diluted premise that seeks to bring out the conflicts of adolescence to a speculative setting. Backed by Paramount Pictures, the movie will act as a tester for a potential franchise.

‘Monster Problems’ adds another popular element to the mix: comedy. That seems to be a decent choice given the fact that many young-adult speculative movies tend to fail at creating the necessary impact. This is generally due to below-par adaptation and world-building which fails even more miserably when the story takes itself too seriously. A light-hearted approach might just bring a breath of fresh air to this populated genre. Read on to find out more about ‘Monster Problems’ including details about its plot, cast, crew and release date.

Monster Problems Plot: What is it About?

As of yet, only skimpy details about the plot have been revealed. Till now, we know that the story will take place in a fictional post-apocalyptic setting wherein the world gets overrun by deadly monsters. In this simplistically conceived dystopian world, Joel Dawson embarks on a quest to reunite with his high-school love (a zany but believable motif).

Following the classic narrative archetype of a hero’s journey, Dawson encounters several friends and foes on the way and has to battle life-threatening scenarios (monsters in this case). Dawson gets assistance from an expert monster hunter, Clyde who trains him to survive the apocalypse. The movie’s story feels similar to the 2011 stoner comedy, ‘Your Highness,’ wherein a prince goes on a quest to rescue his kidnapped fiancée in a satirical, epic fantasy world. Although that movie was rated R, ‘Monster Problems’ might have a similarly satirical vibe aimed at younger audiences.

Monster Problems Cast: Who is in it?

‘Monster Problems’ stars Dylan O’Brien in the leading role. He plays the character of Joel Dawson, a boy who sets out to reunite with his high-school flame in a monster-infested world. Having risen to prominence after appearing in the teenage vampire show, ‘Teen Wolf,’ O’Brien played Thomas in the post-apocalyptic series, ‘The Maze Runner.’ Apart from that, he has also appeared in movies such as ‘The Internship’ and ‘Deepwater Horizon.’ He is extremely popular with teenage audiences and casting him in this potential franchise starter seems ideal.

The American actor, Michael Rooker will share screen space with O’Brien in ‘Monster Problems.’ He plays a character named Clyde who is a seasoned monster hunter and Dawson’s trainer. Rooker is primarily known for playing Yondu in ‘Guardians of the Galaxy’ and its sequel, other than essaying the character of Merle Dixon in ‘The Walking Dead.’ Moreover, he has also notably appeared in ‘Henry: Portrait of a Serial Killer’ and ‘Sea of Love.’

Apart from Rooker and O’Brien, the British actress, Jessica Henwick is also a member of the post-apocalyptic comedy’s cast. She is best known for playing Nymeria Sand on ‘Game of Thrones’ and Jessica Pava in ‘Star Wars: The Force Awakens.’ That is not all. Henwick has also been a part of the Marvel Cinematic Universe, playing Colleen Wing in ‘Iron Fist,’ ‘The Defenders’ and ‘Luke Cage.’

Monster Problems Crew: Who is Behind it?

‘Monster Problems’ is being directed by Michael Matthews, a South African filmmaker who has won an Africa Movie Academy Award for the thriller, ‘Five Fingers for Marseilles.’ That movie is often called South Africa’s first Western film. Matthews has directed ‘Monster Problems’ based on a screenplay by Matthew Robinson.

Lachlan Milne has handled the movie’s cinematography duties. The film is a joint-production by 21 Laps Entertainment, Entertainment One and Paramount Players. It is being distributed by Paramount Pictures.

Monster Problems Release Date: When Does it Premiere?

‘Monster Problems’ is scheduled to release on April 17, 2020. The movie’s release date was moved to this one from the previously decided March 6th slot. It was a strategic decision, taken to ensure that the movie does not clash withPixar’s ‘Onward’  and that it receives a commercially favorable spot before summer.

However, ‘Monster Problems’ will have to battle with‘Trolls World Tour’ on its new release date. But we are certainly stoked about the post-apocalyptic comedy. Those who wish to see a new form of satire or parody should definitely look out for ‘Monster Problems.’