Everything We Know About Marvel’s Moon Knight Series 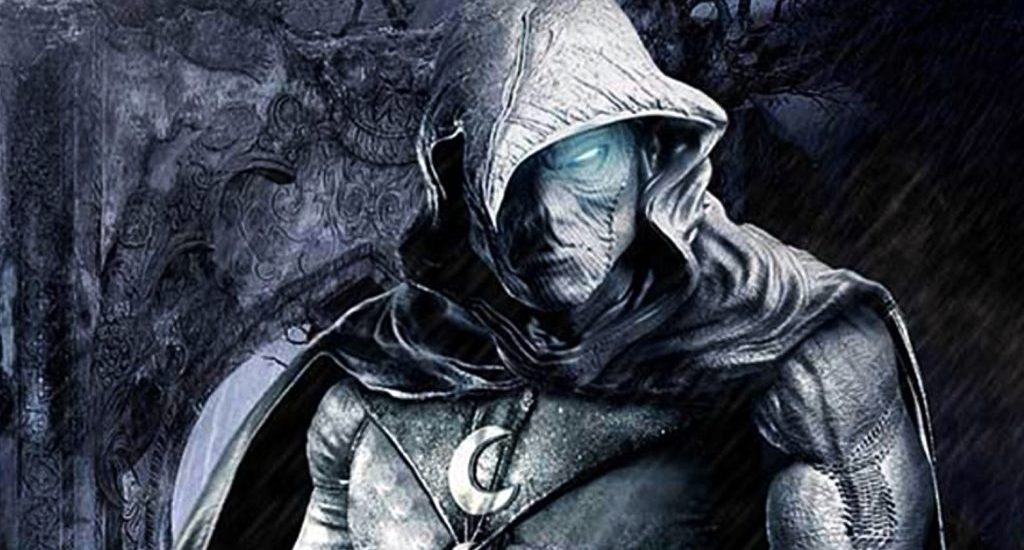 Despite being the biggest fan of the MCU, (mind you, the movies) I will not be judging if you hadn’t heard of Moon Knight before Marvel’s recent string of announcements adding to an already humongous slate of upcoming movies and TV shows. Having previously written on ‘Ms. Marvel’ and ‘She-Hulk’, it is completely understandable why the hype for these two, and the mystery surrounding this one, may be a bit on the higher side. The reason, obviously, is that while the former two have major associations within the existing slate of Marvel heroes, Moon Knight seems new to the party, which is what makes it all the more exciting for me.

To put it simply and in context for you, the introduction of Moon Knight in the MCU holds virtually the same turning-on-its-head potential that the ‘Doctor Strange’ movie did when it came out in 2016. Magic, alternate personalities and dimensions is one thing; but what ‘Moon Knight’ might allow Marvel to do is to experiment tonally; something that they haven’t done before. Think, Batman but with werewolves, and a deep rooted mythology; something that could be Marvel’s darkest adaptation to the screen yet, and the character completely warrants it. As always, the possibilities are endless, but it remains to be seen which ones the series will grab at. For now, let’s delve into a bit of character mythos and biography to try and dig into what Marvel’s intentions with the character and his solo TV show are. Read on.

Moon Knight Plot: What Is It About?

We are completely in the dark with respect to the particulars of it all, as I am sure is the case with most of us, since the show has only been announced a few days ago, with virtually no news on its development. Interestingly, James Gunn had pitched for a Moon Knight film back in the day from a draft script he prepared, but we don’t know how much of it actually panned out into the final project we are due to see. Coming to the regular drill, the safest and most obvious way we have of ascertaining any indications with respect to the plot would be to look at who the Moon Knight is as a character, since origins are going to be a major part of any fresh character adaptation.

The Moon Knight’s alter ego is Marc Spector, the son of a Jewish-American Rabbi who later grows up to be a heavyweight boxer. He later becomes a U.S. Marine followed by a mercenary for hire, occasionally working for the CIA even, which is where his extensive combat training stems from. Coming to how he gets his powers, which is the most interesting part, Spector, while working with an African mercenary, Raoul Bushman stumbles upon an ancient temple at an archaeological dig site in Egypt, where after a confrontation with Bushman who overpowers him and leaves him to die, he is brought to the statue of the Egyptian Moon god, Khonshu. In his fragile condition, Khonshu visits him in spirit form and offers to revive him if he agreed to be the god’s incarnate on Earth.

Another interesting thing about his “supernatural” powers is the multiple personalities the Moon Knight developed as a result of his encounter with Khonshu, the moon god. There have been several individual comic arcs that delve into his “dream” like manifestation of Khonshu as part of his dissociative identities, and whether his encounter was even real or not, an internal struggle that should imperatively be covered in the series. His powers though, unequivocally so, are very real.

Coming to the more human parts of his existence, the Moon Knight is a top notch detective and hand to hand martial arts combatant owing to his years of training: like I said, Batman, but with werewolf like superpowers. These superpowers though, are not consistently “super” as our other superheroes have, instead depending on the lunar cycle, being the strongest on a full moon night and so on. Now that is something that can be really interesting to watch on-screen. Like Kryptonite, but occurring bi-monthly in depreciative cycles. Maybe I am theorising it too much, but it doesn’t take a lot of imagination to see that this can easily be one of the most unique aspects of the Moon Knight’s story.

From everything we have seen with respect to comic book movies until now, we know that a hero is only as good as his villain is, and unlike both She-Hulk and Ms. Marvel that are known to square off against adversaries of their better known counterparts, the Moon Knight has a well formed rogue gallery of his own. Assuming this even develops into Marvel’s traditional six episode miniseries, the makers would still have enough material for one villain per episode until a face-off with the nemesis in the finale, allowing them more room with other aspects of the show, including the aesthetics, which I feel are about to play a major role here. The gallery here includes Morpheus, Midnight Man (obviously), Black Spectre and of course, Raoul Bushman, who I am kind of terrified of. Point being that the mythos here is obviously expansive, but there needs to be a definite tie in.

As with the foes, a superhero’s friends are equally important. And there is no way that the series doesn’t include Frenchie, or Jean-Paul Duchamp as he is otherwise known, Spector’s French pilot best friend. Most of where Frenchie commands a good, meaty role, would be in Spector’s life before he became the Moon Knight, while the two ran some pretty adventurous missions as mercs. Of course, there is Marlene Alraune, a frequent love interest, and Bertrand Crawley, but there is none quite like Spector’s and Frenchie’s camaraderie.

Chronologically speaking, I feel that the only way the ‘Moon Knight’ TV series fits in the currently ongoing scheme of things, and for it to lead somewhere, it has to have direct connections with the new Doctor Strange movie, ‘In The Multiverse of Madness’. Come to think of it, there is no other sub-universe or mini-mythos in the MCU, especially in Phase IV, that would allow the proliferation of magic and mystical mythologies the way Strange’s can. It would therefore make a whole lot of sense if the Moon Knight is given a faint introduction in the new Doctor Strange film, given that the two have worked together on several occasions in the past, and then segue into Moon Knight’s canonical origin story in his individual series, the one we discussed above.

Moon Knight Cast: Who Is In It?

Keanu Reeves was the internet’s fan favourite casting for the role of the Moon Knight, but we can safely bid goodbye to that, since the Moon Knight is finally happening as a TV series, and not a film. Don’t take me wrong, but Keanu Reeves is too hot of a property right now for TV. That leaves us with a lot of potential actors that can be cast in the titular role, but unfortunately, not a name and face we can pin the title on, currently. Furthermore, the only MCU actor one can count on to possibly make an appearance would be Benedict Cumberbatch’s Doctor Strange, seeing as though it would make a lot of sense for ‘Into The Multiverse of Madness’ to introduce the Moon Knight. However, there is still a long wait before we see any real developments happening on the show.

Moon Knight Crew: Who Is Behind It?

Yet again, too soon to announce and too little concrete data, but we know for sure, as is the story with every Marvel property set in the MCU, that Kevin Feige would be producing the series under the Marvel Studios banner he heads.

Moon Knight Release Date: When Will It Premiere?

Since in the beginning of the article, we have already established where ‘Moon Knight’ would fit in, chronologically, we do have a rough ballpark earmarking the time when the series could air. ‘Doctor Strange: Into The Multiverse of Madness’ releases on May 5, 2021, so based on our assumption above, it would make sense to assume that ‘Moon Knight’ may book a slot for Fall of the same year. Roughly two years from now also seems like a pretty doable time for a limited series for Disney+, but even initial drafts of the script have yet to surface.

When Will Summer House Return on Bravo?