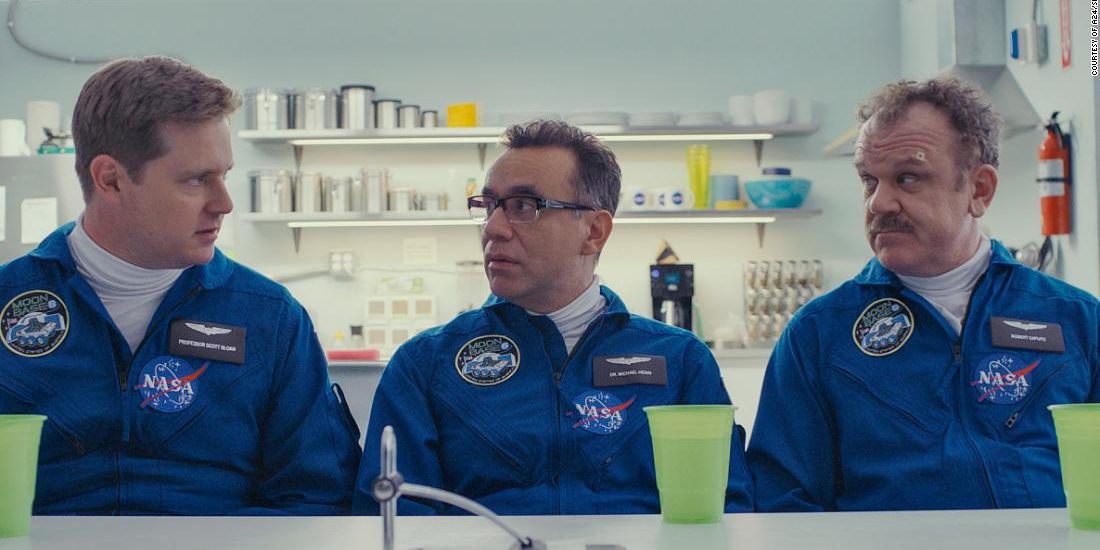 The premiere episode of ‘Moonbase 8’, Showtime’s space-themed comedy, had revealed that Cap considers his potential trip to the moon as a get-out-of-jail-free card. He hopes that his success will be his redemption for being a bad father, husband, and pilot. This week, the second episode focuses on Rook, who confesses that his lunar dream is not quite entirely motivated by the goal to spread the Gospel of Jesus. More on that later. Now, ‘Moonbase 8’ is all geared up to release its next episode. And here is everything you need to know about it.

Where to Stream Moonbase 8 Episode 3 Online?

If you have a cable subscription, you can watch the 3rd episode of ‘Moonbase 8′ by tuning in to Showtime on your tv at the designated time slot. Otherwise, you can catch up on the entire series online on Showtime’s official website and the Showtime app. The third option is to watch the episodes online on YouTube TV.

Otherwise, you can log in to your Hulu account and catch up on all the six episodes of season 1. Also, if want to ditch cable, you should know that ‘Moonbase 8’ is available for live-streaming on Directv, Fubo TV, and Sling TV. Finally, the show is included with Showtime on Amazon Prime for $10.99/month after trial.

The 3rd episode is called ‘Quarantine’. Showtime has outlined its official synopsis, which goes as follows: “After Cap and Skip both get sick, it leads to vastly different quarantine experiences for each of them; left alone with a new female team member, Rook finds himself attracted to her and must decide whether to act on his feelings.” For some more insights, you can also check out the official promo for the upcoming episode below:

‘Rats’ kicks off with Rook recording a video clip to show his fam — which consists of 10 kids, with a couple more on the way. He also resents Cap since the latter does not shower him with appreciation. Later, the team suspects that a mysterious “prowler” is stripping the base’s gear for parts. Rook fails to strap on his suit fast and hence, is unsuccessful in his first shift as a lookout. This causes Cap to vent out his frustration on him.

Rook is upset and decides to leave the mission — citing that he also needs to think of a name for his upcoming baby. Cap is worried that if Rook bails out, NASA may terminate the program. In the end, Rook realizes that his family does not miss him as much as he misses them. So, he decides to stay back. Skip tells him that the best gift he can give his kids is by becoming an astronaut. Cap finds out that the prowler is a local mushroom dealer who was scouring for parts for recycling.

Read More: Where is Moonbase 8 Filmed?