Who is Morgana in Cursed? 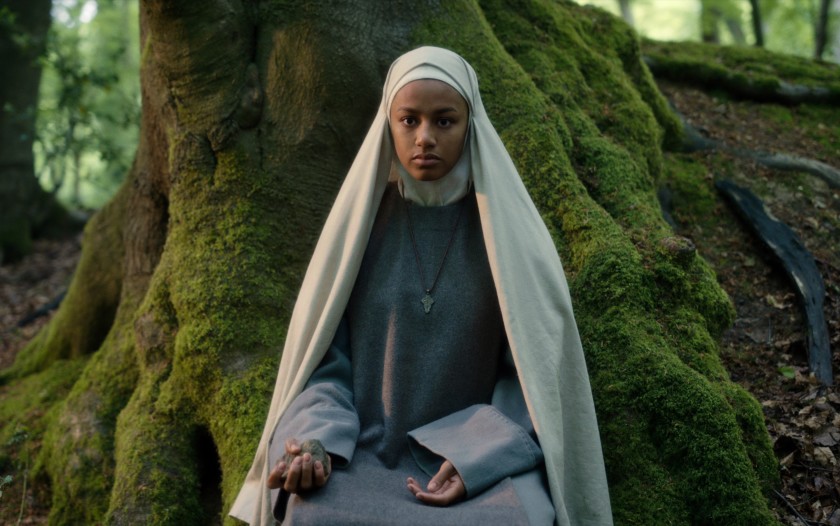 What sets Netflix’s ‘Cursed’ apart from all the other adaptations of the Arthurian legends is its attention to the arcs of the female characters. It flips the narrative by putting the sword in the hand of a girl, named Nimue, and also surrounds her with powerful women who always look out for her and push her to do the right thing. One such character is Morgana. At first glance, she looks like a submissive nun who is dedicated to the Church. But soon enough, she is revealed to be a multi-layered person who doesn’t need any magical powers to do some good. While the show examines her under a very positive light, the original stories hadn’t been so kind to her. Here’s what you should know about Morgana.

Who is Morgana? How is She Related to Arthur? 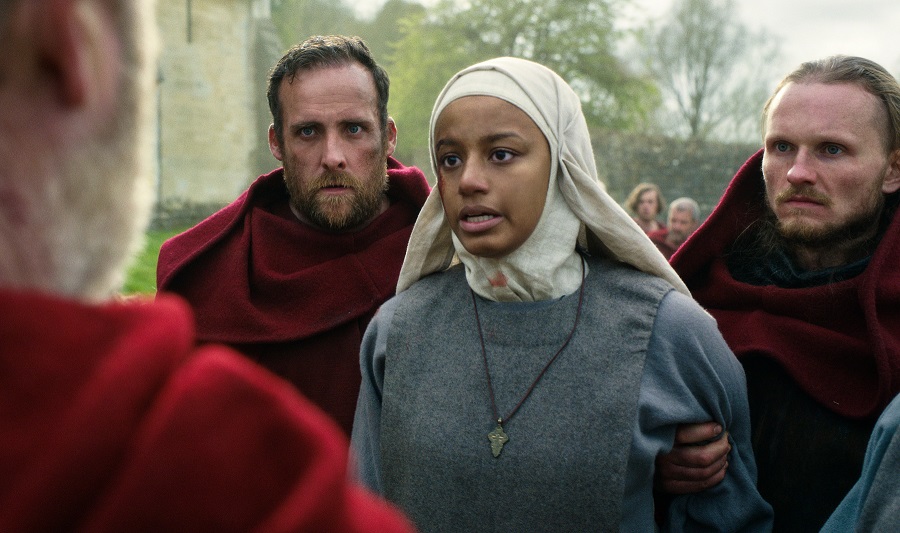 ‘Cursed’ introduces Morgana as the sister of Arthur. She lives as a nun in the Yvoire Abbey but later turns out to be the one aiding the Fey in escaping the massacre by the Red Paladins. According to the Arthurian legend, Morgana, better known as Morgan Le Fay, is acknowledged as Arthur’s sister, though half-sister. She is believed to be the daughter of Igraine (the name she goes by at the Abbey, in the show) and her first husband, Gorlois.

After Uther killed Gorlois and married Igraine, who later gave birth to Arthur, Morgana was sent to a convent. This is where she got in touch with the art of magic and the supernatural. She is also credited as a great healer. In other versions, the presence of her magical abilities is attributed to her being a goddess, a witch, or even, a fay. In another version, she is known to have learned magic from Merlin and is also held responsible for trapping him in a cave. In some versions, she also becomes romantically entangled with the sorcerer.

In the show, we sense a wall between Morgana and Arthur. She blames him for abandoning her when they were children, but there is no deep-set animosity between them. In the legends, Morgana and Arthur are, more often than not, found working against each other. She is schemes against the king to usurp his throne. At one point, she steals Excalibur and gives it to one of her lovers to overthrow Arthur. She is also counted as the reason for Arthur’s fall. However, at the end of the story, they reconcile and it is she who takes him to Avalon to heal his wounds from the Battle of Camlann.

She is married to Urien, though unhappily. She is also known to have taken many lovers throughout her life, but her heart is set on Lancelot, which is what makes her hostile towards Guinevere, Arthur’s wife, who has an affair with the knight. The promiscuous personality of Morgana gives her a villainous air. But the show lets go of that at once by refreshing her romantic preferences. But that’s not all that they change.

In the show, Morgana ultimately kills the Widow and, as a result, becomes her. Previously, she is also touched by Cailleach, which gives her the power to communicate with the dead. In the legends, there is no such arc in her story. But things do get dark for her. In one of the versions of the legend, Arthur has an incestuous relationship with her which leads to the birth of a child named Mordred. It is prophesied that he would be the reason for Arthur’s downfall, which is why he tries to kill the baby. His son or not, Mordred does become the reason for the fall of Arthur’s empire. He seizes power while Arthur chases after Lancelot for having an affair with his wife.