When Does Most Beautiful Thing Season 2 Premiere? 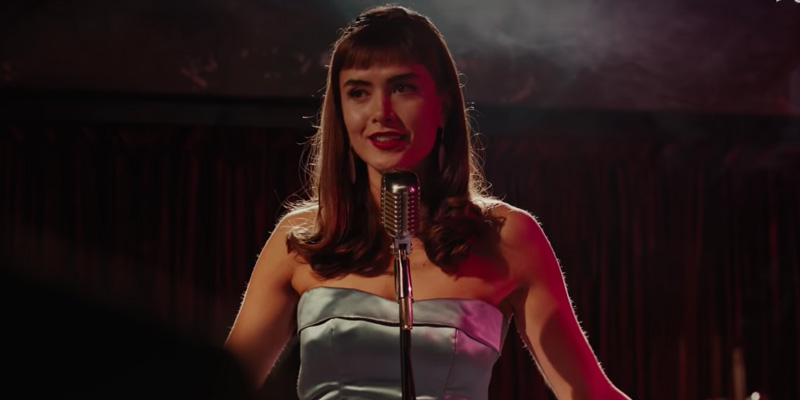 “Actually, we don’t notice how brave we are until we need to be” — this is how Netflix had introduced its Brazilian series — ‘Most Beautiful Thing’ aka ‘Cois Mais Linda’ (in Portuguese). It originally premiered in March 2019 and serves as a period drama, set in 1950s Rio De Janeiro. It is created by Giuliano Cedroni and Heather Roth and is written by Patricia Corso, Leo Moreira, and Luna Grimberg. Directed by Caito Ortiz, Hugo Prata, and Julia Rezende, the first season of the show received a warm response from fans. Read on to know when season 2 will hit the streaming platform.

Most Beautiful Thing Season 2 Release Date: When Will it Premiere?

‘Most Beautiful Thing’ Season 1 premiered on March 22, 2019, on Netflix, in all its entirety of seven episodes. Each part had a runtime of 50 minutes. This poignant narrative of female rebirth, women empowerment, and self-discovery was yet another addition to Netflix’s never-ending repertoire of foreign language programs. It was, in fact, the fourth Brazilian show after ‘3%’, ‘O Mecanismo’, and ‘Samantha!’, to feature on the streaming platform.

Lending a real-time view of the then lustrous Rio De Janeiro, season 1 managed to intrigue viewers with its flashy depiction of a bygone era. Moreover, with Netflix constantly adding more foreign shows in its catalog, we were always certain that we would see a second season soon enough. Well, here’s the good news! ‘Most Beautiful Thing’ season 2 is slated to premiere on June 19, 2020. It will consist of six episodes.

‘Most Beautiful Thing’ features Maria Casadevall as Maria Luiza Vilaverde — who is the protagonist. She is a Brazilian actress and model, who was voted Woman of the Year by the GQ Brasil magazine in December 2013. Brazilian actresses Fernanda Vasconcellos and Mel Lisboa enact the characters of Lígia and Thereza respectively. Patrícia Dejesus — an actress, model, and television presenter from Brazil — portrays Adélia and Thaila Ayala features as Helô. Other lead roles are played by Ícaro Silva as Capitão and Leandro Lima as Francisco “Chico” Fraga. In season 2, the entire lead cast will be making a comeback.

Most Beautiful Thing Season 2 Plot: What Can it be About?

A wonderful tale of self-discovery and realization of one’s dreams, ‘Most Beautiful Thing’ is set in the vibrant, eclectic, and colorful backdrop of Rio De Janeiro. During the period of the 50s to 60s, this progressive Brazilian city had witnessed one important cultural rise — the emergence of Bossa Nova — a style of music which fuses with samba with jazz.

Amidst this great cultural transformation in Brazil, we are introduced to Maria Luiza Vilaverde or Malu. She is a wealthy, dutiful young woman, who has always been under the protective cover of her dad and husband. She moves to Rio in order to start a restaurant with her better half. But soon upon reaching, she discovers that her husband has abandoned her and left with all her money.

Heartbroken and distraught, Malu now has two choices — accept her fate or choose to fight it, And as expected, she opts for the latter alternative and decides to face her situation, instead of returning to her strict father — much to his dismay. Inspired with the new wave of Bossa Nova, which is now taking the new generation by storm and flooding the city, Malu opens her own live music venue in the restaurant.

Along the way, she meets new friends, finds her place in the world, discovers her true rhythm, and encounters the seductive musician Chico — who gradually turns out to be her new love. In her journey, there are mainly three women who help her through her ordeals: her childhood friend with a charming voice -Lígia, a determined, strong lady –  Adelia, and an upcoming, independent writer – Thereza.

Season 2 will embrace the same encouraging, feminist-driven trope of rediscovering one’s independence, dreams, and identity while touching at all your emotional chords.

You can check out the season 2 trailer right here.