Will There be a Motherland Fort Salem Season 2? 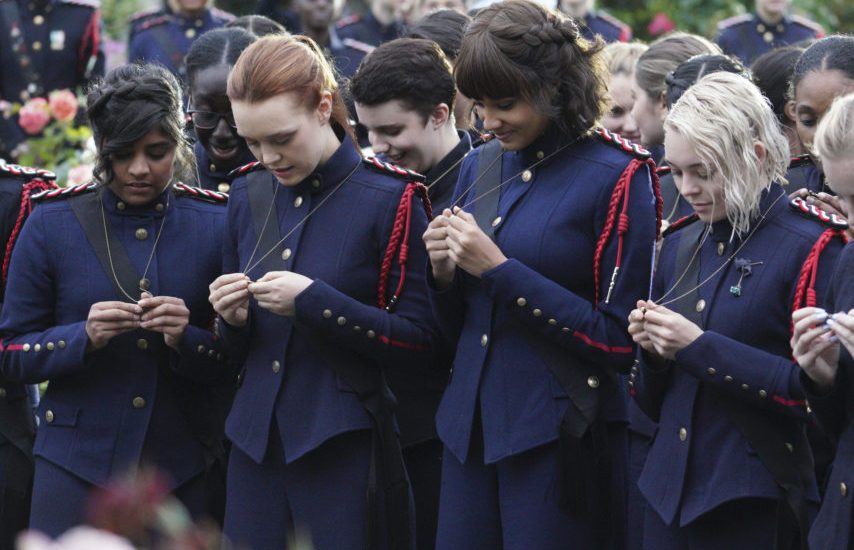 On May 19, 2020, a day ahead of the Season 1 finale, Freeform renewed the series for its second edition. Creator Eliot Laurence confirmed the news in a statement, saying: “I could not be more grateful for the chance to keep exploring the world of Motherland: Fort Salem. Freeform has been such a fabulous home for us through the development process, production, post, and marketing. I’m also blown away by the love we’ve gotten from our fans, whose excitement and passion played a massive part in this renewal. Thank you, witches!”

It was also confirmed that the upcoming installment is scheduled for an early 2021 premiere. In the wake of the ongoing COVID-19 pandemic, if things go as planned, we can expect ‘Motherland Fort Salem’ season 2 to premiere sometime in March 2021.

Motherland Fort Salem Season 2 Cast: Who Can be in it?

Motherland Fort Salem Season 2 Plot: What Can it be About?

The season 1 finale sees Raelle, Abigail, and Tally graduating from Basic Training, and accompanying General Alder to rescue the Tarim witches. However, after their mission, they are attacked by the Camaria and Raelle suffers a stab wound. The others leave on a helicopter but Abigail refuses to leave. Anacostia allows her Spree prisoner Scylla to leave and follows her — only to find that her boss is Willa, Raelle’s mother, who’s still alive.

Season 2 will delve deeper into this alternate world and shed light on what happened to Raelle and Abigail, the force that protected them, and how the army will discover a major type of new magic, which will become a powerful superweapon. We will also learn why Willa faked her death and its consequent impact on Raelle’s journey. The Spree and Camaria will realize that they should stop fighting each other and concentrate on the more sinister enemy. And yes, there will be plenty of flashbacks, showcasing more of the U.S. history!