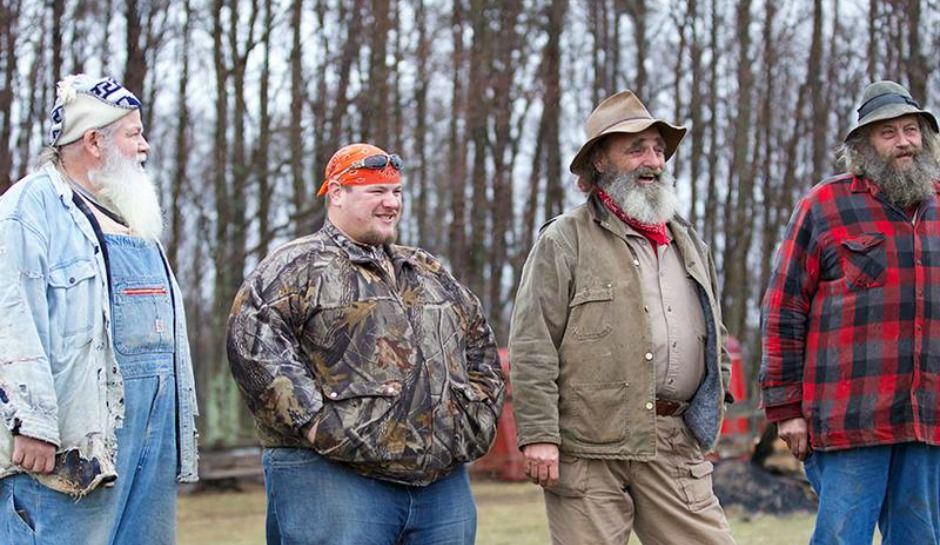 ‘Mountain Monsters’ is a reality TV series that previously aired on Destination America but currently airs on Travel Channel. It debuted on June 22, 2013, and traces the quests of the Appalachian Investigators of Mysterious Sightings (AIMS) crew, who are on a mission to uncover new evidence about unidentified creatures in the Appalachian Mountains. Comprising six native West Virginian hunters and trappers, the gang has, to date, dealt with everything, ranging from the Wolfman, Mothman to Bigfoot and Lizard Demon, to mention a few.

The show has spanned for six remarkable seasons. Let’s read more about ‘Mountain Monsters’ season 6 has in store for us.

Mountain Monsters Cast: Who is in it?

The AIMS crew comprises of six members — John Tice, Jacob Lowe, Joseph Lott, Jeff Headlee, Willy McQuillian, and William Neff — native hunters and trappers, who are experts in cryptozoology. AIMS was founded by Tice, Headlee, and McQuillian and the aim of this gang is to prove the existence of creatures that form a part of folklore, such as Bigfoot, Werewolf, Hellhound, Lizard Man, and Mothman, among others.

If the show returns for season 7, you can fully expect the AIMS crew to return as well.

Mountain Monsters Plot: What is it about?

The Appalachian Mountains are infamous for holding the maximum record of mysterious-creature sightings in the US. And ‘Mountain Monsters’ follows a team of hardcore, fearless men, who shall stop at nothing in order to seek out these unexplained entities. We follow the gang as they set out to track the most elusive monsters, ranging from the Kentucky Wolfman to the Lizard Demon and the iconic Mothman. But if they leave physical evidence behind, these skilled outdoorsmen vow to lure them out, after getting confirmation from local witnesses. In short, “When folklore bites back and leaves a trail of proof, this band of native West Virginian sons seeks the truth.”

Each episode begins with the trappers introducing the particular creature they are hunting on that specific day. As they trek to the site, they meet eyewitnesses and gather data on where to launch the investigation. After finding traces and evidence, these adventurers start creating a trap to contain the beast. Proof of the beast’s evidence is also shown via images, video or audio clips. Post completion of all the procedures, the team sets up their ultimate night hunt.

‘Mountain Monsters’ is a cult classic that concludes with its season 5 finale on quite a cliffhanger. After the AIMS team embarks to capture the Woman of the Woods, they arrive again in the Dark Forest. However, they end up unraveling more sinister secrets.

Season 6, which returned almost after two years, picks up the thread and followed our favorite hillbilly hunters as they remain in the backwoods and search for more legendary, terrifying monsters. But after a devastating update from one of the fellow trappers, the crew decides that it is best to leave this cursed site.

In season 6, we also witness the AIMS crew tackling seven fabled mythical creatures, rooted in folklore and all of them having a weird connection to the ultimate beast –the Spearfinger. The entities tackled by them include the Waya Woman, the Cherokee Devil, the Raven Mocker, the Silver Giant, the Cherokee Death Cat, and the Coyote King. Each of these creatures is so menacing that the team members are compelled to band together and trust one another while relying on their expert knowledge of the terrain and survival skills. Our heroes know one thing for sure: however daunting the task may seem, if they work as a unit, they will definitely be able to solve the mysteries of the mountains.

Mountain Monsters Season 6 Release Date: When will it premiere?

‘Mountain Monsters’ season 6 premiered on Travel Channel on August 21, 2019 and ran for 11 episodes.

‘Mountain Monsters’ is a show that has garnered an immense fan base during its run — so much that after its fifth season’s conclusion, there was even an online petition (with over 17000 signatures), demanding the makers to bring it back for the sixth time. Well, they were not disappointed after all! Do not miss tuning in as your favorite show makes a comeback yet again to send further chills down your spine.

Below is the official trailer for season 6 of ‘Mountain Monsters’. Check it out and you will get an idea of what the latest season promises to bring for its viewers.