10 Worst Movie Franchises of All Time

Making films is no easy job, as there are a lot of things to be focused upon, and all of them have to be done well enough, or you end up getting a film that either performs poorly at the box office, of gets a lot hate from the critics : unbalanced! Now, while making films is hard, making a franchise of movies is much, much harder, and thus we have no shortage of failed movie franchises. Over the years we have seen filmmakers pull off some really good movie franchises, but for every good one, there have been at least three that failed to take off! Here is out list of the top really bad movie franchises that failed to take off. 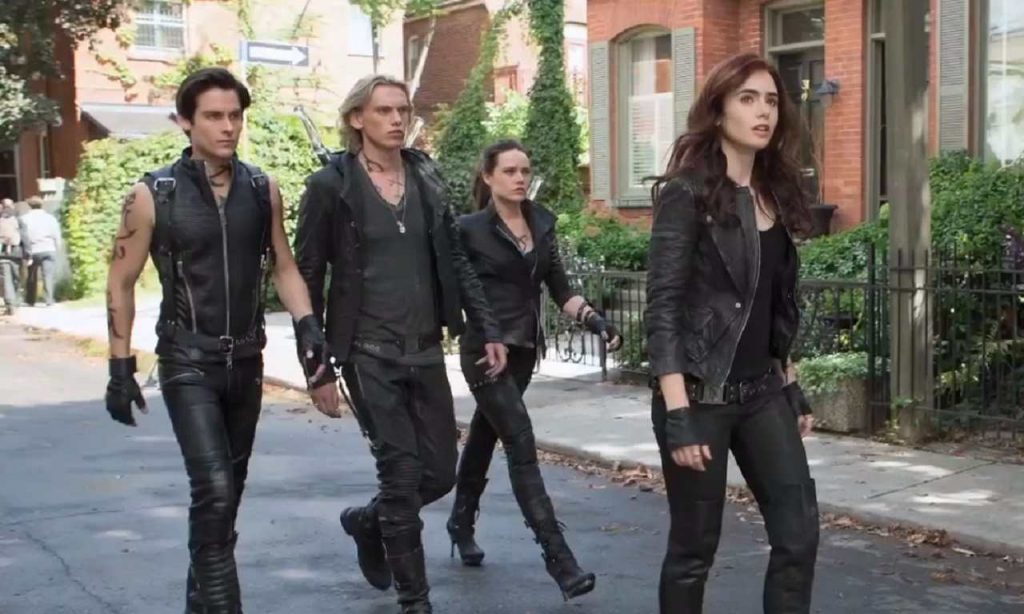 If you are a fan of the ‘The Mortal Instruments’ books, you just know your blood begins to boil at the mention of this 2013 movie adaptation. Considered to be one of the worst book adaptations, of all time, this movie is not only just that, but probably also one of the most hated films of this century. The movie follows (read as : tries to follow) the story of a group of teenagers with who are half-angels, and have to fight against demons, with a mix of witches, wizards and more, thrown in. It even starred the adorable Lily Collins. While the source material could have been made into a series of high-grossing films, this adaptation just ended up gaining it a spot among the worst failed movie franchises. 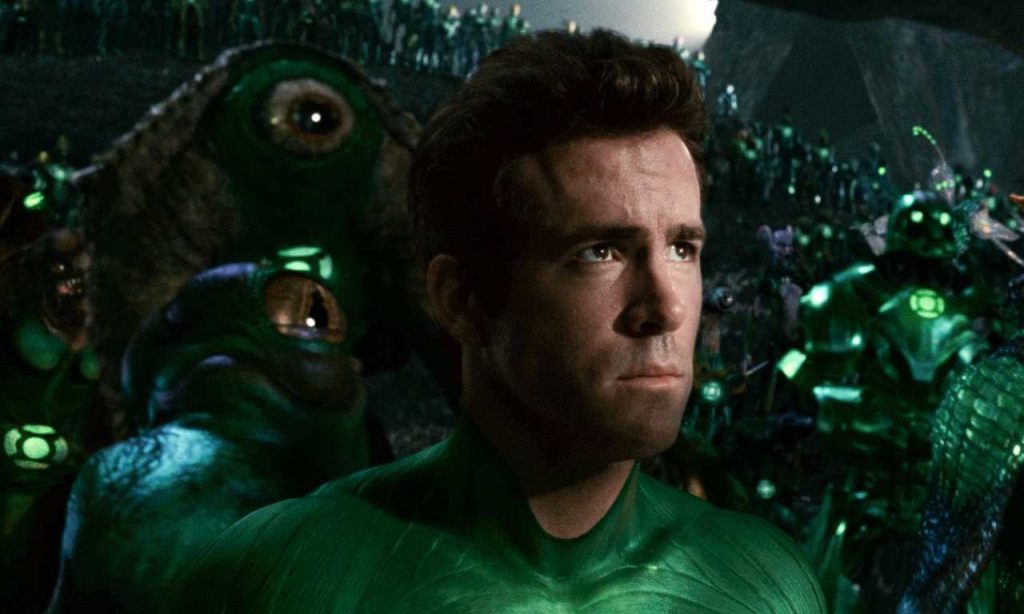 No comic book fan can ever forget this one! The movie starred Ryan Reynolds, who has now redeemed himself with Deadpool, and his now wife, Blake Lively. DC had been trying to catch up with the Marvel Cinematic Universe, by jump-starting a shared universe of their own, but weren’t able to give it their full attention, because their Batman trilogy, which had Christopher Nolan at the helm, wasn’t finished yet. In the midst of all the uncertainty, they made a ‘Green Lantern’ film that absolutely butchered up the character to such heights that they are still scared to attempt a rendition of the character, again, making it one of the worst in our list of failed movie franchises. 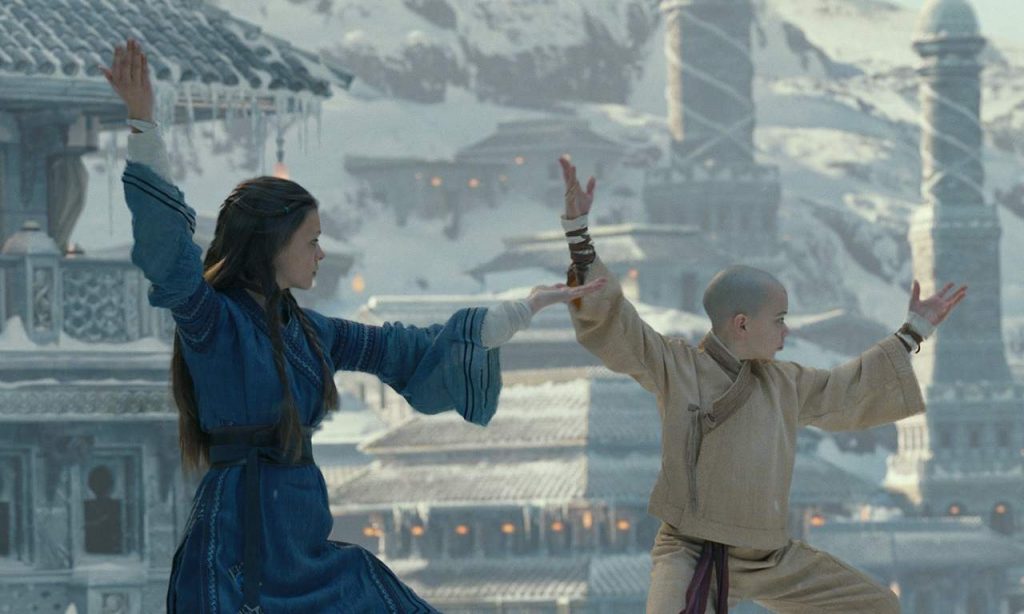 This 2010 adaptation of the animated TV series that ran between 2005 to 2008, and one that received quite a bit of hate from the fans of the original series.  Made by the controversial filmmaker M. Night Shyamalan, whose films almost never get a clear positive or negative reaction, this movie had the potential to be the first of a series of films, but had quite a few flaws that weren’t easily digestible. The characters had some details changed in the adaptation, while Shyamalan got blamed for ‘whitewashing’ with the casting choices. It is one of Shyamalan’s worst efforts till date, and while rumors about a sequel pop up quite often, we would rather have it remain among the failed movie franchises. 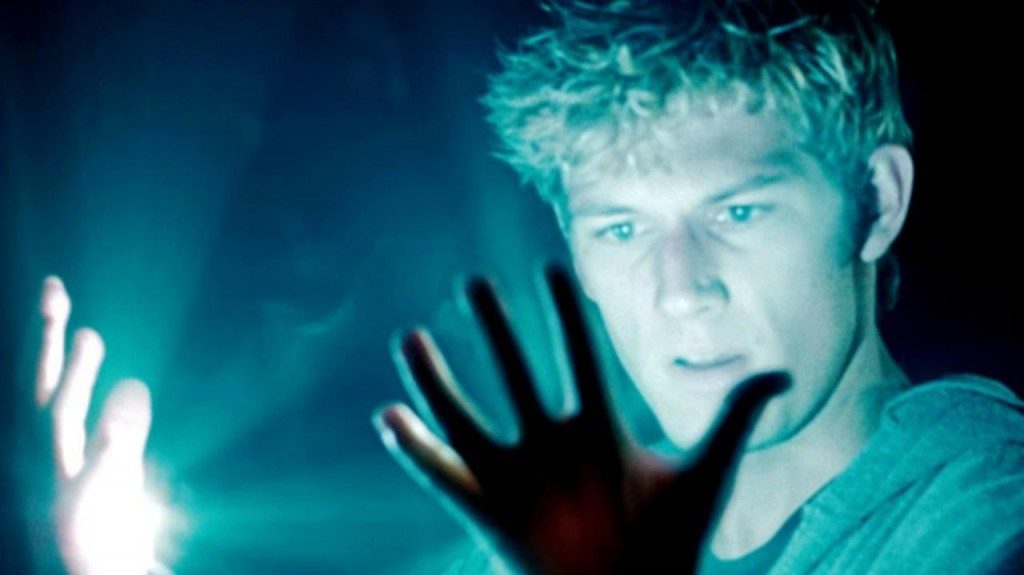 Yet another young-adult movie based on the first book in a series of fiction books which have been fairly successful, this movie was a failed attempt at spawning a movie franchise. The story is decent, following the ordeals of 15-year-old boy, called John Smith, originally from a planet called Lorien, and on the run since he was 4. The cast was far from bad, too, starring Alex Pettyfer, Teresa Palmer, and the brilliant Timothy Olyphant. It failed, however, in putting it all together, and the end result was just a glorified Twilight-ish film that was barely worth one watch. 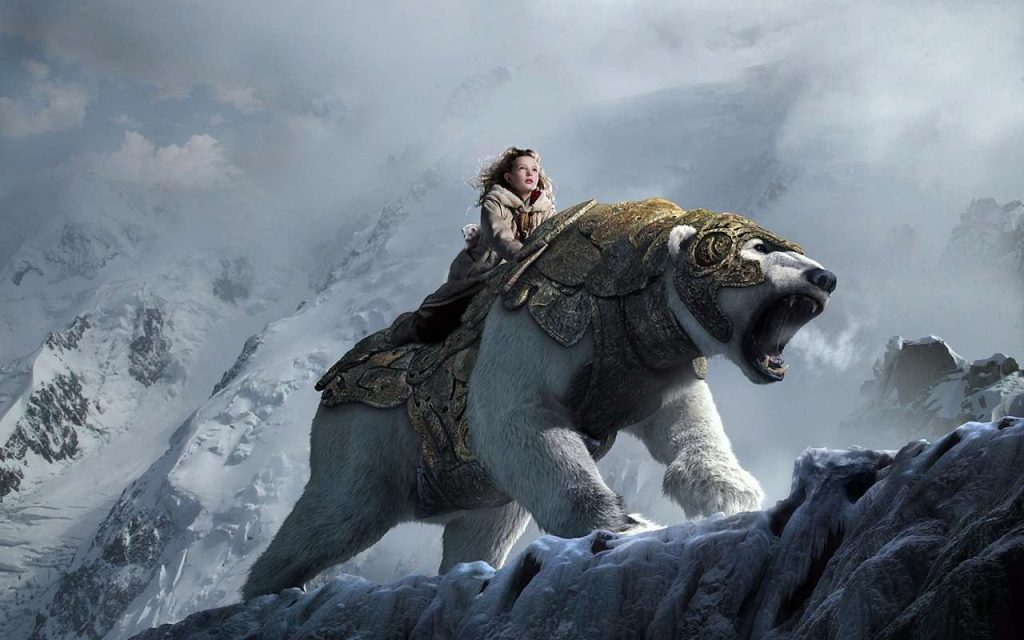 Based on Philip Pullman’s ‘His Dark Materials’, ‘The Golden Compass’ was supposed to be the beginning of a film trilogy, which could have done really well. The source material was very good, and the cast, on paper, seemed brilliant. Starring big names like Nicole Kidman, Daniel Craig, Sam Elliott, Ian McKellen, Ian McShane, Kathy Bates, and more, there was hardly any scope for the film to fail. However, the script failed at delivering the story, pushing in way too much information in way too little of time, and especially at a time where there wasn’t much room for new fantasy movies to find an audience. 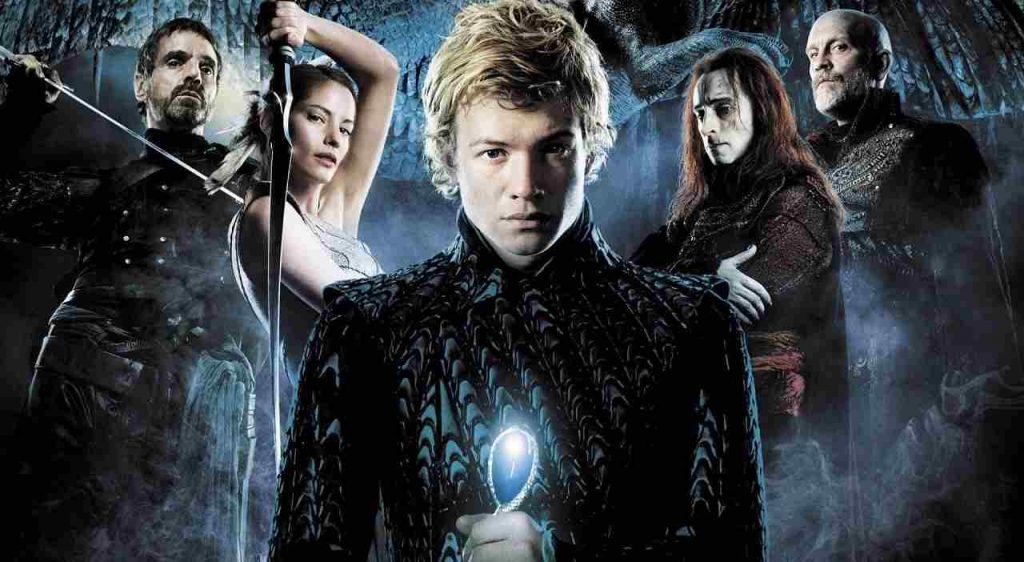 This 2006 adaptation of the first novel in Christopher Paolini’s Inheritance Cycle series, the movie largely failed because the script failed to adapt the source material, to a point where the fans of the books have been left questioning, till date, as to how the filmmakers failed at making a decent enough film to justify a sequel.  The cast was decent, and the film did make some money, but neither the fans, nor the critics gave it any positive feedback, making it one of the most disappointing failed movie franchises. 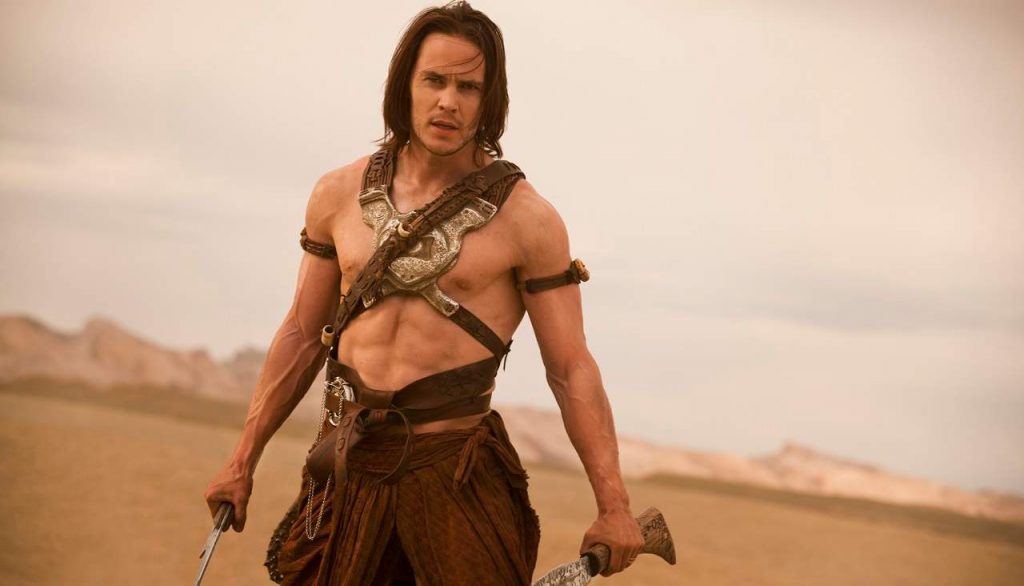 The fourth most expensive movie ever made, this was Disney’s failed attempt at making a successful franchise out of  ‘Edgar Rice Burroughs’ ‘ Barsoom stories, which has a total of eleven books. The movie had a decent cast, but failed to portray the setting of the story, as well as at marketing the film well enough to get it the necessary hype for people to actually show up to watch it. The movie could have used a sequel to set things right for it, especially because the source material was strong, and the efforts put into this film were moderately redeemable. 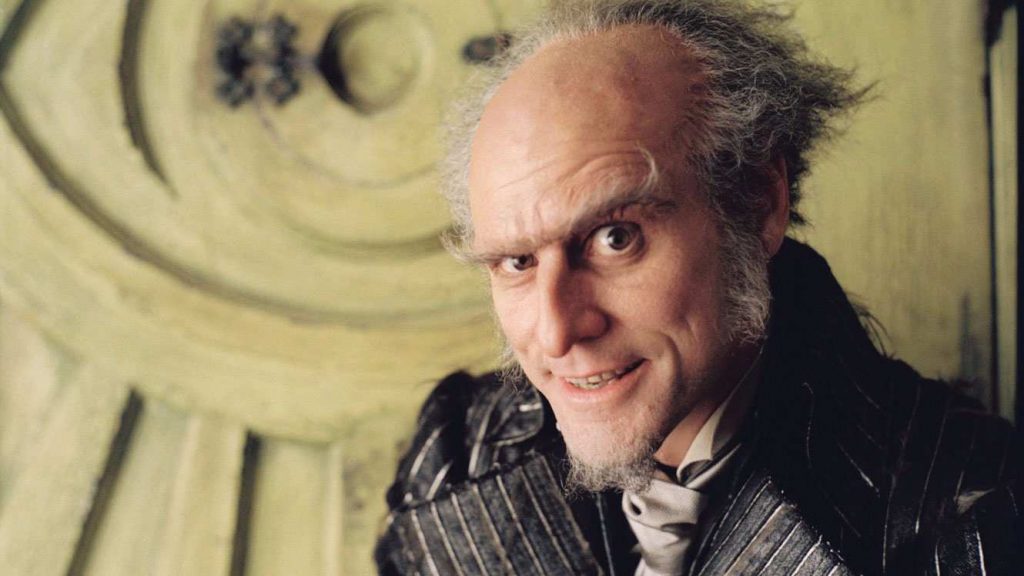 Anybody who knows about Lemony Snicket, knows how ‘A Series of Unfortunate Events’ could easily be made into not one, or two, but thirteen movies! Many of us have read and enjoyed the books about the story of the Baudelaire kids, but the 2004 adaptation of the same, for reasons we cannot decipher, failed to start a movie franchise. It had a great cast, with Jim Carrey playing the notorious Count Olaf, and brilliantly, that too! It had Jude Law as Lemony Snicket, narrating, and also starred Meryl Streep. It was nicely made, too, and beautifully captured the essence of Lemony Snicket’s stories. We wished this wasn’t on the list of failed movie franchises, but Netflix’s current series adaptation is an even better version, so there’s your silver lining! 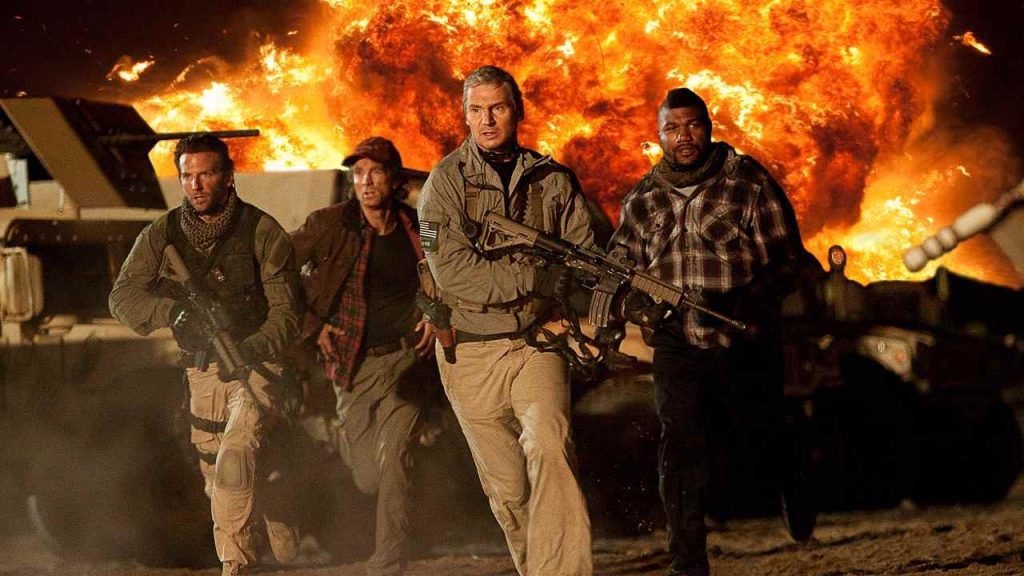 ‘The A-Team’ is a big name, famous because of the hit TV series by the name, which ran from the 1980’s, which was quite famous back in the day. What we are talking about is the 2010 movie adaptation of the TV show. The film followed the story of four ex-special forces soldiers, who get framed for a crime that they didn’t commit, and have to run and go into hiding while they try to clear their names. Starring big names like Liam Neeson, Bradley Cooper, Jessica Biel and Patrick Wilson, this film was set to be a hit, but still somehow tanked at the box office. The story was left open-ended, and there was enough material for sequels, but it didn’t make enough money to validate the development of one. It is an enjoyable film, and easily is one of the better attempts on this list, that failed. 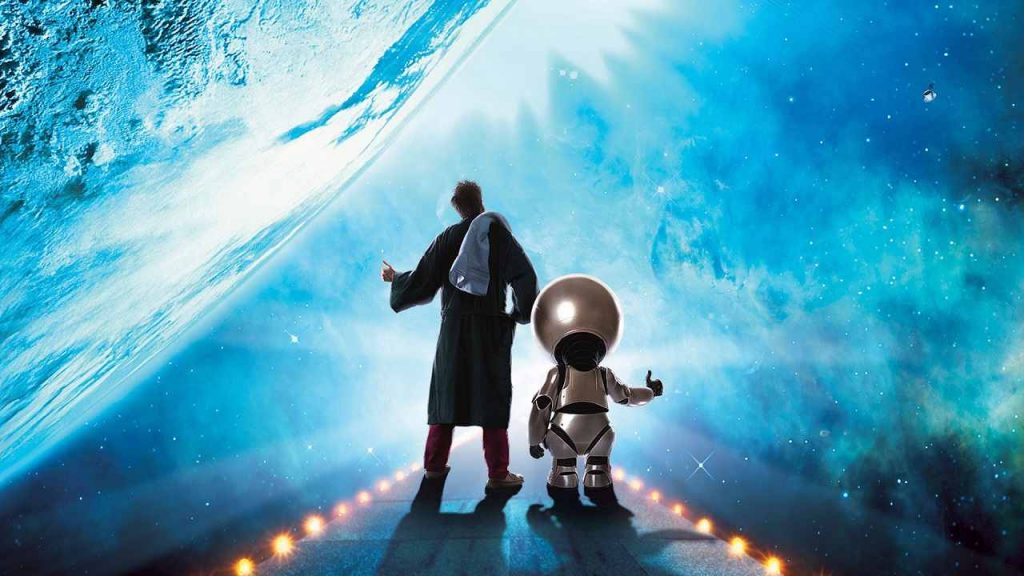 This is one of the biggest disappointments on the list. The 2005 adaptation of Douglas Adams’ work was let down by quite a few errors. The movie, despite everything that went wrong about it, was still a solid effort. The cast was star-studded, starring huge stars like Martin Freeman, Zooey Deschanel, Sam Rockwell, Alan Rickman, Stephen Fry, Helen Mirren, and many, many more. We have put this as the top of the list as this is the among those failed movie franchises that truly deserved to have a sequel, mostly because it was one of the more redeemable efforts.