The Fault in Our Stars: Heartbreaking and Inspiring 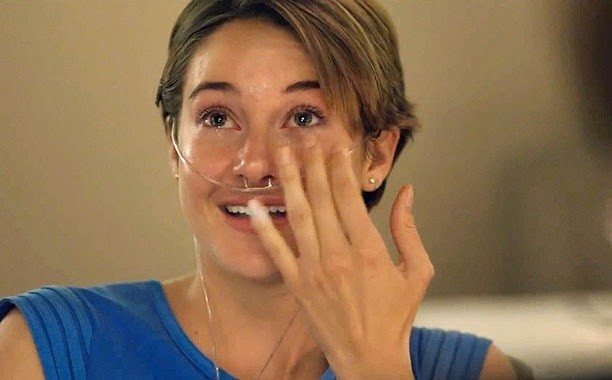 On the face of it, The Fault in Our Stars may look like one of those countless young adults (YA) films that come and go without even slightest iota of impact. Yes, it’s based on two young adults, but the similarities end there. It’s a lot smarter and a lot wittier than what you would expect a YA film to be. I would go a step ahead and say it shouldn’t be even refereed to as a YA film since it requires much more emotional intelligence to fully understand its nuances. I would rather classify it as a coming of age film, more on the lines of two excellent films — The Spectacular Now and The Perks of Being Wallflower — that have come in last couple of years. Yes, The Fault in Our Stars isn’t as subtly emotional as the other two films, rather it holds emotions on its sleeves; whether to its own advantage or detriment, will depend on how you want to look at it. There’s little to no doubt that the story plays more on fantastical terms where you have to believe the characters for what they are, and any effort to relate them to the world you know, might only bear disappointment.

It rarely happens that a film so intentionally sentimental actually achieves its purpose. It will be difficult to hold on to your tears as you watch the film. I would suggest, don’t even try. Let it flow. And as one of the characters says in the film “The world isn’t a wish-granting factory”, don’t wish the film to be perfect on every count. Feel it, rather than watch it and you won’t come out disappointed.

With that said, its a film that has a lot to say about life in general, outside the overtly sentimental love story at its center. But then, even though this film about two stricken is  sad and heartbreaking to watch, strangely and to its merit, the film will leave you more hopeful and optimistic about life. And that, my readers, is the greatest quality of this beautifully crafted film, apart from one other great quality about which, I elaborate below.

That grimace on her inherently exuberant face, that pain in those pretty doe eyes, that smile accompanied by a stream of trickling tears, that vulnerability in her shy mannerisms and that tenderness of her husky voice, are all what make Shailene Woodley’s Hazel Grace such a tragically beautiful character. The credit for making this film and this character immensely watchable should go to Shailene Woodley’s adroitness as much as its creator John Green’s deft writing. The story of two terminally ill adolescents who fall in love with each other could have gone anywhere, mostly in wrong places, but Shailene and Ansel Elgort (as extremely likeable Augustus Waters) ensure that the heart of the film remains at where it’s supposed to — as imagined by Green and the screenwriters.