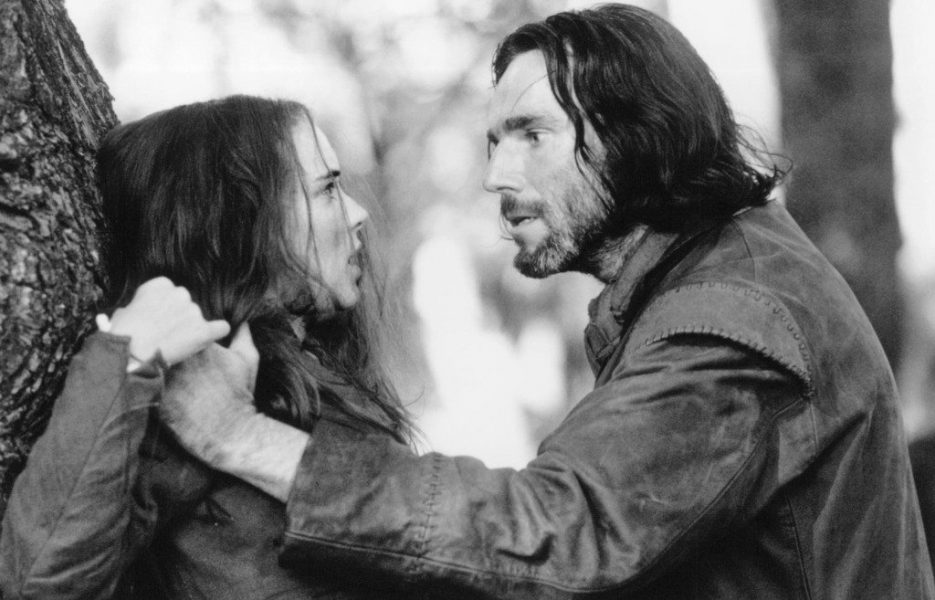 In the early fall of 1996 the word around Hollywood was that the film to beat for Best Picture was the adaptation of the Arthur Miller play ‘The Crucible’, which had not had an American film adaptation. There had been a French film in the late fifties, but no American studio had ever expressed interest in  the play as a film. Entertainment Weekly ran a cover story of the film in their Fall Preview edition in 1996 and it seemed The Crucible would dominate the Academy Awards and the major critics prizes. bNo one was expecting anything less than a masterpiece.

It had been a long road for the great playwright Arthur Miller, refusing to co-operate with McCarthy and his merry band of communist hunters, going to jail for contempt, leaving the jail and heading to Salem to write the play as an allegory for what was happening in America at the time. Thus man had already become s stage legend for writing Death of a Salesman, one of the greatest plays of the 20th century, and now The Crucible, which in many ways was more timely, more powerful.

Now, at 81, he would write the screen adaptation of his great play for director Nicholas Hytner, for a cast which included Oscar winner Daniel Day-Lewis, Winona Ryder, Joan Allen and Paul Schofield.

The Crucible was poised to be the talk of the industry all over again.

And then, 20th Century Fox dropped the ball, in releasing the film and in every conceivable way. 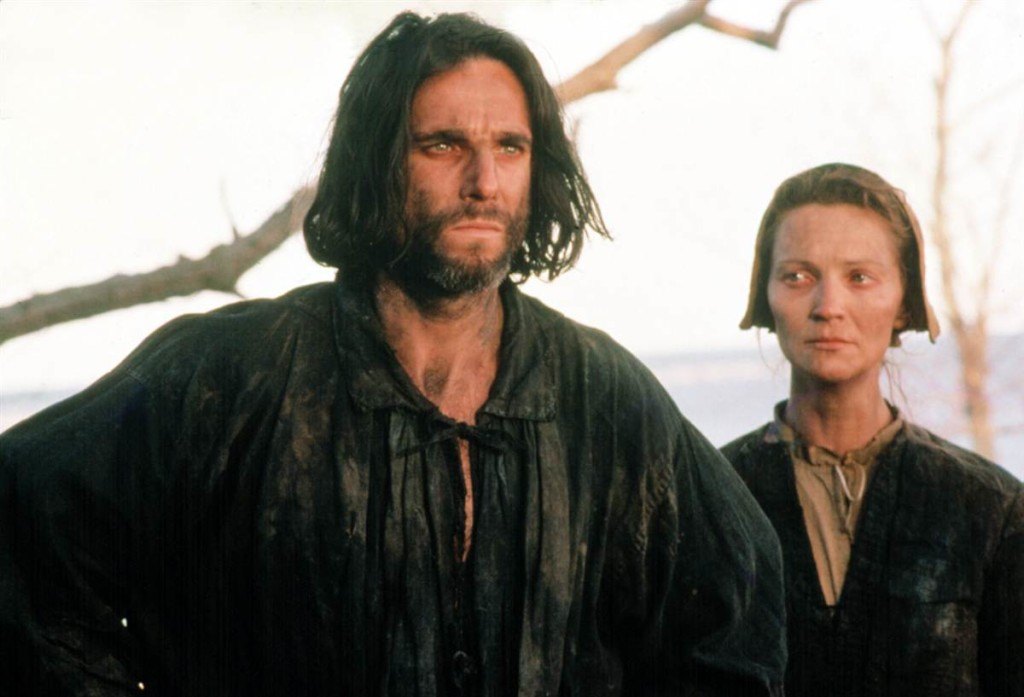 They began screening the film for critics in late November of 1996, Day-Lewis finished second in balloting for the coveted New York Film Critics Award as Best Actor, and I kept waiting for the film to open. It finally did, in a handful of theaters, with little fan fare. Despite great reviews, the film was buried under the holiday blockbusters and never stood a chance. Had they released it in November, given it a chance to find its audience, for the audiences and critics to appreciate the acting, it would have landed in the Oscar circle, instead of being virtually forgotten.

Set in 1692, set in the community of Salem, among the Puritans the film moves quickly with its story. A group of girls have been caught dancing, forbidden by their religion and subject to punishment of whipping. They panic and claim they can see the devil, the devil has made them dance, the devil walks in Salem. As their government is a theocracy, they are believed, and the girl leading them Abigail Williams (Ryder) revels in the new power she has over the community. They now live in fear she will say that she sees the devil beside them, because the government will believe her. It is the worst kind of hysteria, guilt by accusation, with no way to prove the girls wrong. What astounds me is that there was never any way to prove them right either, they were simply believed.

Abigail has her own agenda, she has been intimate committed adultery with John Proctor (Day-Lewis) a decent man who knows he has sinned and seeks only his wifes forgiveness. Yet Elizabeth Proctor (Allen) is cold yet, holding on to the sin committed against her, knowing Abigail wants her dead. The town is whipped into a frenzy by Abigail and her minions, with only John Proctor seeing that it is pretense, that they are pretending. Slowly the good Reverend Hale (rob Campbell) begins to see it too, but he is too late to save Proctor. Proctor wants to save his name, but to do so means to lie to them and he refuses, condemning himself to be hanged, but at least he dies knowing he is a good honest man.

Day-Lewis is remarkable as Proctor, a man who cannot quite believe what is happening around him. Bewildered by it all he is prepared to give them what they want from him until they him he must sign his name. He will not, when pushed he roars a scream from the very depth of his soul… BECAUSE IT IS MY NAME…BECAUSE I WILL NEVER HAVE ANOTHER IN MY LIFE…That scene alone should have gotten him a Academy Award nomination. He is the Proctor to end all Proctors, and many great actors have played the part…like Brando with Stanley Kowalski he makes it his own.

Joan Allen is heartbreaking as Elizabeth, a good woman, deeply hurt that her husband cheated on her, but hurt more that he cannot see the good in himself. She finds it in her heart to blame herself for some of what happened, and wants Proctor alive. But not at the cost of his humanity, his decency.

Winona Ryder is like an unleashed force of sexual nature, reveling in her new found power, enjoying the masses part like the sea before her, the looks on their faces showing fear that her finger may point at them next. It is the finest work of her career.

And so many others do great work, Paul Schofield as Danforth, the judge who feels his own power slipping away and must make examples, Rob Campbell as Hale, who knows the girls are lying but cannot prove it, and Bruce Davison as the weak Parris, the minister the town does not care for.

By shooting much of the film outside, with the roiling sea in the background the filmmaker has allowed nature to become a secondary character. The emotions in the film boil over and the sea seems on constant rage about what is happening.

This is a brilliant film and shame on the Academy for not seeing that, I count ten nominations easily. Shame on Fox for dropping the ball on a bonafide masterpiece of American cinema.