10 Movies Releasing in December That We Are Excited About 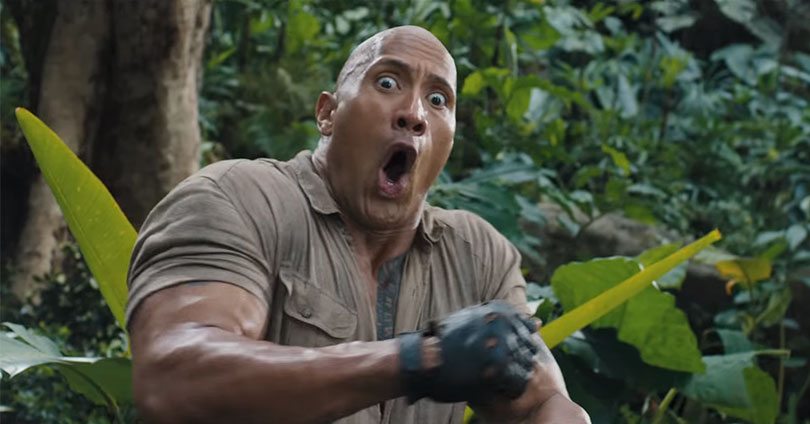 2017 is about to end. While numerous records were broken this year at the box-office, and many movies gained worldwide critical acclaim for the visualization of their respective storyline, the last month of 2017 is bringing some final competition in the race to the best. With the month’s final movie, the nominations for next year’s award ceremonies will also be finalized.

The much awaited sequel to the most followed and loved franchise, ‘The Last Jedi’ will hit theatres next week on December 8. Like its predecessor, it is already being anticipated that the film is going to break major box-office records.

Starring Mark Hamill, Daisey Ridely, John Boyega and Adam Driver, the movie will also mark final appearance of actress Carrie Fisher, who passed away a year ago after completing her work on the film.

Box-office predictions states that the film is expected to make $200 million in its opening weekend in U.S.A and Canada alone.

2. Jumanji: Welcome To The Jungle

In the fourth week, the standalone sequel/revival of the 1995 famous children’s adventure, ‘Jumanji’, will debut on box-office, worldwide. A tribute to Robin Williams, lead of the previous film, ‘Jumanji: Welcome to the Jungle’ stars Dwayne Johnson, Jack Black, Kevin Hart and Karen Gillan in lead roles.

Set in present time, the film features the infamous board game as a new video game, which captures four teenagers into its mysterious, wild world.

The movie is expected to make $60 million in its opening weekend.

‘Jumanji: Welcome to the Jungle’, will compete on box-office with the much anticipated biographical musical drama, ‘The Greatest Showman’. Starring Hugh Jackman, Michelle Williams, Rebecca Ferguson, Zac Effron and Zendaya in lead roles, the movie depicts the story of famous showman P.T. Barnum (played by Jackman) and his struggles he faced to start his famous Bartum and Bailey Circus.

‎Already gnarred much attention through its trailers, ‘The Greatest Showman’ is expected to make $21 million in its opening weekend.

4. All The Money In The World

The movie follows real-life event of kidnapping of John Paul Getty III during 1970s and the refusal of his grandfather J. Paul Getty’s (founder of Getty Oil) to co-operate with the extortion demands.

The historical drama film from legendary Ridley Scott, is already in talks after the makers removed Kevin Spacey from the lead cast, just two months before release, after sexual harassment allegations were made against Spacey in October this year.

The movie stars Mark Wahlberg and Michelle Williams in lead roles. Kevin Spacey, who was initially cast as J. Paul Getty, and also featured in film’s trailer, was subsequently replaced by Christopher Plummer.

The re-shoots also cost the studio additional $10 million to make up for its initial release date.
The movie is expected to make $6 million in its opening weekend.

Also releasing with ‘All The Money In The World’ is the final installment of the famous Pitch Perfect Trilogy.
The film will see the Bellas reuniting one last time for an overseas USO music tour, and will have Anna Kendrick, Brittany Snow, Anna Kemp, Alexis Knapp and Elizabeth Banks reprise their roles from previous installment.

Following the cult attention of the first film and success of second, the final film was announced by Banks in 2015.

The film is expected to make $30-$35 million in its opening weekend.