Director Sam Mendes’ latest movie, ‘1917’ chronicles two British soldiers tasked with delivering a message that could potentially save more than 1500 men from certain death. However, their job is no easy task as they not only have to make it in time but also travel through enemy territory.

What is impressive about this movie set during the First World War is the fact that it is tailored to look like a single, continuous shot. The staggering film-making achievement required intensive calculations and meticulous planning before the shooting could begin and the result is visually spectacular. Here are seven other exceptionally made war movies if you are looking for something similar to ‘1917.’ You can see some of them on Netflix, Hulu, or Amazon Prime.

Merry Christmas! The power of these two words and the festival itself transcends all other conflicts, be it personal or national and that is exactly what this multi-lingual movie depicts. Set during the First World War, it is based on the true event known as the Christmas Truce when soldiers from both sides of the war decided to cease fighting unofficially, at a massive scale.

French and German soldiers played football and recited the mass together. The movie portrays the incredibly inspiring and humane moment well while depicting the hesitancy of going back to violence the next day at the same time. It is one of the best anti-war films out there and its premise is so humanitarian that it almost feels unbelievable. 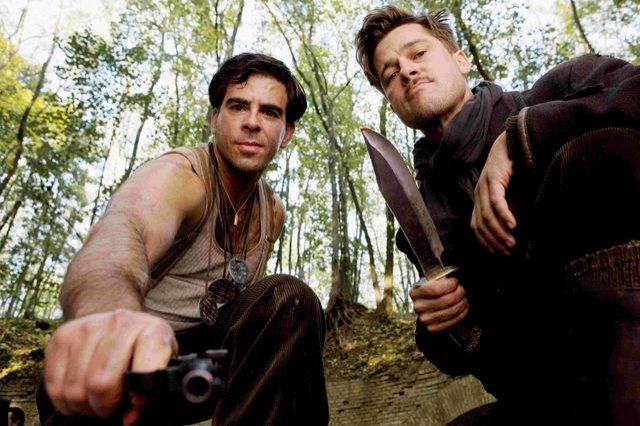 This Quentin Tarantino film might be satirical but that does not take away from its exceptional portrayal of life under the Nazi regime and the plight of the Jews. It follows a group of American, Jew soldiers who hatch a plan to assassinate Hitler at a movie screening in German-occupied France.

On the other hand, a Jewish woman plans revenge against the Germans to avenge her family’s death. Although ‘Inglorious Basterds’ is far from a true story, it does a great job of capturing the feel of World War II. 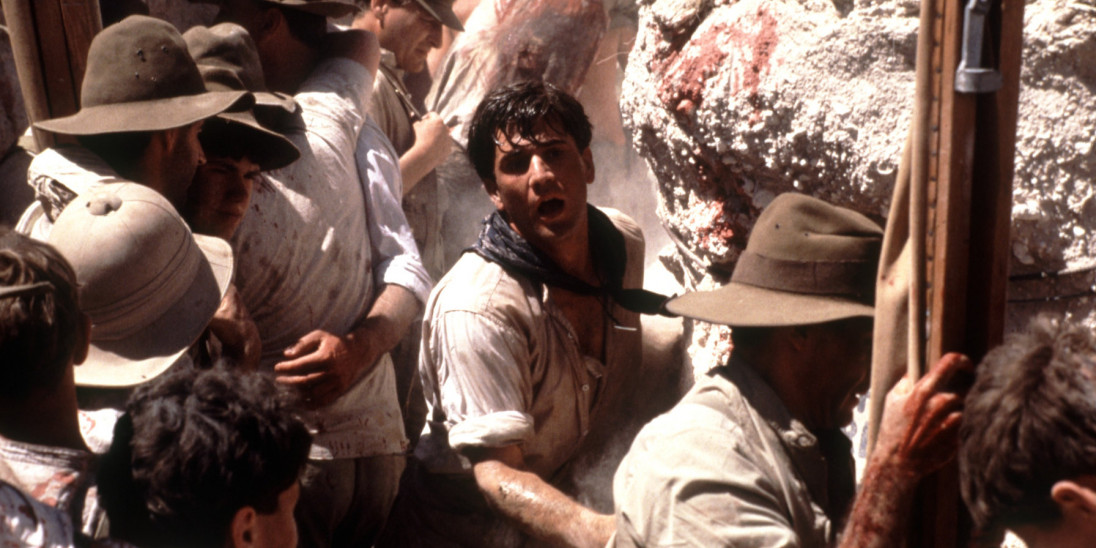 ‘Gallipoli’ is an Australian movie set during the First World War that was acclaimed for its anti-war message. It follows two friends who join the Australian Imperial Force and fight in the horribly planned battle of Gallipoli in Turkey. The film sheds light on the involvement of Australian forces in the World War. Despite its historical inaccuracies, the movie was praised for its accurate portrayal of Australian life and identity.

From the makers of ‘Lawrence of Arabia,’ ‘The Bridge on the River Kwai’ is another wartime movie that probably deserves as much, if not more praise. A winner of the Academy Award for Best Picture, it follows the construction of the Burma Railway in 1942. What starts off as a dangerous mission for Colonel Nicholson soon turns into an obsession for him.

Apart from Best Picture, it won six other Oscars including one for Best Screenplay, which was presented under the table due to the blacklisting of the film’s screenwriters (artists that were reprimanded for being communist sympathizers).

Christopher Nolan has displayed his film-making mastery across a variety of genres. With 2017’s ‘Dunkirk,’ he proves his mettle with the war film genre and portrays his gifted talent to immerse viewers with his storytelling abilities. It follows British, French and Belgian soldiers as they try to evacuate the city of Dunkirk before the arrival of German forces during the Second World War.

Hans Zimmer’s music score proves to be one of the movie’s most riveting aspects and truly transports viewers into the tense scene. Moreover, Nolan’s treatment of narrative time is unparalleled and well supported by an exceptional cast that includes the likes of Tom Hardy, James D’Arcy and Cillian Murphy among numerous others. 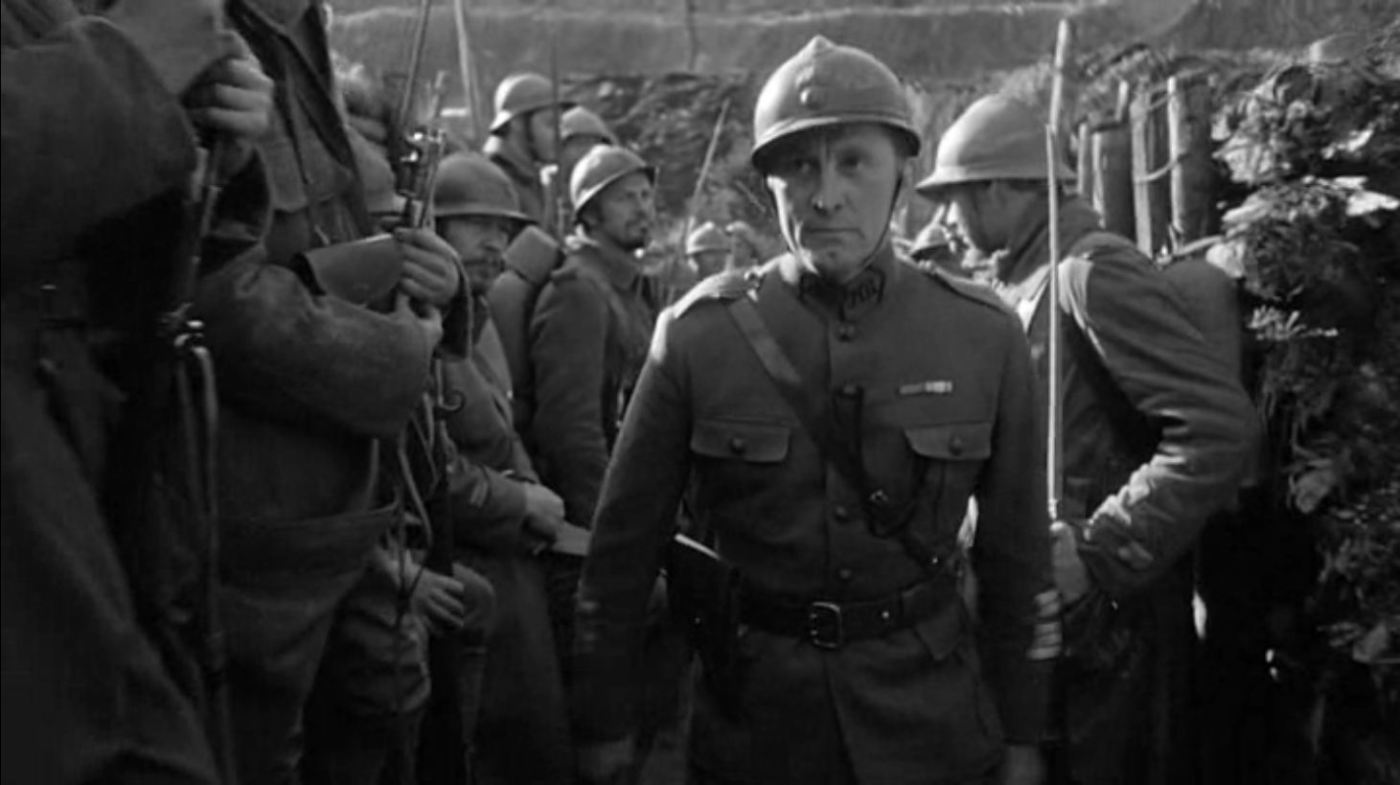 Everything that Stanley Kubrick touches has become a work of art that deserves to be gawked at in a gallery. His 1957 film, ‘Paths of Glory’ is no different. It follows General Mireau who embarks on an impossible mission of capturing a German post during the first World War. However, when his soldiers refuse to participate he decides to punish them by charging them with a court-martial.

But Colonel Dax, the commanding officer of the French soldiers defends them. The movie is renowned for its portrayal of humanity in the face of war and that theme has become timeless, finding relevance even today. It was lauded for its brilliantly executed battle scenes and considered to be as good as Kubrick’s best work, ‘Dr. Strangelove.’

The 1963 movie, ‘Lawrence of Arabia’ has not just proven itself as a quality movie set during the First World War, but it has also etched itself into popular culture irreplaceably. One of the many proofs of that can be found in Billy Joel’s song, ‘We Didn’t Start the Fire’ where it was mentioned alongside events like Woodstock. It depicts the Allies’ conflict in the Middle East during World War 1.

The movie follows the British lieutenant, Lawrence who is asked by Colonel Brighton to look into one of their allies named Faisal. Impressed by Faisal, Lawrence makes a courageous plan to attack the enemy. Despite its almost four-hour run-time, the movie went on to win the Academy Award for Best Picture that year and is regarded as one of the most epic movies of all time with particular praise going towards its cinematography.