7 Movies You Must Watch if You Love Ad Astra

Space films have always been very popular, because we are all interested in knowing about the universe we see around us. Space is an unlimited source of mystery, and fiction really has a chance of exploring these mind-bending phenomena. But most space films just remain gigantic mega-budget productions made to showcase CGI tricks without paying much attention to the philosophical scope of the subject.

Director James Gray’s film ‘Ad Astra‘ can be considered as a truly philosophical space flick. Starring Brad Pitt as the central character Roy McBride, the film is set in a future where commercial travel within the solar system has been made possible. When the solar system is constantly being struck by untraceable power surges, Roy is informed that it might be possible that this phenomenon has something to do with the ‘Lima Project’, a mission his father Clifford McBride (Tommy Lee Jones) was working on in order to discover extraterrestrial intelligent life. Now that Clifford has disappeared without a trace, Roy believes this is a sign that he still has the chance to bring back his father. This urges him to go across the solar system to find the man who has inspired him to become an astronaut. This journey becomes the major focus of the film, as it helps Roy discover many shades of his own self and also allows him to get a different perspective on life and the world around him.

Brad Pitt’s performance is, without a doubt, the highlight of the film. He once again shows us that beyond his stunning looks, there’s a great actor underneath. If you enjoyed watching ‘Ad Astra’ and are looking for more such films, then we’ve got you covered. Here is the list of best movies similar to ‘Ad Astra’ that are our recommendations. You can watch several of these movies like ‘Ad Astra’ on Netflix, Hulu or Amazon Prime. 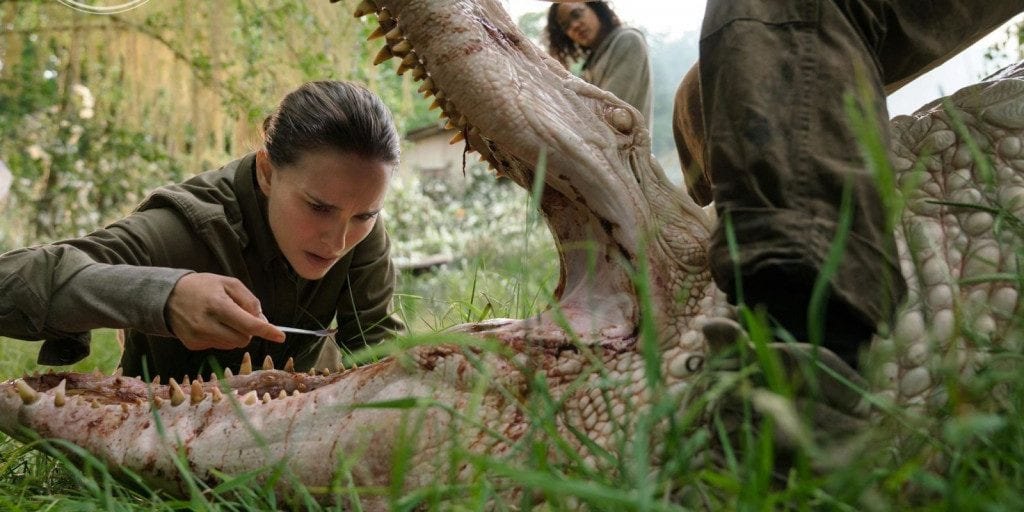 2018’s ‘Annihilation‘ is a film which might not take us into outer space like ‘Ad Astra’, but explores a similar theme and also begins with a woman’s quest in looking for answers in an unknown land which has had a serious effect on her husband. The central character, Lena, is played brilliantly by Natalie Portman. When the film begins, we witness her being interviewed at a military facility. It is from her accounts that we know of the incidents which happened on her visit to an anomalous zone on the earth which has been dubbed the ‘Shimmer’.

Lena and four other female scientists had ventured into ‘The Shimmer’ to understand what it truly is. Inside, they find mutated flora and fauna species, different flowers growing from the same stem, a hybrid between a shark and a crocodile, and other such inexplicable occurrences. As they try to understand what actually happens inside the Shimmer which makes things like these possible, the group struggle to make it out of the place alive. The film has some brilliant performances by Portman and Jennifer Jason Leigh. The set designs are beautiful, as is the cinematography which captures the beauty and danger of the Shimmer with equal panache. 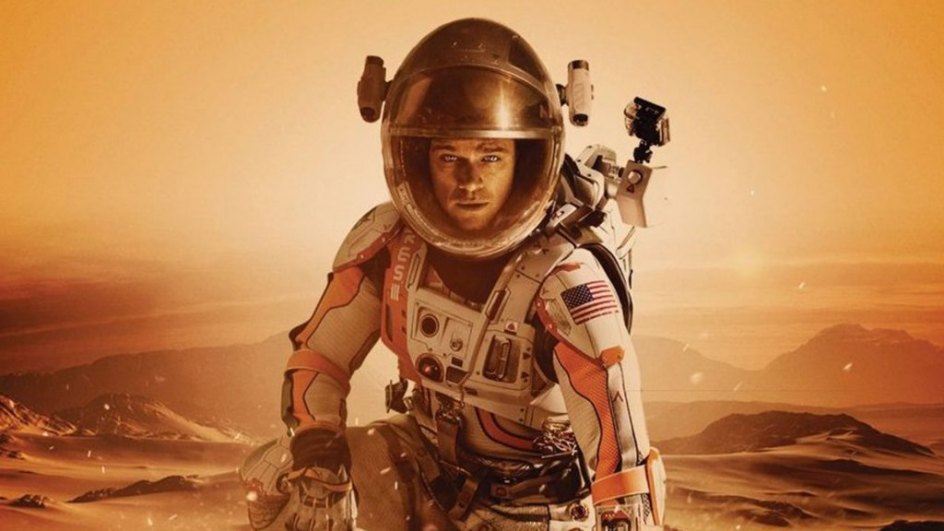 Whenever Ridley Scott makes a film we can expect him to touch on topics which are entirely fresh and original. And in the 2015 film ‘The Martian‘, Scott does not disappoint. The film centers around an astronaut called Mark Watney (Matt Damon) who gets left behind during a manned expedition to Mars. Mark then struggles to survive on his own. He manages to rummage through the ruins of a rocket and growing plants using martian soil. By the time NASA come to know of his survival, they have already held a funeral in Watney’s memory. After they realize their mistake, NASA manage to communicate with Watney and tries to bring him back. Damon’s performance and the brilliant locations used for filming the scenes on Mars become the highlight of the movie. It also has a refreshingly humorous tone. 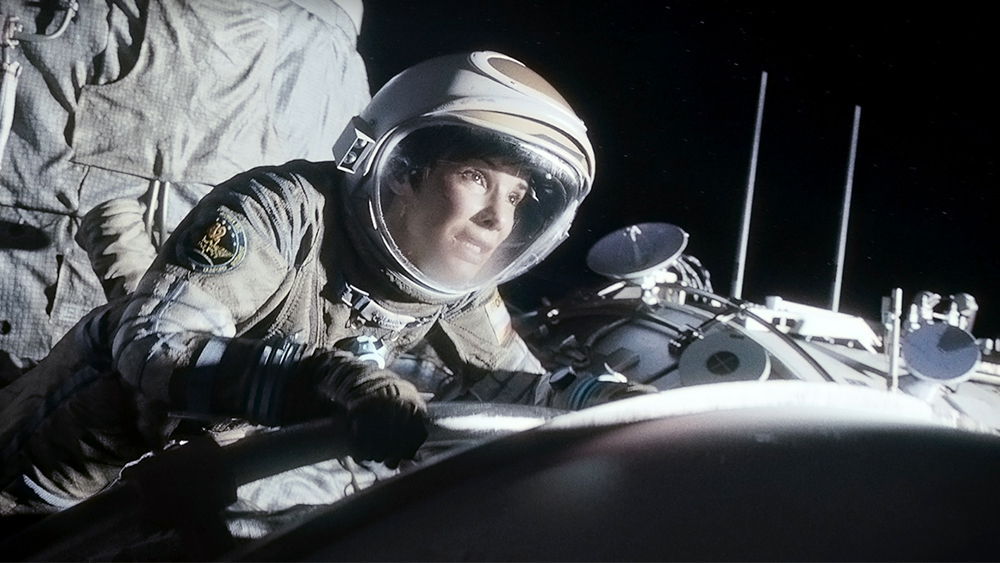 Alfonso Cuaron is a brilliant and versatile director who can pull off films from any genre with astonishing panache. His 2013 film ‘Gravity‘, for which he won the Academy Award for Best Director, is a wonderful example in this regard. The film stars Sandra Bullock and George Clooney as astronauts on a mission to service the Hubble Space Telescope. However, when Russia shoots down one of their satellites, the debris damage their space shuttle badly. Left alone in space, now the two of them have to figure out a way to communicate with the International Space Station and return back to the earth. The film can be described as a science fiction thriller as it keeps the tension alive throughout its running time. The brilliant cinematography and direction by Cuaron, coupled with the lead actors’ performances, make ‘Gravity’ one of the best space films ever. 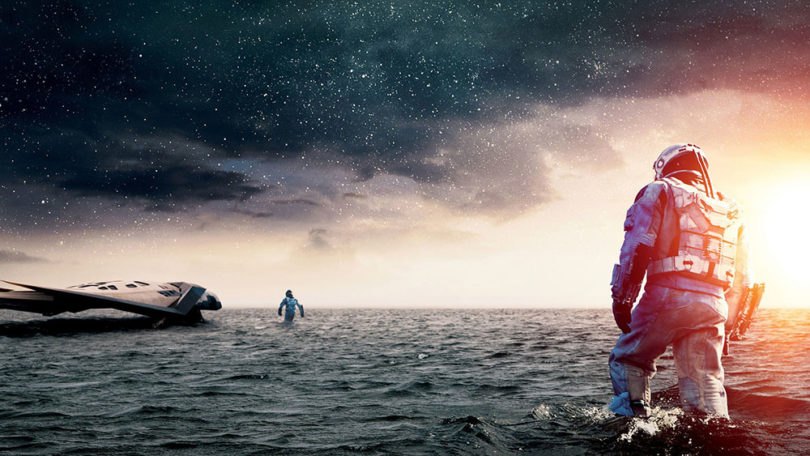 Christopher Nolan is famous for his mind-boggling films that challenge viewers, intellectually and emotionally. He has been playing with timelines and narrative structures since his early days with films like ‘Memento‘. And with 2014’s ‘Interstellar‘, Nolan just takes it to a whole new level. The film stars Matthew McConaughey as an astronaut who is being sent to outer space in order to find a habitable planet as the earth will soon be rendered inhabitable. It is on his journey that McConaughey’s character discovers a lot of facts about the universe he had no idea about. It’s a profoundly personal, evocative cinematic experience that you must see at least once in your lifetime. 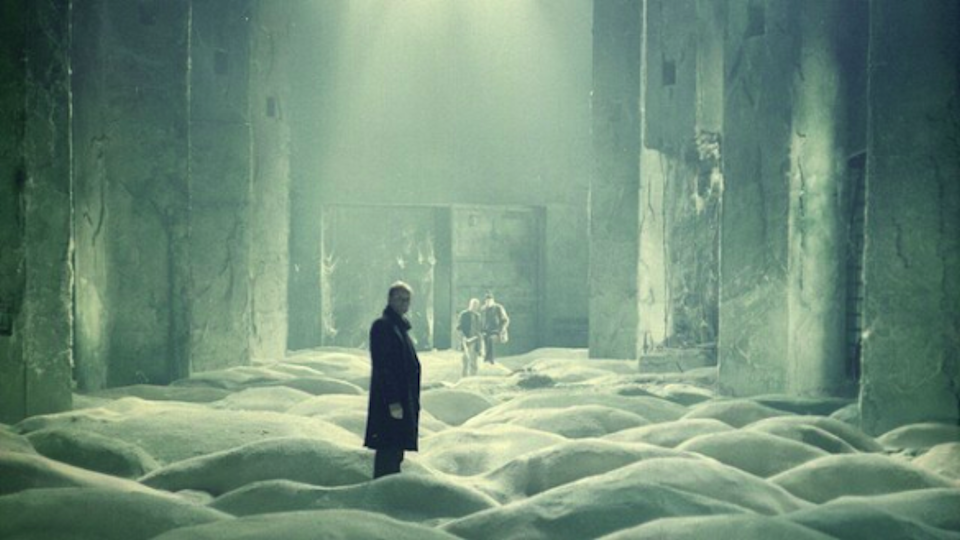 Andrei Tarkovsky is one of the greatest artists in cinema history. In his own words, Tarkovsky does not make films, he “sculpts in time”. His film ‘Stalker’ is also about a journey, just like ‘Ad Astra’ and ‘Annihilation‘. The film revolves around a writer and a scientist as they follow a guide, known as the ‘stalker’, to an unnamed wasteland called the ‘Zone’. Inside the zone, there is rumored to be a magical place called the ‘Room’ where desires can be fulfilled. Just like ‘Ad Astra’, here too the journey becomes the focal point of the narrative. It’s the journey and not the destination that’s important here. 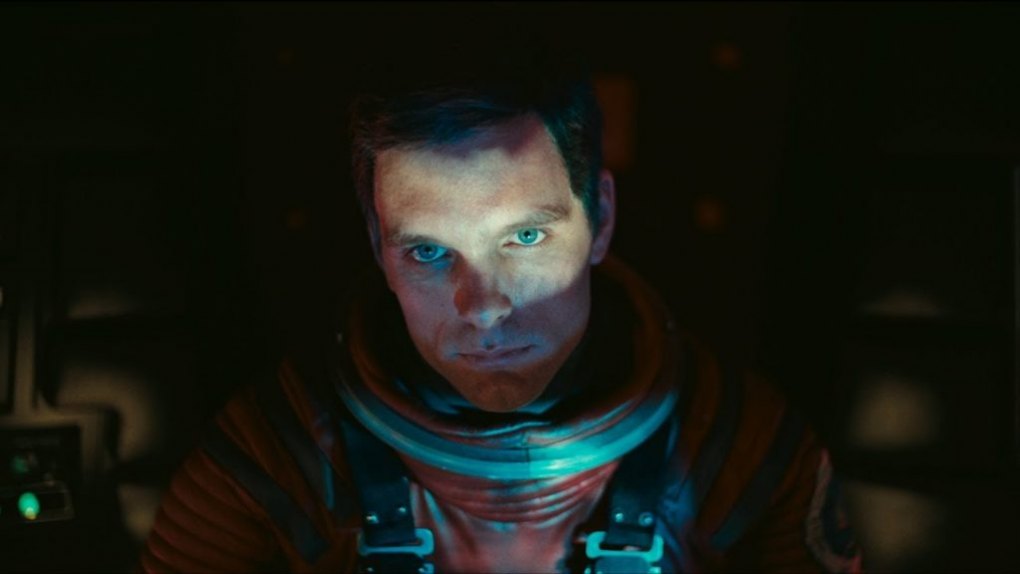 Stanley Kubrick is a filmmaking institution unto himself. He has mastered almost every genre and revolutionized almost every aspect of filmmaking. When he made ‘2001: A Space Odyssey‘, his idea was to go beyond the scope of science fiction and tell a story with philosophical depth that can give answers to several complex existential questions. The film centers around the crew of a space shuttle called Discovery One which has a supercomputer onboard that is so powerful that it can make its own decisions. The movie explores several aspects of human life, civilization and death. 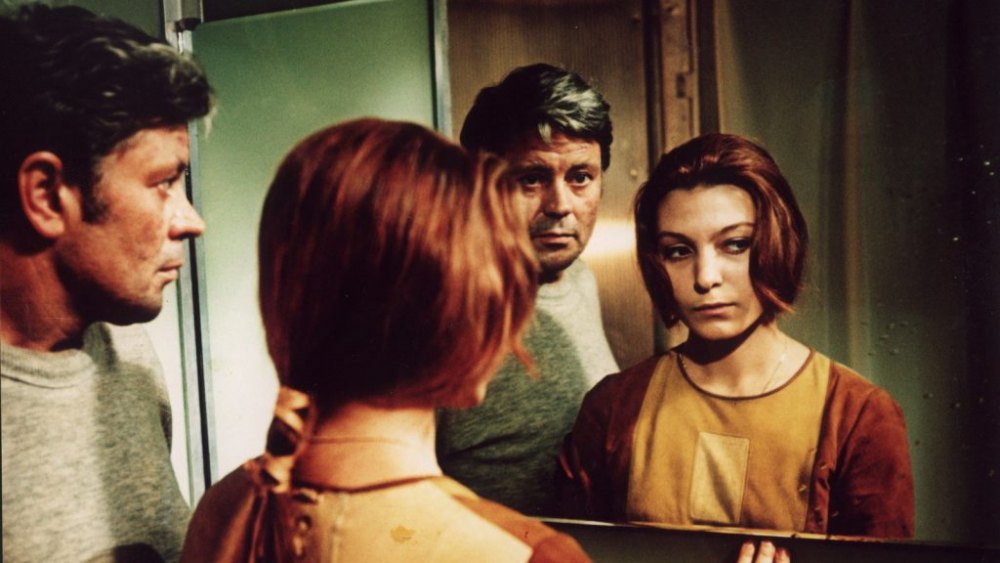 Here’s another Tarkovsky film to end the list. ‘Solaris’ tells the story of a psychologist who is sent to a space station to replace one of the deceased scientists on it. This space station is orbiting a mysterious planet, and as the film progresses, it becomes clear that there is some form of mysterious life force on this planet which is taking a toll on the people aboard the space ship. The psychologist discovers his deceased wife on the space ship and simultaneously starts unraveling a lot of mysteries clouding his own life and existence.

It is believed that Tarkovsky set out to make a science fiction film because it was his opinion that this genre lacked a certain philosophical depth. And with ‘Solaris’, he managed to achieve that feat. Patience is key while watching this film, as the pacing can put you off, but it truly is worth it. And I’m sure you won’t be the same person after you’ve finished watching the film.