12 Movies You Must Watch if You Love Basic Instinct

If you grew up in the 90s, ‘Basic Instinct’ must have been one of your primary sources of sexual awakening. It is a film that despite its fair share of criticism has gone on to acquire a cult status and is still discussed in the pop culture. It is difficult to say what exactly clicked with audiences when they first saw Basic Instinct. Though, many might claim that the film worked because of its racy sex scenes. While that might be partly true, let’s not forget that Basic Instinct is also a decent thriller. So, when we started looking for movies like Basic Instinct, one of the prime criteria was presence of suspense elements on top of the theme of eroticism. With that said, here is the list of movies similar to ‘Basic Instinct’ that are our recommendations. You can watch some of these movies like ‘Basic Instinct’ on Netflix, Hulu or Amazon Prime. 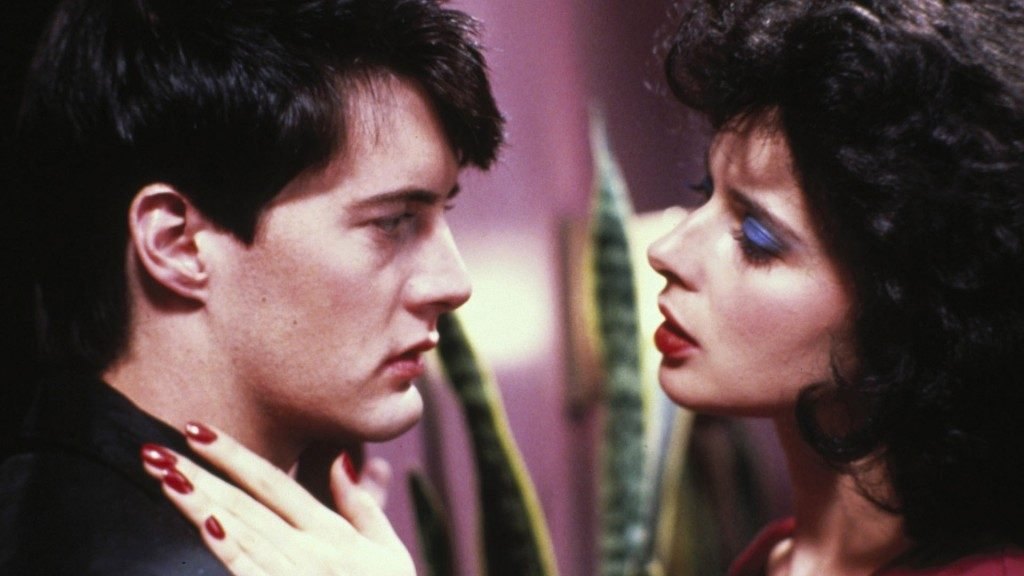 One of David Lynch‘s greatest films, ‘Blue Velvet’ is a beautiful, frightening portrait of a troubled woman. A young man named Jeffrey discovers a severed human ear and, along with a detective’s daughter, sets out to unravel the mystery behind it, which eventually leads him to a gorgeous lounge singer named Dorothy Vallens. Jeffrey later develops a bizarre sexual relationship with Dorothy, who has sadomasochistic tendencies. It is soon revealed that a violent gangster named Frank has kidnapped Dorothy’s husband and daughter in order to use her to fulfill his sexual desires. It’s a shocking film replete with many disturbing, violent sexual scenes that will surely give you nightmares. But the film has a very unique, sensuous tone that, like several other movies on this list, lures you into its nightmarish cinematic realm.

What struck me the most about this film is the way it builds tension. It starts off in a simple fashion, establishing the story and building the characters slowly. But gradually, the film shifts its tone, incorporating elements of eroticism and psychological horror to craft an unforgettable experience that could scar you for life. The film doesn’t touch the staggering vision of ‘Mulholland Drive’ or ‘Twin Peaks’, but it’s an essential starting point if you’re looking forward to exploring Lynch’s filmlography, as it gives you an insight into Lynch’s cinematic vision and his bizarrely intriguing mind. ‘Blue Velvet’ is, without a doubt, one of the greatest American films of the 80s. 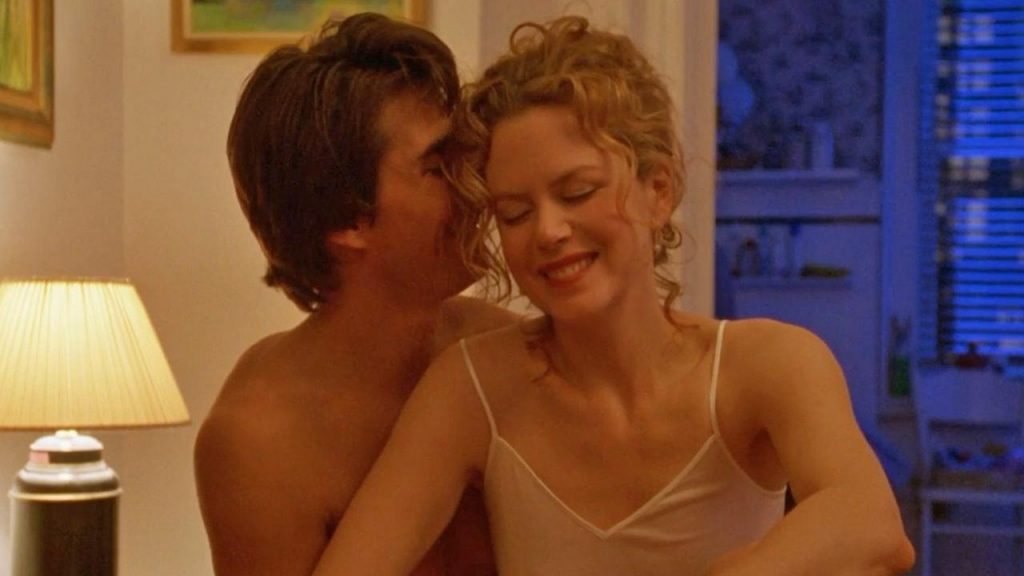 Like ‘Basic Instinct’, Stanley Kubrick‘s final masterpiece has an irresistible erotic tone that pulls you into a cinematic hellscape. ‘Eyes Wide Shut’ tells the story of a prominent doctor named William ”Bill” Harford and his wife Alice Harford, who lead a seemingly perfect married life. However, Bill is shattered when Alice one night confesses that she had once fantasized about a naval officer and even contemplated leaving him and their daughter. Bill then sets out on a nightmarish journey, delving deeper into the darkest facets of his own psyche. ‘Eyes Wide Shut’ is a deeply disturbing examination of the fragile male ego and infidelity. Bill flirts with several women around him, without really considering his wife’s feelings, while he is shattered at the mere thought of her fantasizing about a man she once met during a vacation. What happens after her confession reveals more about Bill’s nature than Alice’s complex sexual desires.

‘Eyes Wide Shut’ is often overlooked by cinephiles and critics in general when talking about Kubrick’s greatest works, which is kind of sad because it’s a truly stunning film. The way the entire orgy scene is crafted is a masterclass in building atmosphere and tension. Tom Cruise is wonderful in the lead role, but it’s Nicole Kidman who compliments Kubrick’s cinematic vision with her astonishing charm and elegance. It’s a film that perfectly captures her beauty. Though ‘Eyes Wide Shut’ may not be as thematically or philosophically ambitious as some of Kubrick’s earlier works, it still is a masterful film that seamlessly transcends its genre. 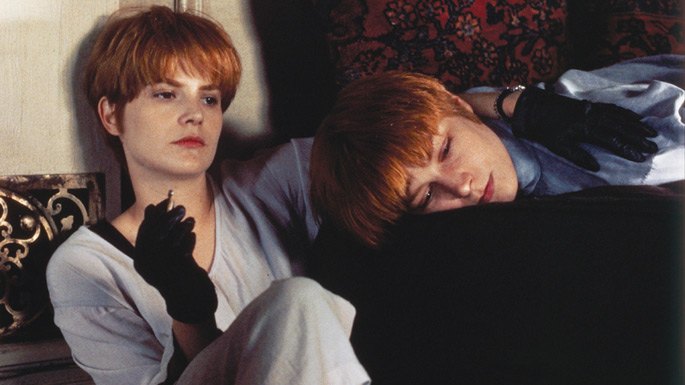 Staying with a roommate can be enormous fun. You can borrow stuffs and share things. But what if the roommate starts borrowing things that are not supposed to be shared without asking. Stuff like your boyfriend. Or Your life. Single White Female or SWF as it appears on the newspaper advertisements , is a formulaic Hollywood thriller with some great performances. Especially Jennifer Jason Leigh as the psychotic roommate Hedy who makes life hell for Bridget Fonda’s character Allie. The creepiness hits the ceiling when Hedy goes through a makeover to look just like Allie. 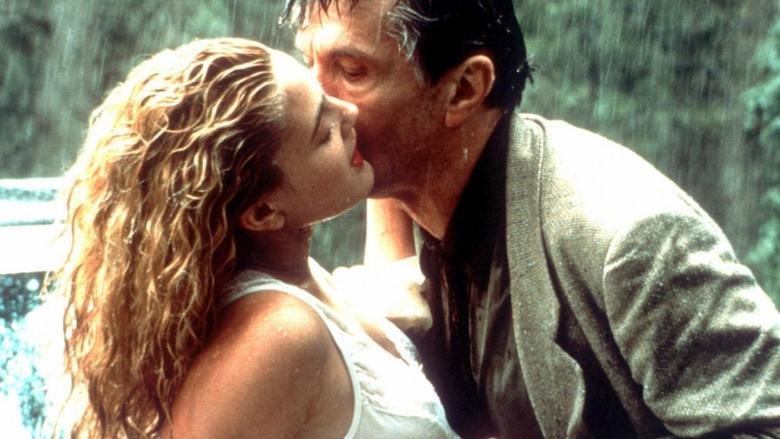 Clint Eastwood’s debut as a director, ‘Play Misty For Me’ is one frightening tale of desire. A besotted fan of a radio jockey, requests every day the same jazz tune called ‘Misty’. Chance makes them meet or so he feels and they get into a relationship. But soon the bond of love turns into an unhealthy attachment as the fan starts stalking him everywhere. Breaking the mould of an action hero, Clint Eastwood comes up with a nice change as a radio jockey. This movie kind of paved the path for future stalker movies such as ‘Fatal Attraction’. Watch out for the scene where Jessica Walter threatens to kill Donna Mills by saying – ‘Have to get you all nice for David. I hope he likes what he sees when he walks in here, because that’s what he’s taking to Hell with him.’ 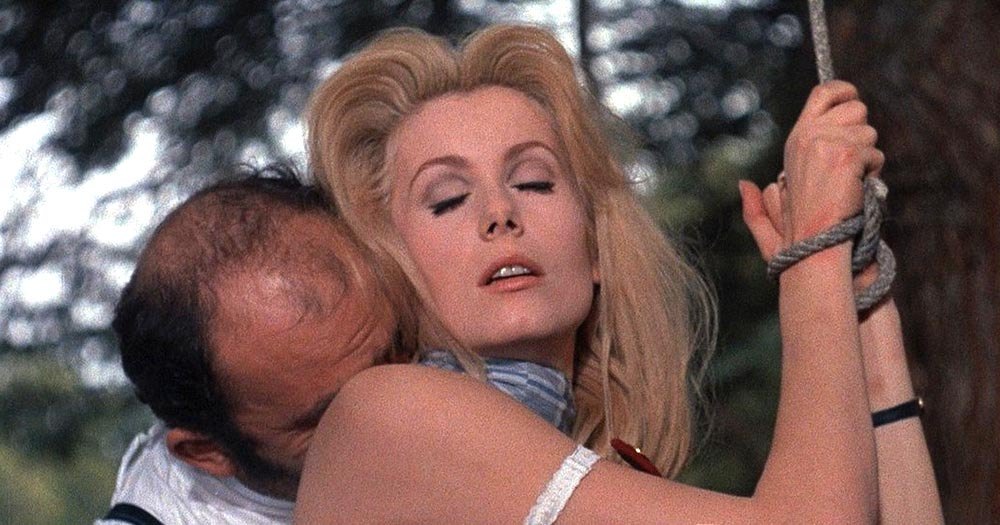 When infatuation turns into obsession, its often calamitous. And nothing is more dangerous than a vengeful woman. Alex Forrest, after a casual fling with Dan Gallagher becomes fixated on her paramour, who refuses her advances. Shit goes real bad from here. Want to know how? A crazy Glenn Close boils a pet rabbit alive. Get that? And it’s a proven fact that no one portrays adultery better than Michael Douglas! Praised highly by the critics, ‘Fatal Attraction’ got nominated in six categories at the academy awards. When an crazy rapist talks to a sixteen year old about her conflicts with her parents and wants her to forgive them for they don’t know what they are doing, well that’s Max Cady for ya! Robert De Niro’s take on a psychotic rapist is the stuff of legends. In order to take his revenge on the lawyer who wronged him, Cady poses as a teacher and seduces his teenage daughter. Watch out for that scene where he sweet talks the girl to suck his thumb and then proceeds to kiss her. It’s one hell of an unsettling scene. 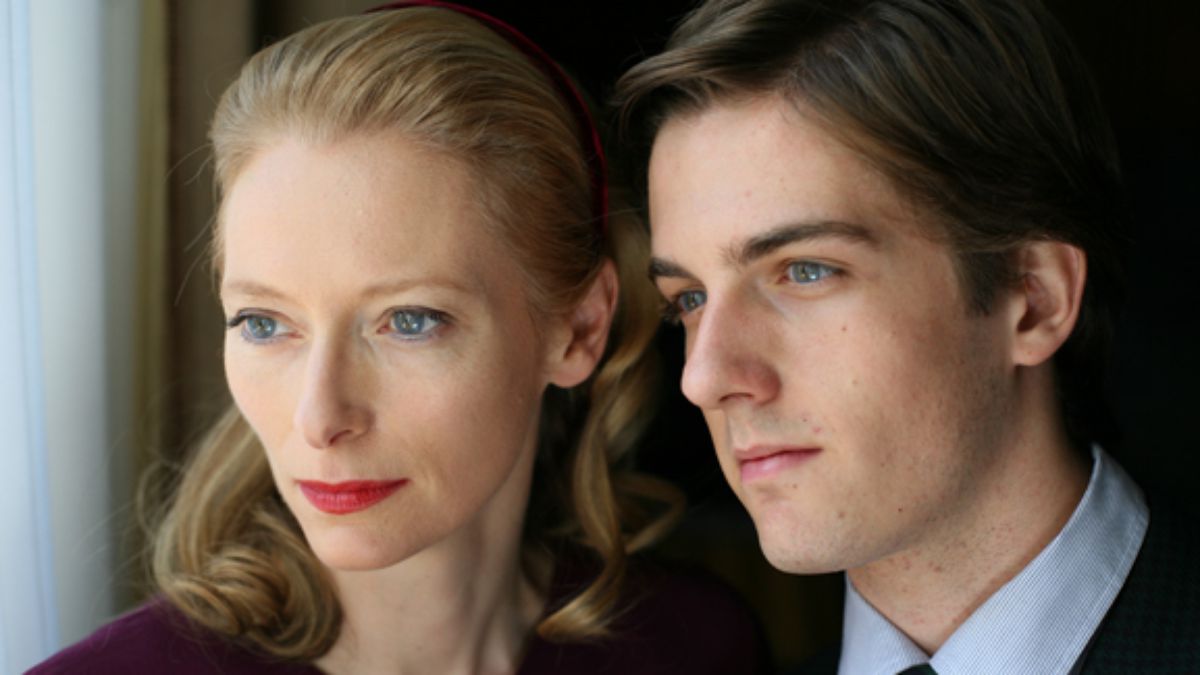 To witness how a film grows under your skin as you watch it unfold, you will have to give ‘I am Love’ a try. What begins as innocuous family drama, turns into a sordid passionate thriller. There comes a moment somewhere in the middle of the film, which despite being predictable, will hit you like ton of bricks just due to the sheer manner in which it’s been portrayed onscreen. Revealing anything about the story would be dampener for those who go on to see it, therefore to keep it short, the film is about a wealthy lady seeking freedom from her insipid family duties, which arrives in the form of passionate love affair. The film’s ability to keep you guessing, and its tremendous visual style will bowl you over. 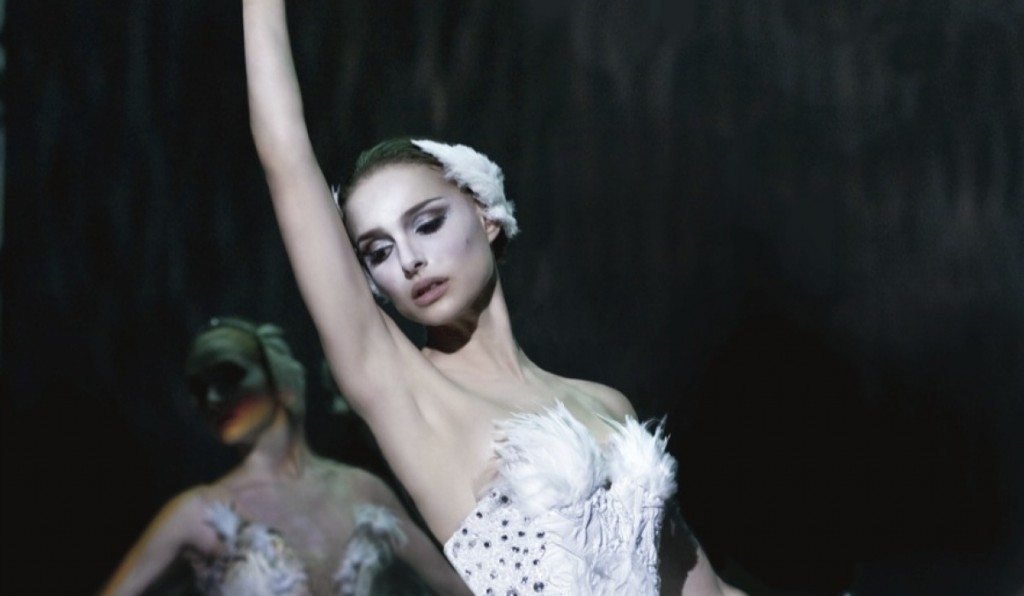 This 2010 psychological-thriller film, directed by the maverick Darren Aronofsky, shadows the story of Nina, a dancer with the New York City dance company, and her strenuous endeavors to play the Black Swan, a role completely opposite to her traits. Nina is overwhelmed by a feeling of immense pressure when she finds herself competing for the part, causing her to lose her tenuous grip on reality and descend into a living nightmare. The surprisingly dark nature of the dancing business is exposed, with corrupt and sex-ravenous masters and bitchy peers take front seat. 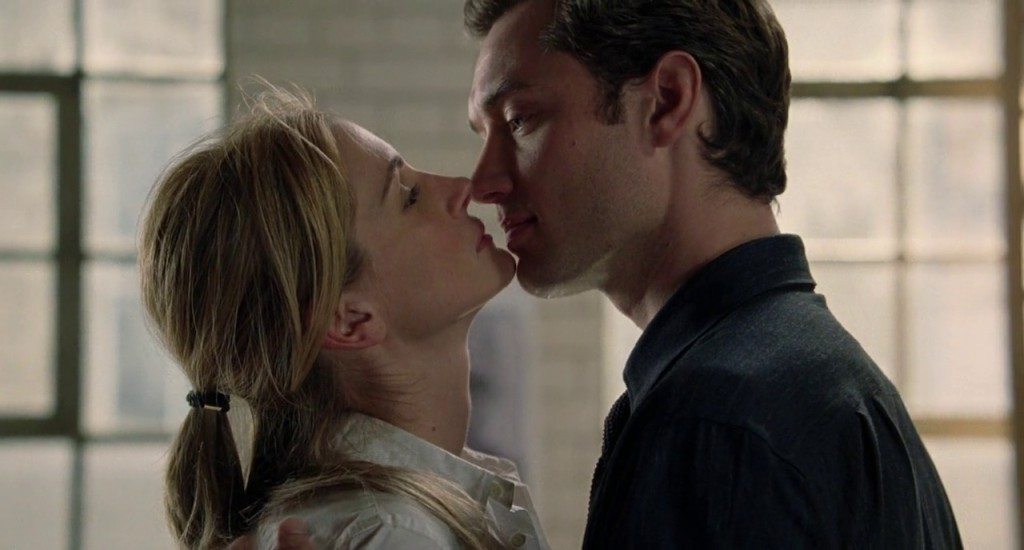 An elaborate character study of two London couples as they engage in an ultimate game of partner swapping. In London, the new arrival Alice Ayres meets the mediocre obituary journalist Daniel and they move together. Dan writes a book, inspired in the life of Alice, and while photographing for the release of the book, he meets the photographer Anna. Dan “introduces” the dermatologist Larry to Anna, and they get married. However, Dan and Anna have a passionate affair, complicating the relationship of the couples. It is a film that will fuel the darkest desires in your mind.