13 Movies You Must Watch If You Love ‘Bolt’ 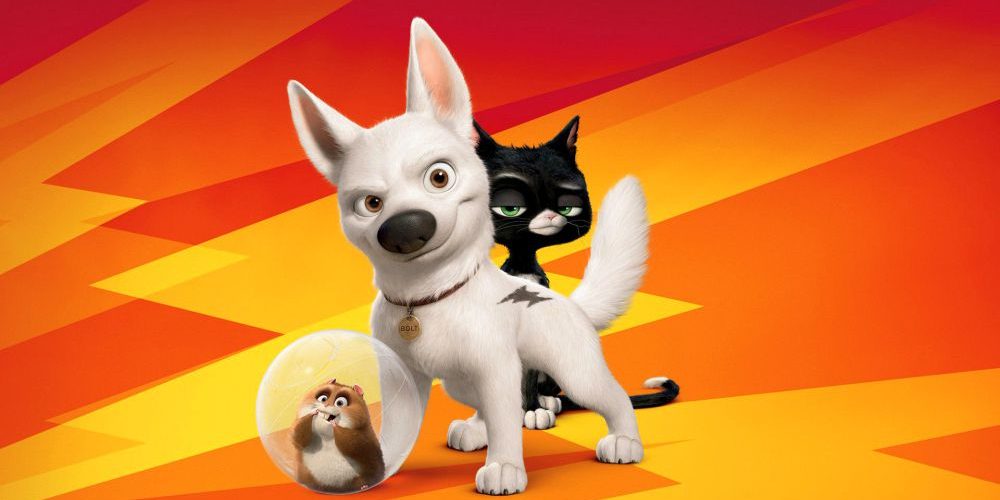 Directed by Bryan Howards and Chris Williams, ‘Bolt’ is one cute animated movie, which won the hearts of not only the youngsters but also their parents and grandparents alike. Its simple story of finding true meaning in life was what immediately struck a chord with the audiences, eventually going on to receive Academy and Golden Globe nominations.

The John Travolta-Miley Cyrus starrer, narrated the story of a show dog, who after separating from his master Penny, goes on the road to self-discovery, ultimately finding his true identity and overcoming the struggles of dealing with it, which form the affable climax of the film. The tale of an ordinary protagonist rising above all odds is a popular premise, which moviemakers base their films on. Such similar plot lines are told in different ways; so let’s take a look at a list of movies similar to Bolt that have ordinary ‘people’ achieving extra-ordinary things in life. You can watch several of these movies like Bolt on Netflix, Hulu or Amazon Prime. 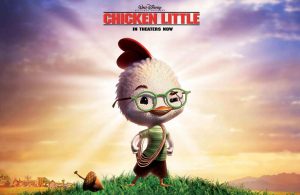 Based on the titular fable of a diminutive rooster, who thought that the sky was falling, directors of ‘Chicken Little’ gave the animated film a little sci-fi twist, where the town is subject to an alien invasion. The story follows Chicken Little being ridiculed when he causes widespread panic in town, thinking that the world is ending, only to discover the truth, which is out of this world! The film saw its clumsy lead going on to discover his true self, eventually making his father and his townspeople proud of his deeds. 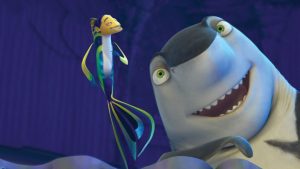 The film starring A-list actors like Will Smith, Robert De Niro, Jack Black, Angelina Jolie and Renee Zellweger in the lead, was the story of a hip-hopper hustler fish, who harbours big dreams but lands in hot water each time he tries to reach them. When two underwater worlds come face to face with other, Oscar must come up trumps. The colourful depiction of the underwater, a story reminiscent of ‘The Godfather’ and the bromance between Will Smith’s Oscar and Jack Black’s Lenny were the high points of the movie, which show how the small fish’s big dreams finally help him understand what he really is. 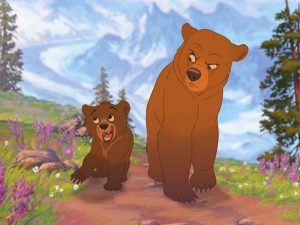 This Disney production, which is one of the least talked about films, is a masterpiece that tugs at your heartstrings and brings a lump to your throat with its super sensitive storyline. Set in the Pacific Northwest, ‘Brother Bear’ narrates the story of how an Inuit hunter kills a bear to avenge the death of his brother, only to be transformed into one as punishment and how later, circumstances force him to know the true meaning of love and life. The film subtly depicts the bonds between man and animal and man and nature, making it a truly great watch. 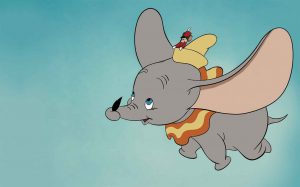 They said elephants couldn’t fly, but if it was Dumbo, they definitely could! Such was the magic of Disney’s movie with the flying elephant, which is remembered even to this day. When a circus elephant gives birth to a big-eared baby elephant, he is mocked at for being able to do nothing in life, until he shows his true potential, much to the surprise and amazement of his critics. Dumbo, who was once forced to work as a circus clown, goes on to shut his naysayers, rediscovering his true self. 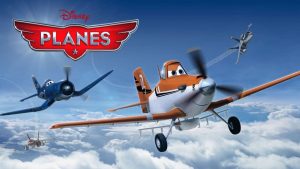 A crop duster, who secretly practises aerobatic manoeuvres in his free time, harbours dreams of being a racer, but is ridiculed by many for the kind of work he does and his fear of great heights. Dusty still participates in the race, which takes him all across the globe from New York to Mexico to China to India and Nepal, finally helping him discover what ‘mettle’ he is made of! Starring Priyanka Chopra as Dusty’s love interest Ishani, with a host of other stars, Disney’s ‘Planes’ was a huge success in India too. 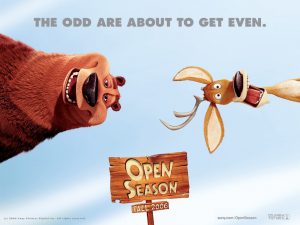 When a domesticated grizzly bear Boog is sent to the woods three days before open season for bringing trouble in the town, he is forced to befriend and rely on a mule deer Elliot to learn life’s valuable lessons and lead a life on his own. The odd pair then goes on a journey, where each animal needs to help itself to survive the season. Through Boog, the film’s central character, ‘Open Season’ shared a similar premise as that of ‘Bolt’ and tickled our funny bones. 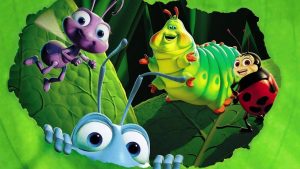 Based on Akira Kurosawa’s famous piece of work – Seven Samurai – with a storyline that has been the subject of many a Hollywood and Bollywood movie, ‘A Bug’s Life’ was one Disney-Pixar adventure film, which had an added twist to the ‘Ants and the Grasshopper’ tale. Would-be-inventor Flik, who mistakenly creates trouble for the entire ant colony, is sent out to look for help outside the island in the hope that he might never return. But on his journey, Flik discovers he was made for better things in life. So does he make amends when he returns home?