10 Movies You Must Watch if You Love Brightburn

‘Brightburn‘ is easily among the most awaited horror films of the year for me, not just because of its instantly innovative premise and promising first looks, but also because it puts a horrific twist on the origin stories of one of my favourite superheroes — Superman. Patrons have often complained about Superman being too overpowered, too simplistic, and too idealistic, the comparison mostly drawing from the emotionally as well as psychologically twisted story of Batman, often forgetting that the boy scout is all of that by design. Therefore, in all his goodness, an evil Superman has always been a huge draw for writers and filmmakers from the beginning, and despite numerous comic book incarnations of the same and a brief glimpse of similar darker shades in the currently ongoing DCEU, ‘Brightburn’ would be the first film that would put a twist on his origins altogether, making him evil from the very beginning.

The audience has always had their fun seeing idols fall, but this should be on a completely different level altogether. While the twist on the Superman lore is bound to have its own lure, there have been several horror films in the past that have explored similar themes and “what ifs”. With that said, here’s the list of best movies similar to ‘Brightburn’ that are our recommendations. You can watch several of these movies like ‘Brightburn’ on Netflix, Hulu or Amazon Prime. 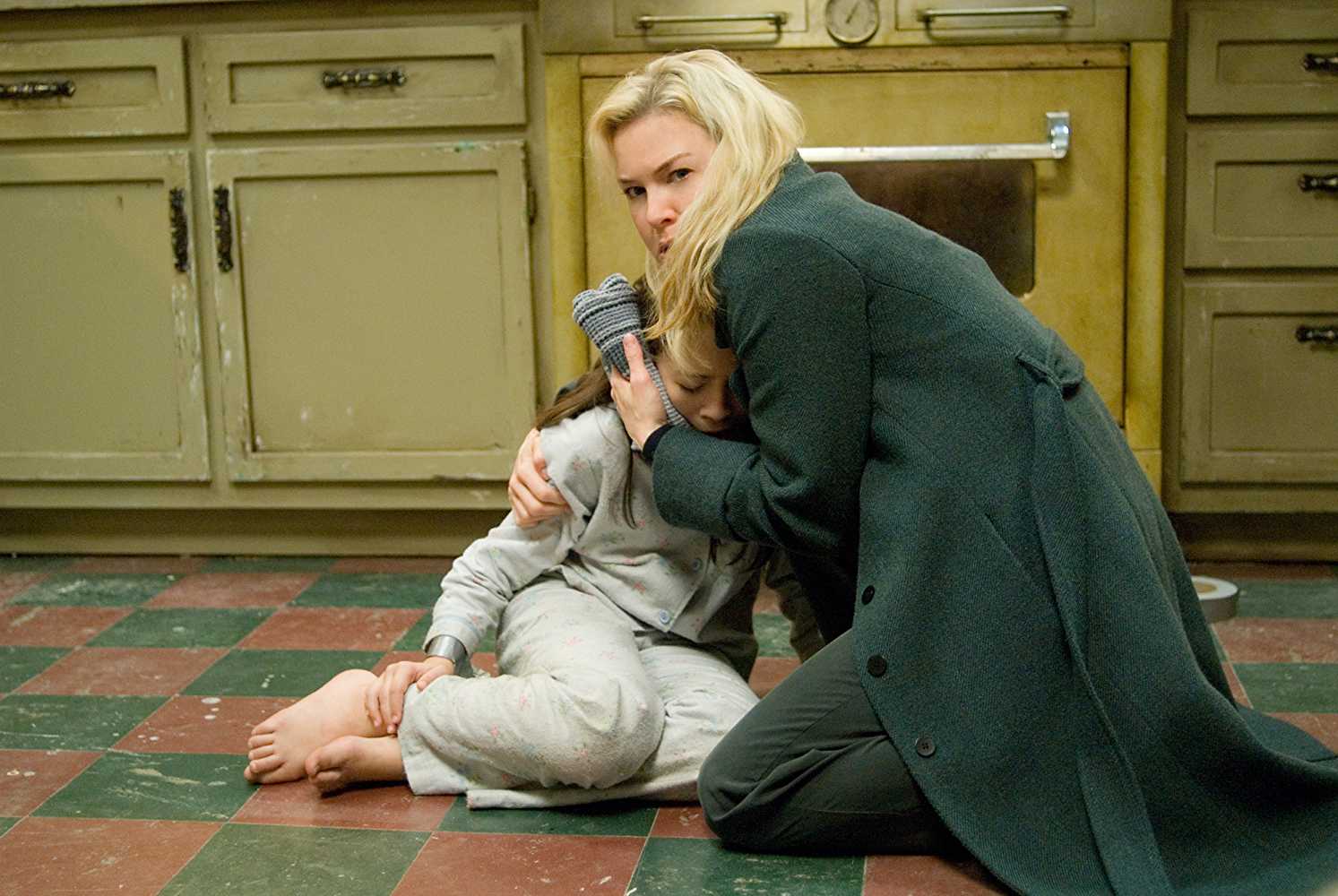 This movie has infamously been under the radar even when it was released back in 2009, despite having some credible names in the cast to boast of, including Ian McShane, Bradley Cooper and Renee Zellweger. ‘Case 39’ is a story that has been done before: a social worker saves a seemingly ordinary 10 year old from her abusive parents only to discover that the girl herself houses the evil. Even the treatment isn’t particularly refreshing or original. It is perhaps the under the radar nature of the film and the low expectations with which I stepped into it that led it to being a mildly pleasant surprise. If anything, it is still better than a lot of the current instalments in the ‘Conjuring’ universe.

‘The Thing’ is perhaps the last film on this list that I would suggest to anybody as a must watch, and believe me when I say that it is one of the film’s merits. To make sense of that absurdity alone, I urge you to watch it and form your own opinion. Aliens are among the most popular “vast unknowns” for humans, and naturally so, a number of filmmakers have offered their take on the unknown, especially in the horror genre, given that you are often most afraid of what you don’t know. Offering an all evil take on the alien mythos, ‘The Thing’ too is about a shapeshifting alien that arrives on Earth, and infiltrates a US research station in the Antarctic. The film throughout manages to maintain an atmospheric kind of horror solely through anticipation of the next attack, and more importantly, through paranoia, and the feeling that people around you may not always be the ones that they claim to be. 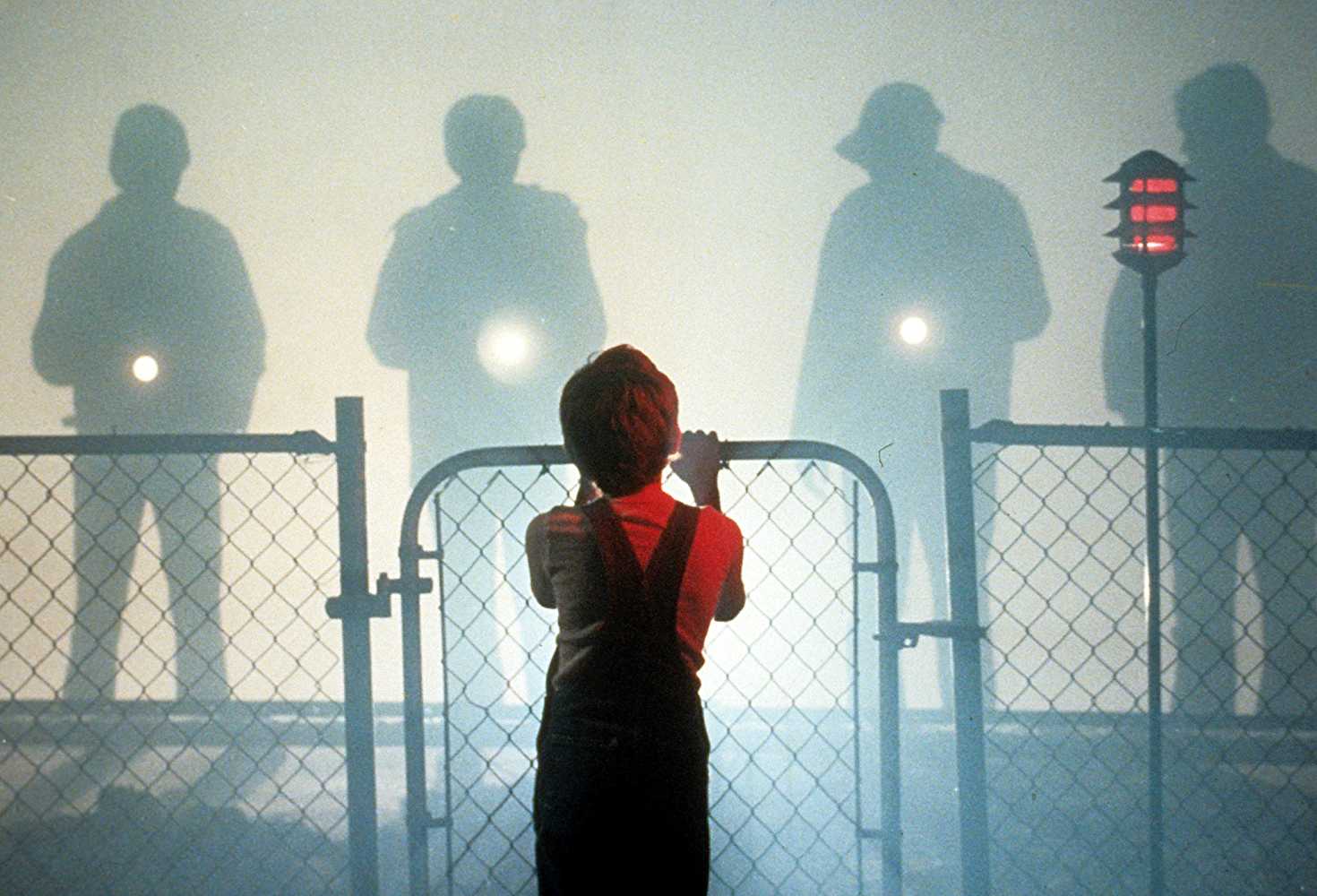 Seeing as though all the other films in my list are dark, dour outings, I deliberately introduce an increasingly positive one, the delightful side of the story of an alien creature on Earth. Humans reacting to anything that is outside their limited scope of knowledge is always going to be endlessly intriguing for me, and this family friendly Spielberg classic offers just another take on that. ‘E.T. The Extraterrestrial’ is the story of an alien who is stranded on Earth, and the efforts of a troubled but brave young boy in getting him back to his home planet. In perfect Spielberg style, ‘E.T’ captures so much more than a mere alien fantasy, carefully entrapping the psyche of a blockbuster seeking audience. 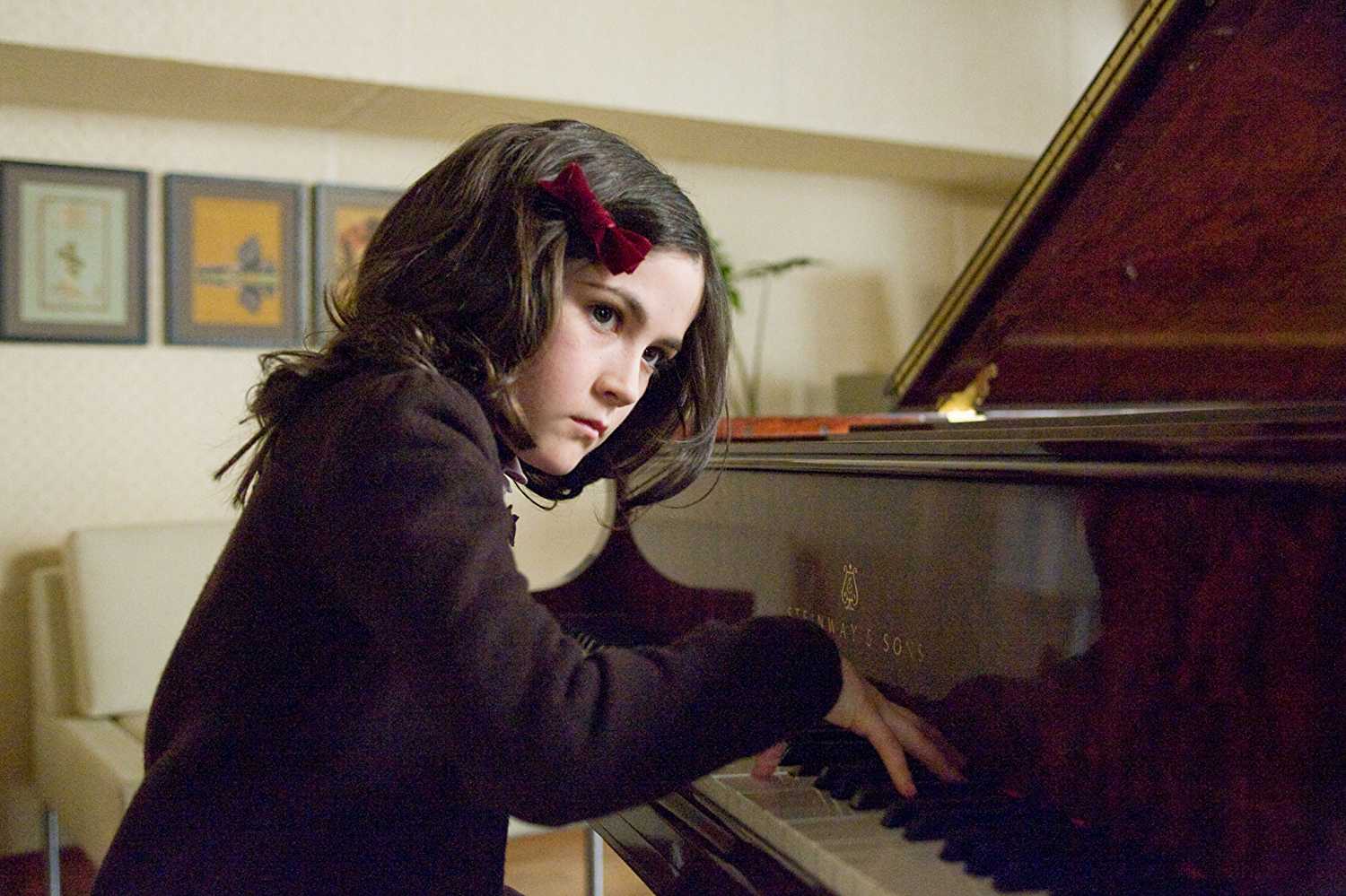 Another entry in the sinister children sub-genre of the vast number of horror films out there, ‘Orphan’ scores and stands apart from the crowd solely because of how crazy (and I am still thinking of a better word) the titular Esther played eerily by Isabelle Fuhrman is. The premise is known: an orphan girl welcomed into the household of a grieving couple turns out to be a malevolent creature, but it is the extent of that insanity that is being pushed here. It is no masterpiece or home run even, but ‘Orphan’ will surprise you. I can damn well guarantee that. 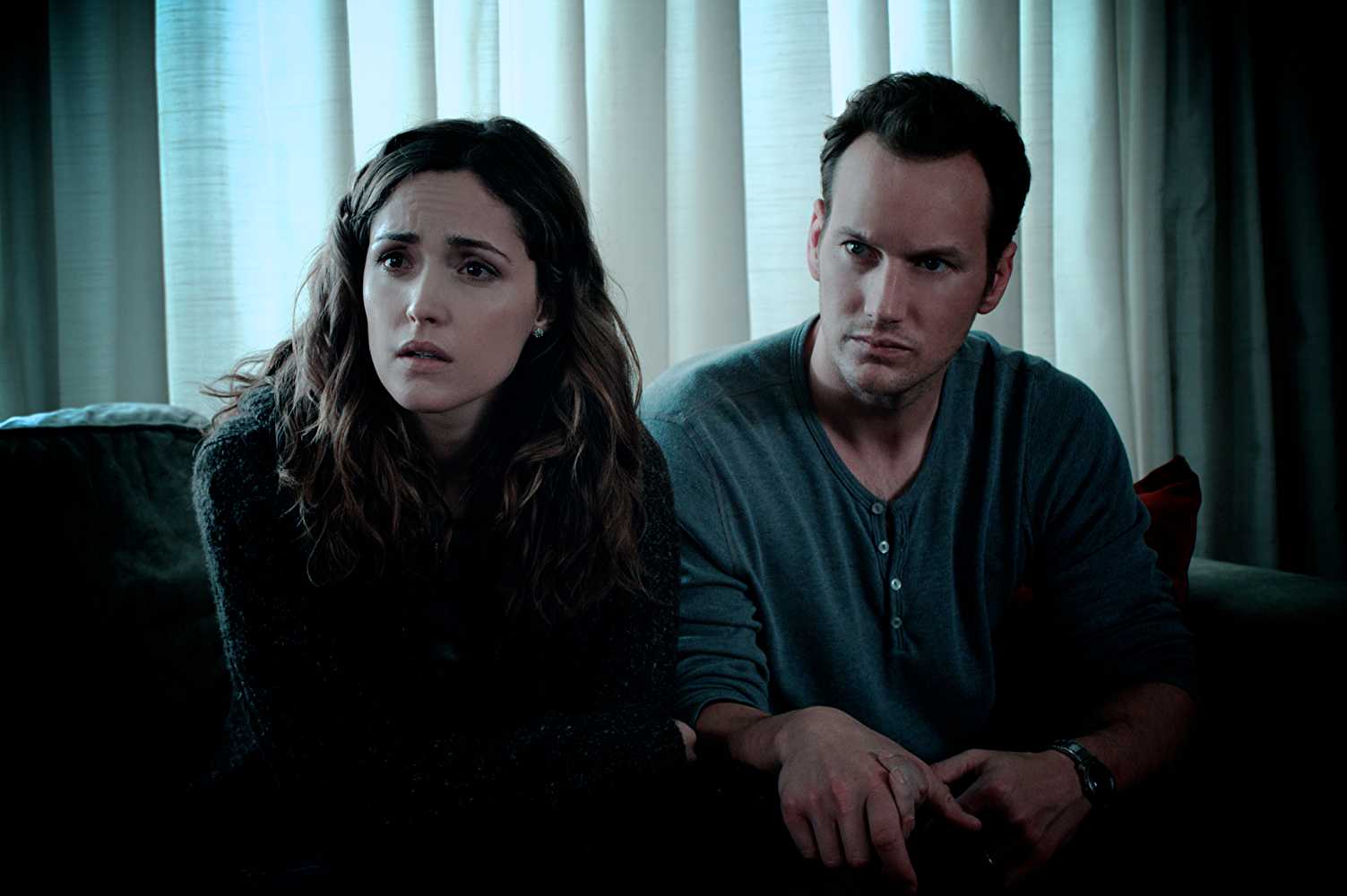 Among the modern slew of horror films, if there is somebody who has managed to bring somewhat of a “newness” in the genre, it would be James Wan. I will not go so far as saying that he redefined the genre, but his contribution cannot be downsized. Even in his considerably scary filmography, I absolutely adore ‘Insidious’ as a guilty pleasure of sorts. Apart from a botched third act, ‘Insidious’ sets up its pieces rather carefully in the first and second acts, and mostly delivers even if in jump scares. It has a host of demons to keep you scared and in your seat, and an interesting concept in astral projections as its central premise. It has even spawned a trilogy of films including this one, but nothing quite like this inventive low budget original. 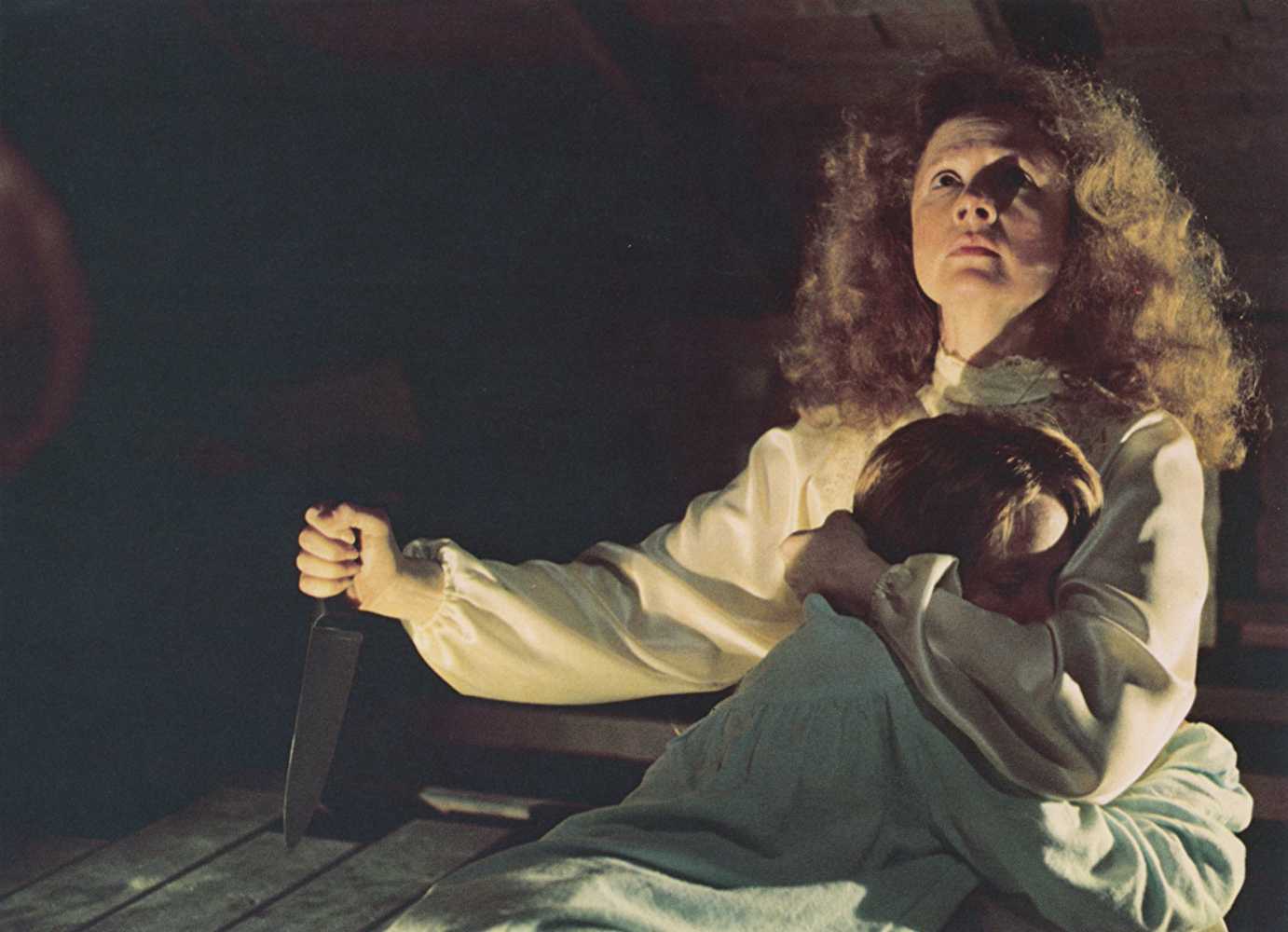 ‘Carrie’ is the perfect example of why you don’t bully the quiet kid at school. In fact, a key moment from the ‘Brightburn’ trailer brought me to include another Stephen King classic film adaptation in this list. The film is about a shy, friendless girl who is humiliated as part of a practical prank on her at her senior prom, and goes on to unleash her telekinetic powers on that fateful night. ‘Carrie’ sees auteur Brian De Palma at the top of his game, and delivers a final act so relentlessly horrific, you’d almost think the dramatic and even fun bits in the first and second acts were a different movie altogether, and yet it’s the mastery that sticks it all together. The 2013 remake is good as well, but this one has its own horrific charm. 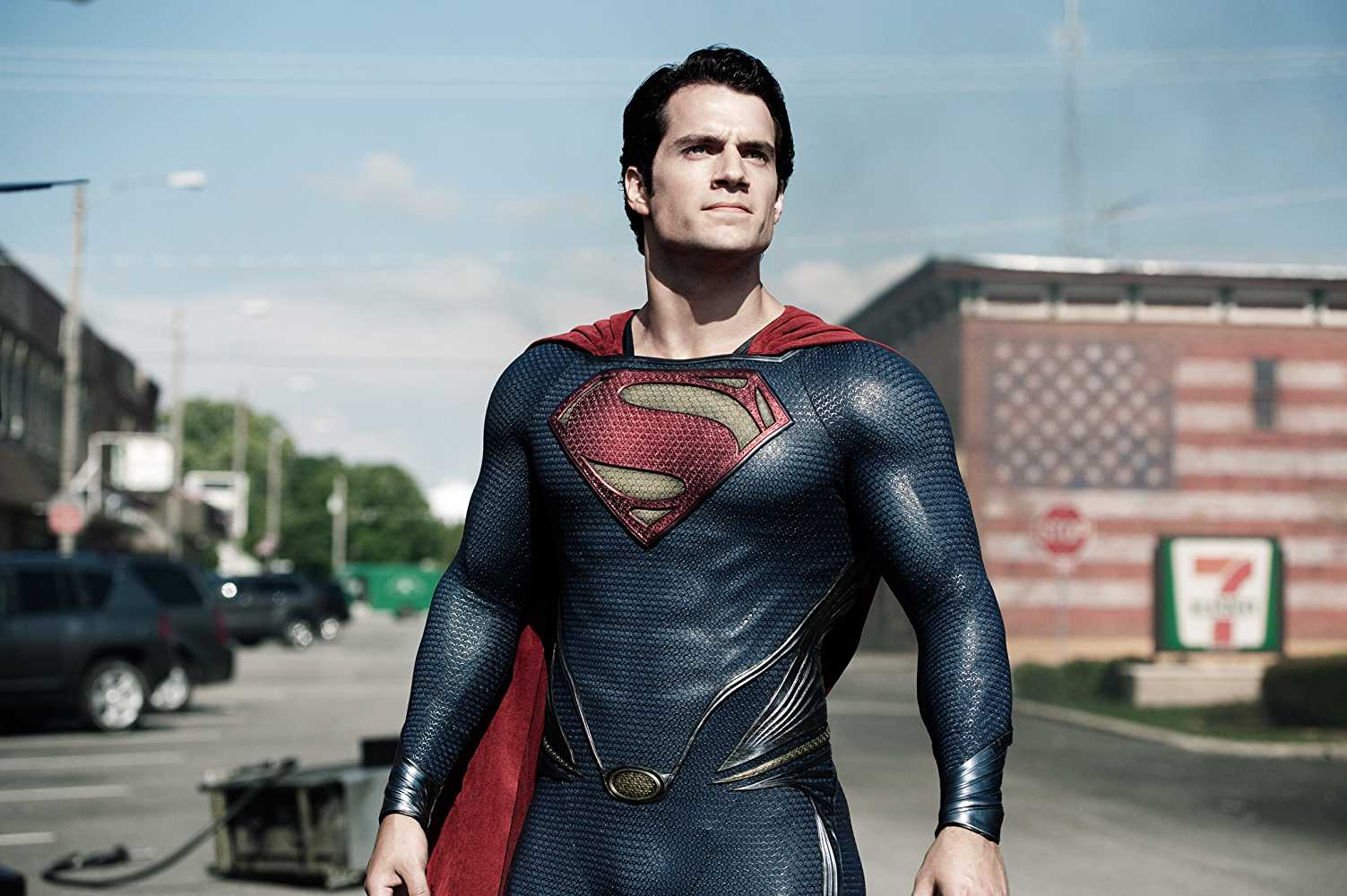 Without a doubt, the darkest, most contemplative and introspective Superman debut and origin story ever told. It may have divided critics, but as a lifelong DC and Superman fan, this film satisfied me to the core, and had me go home with so much more than what we are accustomed to from our superhero films. As good an origin film as any, ‘Man of Steel’ is also one of my personal favourite superhero films. Following an explosive beginning, the film undertakes a more personal tone, where a young Clark, still discovering his powers and coming to terms with his identity, is shown struggling in the world he has made his home.

The casting in this film is one of its major strengths, without which it would have lost half of its impact. Not to forget, Hans Zimmer’s score is an absolute winner like always, and ‘Flight’ coupled with the stunning visual of Superman’s first take-off is a goosebumps-inducing delight. The film is the diametric opposite of ‘Brightburn’ if you may, but an account of the same origin with a slight (very) hint of the darkness. Makes you wonder whether Clark Kent or Brandon Breyer is a choice that you make! 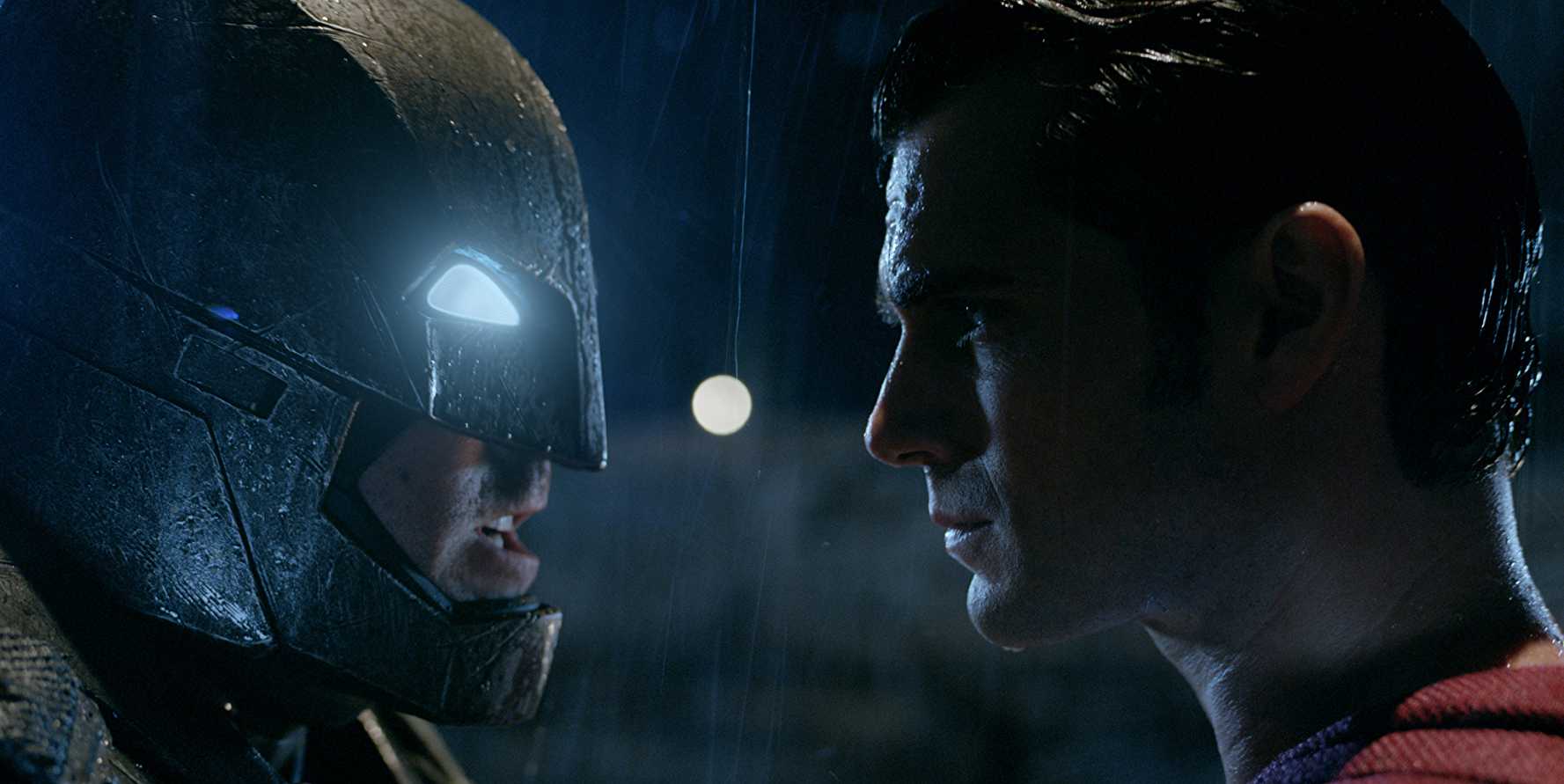 People seriously give the initial films in the DCEU less credit than they deserve. ‘Batman V Superman: Dawn of Justice’ is the first superhero film to seriously address the slight possibility that a major character, that too someone as incorruptible as Superman, could be considered a threat even if he may be far from that, through sheer paranoia and manipulation. I have, on several occasions before this, defended BvS in front of a pitchfork wielding crowd ready to crucify the film, and I will continue to do so. Not because it’s an excellent film; we know it’s not, by any measure, but because I felt that it was over-criticized on some common aspects plaguing most superhero films today, while some really good aspects of it were overlooked in the process.

The film puts forth a Superman in doubt, unsure of his place in the world while already having saved it once, all the while facing backlash and suspicion on account of the collateral damage left in the wake of his battles with the Kryptonians. Remember Bruce from the film expressing his concern over Superman in the following lines? “He has the power to wipe out the entire human race, and if we believe there’s even a 1% chance that he is our enemy, we have to take it as an absolute certainty?” Well, ‘Brightburn’ is that 1% chance. 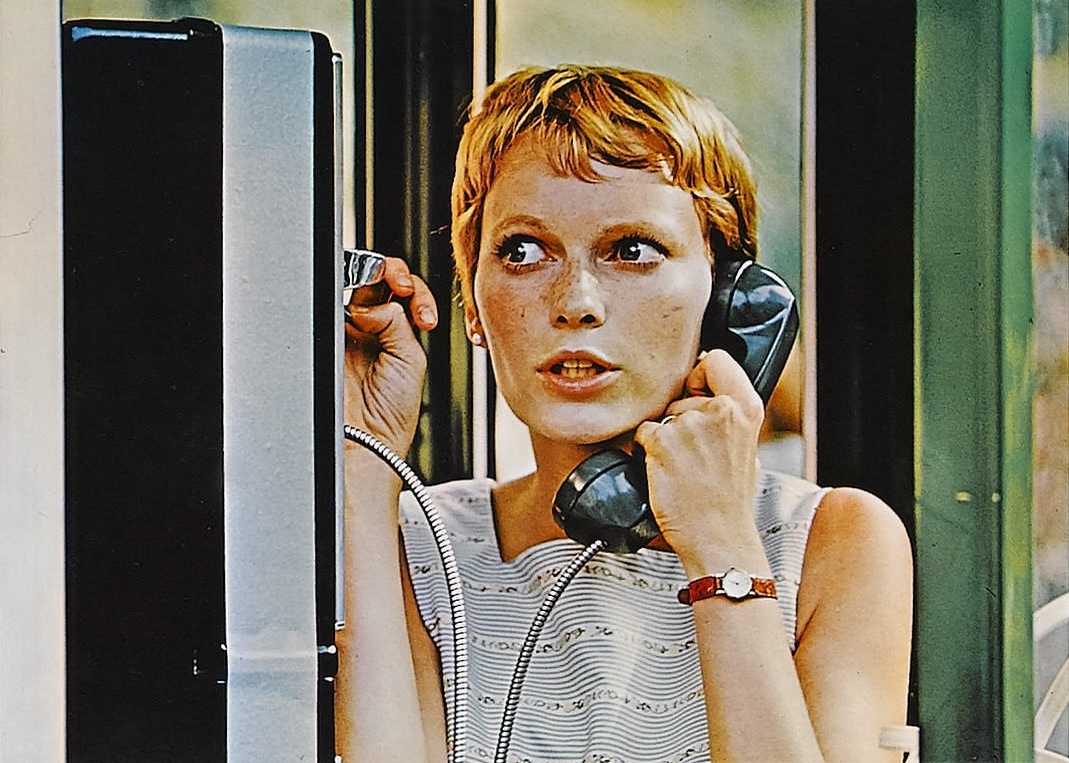 Horror classics that are etched in your memory even today would hardly be of the screech-thud-bang type, relying instead on steady, atmospheric build-ups, delivering that scare right up your spine and seating it there, rather than just startling you with visuals or a loud sound that you did/did not see coming. In the case of the former, the “horror” itself is deep seated rather than fleeting, and stays with you long after the lights come back on. ‘Rosemary’s Baby’ is another fine example of just what I am talking about. In fact, many people plainly consider it to be a suspense/drama film rather than a horror flick. Another fine addition to Roman Polanski’s fine filmography featuring a winning performance from Mia Farrow, ‘Rosemary’s Baby’ is truly creepy, and mines much of its horror from its disturbing premise. Right up there in the horror hall of fame. 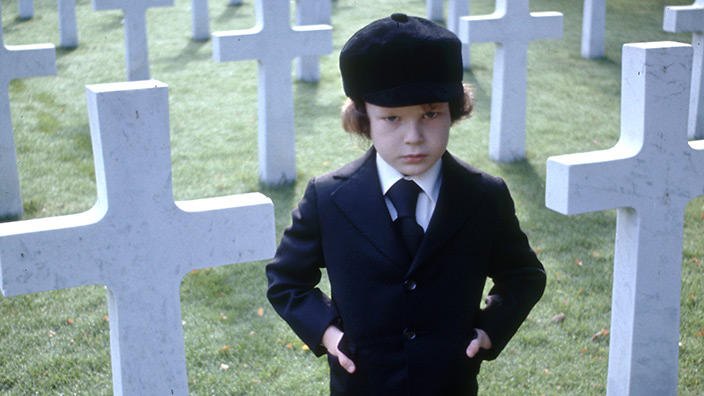 The rare kind of horror classic that still holds up decades after it first released. Adding to the long list of “what if”s that horror movies seem to ply on, ‘The Omen’ deals with a childless couple who go on to adopt a child, only to find out that he may be the Antichrist incarnate on Earth. As soon as he steps inside the household, mysterious deaths surround Ambassador Robert’s estate, leading the family to believe that the ominous presence of Damien may be the cause of those.

‘The Omen’ admirably balances a few jump scares with a lot of anticipatory, atmospheric horror, relentless in its build up and truly satisfying in its deliverance. It is only by virtue of these that ‘The Omen’ still is ahead of so many horror films released even today. The purists are right on this one. The scene from the dogs at the graveyard is a fine example of how to catch one’s audience completely off guard, and make them stay that way for a good amount of time. An absolute masterclass in horror film-making, and among my favourite films of all time.