10 Movies You Must Watch Before You See ‘Captain Marvel’

‘Captain Marvel’ is perhaps the only recent Marvel movie that I have seen to have such a vastly divisive hype base, or at least that is what one can gauge from the responses over the internet. However, I have no doubt that irrespective of its critical reception, ‘Captain Marvel’ will rake in a respectable sum of money to its name, as is the case with any film with the Marvel tag, especially also given its tie ins with two of Marvel’s biggest productions, ‘Infinity War’ and ‘Endgame’. If you look closely, the slate for Marvel films this year is very similar to last year, and every year that one of the ‘Avengers’ films was released, only this time, it’s in quick succession, owing to ‘IW’ and ‘Endgame’ closing down Phase 3 for the MCU.

However, even while retaining a similar template in 2019 as they did in 2018; origin film of relatively lesser known superhero, only hinted at or cameo’ed in previous team up film-tentpole culmination film-sequel to earlier hit solo superhero film that ties to tentpole film; said entries translating to ‘Black Panther’/ ‘Captain Marvel’, ‘Avengers: Infinity War’/ ‘Avengers: Endgame’ and ‘Ant-Man and the Wasp’/ ‘Spider Man: Far From Home’ in 2018/2019, Marvel hopes to repeat the immense success of ‘Black Panther’ with ‘Captain Marvel’ this year. With that said, here’s the list of movies similar to ‘Captain Marvel’ that are my recommendations. You can watch several of these movies like Captain Marvel on Netflix, Hulu or Amazon Prime. 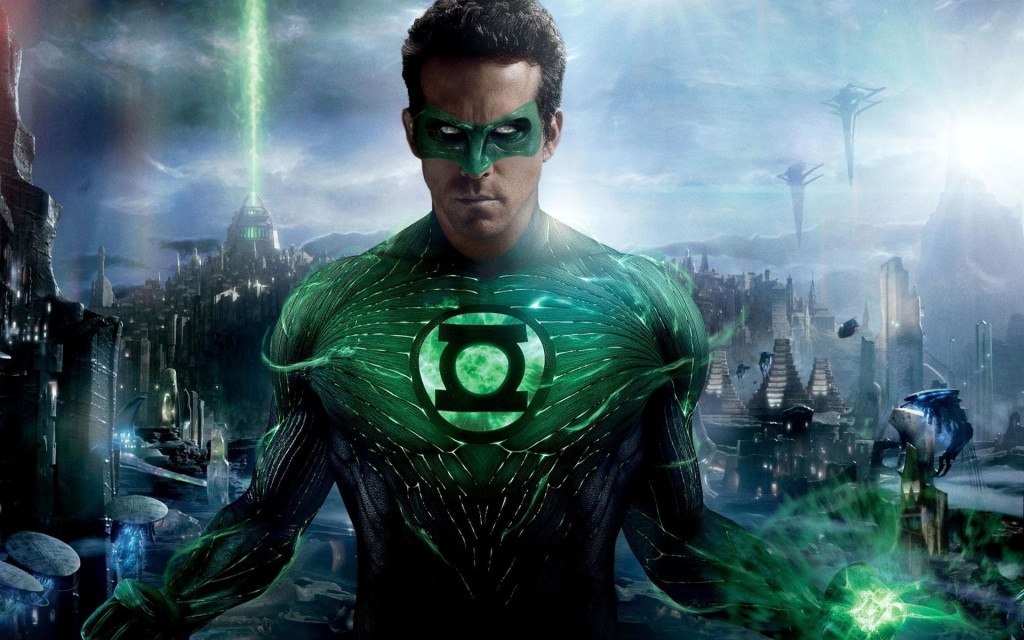 Unfortunately, the film kicking off the list, without a doubt the most inferior one on the list, so much so that the makers and even the actors have renounced any and all ties to the film, is also the one ‘Captain Marvel’s origin story holds most similarities to. A fighter pilot struggling with their identity, caught in the midst of an intergalactic war and finally emerging a cosmic hero? Hits too close to home. The critical stance with respect to viewers has certainly softened following the film’s massacre back in 2011, and if quality is not too much of an issue for you if you are looking for some easy viewing, ‘Green Lantern’ might just be your poison. 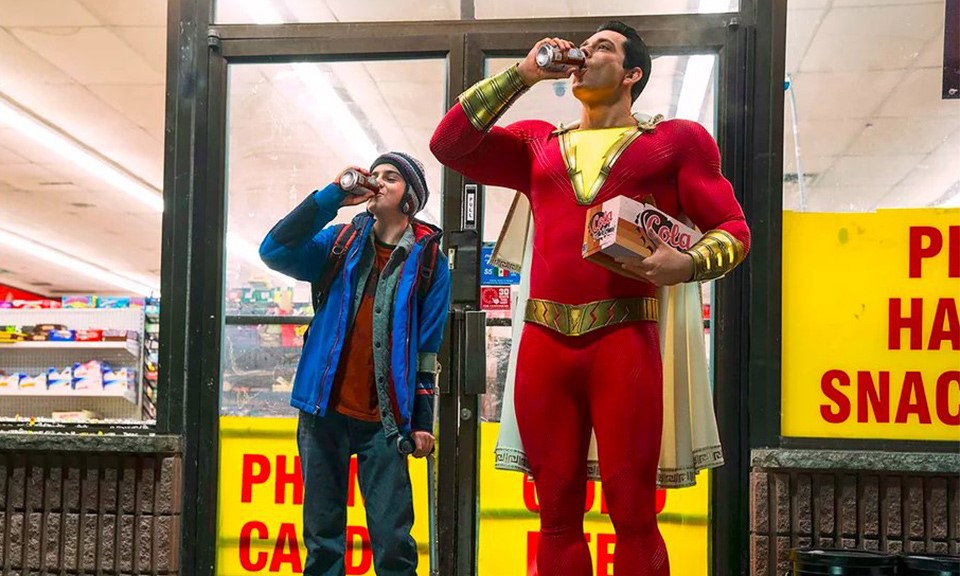 The OG Captain Marvel! Believe it or not, Carol Danvers was not the first superhero to use the name Captain Marvel. It was Billy Batson’s alter ego, a boy imbued with superpowers of flight, strength and magic including lightning upon uttering the word Shazam!, who was originally known as Captain Marvel. The DC superhero is all set to get his own solo origin film early this April, and if the previews are any indication, the other Captain Marvel sure looks like a good bit of fun. 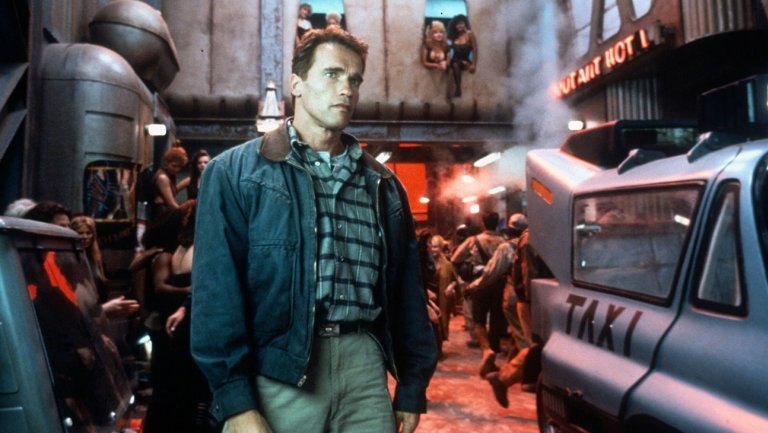 In recent interviews and press tours of the film, the makers of ‘Captain Marvel’ cited a couple of blockbuster movies from the 90s that were definitive of the era in which they were filmed as inspirations for the film. While all the other citations are listed later, I found one particular entrant belonging here. There exists no iota of doubt to the fact that ‘Total Recall’ is one of the most original, high concept intriguing sci-fi movies out there, and its narrative structure, genre thrills and intelligent special effects may serve as an inspiration for hundreds of films to follow. However, the most significant thread connecting the two films would be a hero in the current time tracing his/her roots back in time to find their purpose, along with the sci-fi setting being another obvious, common thread. I’d say the makers have a lot to live up to and honour, given the inspirations cited for ‘Captain Marvel’. Irrespective of whether you like the latest Marvel offering or not, ‘Total Recall’ is essential sci-fi and Schwarzenegger viewing. 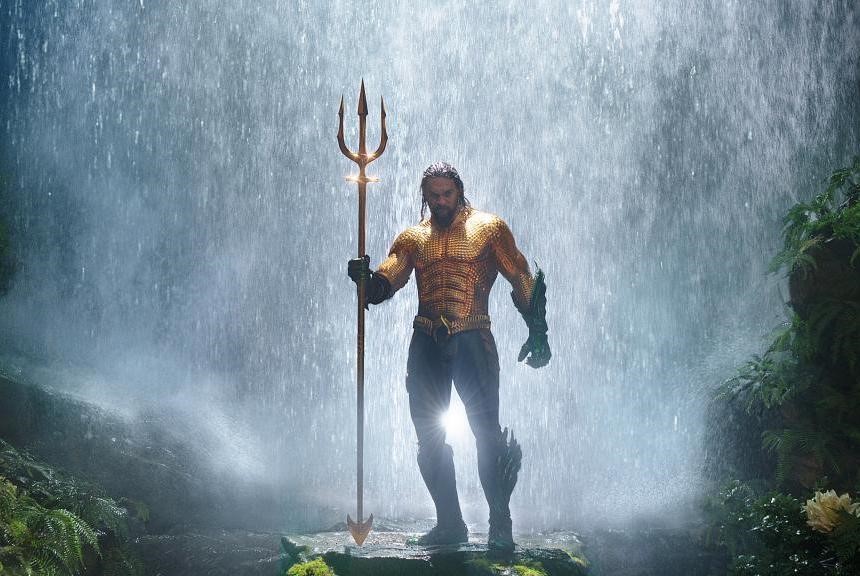 If there is one superhero film that takes any restrictive notions with respect to budget and scope on how or what superhero solo/origin films should be, and knocks them out of the park, it would be 2018’s ‘Aquaman’ for me. Undeterred in its approach of establishing a visually dazzling and distinct world for its superhero, and relentless in its crusade of dismissing any and all ridiculous notions about its titular hero, much of which was accomplished by the man Jason Momoa being on board itself, ‘Aquaman’ was among the very best superhero films had to offer in 2018, and a thorough popcorn blockbuster reserved only for IMAX 3D. The final battle between Arthur and Orm for the seven kingdoms, its fantastic new world and the legends associated therein should lure you to the film, akin to ‘Captain Marvel’. 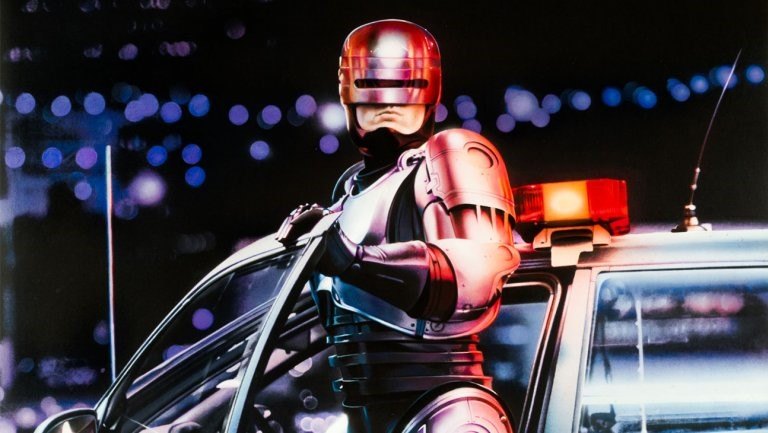 Another late 80s classic cited by the makers as an important inspiration for the character development of Carol Danvers as a hero rediscovering her roots to the past, with significant ties to the action and sci-fi hits of the 80s and 90s, ‘Robocop’ has not only redefined stylised, punked up, brutal action for an entire generation, it is also responsible for introducing a rather intelligible intermixing of genres, ranging from cyberpunk to action to social commentary to satire to even philosophy, which was all but uncommon for the 80s, until mainstream superhero films of recent times almost made it their pedigree. 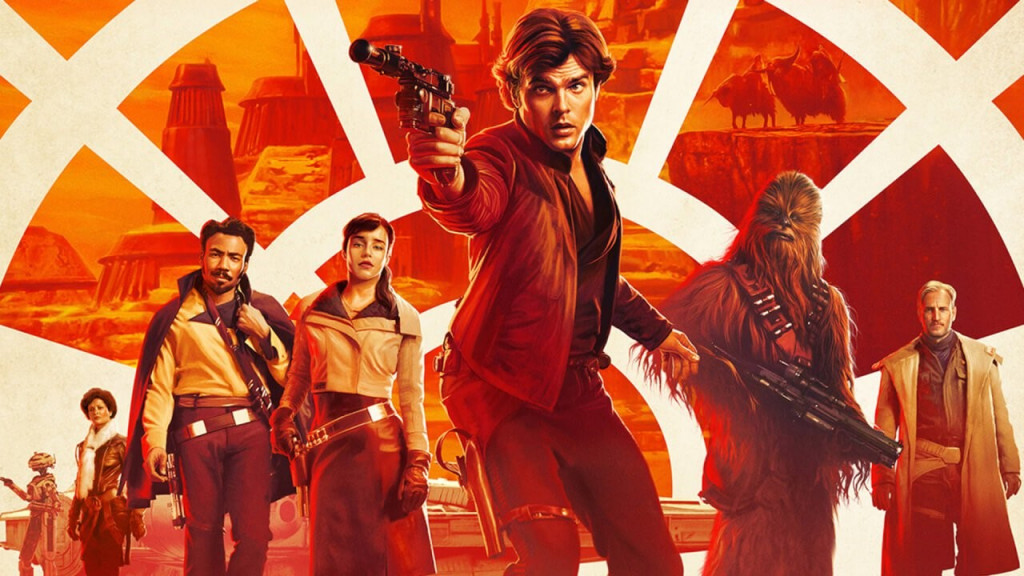 Perhaps the only place wherein a production grossing $392 million worldwide would be considered a box office bomb is the ‘Star Wars’ universe of films. Such has been this franchise’s impact on global media and sci-fi/space films ever since its inception that any discussion about a film even remotely centred on either of the two not involving ‘Star Wars’ as a basal point would prove to be futile. ‘Solo’ is not a bad film at all, as much is it the unfair descendant of a franchise that has delivered blockbuster after blockbuster. Agreed on all counts that it is possibly the ‘safest’ Star Wars film, but is plenty fun and packs enough spectacle for our rogue pilot’s spin off story with the beloved Chewbacca. Some of the space action sequences in there are seriously gorgeous, and for the final bits of ‘Captain Marvel’ with the Skree-Krull battle, the film could use a page out of ‘Solo’s book, despite both being recent entrants in their respective massively successful franchises. 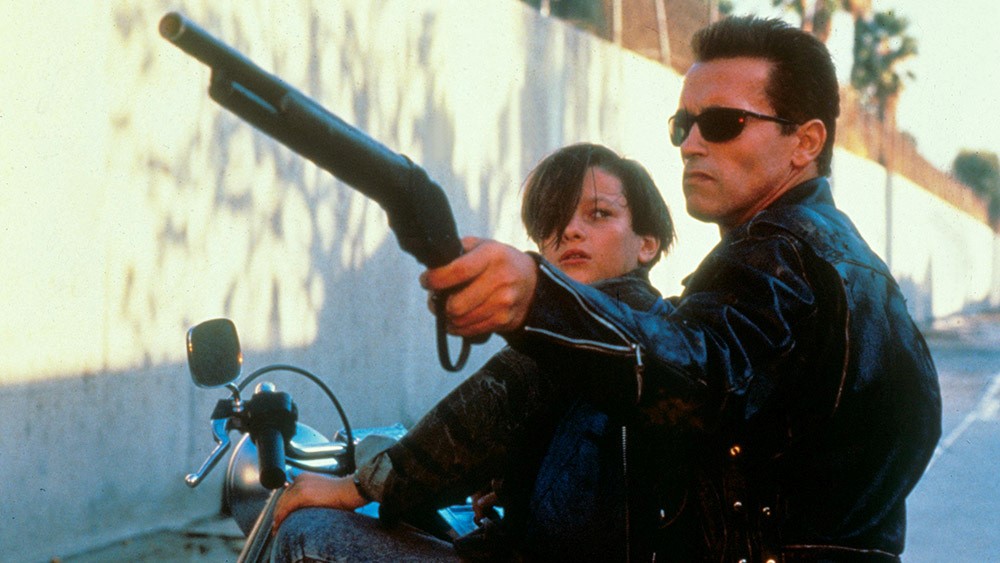 If you like the 90s, and if you like action films, there is no further looking than this classic right here. One of the many blockbusters from James Cameron’s kitty, ‘Terminator 2: Judgment Day’ was and to date continues to remain for some, the most definitive action film of all time, and a major part of pop culture. Incidentally, the 90s and action are also two of the broad subgenres that ‘Captain Marvel’ finds itself a part of, and its makers were quoted citing T2 as one of ‘Captain Marvel’s major inspirations with respect to tone and overall levity, and especially the action, a glimpse of which was visible in the short train snippet from the film aired some while ago. I would deem the film successful if it manages to retain even a tenth of the charm of T2, and ofcourse, it will forever be heartening to hear the 80s and 90s now developing into a distinct subgenre of films. 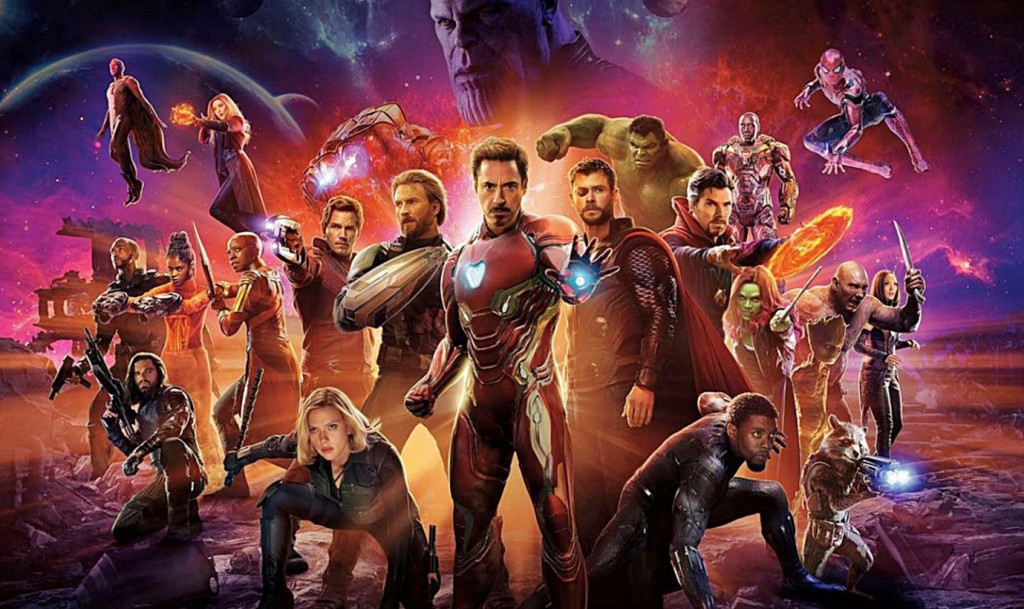 Wouldn’t be a moonshot if I were to call this the best superhero film of 2018, and among the best ones in recent times. The beginning of the culmination of Phase III for the MCU, ‘Infinity War’ brought together every Marvel superhero (well, except Hawkeye and Ant-Man) introduced over the course of ten years in its roster, and pitted them against the mighty Titan Thanos. In essence, one could call ‘Captain Marvel’ a spiritual sequel to ‘Infinity War’, and the former’s post credits scene is being touted to tie up some loose ends with respect to Captain Marvel’s involvement in the final battle in ‘Endgame’, and provide seekers some answers with respect to where she was during the first and second Avengers battles. After all, her role as a saviour of the current state the Avengers find themselves in had been foreshadowed in the end credits of ‘Infinity War’, wherein Nick Fury disintegrates as a result of Thanos’ snap, but not before sending a distress call to Captain Marvel. 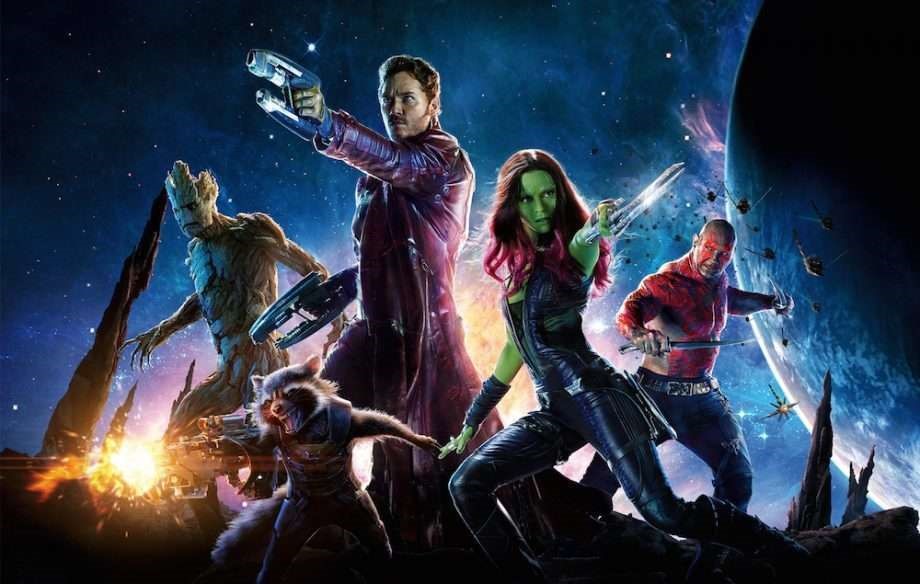 If there is one film you must catch to come to boot with ‘Captain Marvel’s release, it would be 2014’s runaway hit ‘Guardians of the Galaxy’, introducing a virtually unknown group of superheroes to the world with pomp and show, on the heels of an enviably awesome 80s mixtape styled soundtrack, and turning out a huge profit. Among several converging storylines at the centre of ‘Captain Marvel’, there is a war between the Kree and the Skrulls towards the second half of the film that is but central to Carol Danvers picking up the mantle of Captain Marvel. Apart from sharing a common universe with ‘Captain Marvel’ being one of the obvious reasons why you should catch this film, ‘GOTG’ (and its sequel as well) will be your masterclass in understanding the different intergalactic species co-existing within the MCU. 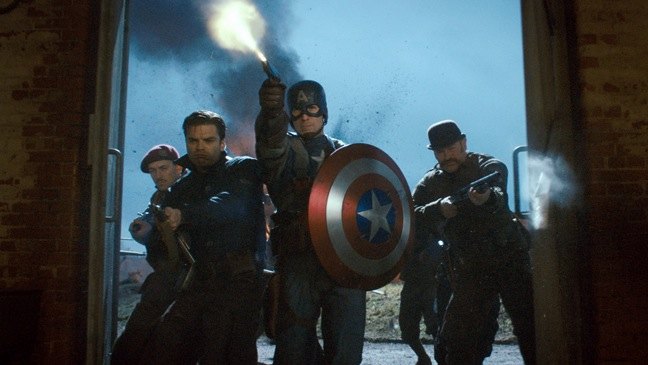 All the other films listed above share more or less thematic similarities with ‘Captain Marvel’. However, it wouldn’t take the deduction skills of a detective to know that the one Marvel superhero Danvers shares the most with as a character would be Steve Rogers’ Captain America. Torn between two vastly different times and zones and in essence, lives, trying to find their place in the world, the two Captains are, in my opinion the embodiment of the most heroic values characteristic of Marvel. The unmistakable period setting of the 90s for both films amidst evident war should allure fans of either film to the other. Their team up, if so in ‘Avengers: Endgame’, should be a sight to behold. I honestly can’t think of a better film to catch than ‘the First Avenger’ or even say ‘The Winter Soldier’, its far superior sequel if you happened to like ‘Captain Marvel’.