7 Movies You Must Watch if You Love Cube

In his iconic dystopian novel, ‘1984’, George Orwell talks about a society under a totalitarian regime where surveillance and propaganda is the order of the day. The land is ruled by a single party, whose chief is the Big Brother. No one has seen him. No one knows for certain whether the man even exists in the first place; but the Big Brother completely controls your life and observes you every second of the day. With man’s ever-increasing dependence on technology, consumer products, and overuse of the internet, now it has become relatively easy for governments to track us in a Big Brother-esque way. And this is the idea that is explored in the 1997 Vincenzo Natali science-fiction horror film, ‘Cube’.

The movie centers around five people trapped in a surreal cube-shaped place, not knowing how they landed there in the first place. While attempting to escape, they discover that this place has got over 17000 rooms, each wired with life-threatening booby traps. In this desperate situation where their fate has almost been sealed, working on futile attempts to escape frustrates these inmates and causes a falling out between the five characters. The movie does have elements of horror, but its political and social messages make it even more interesting. If you’re looking for movies similar in tone and style to this one, then you have come to the right place. Here is the list of best movies similar to ‘Cube’ that are our recommendations. You can watch several of these movies like ‘Cube’ on Netflix, Hulu or Amazon Prime. 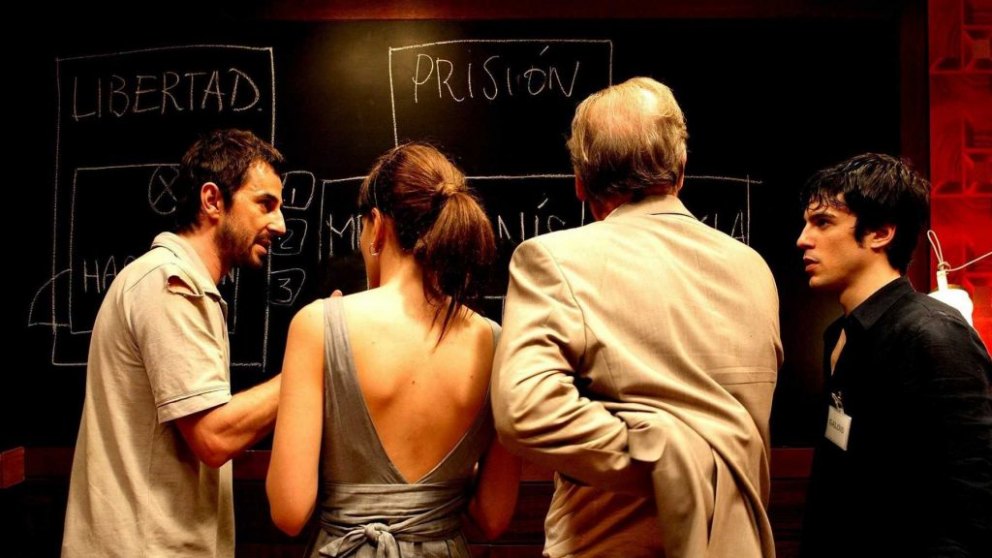 This 2007 Spanish thriller film shares a similar plot structure with that of ‘Cube’. The inevitability of life turning into a meaningless exercise, the sense of a higher power controlling our lives no matter what we do, are all themes these two films have in common. Mathematics plays an important part in this film, with the central characters all playing mathematicians gathered at a place intended as a convening zone for like-minded people. Soon enough it becomes clear this is a complete setup and they have to constantly keep solving mathematical problems appearing on a screen if they want to survive. ‘Fermat’s Room’ manages to brilliantly capture a sense of claustrophobia, trapping its characters in a room and constantly shrinking it in size – a numbing feeling which transcends from the film to the audience and works as a metaphor of the rising tension within us. The film is beautifully paced, boasts of some powerful performances, and despite some weak points, comes off as an entertaining experience. 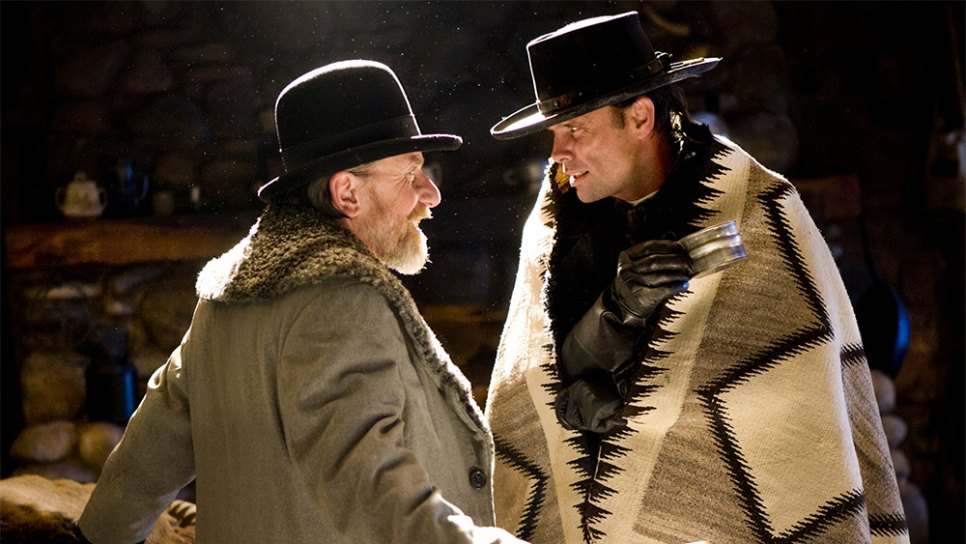 Quentin Tarantino is a filmmaker who loves cinema, perhaps more than anyone else. In his works, he unabashedly displays his love for the movies that influenced him as a filmmaker. His 2015 western venture, ‘The Hateful Eight’ stays true to the Tarantino world and its aesthetics while borrowing its structure from his own debut film ‘Reservoir Dogs‘ (1992) and Agatha Christie‘s masterpiece ‘And Then There Were None’. The story is set some years after the Civil War, in a haberdashery in the middle of a blizzard, where eight characters, each with his/her own agenda, converge. Now it is the politics of the time in which they live that seals their fate as the story progresses, thus making the film a sort of a metaphor of the American social climate during that era. 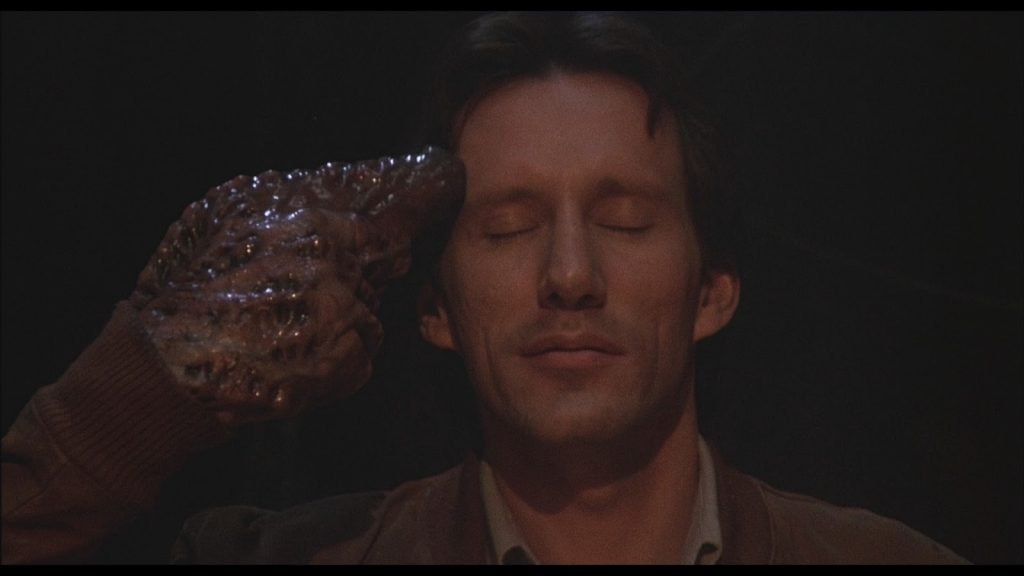 Woody Allen famously said in ‘Annie Hall‘: “In Los Angeles, they do not throw out their garbage. They turn it into television shows”. David Cronenberg reiterates this point in one of the most disturbing yet profound films to come out of the 1980s – his body horror movie, ‘Videodrome’. The film centers around TV channel president Max Renn who generally produces trash, violent shows and wants something different from his channel. He comes across an eerie TV show called ‘Videodrome’ from an unknown network broadcasting out of Malaysia. Renn’s investigation into ‘Videodrome’ and its origins reveal some gruesome behind-the-scene tales. ‘Videodrome’ is a one-of-a-kind surreal experience that explores the realities of the times we live in (although the film is now 36 years old). The film drives home the point that televisions have now made us an extension of themselves, making us think and feel the way they want us to. 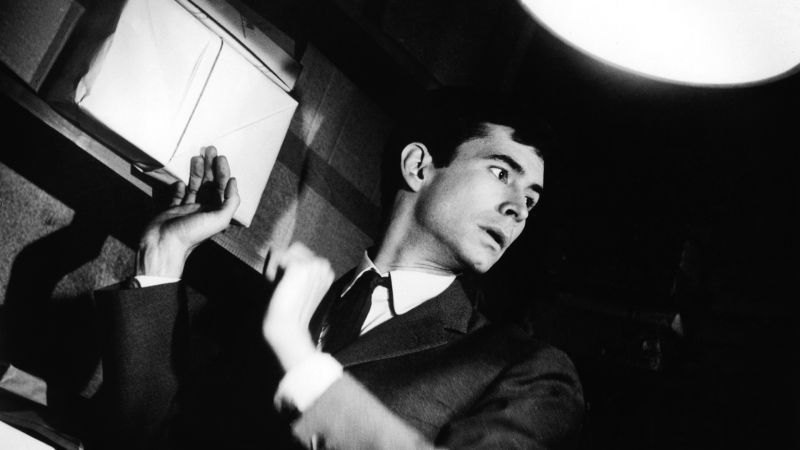 We can, without a shadow of a doubt, say that the entire philosophy of ‘Cube’ is heavily inspired by the works of the great Franz Kafka. In his novels and short stories, Kafka always keeps a hint of danger in all of his writings, a danger that can come not because you have brought yourself to a mess, but simply because life can take any turn at any point of time. Thus, it was important for us to talk about a film inspired by Kafka’s works on this list.

‘The Trial’ is one of the three novels Kafka wrote, and in 1962, Hollywood legend Orson Welles made a brilliant film out of it, keeping the original work’s philosophy intact in his cinematic adaptation. ‘The Trial’ tells the story of Joseph K., a man who is suddenly arrested one day without any apparent reason. He is then made to go through a lengthy trial and is finally released. However, a similar fate befalls upon him exactly one year later. This film is a sharp critique of bureaucracy and its complicated process. Treading a similar path as the characters of ‘Cube’, Joseph K. is also a victim of the system; so caught up within it that there is no escape for him at any point. Watch this film for its style, atmosphere and Anthony Perkins’ (‘Psycho’) brilliant performance in the lead role. 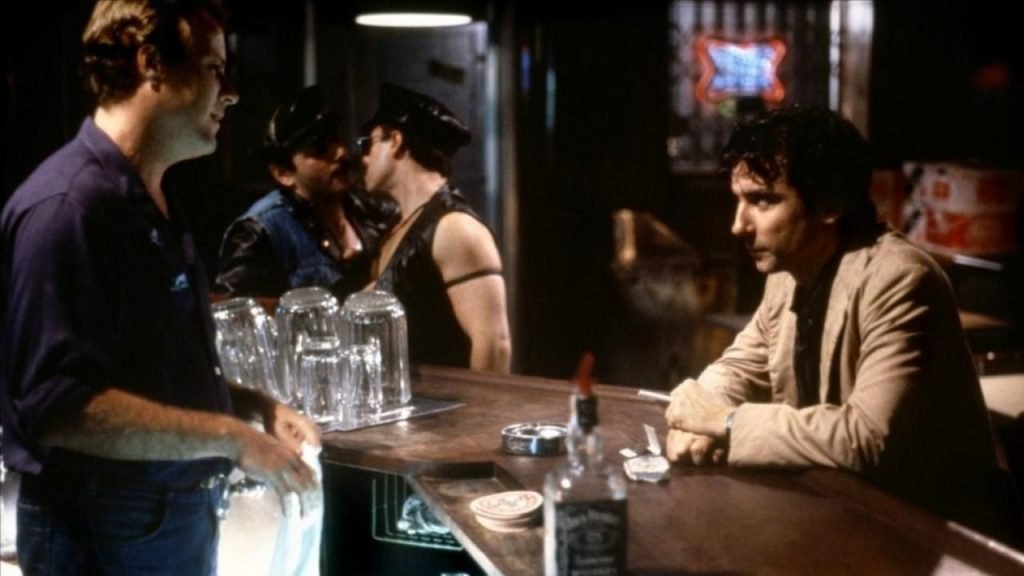 ‘After Hours’ is one of Martin Scorsese‘s most criminally underrated films. After Paramount abruptly canceled ‘The Last Temptation Of Christ’ in the very last stages of pre-production, Scorsese took up a screenplay written by a Columbia University graduate student as his class assignment to make his next movie. ‘After Hours’ is an exercise in filmmaking, and boy does Scorsese prove his mastery over the craft! The story is pretty simple: a New York office goer goes through several bizarre situations one night while attempting to reach home after work. Throughout the night, he meets some pretty interesting and eccentric characters who keep making his life miserable. The events that happen are too absurd, just like five people getting locked up in a 17,000 room structure with booby traps. But it is the journey in both cases which is important, and not the destination. 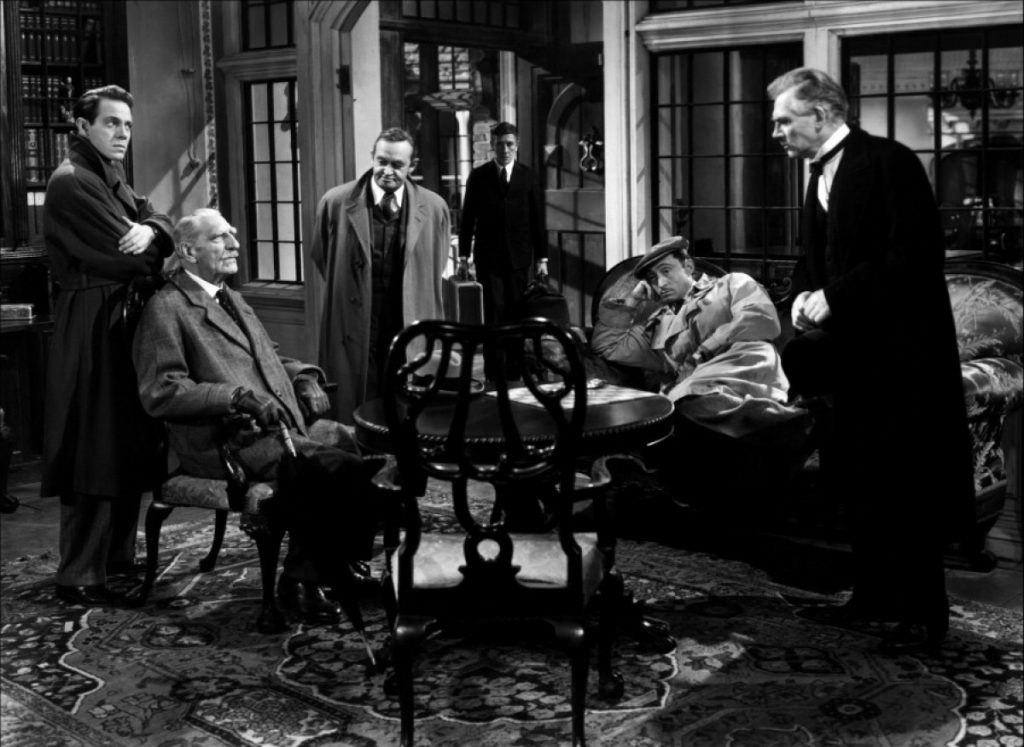 Agatha Christie‘s ‘And Then There Were None’ is one of the highest-selling books ever and one of history’s most celebrated mystery novels. The story of ‘And Then There Were None’ is so powerful and visceral that it demanded a film be made out of it, and six years after it first came out, Rene Clair put the story to celluloid. The film centers around 10 people who have converged in an isolated house on an island – eight of them guests and two of them recently hired servants. However, there is no trace of the host who has invited them here in the first place. It soon becomes apparent that this is entirely a setup. Each one of them is accused of murder by a voice that plays on a gramophone, warning them that punishment is inevitable. As the guests mysteriously start getting killed one after another, they’re sure someone among them is pulling the strings.

There is a clear indication that this film has been a direct or indirect inspiration for the maker of ‘Cube’, with the basic plot structure being very similar. Although it’s a mystery thriller, the story has far deeper philosophical implications, serving as a mirror to our urban existential dread, which remains buried in the busy life of the city. But here on this island, the skeletons do come out of the closet. 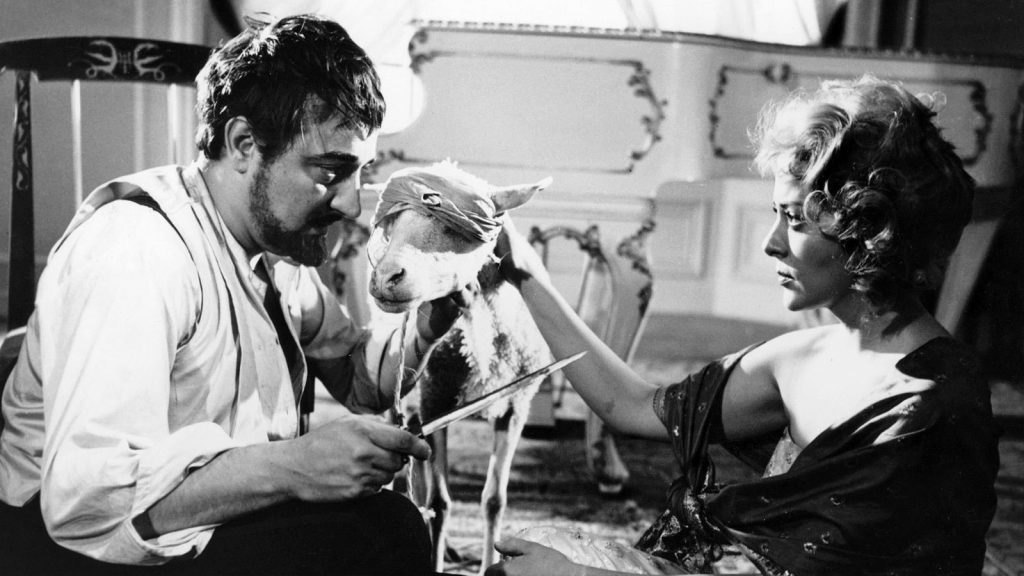 Luis Bunuel is a filmmaking institution unto himself; his vision so unique and his knowledge of the craft of filmmaking so broad that he can pull off the absurdest scenes with utmost style and panache. If you want to explore surrealism in films, he is the filmmaker to go for. ‘The Exterminating Angel’ is one of Bunuel’s most celebrated works. It is the story of a party at a mansion, where eminent and influential people from a city’s bourgeoisie class have gathered. The party goes on well; we are made voyeurs of the lavish lives that they live. But while trying to leave, the guests realize that they cannot. They simply cannot step out of the banquet room no matter how hard they try. Days pass by, and slowly it starts becoming difficult to sustain life itself. When desperation sets in, chaos takes over and soon, the garb of high society-civility shreds itself to bring out the carnal side of man.

The film can be seen as a critique of the lavish life certain people tend to live. They keep piling themselves up with consumer products and garbs of sophistication; so much so that they themselves are now trapped in it. It is their struggle to escape this constructed reality in which they live that becomes the central theme of ‘The Exterminating Angel’.