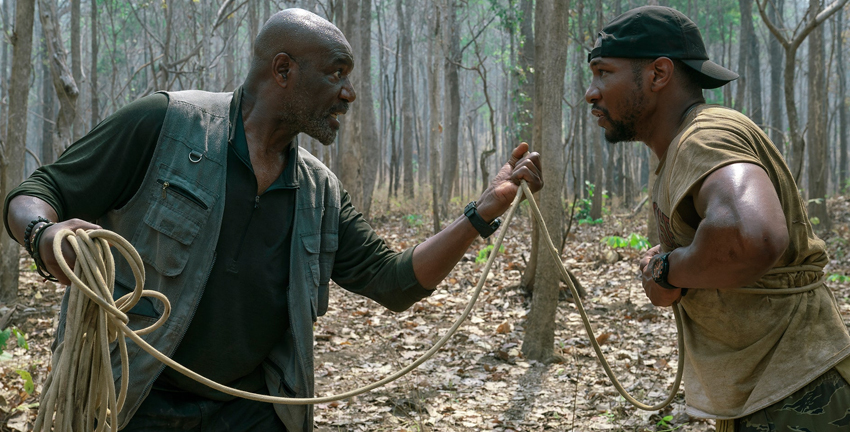 Spike Lee is back with his new explosive movie, ‘Da 5 Bloods.’ Combining fierce energy and urgency, ‘Da 5 Bloods’ is one of Lee’s most ambitious and impactful movies. The simple premise is that four African American Vietnam veterans return in search of their fallen squad leader, also looking for buried treasure. The brave men have to face the forces of nature and humanity as they come face to face with the lasting impact of the Vietnam War.

In Lee’s Netflix movie, he engages with racial tensions against the backdrop of war. Since ‘Da 5 Bloods’ is being considered as one of the best movies to have come out in the summer of 2020, you might be wondering about similar films to fill the void. Here are some of the movies you can watch. You can watch many of these movies like Da 5 Bloods on Netflix, Hulu, or Amazon Prime. 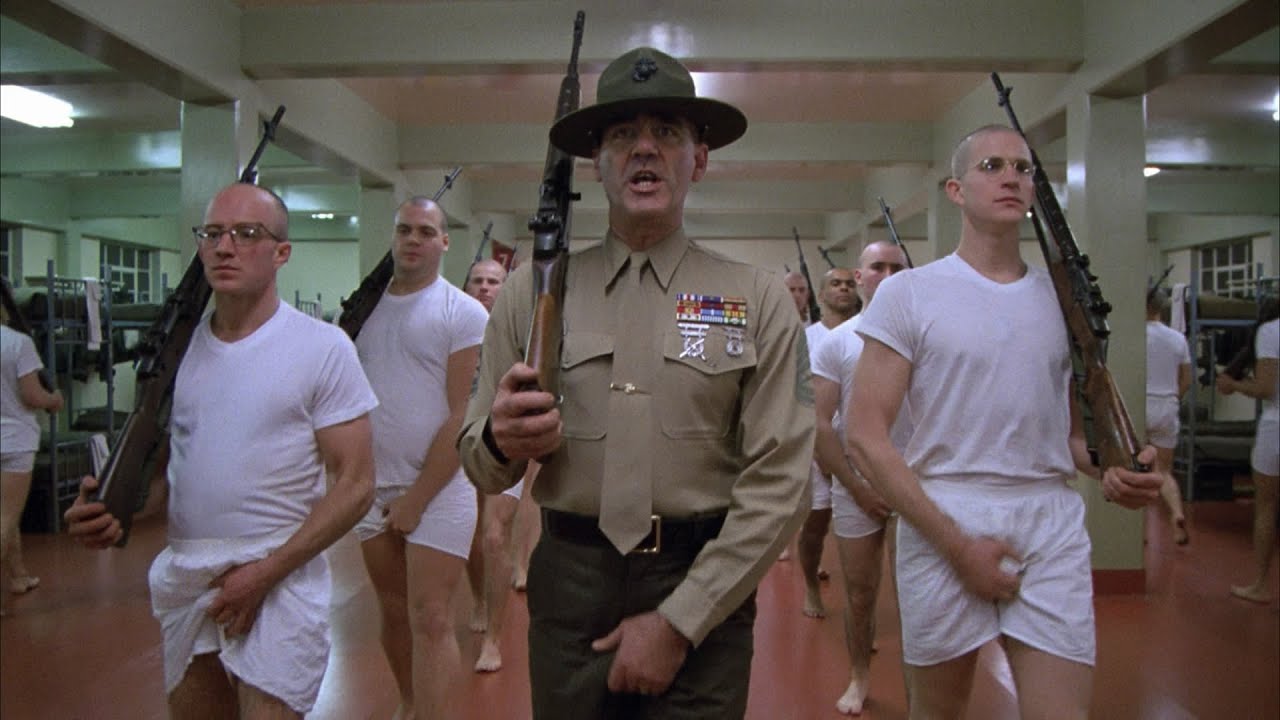 No list about Vietnam war movies can be complete with mentioning Stanley Kubrick’s masterpiece. The finely crafted film looks at how a pragmatic US Marine sees the way in which the war erodes humanity and makes us do terrible things. Tracing the stories of his fellow soldiers, from training to the streets of the war-torn Asian nation, ‘Full Metal Jacket’ serves as a fine critique of the violence we unleash on each other.

War makes us do terrible and often strange things. While Kubrick’s take on the Vietnam War might be critical, Francis Ford Coppola weaves his memorable tale based on Joseph Conrad’s ‘Heart of Darkness.’ Against the backdrop of the numerous threats in Vietnam, a captain is assigned with tracking down and killing a Green Beret colonel who has gone rogue, amassed his army, and runs illegal operations in enemy territory. The madness of the individual mirrors the madness of war, in what is truly an exhilarating watch. 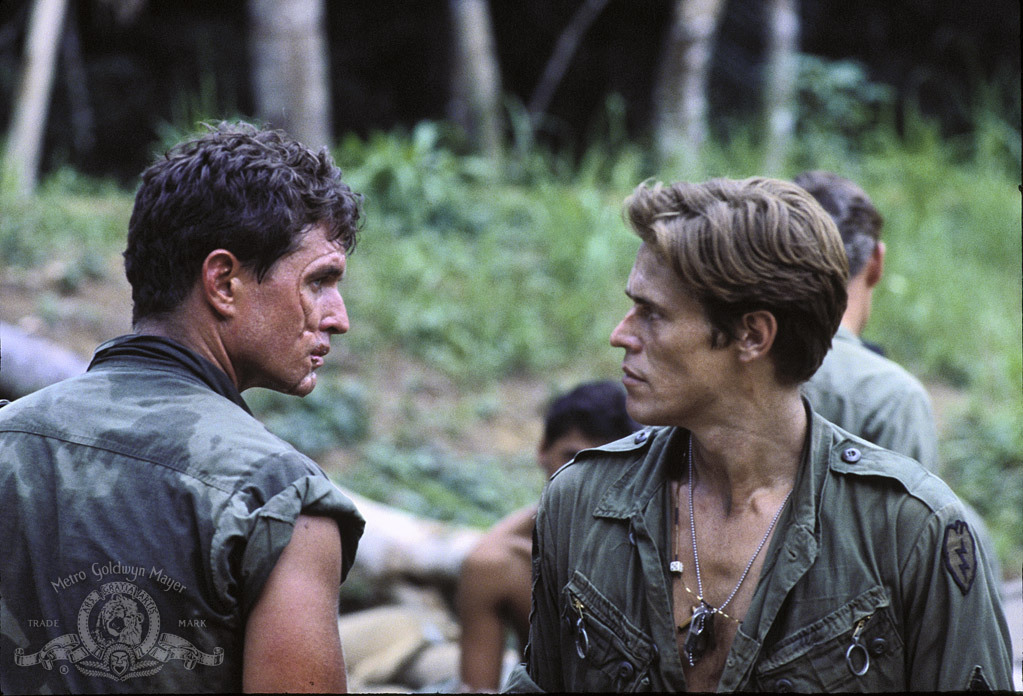 Oliver Stone is known for his films which often launch scathing critiques of the government. With the highly protested Vietnam War, Stone got the opportunity to make ‘Platoon.’ The movie traces the moral dilemma that a young and naive recruit faces when he witnesses the horrors of the war firsthand. The fantastic performances catapults this movie to new heights that help others understand what happened in the faraway part of the world, and why shockwaves were felt even in the US. 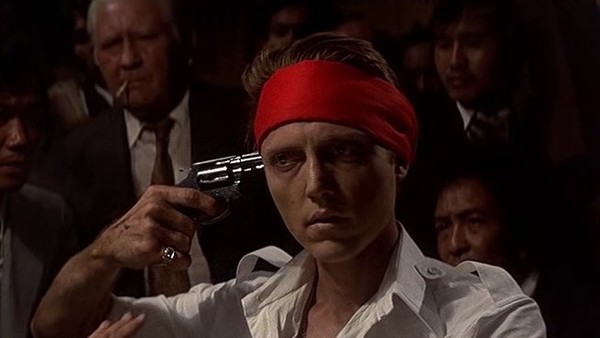 ‘The Deer Hunter’ is a touching story of how the war changes people. Often, many believe it to be a noble cause forgetting the ground realities and chaos involved in the battlefield. In this fantastic movie, a few working-class friends enlist for the Vietnam War but are taken aback by the hellish scape. By the time they return, they are no longer the same people who left, which puts their commitments and promises at risk. 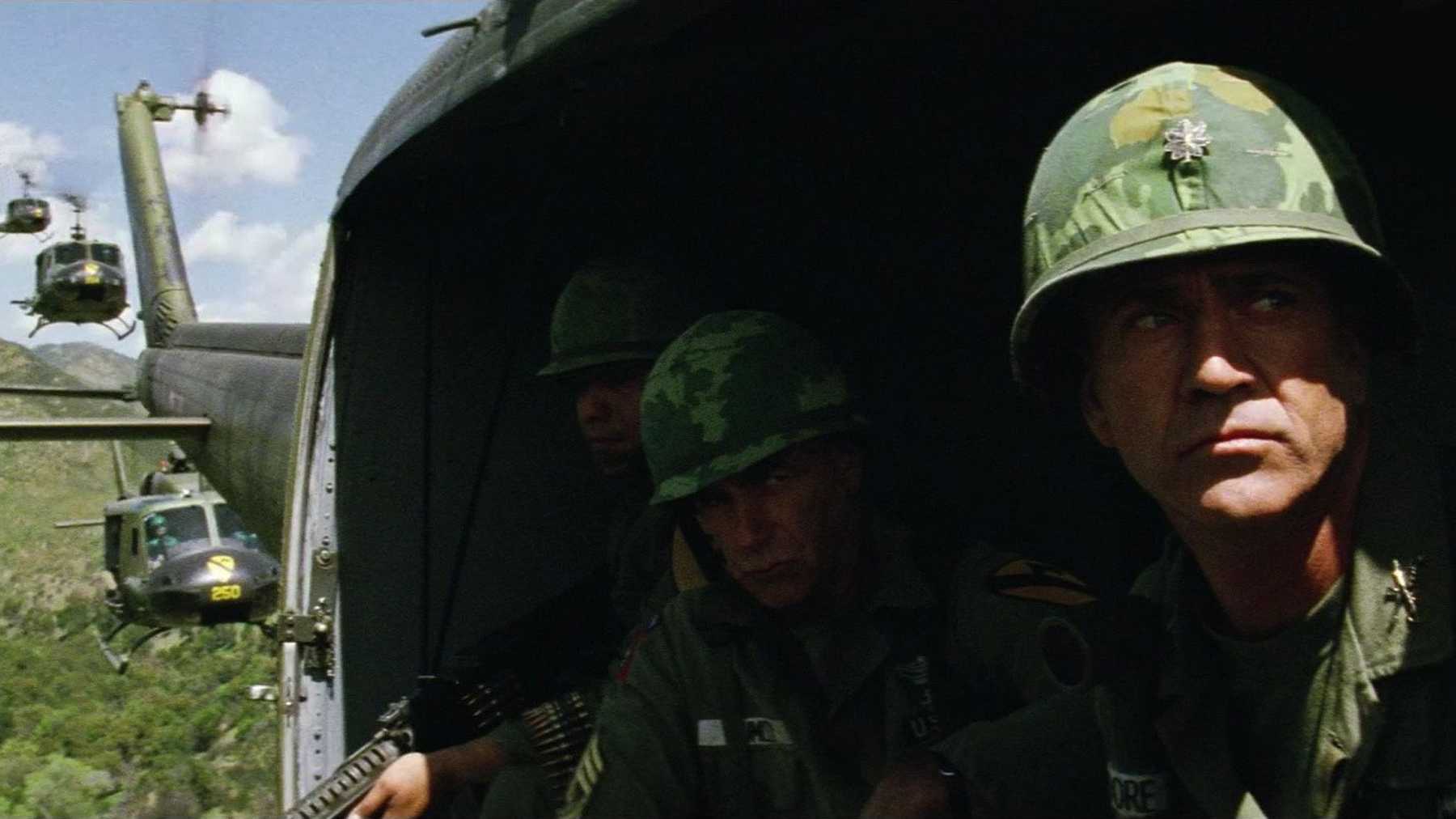 ‘We Were Soldiers’ is a touching account of the first major battle of the American phase of the Vietnam War. The tale is told from both sides who fought the battle. It is a poignant story that inspires and evokes the best of emotions, leading us to also understand the deep impact that battles have on the soldiers. 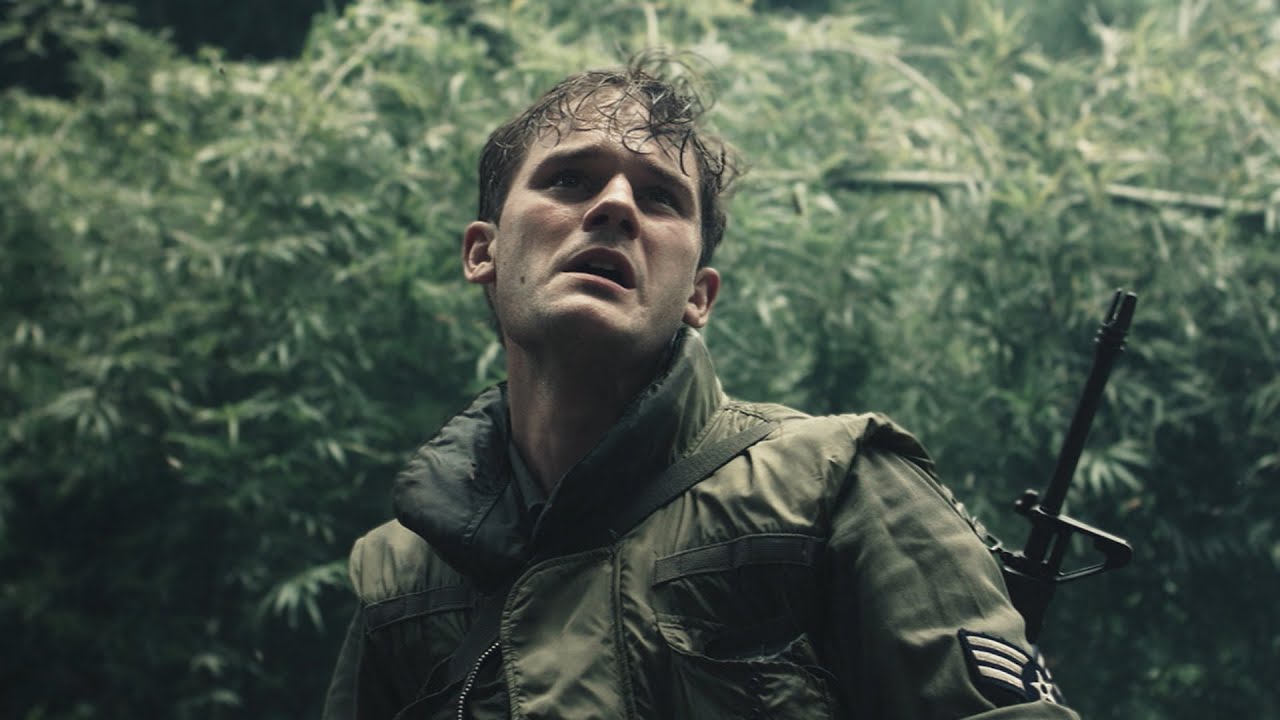 ‘The Last Full Measure‘ is based on the true story of William H. Pitsenbarger, a Vietnam War hero. It exalts the individual courage shown by men under fire. Pitsenbarger was a medic in the army who refused to fly off to safety, instead, providing support to the ground troops until he tragically lost his life. However, his efforts saved many and the movie shows a fictional conspiracy that prevented Pitsenbarger from receiving the recognition he deserved. 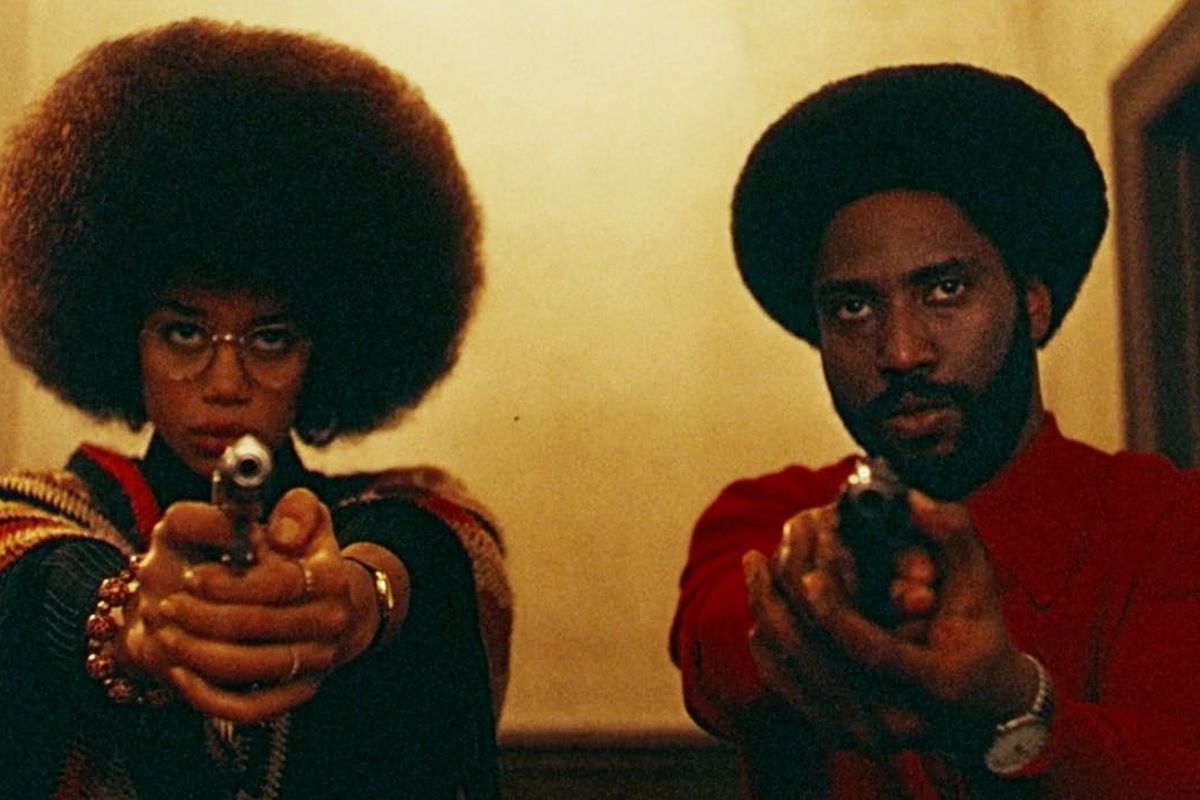 Spike Lee’s ‘BlacKkKlansman‘ might not seem like a good fit in the list. After all, what does the Colorado Springs police department’s attempts to infiltrate the local unit of the Ku Klux Klan have to do with Vietnam war vets facing moral dilemmas? Well, Lee attempts to explore racial tensions within authoritarian systems. In his 2018 movie, he shows an African American police officer and his Jewish colleague trying to infiltrate the Klan. ‘Da 5 Bloods’ is a logical step forward where Lee shifts to exploring racial dynamics within the army, after having addressed them in local law enforcement.