7 Best Movies Like Dolemite Is My Name You Must See

The representation of African-Americans, for a long time in American movies and television has been so little, and whatever representation there was, has been stereotyped so negatively that they naturally felt a massive disconnect to everything they saw around them. This led the African-American population to come up with their own movies and shows, and is the main reason behind the creation of blaxploitation cinema or hip-hop music. Now if you have any interest in blaxploitation cinema, you know what a major industry it was during the 1970s and 1980s. Among the many famous black movie characters which came about during the time, Dolemite is one which is widely remembered by the public. The character was the creation of actor-comedian Rudy Ray Moore who portrayed Dolemite in several films, especially in the cult favorite ‘Dolemite’ in 1975.

‘Dolemite Is My Name‘ looks at the life of Moore, especially concentrating on how he came up with the name Dolemite and became a movie sensation. Moore’s role is played by legendary comedian Eddie Murphy, and as always, Murphy does a fantastic job with the character, infusing him with his own disarming charm and wit. The costumes and look of the film are very reminiscent of the 1970s blaxploitation era. Moreover, the brilliant humor of the film makes it a great watch. If you have loved watching ‘Dolemite Is My Name’, here are other similar movies you might also want to check out. You can watch several of these movies like ‘Dolemite Is My Name’ on Netflix, Hulu or Amazon Prime. 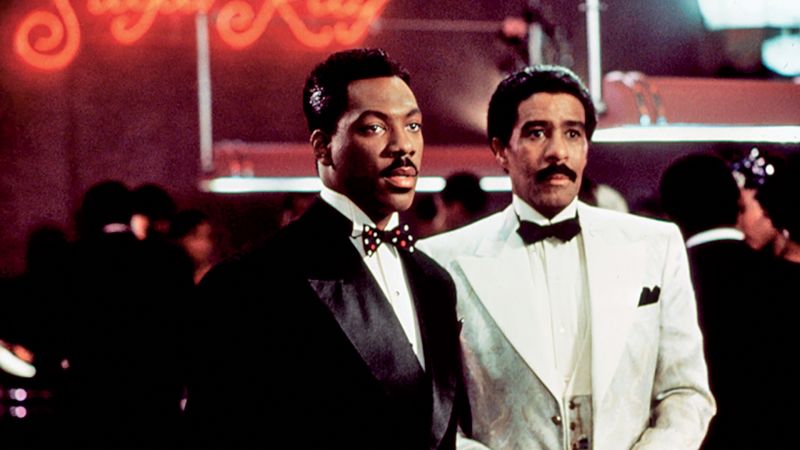 Written and directed by Eddie Murphy, this 1989 crime comedy film stars stand up comedy legend Richard Pryor alongside Murphy himself. Pryor plays the character Sugar Ray, who runs an illicit alcohol shop during the Prohibition Era along with his adopted son Quick (Murphy). Their establishment does solid business, and this draws the wrath and jealousy of mobster Bugsy Calhoune (Michael Lerner) who bribes a policeman to close down Sugar Ray’s club. The problems for the father-son duo further deepen when Quick develops romantic feelings for Calhoun’s mistress. The film managed to make a profit because of its small budget, but it received unanimously negative reviews. The main problem with ‘Harlem Nights’ is its shocking lack of comedy considering two of the greatest stand-up comics of all time are the leading actors of the film. 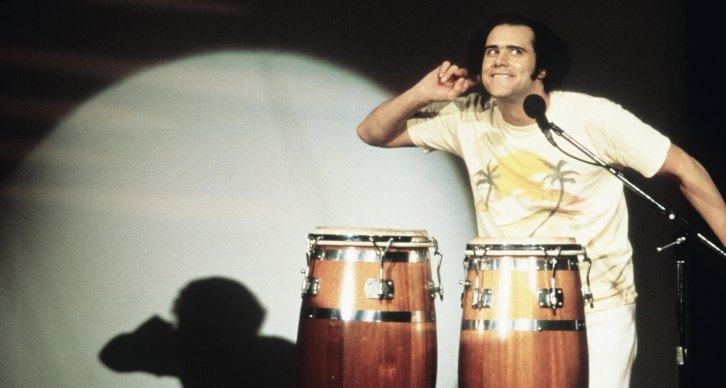 This 1999 comedy film is a biopic of the legendary American entertainer Andy Kaufman, with the great Jim Carrey playing his role. The film chronicles the numerous ups and downs in Kaufman’s life, with special concentration being on his feud with the pro-wrestler Jerry Lawler, with whom he had a massive altercation on ‘The Tonight Show Starring David Letterman’ where the two got physically aggressive with each other. However, the feud is not the main narrative of the film, as here we see Kaufman’s entire journey in detail. It begins with his performance as an Elvis impersonator, then proceeds to show how he got recognized by Ben Shapiro and ended up being the star of the TV series ‘Taxi’. Directed by the acclaimed filmmaker Milos Forman, the film also stars  Danny DeVito, Courtney Love, and Paul Giamatti beside Carrey himself. The script is ridden with cliches we usually see in biopics, but the film’s best aspect is, of course, the performance of Carrey, who portrays Kaufman to near perfection. 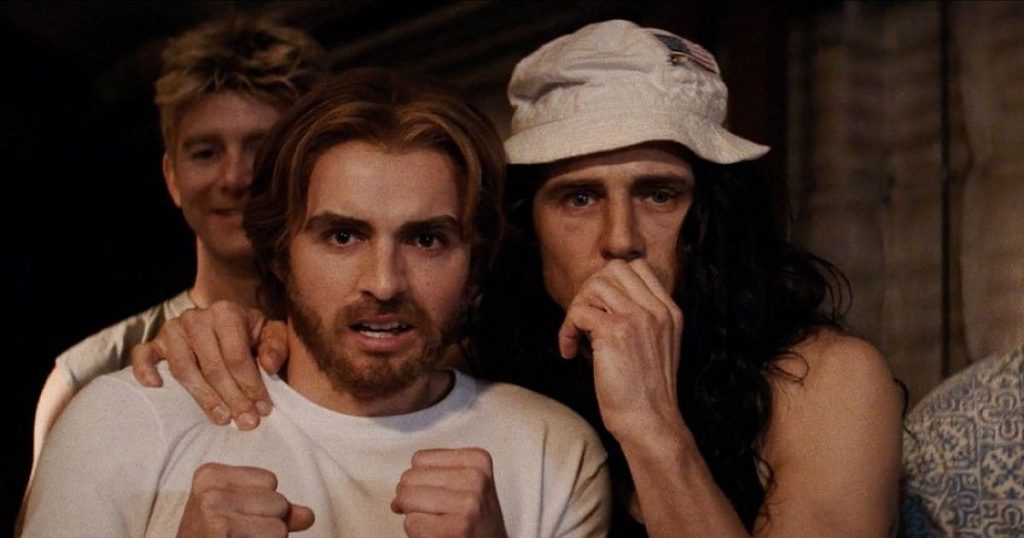 If you have ever read a list of some of the worst films of all time, chances are that you have come across the film ‘The Room‘ at least once. This 2003 romantic drama is written, directed, produced by, and stars Tommy Wiseau. The film has developed a cult following just because of its infamy as one of the worst pictures ever made. The 2017 film ‘The Disaster Artist‘ focuses on how Wiseau came to Hollywood along with his friend actor Greg Sestero and ended up making the film. James Franco plays the character of Wiseau, with his brother Dave playing Sastero. The main similarity between ‘The Room’ and the ‘The Disaster Artist’ is that in both cases, the leading actor of the film is also its producer and director. The film boasts of one of the best performances of Franco, where he has portrayed Wiseau with all physical nuances. The writing is also profoundly beautiful, and goes into the innermost details of the process of making a film. 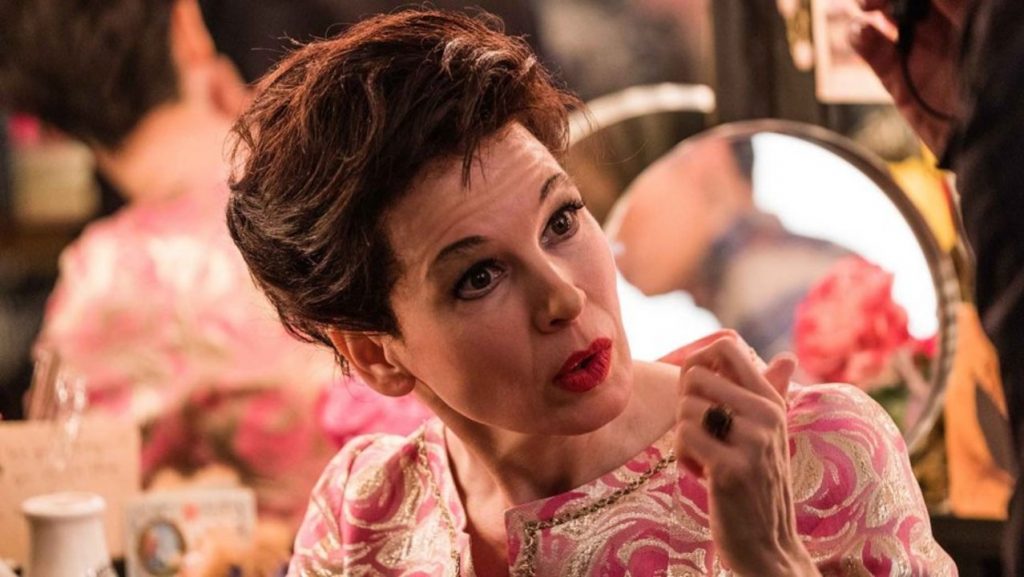 Legendary American actress Judy Garland is known all over the world for her role in the film ‘The Wizard Of Oz’. This 2019 film, however, portrays her life away from the camera and in the world of live performances where she was also an outstanding singer, dancer, and vaudevillian. Directed by Rupert Goold, the film stars Renée Zellweger as the eponymous star. The film mainly follows her when she came to London around 30 years after ‘The Wizard Of Oz’ to perform at a series of shows at the Talk of the Town nightclub. During her time in London, we see Garland talking about the time when she was one of the leading ladies of Hollywood’s Golden Age. In London, she also meets her fifth husband musician Mickey Deans. Zellweger received widespread critical acclaim for her performance. Credit must also be given to the writing which also delves into Garland’s troubled childhood and shows us the effect it had on the artist in the later stages of her life. 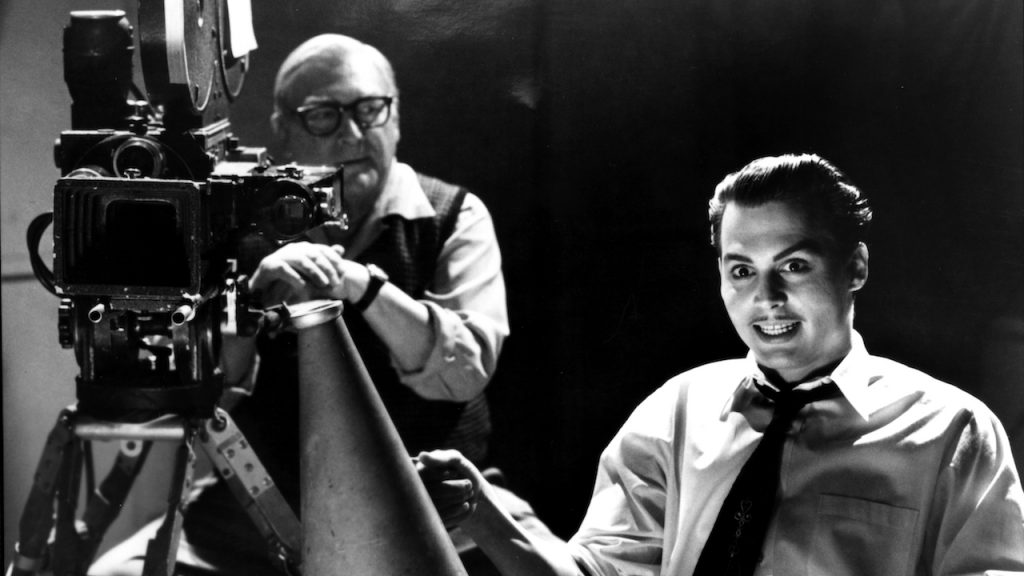 Whenever the topic of some of the worst filmmakers of all time comes up, there is one name which appears every single time- that of the American director Ed Wood. The film looks at Wood’s career as a man famous for making some of the most bizarre films of the 1950s, which were made on a low budget and usually played in smaller theatres. What director Tim Burton does here with Wood’s life is quite appreciable. He never mocks the man or his thoroughly bad moviemaking skills. Instead, he looks at the man in his entirety. Burton’s film praises the passion which Wood had for filmmaking despite his films being universally panned by critics. ‘Ed Wood’ also boasts of one of the best performances of Johnny Depp, and established him as one of the finest actors of his generation. 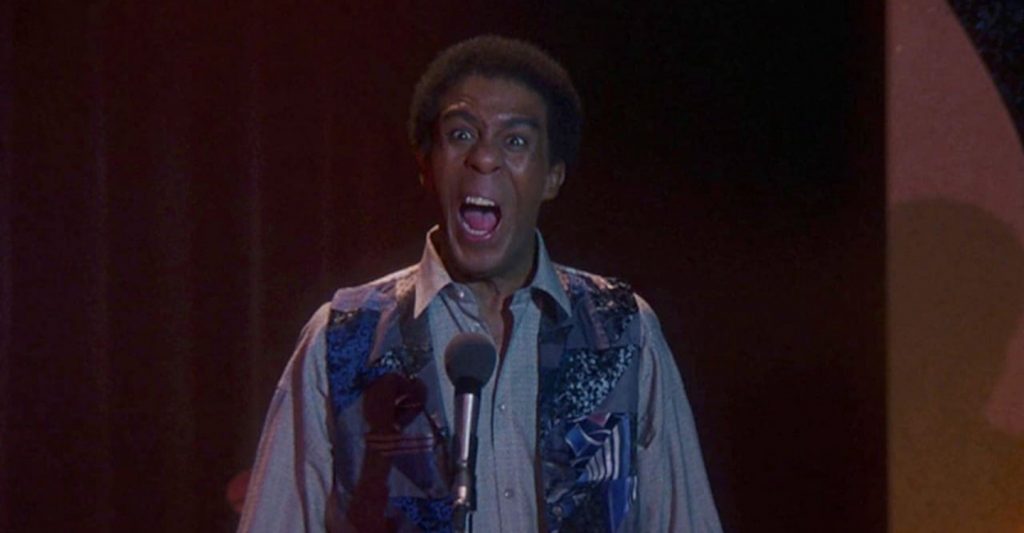 Widely considered one of the greatest stand-up comedians of all time, Richard Pryor is an institution unto himself. The comedian brilliantly captures parts of his own life in this semi-autobiographical film which is produced, written and directed by, and stars the man himself. In the film, Pryor plays a character called Jo Jo Dancer, who though successful, is not at all happy in his life. After he gets admitted to a hospital because of a drug-related injury, Jo Jo looks back upon his life, and it is during his reminiscence that we also get a glimpse into Pryor’s life, how he became famous, and all the challenges that he had to face after coming in the public eye. The film is impressive considering the fact that it is Pryor first and only attempt at direction. 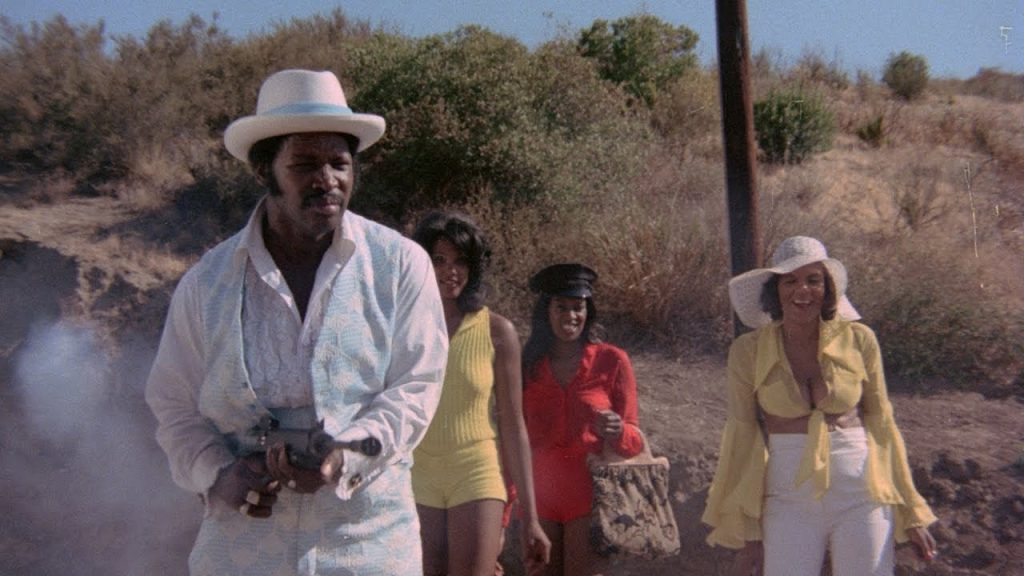 You knew this was coming. When we talk about films like ‘Dolemite Is My Name’, how can we skip the film which gave us the black American hero in the first place? Rudy Ray Moore became an icon after this film where he portrays the eponymous character, who is a pimp who comes out of prison after serving a 20-year term. However, Dolemite has been in prison not because of any fault of his own, but because he was set up by the leader of his rival gang, Green. Now that he is out of prison, Dolemite is determined to get his revenge. The film comes with the usual trappings of blaxploitation cinema, with there being poor production values and picture quality. However, if you get past all this, ‘Dolemite’ is a thoroughly entertaining flick that remains a classic to this very day.