10 Movies You Must Watch if You Love ‘Ex Machina’

In 2015, very famous English novelist Alex Garland made his directorial debut with this cool looking sci-fi psychological thriller film ‘Ex Machina’. The plot deals with Caleb Smith (Domhnall Gleeson), a 26-year-old programmer who while working at the world’s largest internet company wins a code writing competition and as a result is invited to spend a week at the private mountain estate of the company’s reclusive CEO Nathan Bateman (Oscar Isaac). There, he gets to be part of a truly groundbreaking experiment in the world of artificial intelligence by administering the Turing Test to the world’s first intelligent humanoid robot named “Ava” (Alicia Vikander). Little does he know that Ava is capable of displaying far more emotional intelligence and that she proves to be more deceptive than both Caleb and Nathan imagined her to be.

While we’ve seen plenty of movies dealing with artificial intelligence before, what makes this movie so memorable is that it’s a very smart, sleek, stylish movie with themes of a cerebral psycho-techno thriller and that it has a lot of unexpected plot twists that arrive out of nowhere.  Although it’s a very fascinating and highly allegorical movie, it mainly deals about manipulation and power. This is not for those people who are expecting to see some spectacular CGI exposition or some action scenes explosions. Rather this film is very thought-provoking whose ending will keep you pondering for hours. The acting is good most notably for the performances of both Alicia Vikander and Oscar Isaac. Overall, this movie is a visually striking experience and is a classic definition of an original, science fiction film. Don’t call yourself a sci-fi lover if you haven’t seen this one.

Anyways, there are a lot of movies out there with themes quite similar to that of Ex Machina. While most of these movies have themes of Artificial Intelligence incorporated in them, some of all them also deal with dystopian post-apocalyptic worlds, space exploration, elements of horror, high-octane sci-fi action etc. We have tried to come up with a list of films similar to Ex Machina that are our recommendations. If you are interested, you might be able to stream some of these movies like Ex Machina on Netflix or Amazon Prime or even Hulu. 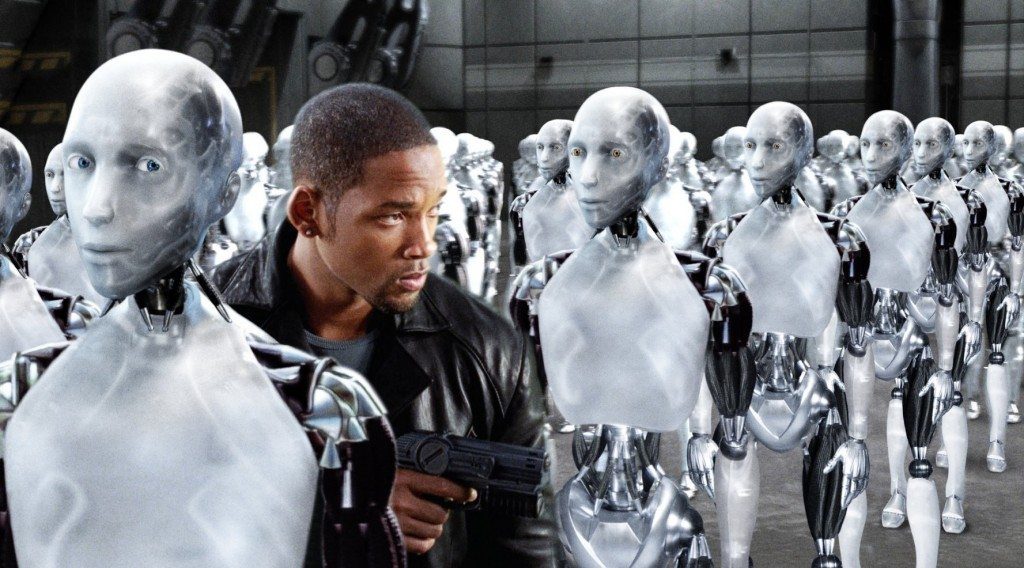 Based on the short story of the same name by the very popular science fiction writer Isaac Asimov, this movie takes place in 2035 where Detective Del Spooner (Will Smith) who has a strong dislike for robots is tasked with investigating a crime and suspects that it was perpetrated by a very unusual robot whose actions could lead to uncovering a large secret that could possibly threaten the existence for humanity. While this is a very entertaining movie which builds up the suspense and also raises a question regarding the humans’ over reliance on very advanced technology, its predictable ending is a bit of a let down. Still, it depicts the use of robots very well followed by some great visual effects and some good acting by Will Smith. Overall, it is a fun techno cop thriller indeed. 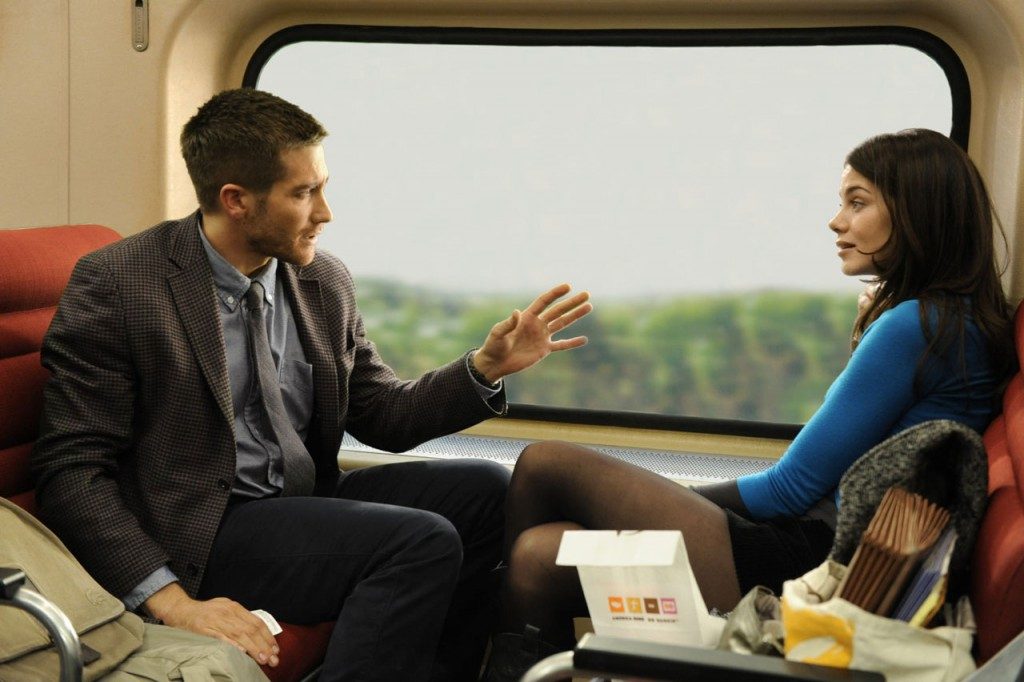 A decorated US Army Captain (Jake Gyllenhaal) wakes up finding his consciousness being transferred to another body. He discovers that he’s a part of an experimental government program called Source Code where he is tasked with the mission to stop a bomber from exploding a commuter train and that he has only eight minutes to complete. Only here the catch is that that program enables him to cross over into another man’s identity in the last eight minutes of his life as a result of which he re-lives the same incident over and over again so that he uncovers clues and solve the mystery regarding the bomber and prevent any further attacks. This is not a cliched mediocre action blockbuster but rather an intellectual, satisfying sci-fi thriller which is worth remembering. With unpredictable twists which are mind-boggling followed by some well-developed characters and some good acting, Source Code is a very good entertaining sci-fi movie. 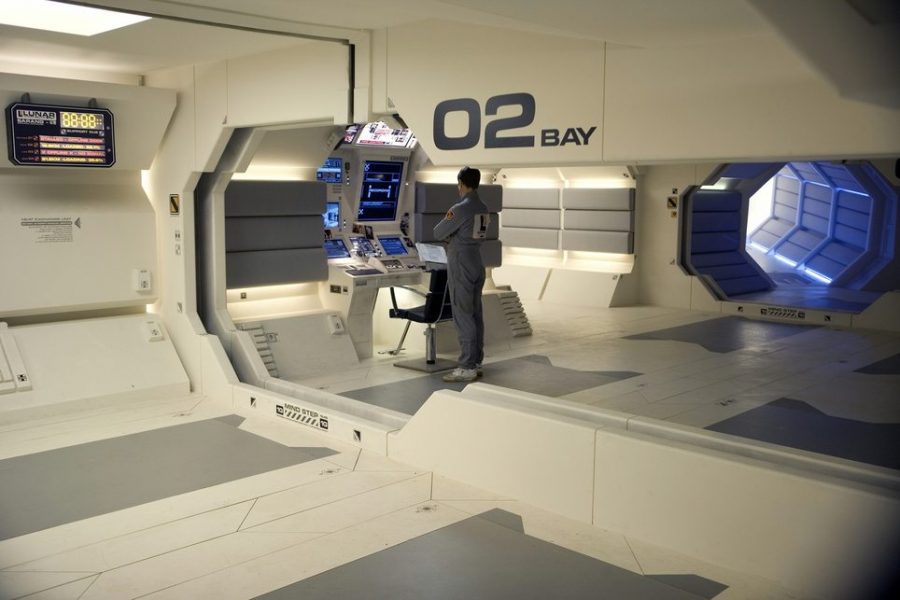 An astronaut miner Sam Bell (Sam Rockwell) assigned to extracting helium-3 which promises to solve the Earth’s energy crisis, is nearing his three-year contract with lunar Industries where he is working on the far side of the Moon in complete isolation with no radio contact with Earth except with an intelligent computer called “GERTY” as his only companion. With only two weeks to go, Sam  having stayed on Moon for so long begins to experience hallucinations and yearns to come back to Earth to be with his young family. Later, a routine extraction goes horribly wrong and Sam realises that the Lunar Company hasn’t  been completely honest with him. Without spoiling a lot of its plot, it’s suffice to say that this film is a very riveting, though provoking science fiction film. Directed by Duncan Jones (fun fact: he’s the son of the late legendary musician David Bowie) gives the movie audiences a film with ‘2001: A Space Odyssey’ vibes. Sam Rockwell delivers a terrific performance followed by Kevin Spacey’s terrific voice work as “GERTY”. A very underrated sci-fi film indeed. 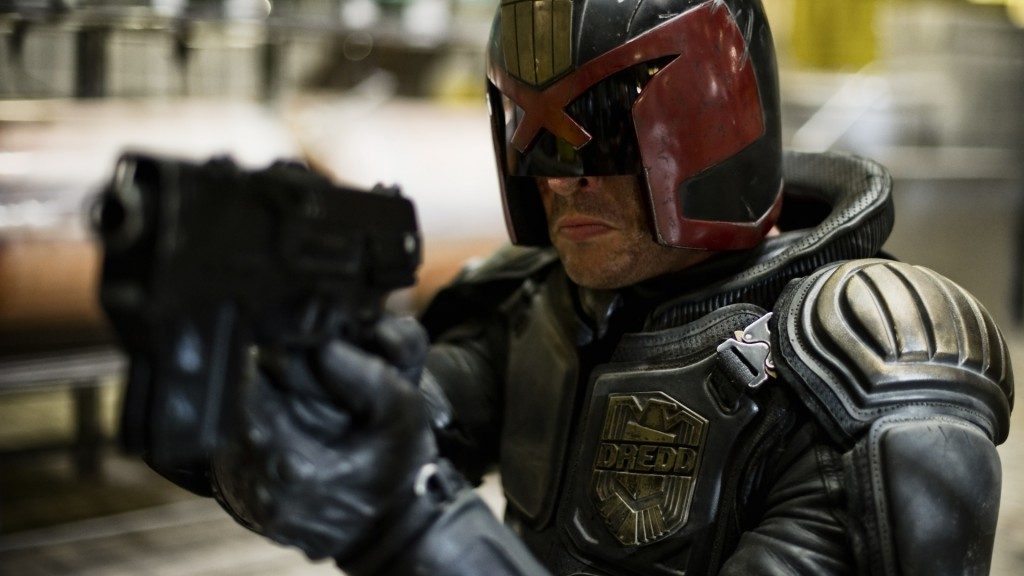 Based on the 2000 AD comic strip ‘Judge Dredd’ ad written and produced by Alex Garland, this film takes place in a futuristic dystopian world- a violent Mega City where criminals rule this chaotic world. Dredd (Karl Urban) is an urban cop who is given the authority to be a judge, jury and executioner and he is tasked with bringing down a gang who is dealing with a drug epidemic called “SLO-MO” – a reality altering drug.The film does have a lot of gory bloody violence but its plus points is that it boasts of amazing visual effects, breathtaking slow motion sequences, brilliantly choreographed action scenes and Karl Urban delivers an extremely faithful portrayal of the character. Overall, this is an efficient, entertaining sci-fi action film with lots of memorable moments and one liners. 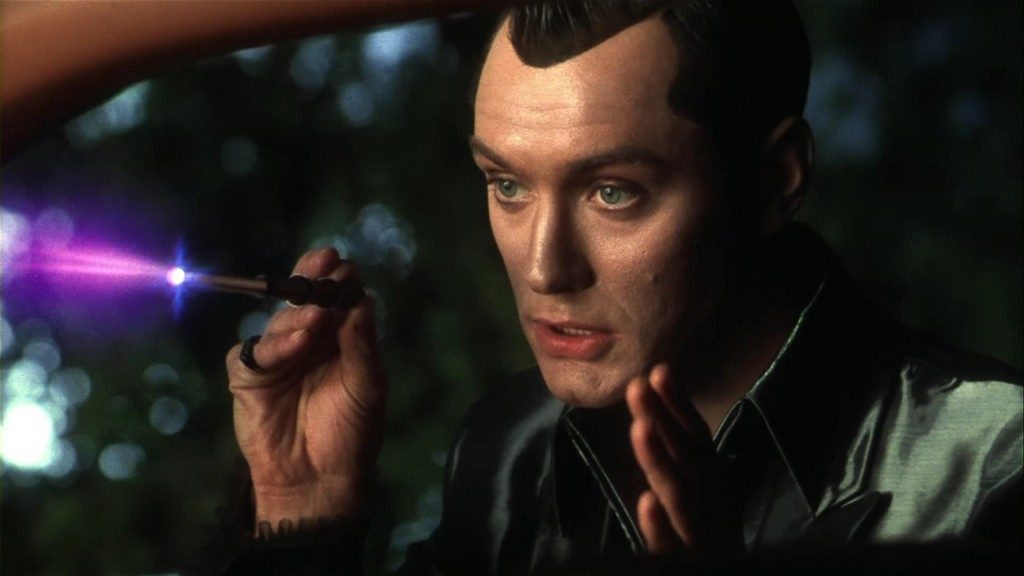 Directed by Steven Spielberg, this film takes place in a futuristic post-climate change society where David (Haley Joel Osment), a highly advanced robotic kid capable of displaying human emotions who yearns to become “real” and regain the love of his human mother  after being abandoned by his adoptive parents. A movie which is modelled on the Pinocchio story, raises some interesting and unsettling moral dilemmas like can a parent love a child knowing that the child isn’t real? This film forces us to ponder where we’ve been and where we might be going. This film definitely carries the Kubrick-esque vibes and features an extraordinary performance by child actor Haley Joel Osment. Do watch this one! 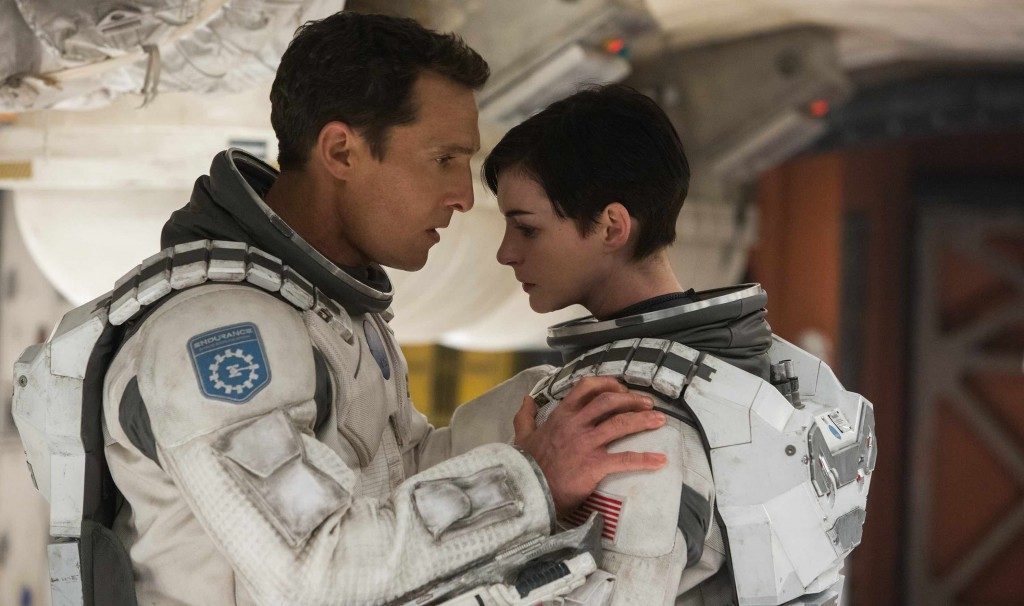 Ah yes, this list had to include a Christopher Nolan film! Set in a dystopian future where Earth is being plagued with problems like famine and droughts, Cooper (Matthew McConaughey), a NASA Engineer and Pilot turned-Farmer is given an opportunity to save humanity by teaming with other astronauts and travel through a newly-discovered wormhole in space so as to search for a habitable planet capable of sustaining human life. But this mission comes with a sacrifice: abandoning his children for the greater good of humanity.  The uniqueness of this film lies in incorporating the topics of interstellar travel and the wonders of physics in space which not much of the general audience is aware of. It features some brilliant cinematography, emotionally powerful gut-wrenching scenes, a wonderful musical score by the legendary Hans Zimmer, amazing visual effects and some terrific acting by the likes of Matthew McConaughey, Anne Hathaway, Jessica Chastain and Sir Michael Caine. A highly ambitious film indeed. 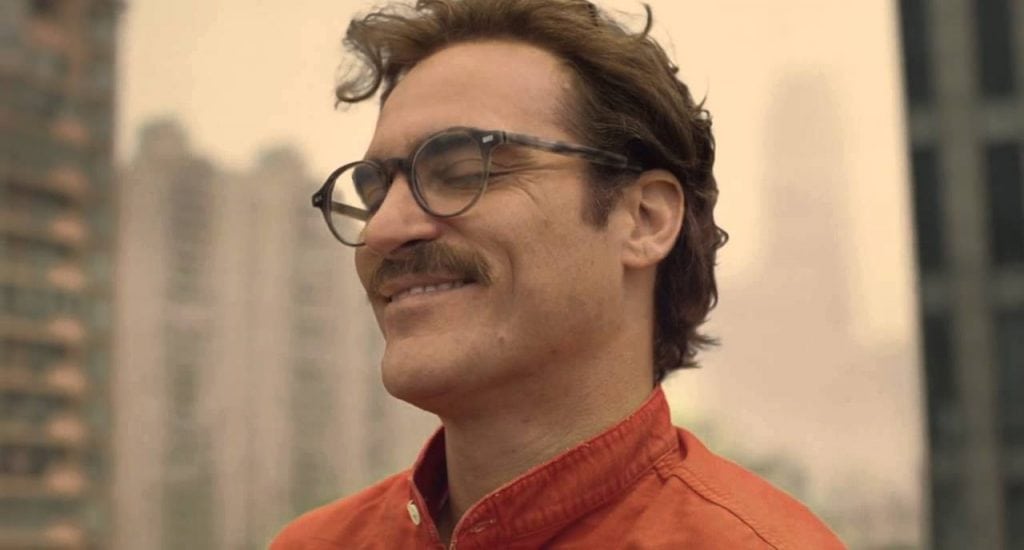 This is no doubt one of Spike Jonze’s best works. Set in the near future, a lonely depressed writer Theodore Twombly (Joaquin Phoenix) who is in the final stage of his divorce, develops an unlikely romantic relationship with his newly purchased highly advanced operating system, voiced by Scarlett Johansson. Now before you judge this film for being excessively creepy, this movie does the exact opposite: it makes you fall in love with the protagonist’s sweet and soulful relationship with his operating system. What makes this film such a beautiful and heartfelt story is due to Jonze’s great writing and direction, Hoyte Van Hoytema’s breathtaking cinematography and some stellar performances by Joaquin Phoenix and the sweet and sultry voice. of Scarlett Johansson. Do not miss this! 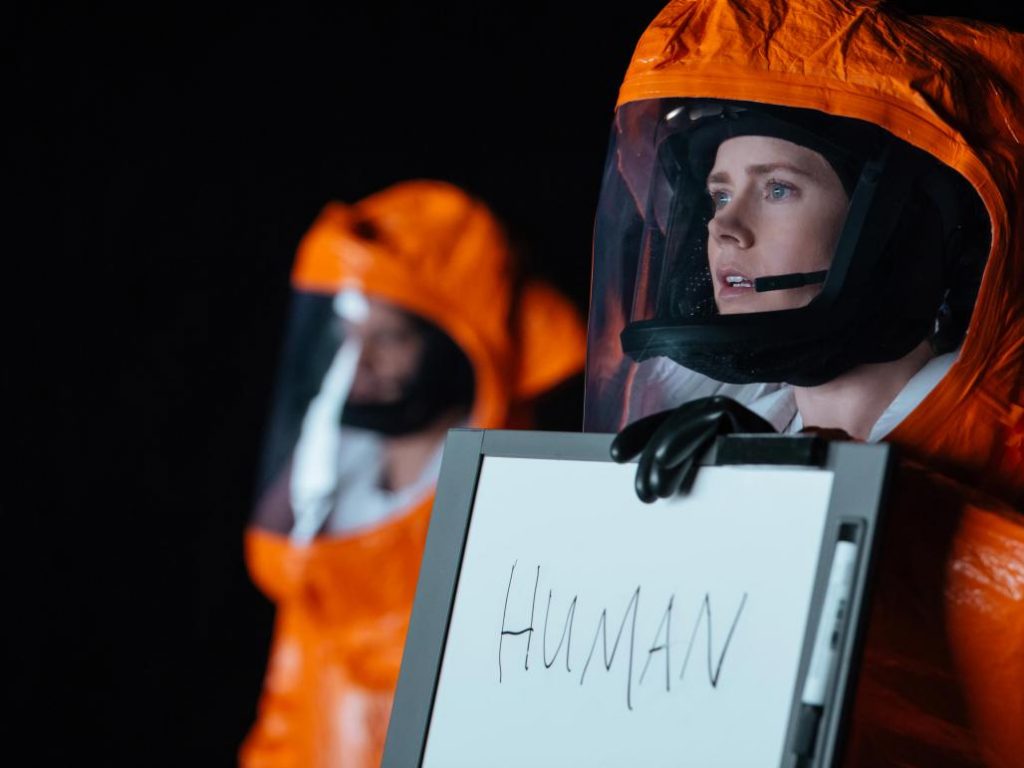 Based on Ted Chiang’s short story, this movie revolves around linguist Louise Banks (Amy Adams) who is recruited by the US Army to communicate and understand the two alien life forms’ purpose for visiting Earth after 12 mysterious spacecrafts arrive out of nowhere, landing around the world and thereby spreading mass hysteria and confusion. Mind you, this is not your typical alien-invasion movie. Rather, this film offers a unique perspective on the languages which we human beings and extraterrestrial intelligence communicate, how time is perceived by different beings and also shows us the true repercussions of how a visit from such mysterious beings affects the entire world. It is an original, thought-provoking movie whose story will challenge your perceptions about our humanity. Watch this for Denis Villeneuve’s amazing direction, Amy Adams’ superb acting, and a fine musical background score.

You thought Ex Machina was mind-blowing? Wait till you watch this one! Directed once again by Alex Garland, this movie is about a biologist Lena (Natalie Portman) whose military husband is mysteriously ill after he ventured into a mysterious, environmental disaster zone called “The Shimmer” where landscapes mutate and creatures transform. She then signs up for this dangerous and unpredictable mission with a group of female military scientists in order to find what exactly happened to her husband but discovers something completely unexpected. Without revealing anything much, it’s suffice to say that this dark yet beautiful movie will keep you pondering for hours after watching the film about why humans have a tendency to self-destruct. It addresses the subjects of biology and refracting evolution. Also, this film is not for the fainthearted as it features a very chilling and disturbing sequence which is enough to send a shudder down your spine. Overall, this movie will truly blow your mind!

Over the years, Ridley Scott’s neo-noir sci-fi film ‘Blade Runner’ (1982) has garnered a cult status among many avid science fiction lovers. 35 years later after that film’s release, it’s very anticipated sequel finally hit theatres in 2017. This film picks up 30 years later following the events of the first film where a young Blade Runner K (Ryan Gosling) uncovers a long-buried secret that has the potential to plunge this dystopian world into chaos and trigger a war between the humans and biologically engineered ‘replicants’. His discovery leads him on a quest to find Rick Deckard (Harrison Ford), a former Blade Runner who’s been missing for thirty years. What this film accomplishes is that it doesn’t try to establish a chain of blade runner sequels but instead, it tells a very original and compelling story which stays faithful original film. It boasts of some terrific direction by Denis Villeneuve, groundbreaking cinematography by the legendary Roger Deakins ,a well-written screenplay, superb visual effects and production design, a great background score by Zimmer and Benjamin Wallfisch and some terrific acting by Gosling and Ford. Easily the best film of 2017. Period.