10 Movies You Must Watch If You Love Hotel Mumbai 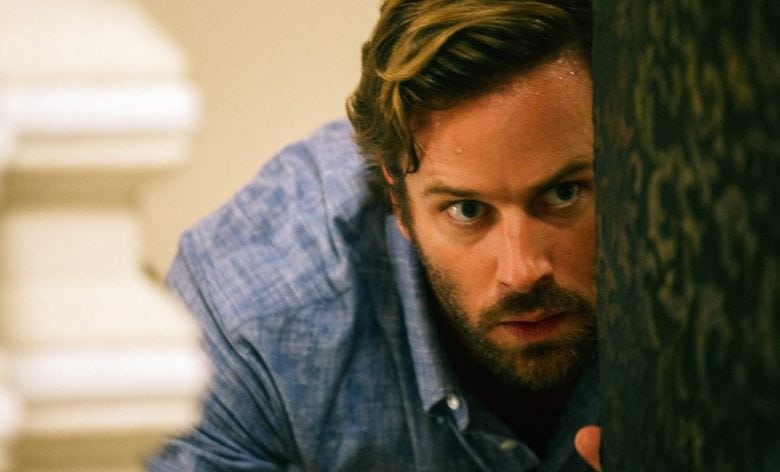 Hotel Mumbai, a thriller drama, is an adaptation of the documentary Surviving Mumbai, which chronicles the events of the 2008 Mumbai Attacks at India’s Taj Mahal Palace Hotel. Starring Dev Patel, Armie Hammer, Nazanin Boniadi, Anupam Kher, Tilda Cobham-Hervey, Jason Isaacs, Suhail Nayyar, and Natasha Liu Bordizzo, it is a ghastly, devastating re-enactment of real-life terrorist attacks. The plot mainly revolves around the victims and survivors, who were trapped within the walls of the hotel during those perilous hours. The film is directed by Anthony Maras and has been written by John Collee and Maras.

After the Taj Hotel is under siege by a group of terrorists,  dedicated chef Hemant Oberoi and a waiter display immense bravery and heroism while putting their own lives in danger to protect their guests.

Now, the world of entertainment is not new to movies based on on-screen realism and re-creations of infamous incidents. Weirdly and sadly, most of these anti-national attempts are also successful. And we, as responsible citizens, need to know what went through the minds of people who were actually a part of such horror. Hence, today, let’s browse through some similar titles that resemble the plot or theme of ‘Hotel Mumbai’. Some of these themes are about hostages while others include war rebellions, assassinations of terrorists, and secret missions mentioned in history. Although there are innumerable titles in this category, we have tried to bring you the best from the genre. With that said, here’s the list of movies similar to Hotel Mumbai that are our recommendations. You can watch several of these movies like Hotel Mumbai on Netflix, Hulu or Amazon Prime. 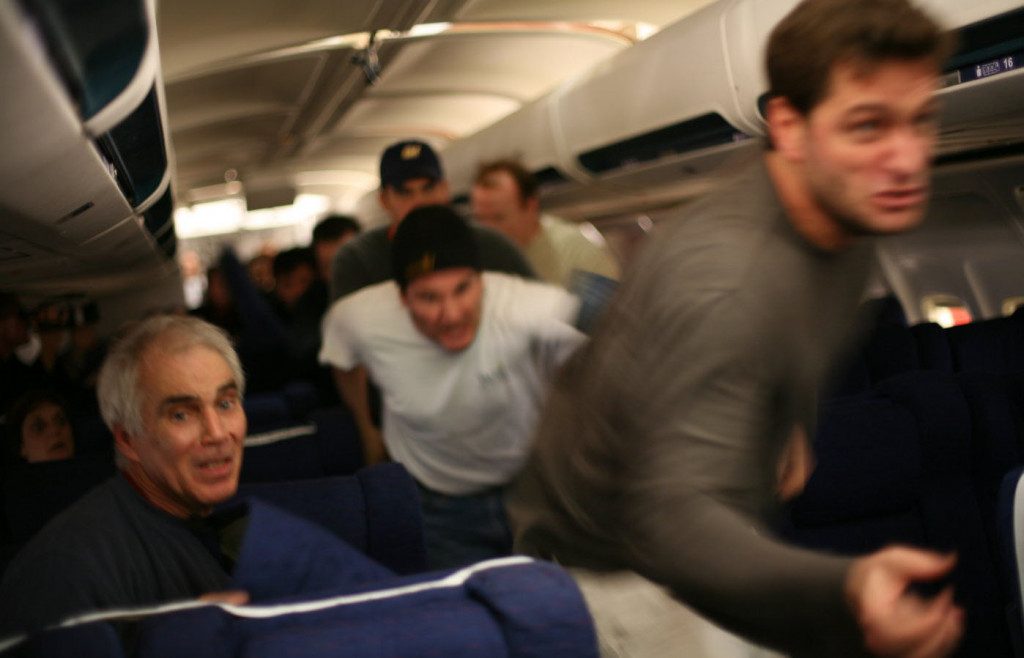 A biographical drama, ‘United 93’ is a thriller movie, directed by Paul Greengrass. The plot is mainly centered around the events aboard the United Airlines Flight 93 after its hijack during the 9/11 Attacks. The film tries to capture, as accurately as possible, the incidents that took place on the flight during those critical moments. Released on April 28, 2006, this movie received immense critical acclaim and was also nominated for two Academy Awards. 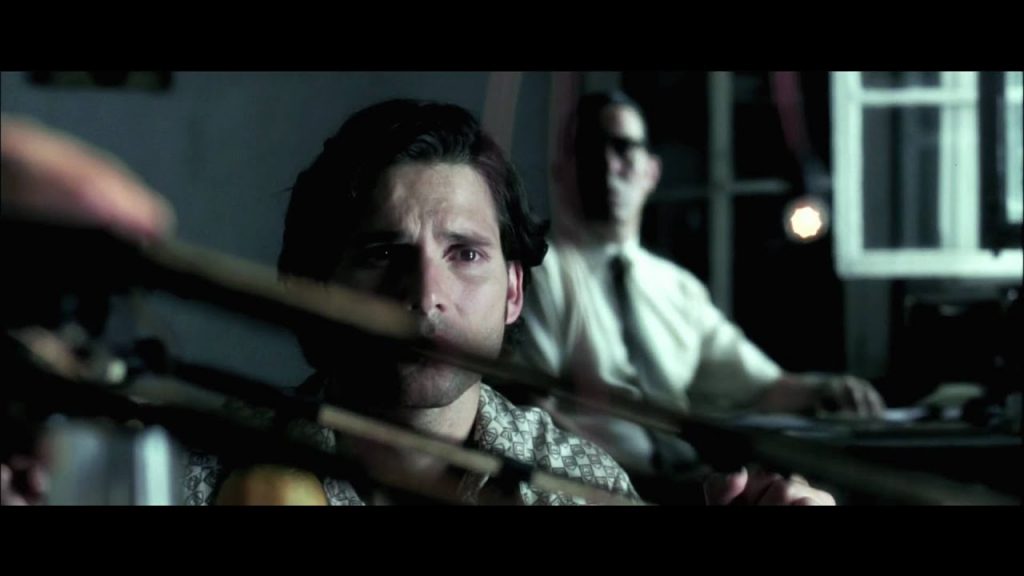 ‘Munich’, directed by Steven Spielberg, is adapted from the book Vengeance, which documents the secret rebellion of the Israeli government, namely Operation Wrath of God, against the Palestine Liberation Organization — following the Munich massacre at the 1972 Summer Olympics. This historical drama was the recipient of five Academy Awards nominations and was also crowned the 16th “Best Film of the 21st Century So Far” by The New York Times.

The plot of this acclaimed movie goes somewhat like this. During the 1972 Olympics at Munich, Black September (a terrorist group from Israel) kills eleven Israeli team members. In retaliation, Israel deploys Mossad agent Avner Kaufman to find and kill all the Palestinian terrorists involved in the massacre. Under Avner’s leadership, his team of four Jewish volunteers finds and kills the assailants who are hiding in different corners of the world — including Rome, Paris, Cyprus, and Beirut. Fast-paced and extremely graphic, this movie is a must-watch for any classic movie fan. 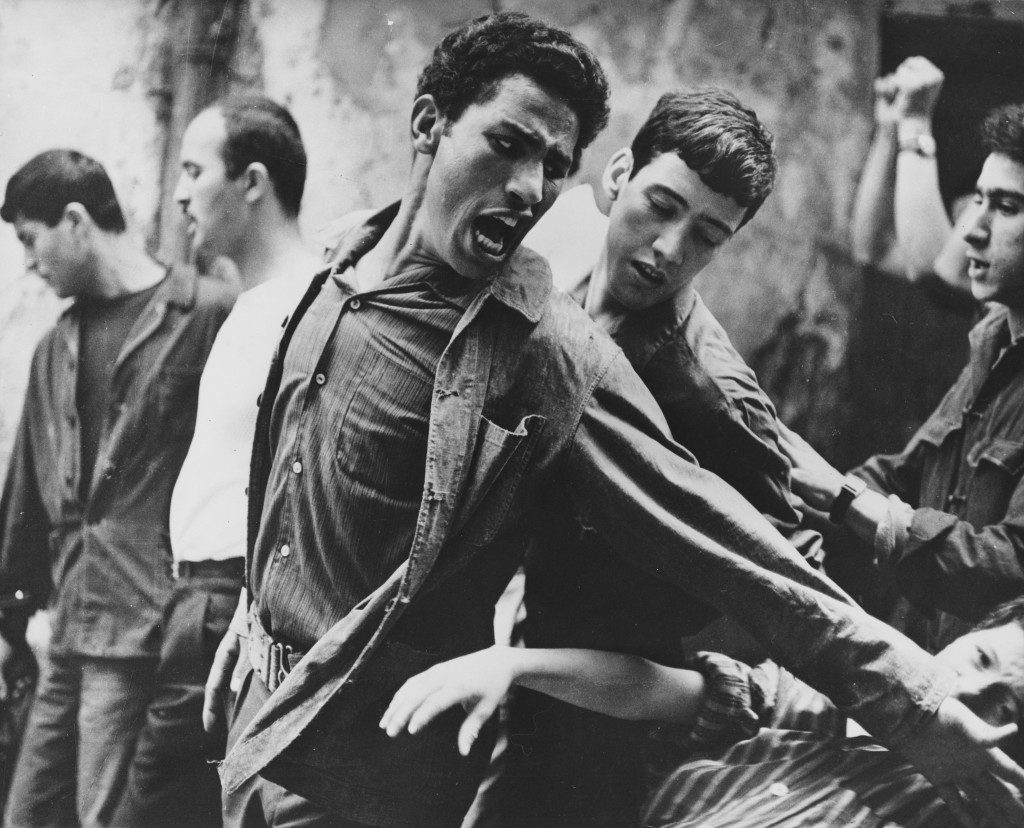 Another vintage classic, ‘The Battle of Algiers’ is an Italian–Algerian historical war drama, released in 1966. It chronicles the actions of the rebels during the 1954-62 Algerian War (1954–62) when they waged a revolution against the French government in North Africa — with the Battle of Algiers being the most notable event.  This black and white movie is a masterpiece in the genre of Italian neorealist cinema, which uses newsreel style, documentary-type editing, and historical authenticity in each of its scenes. 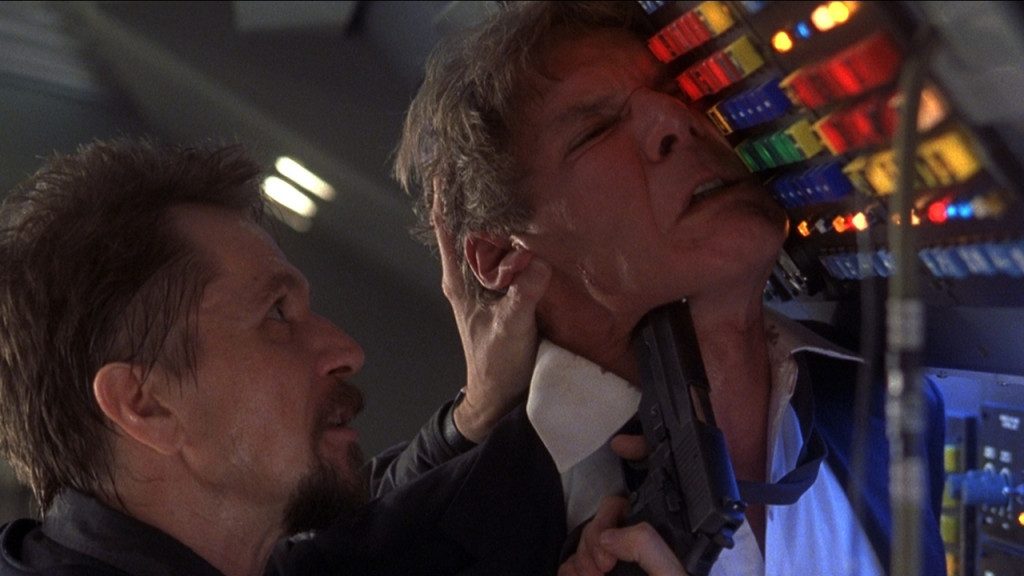 One of the most popular movies from the 90s, ‘Air Force One’ is a 1997 American political action-thriller film, the revolves around the hijack of Air Force One and the events inside the flight. It also documents the actions of the U.S. president while he tries to rescue everyone on board.

Here is a brief overview of the plot. When the US President arrives in Moscow, he gives a speech which declares that America shall follow the new “Zero-tolerance” policy against terrorism. However, on his flight back to his country, the plane is hijacked by terrorists, thereby taking him, his wife, and daughter as hostages. The offenders vow to kill one hostage at a time unless their demands are met. But they are ignorant of the fact that the President is a former Medal of Honor winner. So, maybe, things might not go as planned. 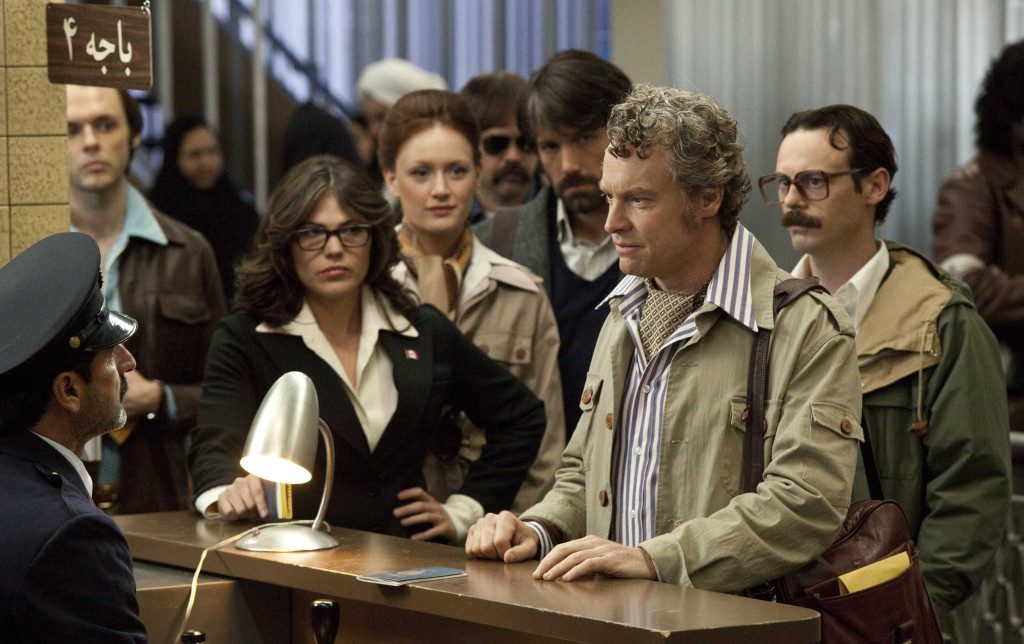 Argo is a historical drama movie that comes from director Ben Affleck. It is based on the book The Master of Disguise, written by Tony Mendez from the U.S. Central Intelligence Agency, and the 2007 article on Wired, written by Joshuah Bearman, titled: “The Great Escape: How the CIA Used a Fake Sci-Fi Flick to Rescue Americans from Tehran”. The plot mainly elaborates on how Mendez and his team posed as sci-fi filmmakers and rescued six U.S. diplomats from war-torn Iran. This happened during the 1979–1981 Iran hostage crisis.

Released in 2012, Argo was widely accepted by both the audiences and critics. It got seven nominations at the 85th Academy Awards and won three of them. Apart from this, the film also received several other coveted awards, mainly for its spectacular script and performances. 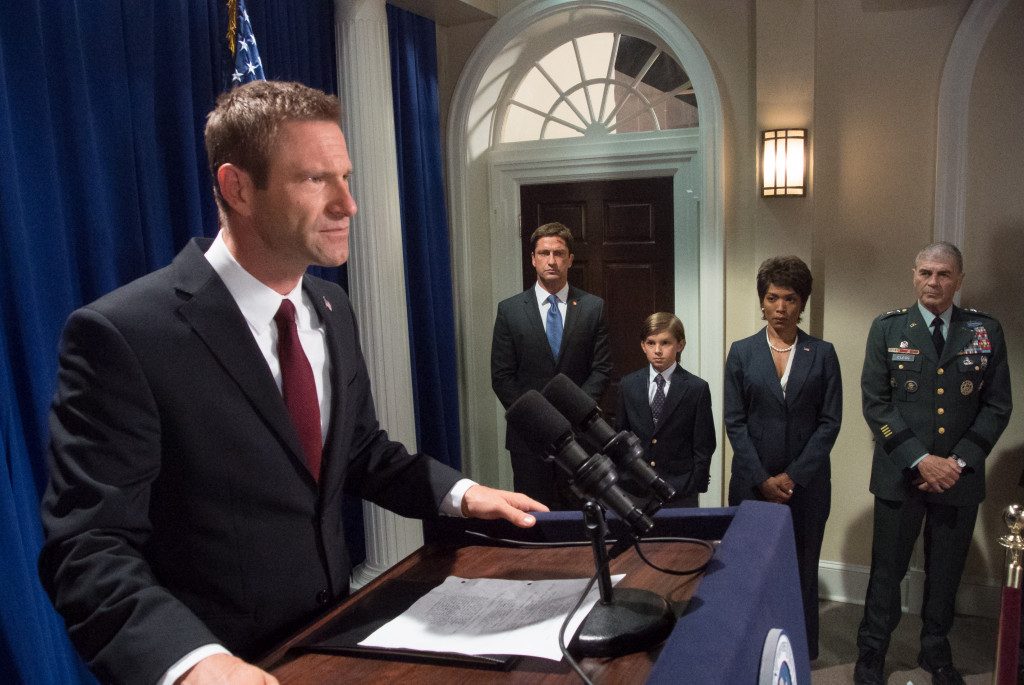 ‘Olympus Has Fallen’, an American action thriller film, comes from director Antoine Fuqua and writers Creighton Rothenberger and Katrin Benedikt. The film chronicles a guerrilla attack on the White House, led by North Korea. When the president is held hostage, the movie highlights the efforts of Secret Service agent Mike Banning as he attempts to rescue him. Released on March 22, 2013, the film was noted for its direction and performance. The main plot deals with a terrorist attack on the White House, which was also the subject of ‘White House Down’.

When the White House (referred as “Olympus” by Secret Service Code) is swarmed by terrorists and the President is held hostage and abducted, Banning (with a previously ruined reputation) finds himself trapped within the building walls. Now, when rescue forces arrive, they have to trust Banning on his inside knowledge in order to retake the White House, rescue the President and prevent a huge disaster. 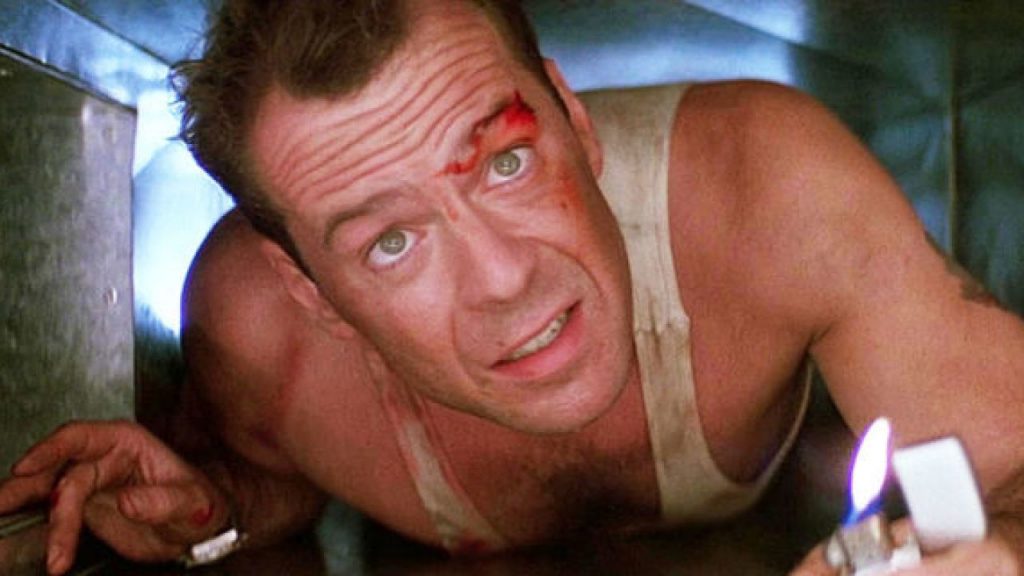 ‘Die Hard’ is another classic action thriller which was released in 1988. Directed by John McTiernan and written by Steven E. de Souza and Jeb Stuart, the plot of the movie is adapted from the novel named Nothing Lasts Forever, written by Roderick Thorp in 1979. The storyline primarily revolves around NYPD officer John McClane who, during his off hours, is caught in a Los Angeles skyscraper during a heist operated under the leadership of Hans Gruber.

John, during his Christmas vacation, goes on a trip to meet his wife Holly, who works at Nakatomi Corporation in LA. Now, while the group is engaged in a party, a team of robbers, under the leadership of Hans Gruber, capture the entire building and take everyone hostage. However, John is not captured. The rest of the plot details on how John manages to take matters into his own hands when he sees no immediate help at sight and also cannot escape the building. 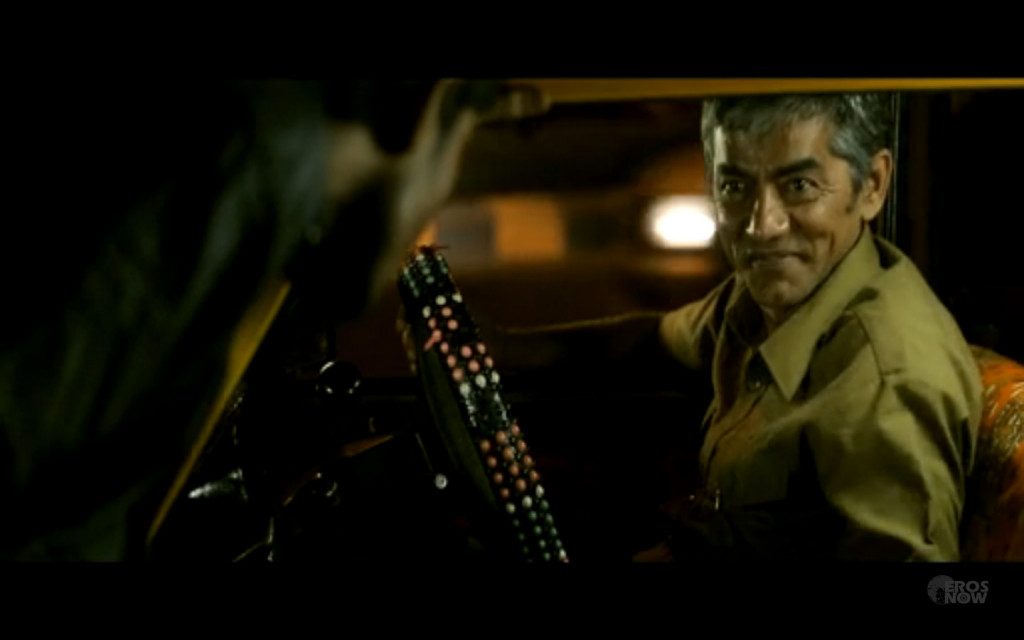 Another movie based on the 26/11 Mumbai Attacks, this Indian docudrama action thriller arrives from director Ram Gopal Varma. It is a really terrifying story of those ten terrorists, who sailed all the way to Mumbai, with just one aim of raising terror and massacring people for the next 72 hours. 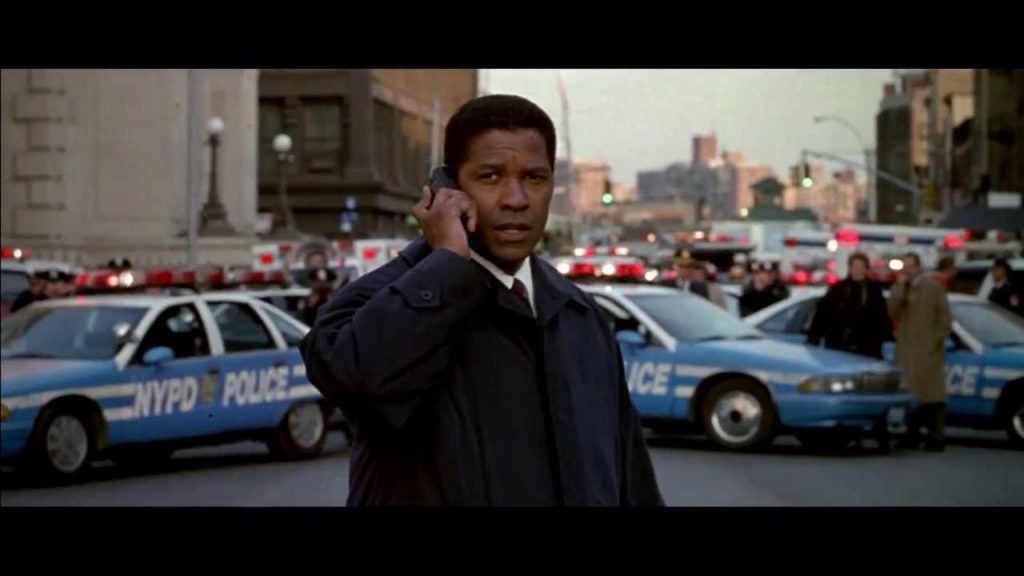 The Siege is a 1998 American action thriller film, which comes from director by Edward Zwick. It is a fictional story where terrorist cells are on the rise and have made several attacks in New York City. The prominent cast members in the movie comprise Denzel Washington, Annette Bening, Tony Shalhoub, and Bruce Willis. After an Islamic religious leader is captured by the US Military, New York City is now the target of increasing terrorist attacks. FBI head of the Counter-Terrorism Task Force, Anthony Hubbard, doubles up with Elise Kraft from the CIA, in order to hunt down the terrorist groups behind the attacks. 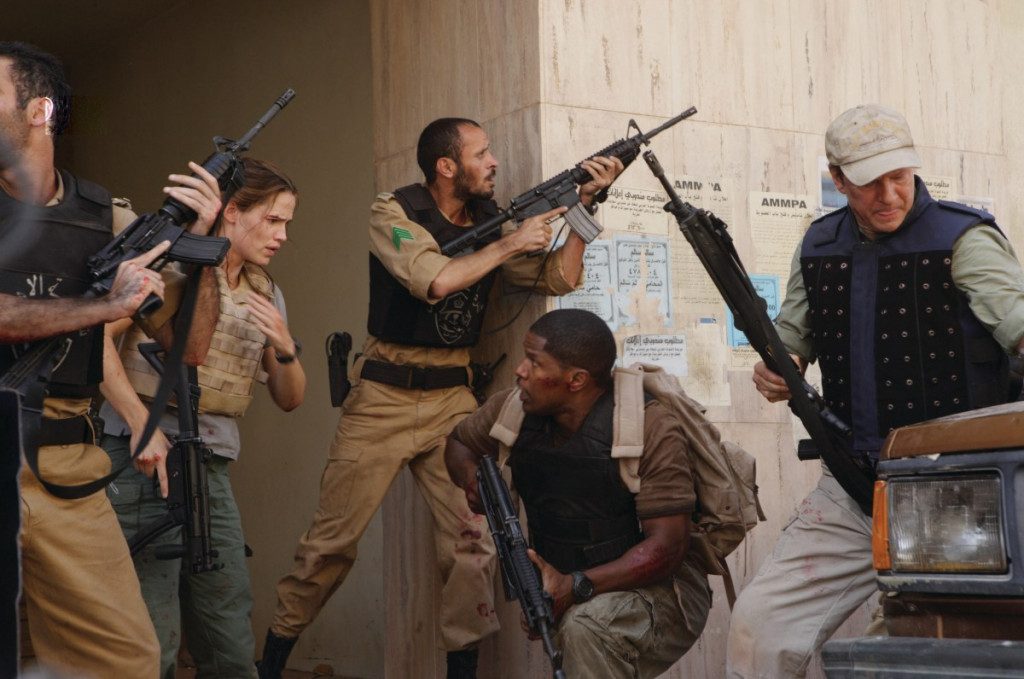 ‘The Kingdom’ is yet another American action thriller film, which comes from director Peter Berg. It stars Jamie Foxx, Chris Cooper, and Jennifer Garner in leading roles. Set in Saudi Arabia, the primary plot of the movie is an adaptation of the 1996 bombing of the Khobar housing complex and the 2003 bombings of four compounds in Riyadh. Released on September 28, 2007, ‘The Kingdom’ was a huge success globally.

The film opens with a terrorist attack on an American housing compound in Riyadh, Saudi Arabia. This results in the murder of several families living there and FBI Agent Francis Manner. Now, FBI agent Ronald Fleury consults with the Saudi Arabian consul and reaches the location to conduct an investigation for five days. His main aim is to uncover the killers behind his friend’s death and avenge him. Facing innumerable obstacles and difficulties in their quest, the team seeks the support of Colonel Faris Al Ghazi who guides them through this perilous mission.