7 Movies You Must Watch if You Love Rambo

Sylvester Stallone is, without a shadow of a doubt, one of the greatest action stars in film history. He established himself as one of the biggest players in the genre with films like ‘Rambo‘ and ‘Cobra’. Since the first ‘Rambo’ film released, it gained unparalleled popularity among the viewers, who loved the way the film pitted one single man against society. Through its story of raw action and violence, it provided us with a narrative that shows how war changes a man and makes a monster out of him. ‘Rambo’ is someone who has become so used to warfare that he has a hard time living a normal life.

The first three ‘Rambo’ films released in quick succession, with each film appearing after a gap of three years since the release of its predecessor. ‘Rambo III’ released in 1988, and it was only a couple of decades later that Stallone reprised the role in the 2008 film ‘Rambo’. Among all the fictional action heroes world cinema has seen over the years, John Rambo truly ranks among the greatest. He is fiercely determined and extremely powerful. But that does not mean he lacks compassion. Rambo has on numerous occasions put his own life at stake in order to save the innocent. If you’re a fan of the franchise and are looking for similar movies, then we’ve got you covered. Here’s the list of best movies similar to ‘Rambo’ that are our recommendations. You can watch several of these movies like ‘Rambo’ on Netflix, Hulu or Amazon Prime. 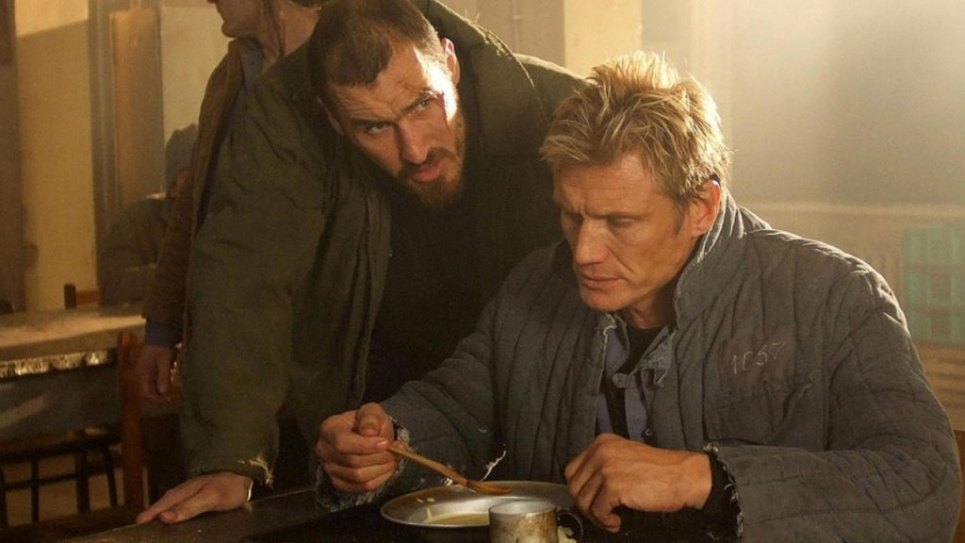 Dolph Lundgren stars in this 2009 action film as a former US Marine called Mike Riggins who is held as a prisoner in an Eastern European country. One day, Riggins is approached by his captors who tell him that he can easily get his freedom if he agrees to a go on a rescue mission to bring back a woman called Ana Gale. When Riggins is successful in rescuing Ana, he realizes that he was actually a pawn in a much bigger game. Ana is actually wanted by several organizations, which include governments, paramilitary forces, and underworld gangs. When Riggins’ life is under such severe threat, he has to protect himself and Ana and get to the US Embassy as fast as possible. The film uses a rather generic plot and shows no effort in making it look unique in any way. It’s a disappointing film, but there are some memorable moments that are worth watching. 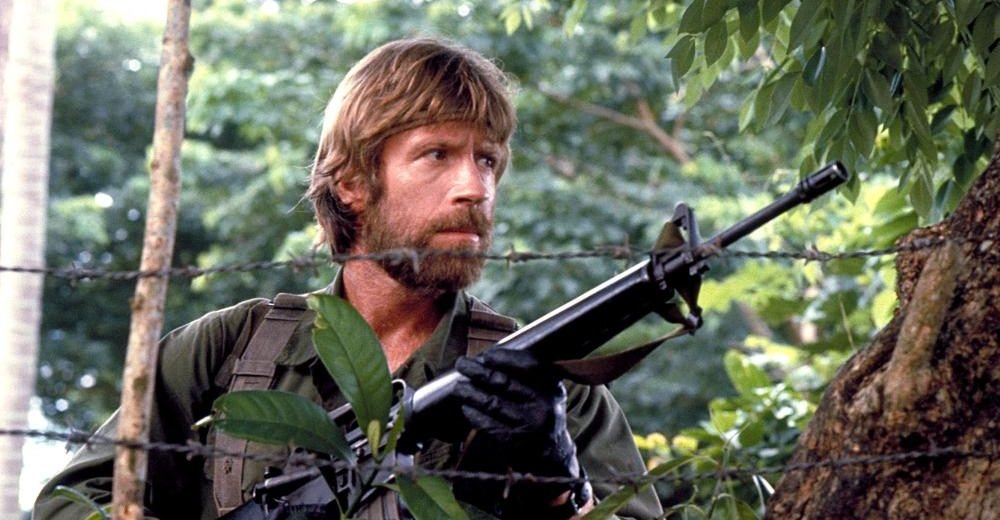 Chuck Norris plays the central character of Colonel James Braddock in this 1984 Vietnam film. Braddock himself had spent seven long years in a POW camp deep in the swamps of Vietnam. But almost 10 years after his escape, he comes to know that there are still certain US soldiers who are being held by General Trau inside the Vietnamese jungle. Eager to rescue all the soldiers who have been detained in such a manner, Trau makes contact with a friend who now works as a black marketeer. Together, they obtain supplies and set out on their dangerous mission. Do not expect anything except some cool Chuck Norris action from this film. It is a low-budget production, thus you will have to excuse certain poor production values if you really wish to enjoy the film. 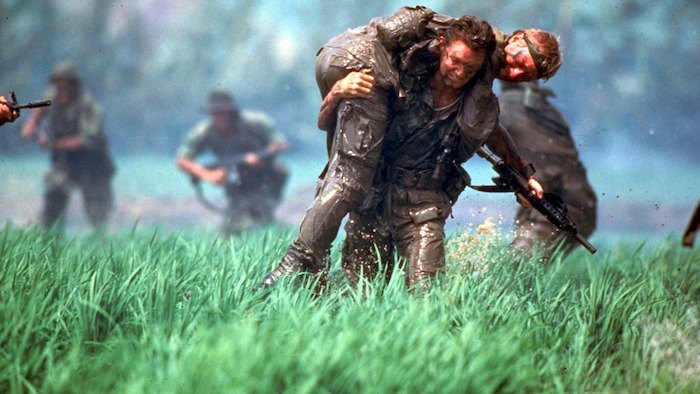 Another film about soldiers going deep inside southeast Asia for a rescue mission, ‘Uncommon Valor’ stars Gene Hackman in the leading role. Hackman’s character is a former soldier called James Rhodes whose son is still being held captive in the country called Laos. Rhodes asks the government several times to step in and provide some help, but what he receives from the other side is nothing but sheer reluctance. This urges Rhodes to take the matter in his own hands. He then brings together a team of his former associates and they set out to rescue Rhodes’ son and a few other prisoners of war. Yes, the film is riddled with cliches, but if you go past that, it is thoroughly enjoyable and has some great moments. It was also a favorite among audiences when released, becoming one of the highest box office earners of 1983. 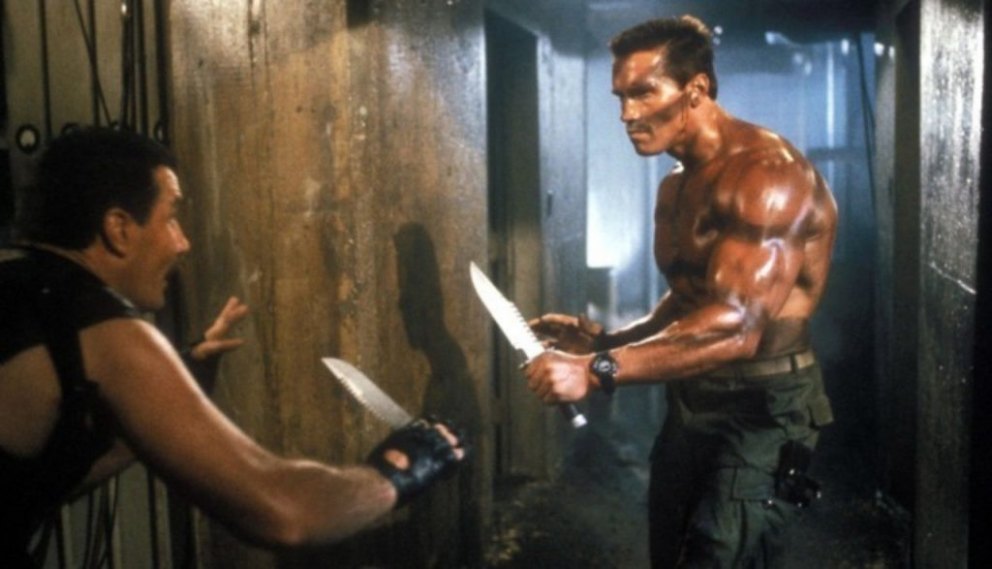 Arnold Schwarzenegger stars in this action film as retired United States Special Forces Colonel John Matrix. When he comes to know that many soldiers of his unit are being killed by unknown assailants, John knows that his time too shall arrive soon. But what the mercenaries do instead is something which angers him even further: they kidnap him and his daughter and take them to a former South American dictator. This fascist leader then tells John that if he does not commit a political assassination for him, John and his daughter’s lives might be in danger. The film then focuses on how John tries to rescue his daughter while killing the cruel leader and all of his followers. There is not much innovative storytelling in the film. Outrageous action sequences rule the roost and Schwarzenegger’s shirtless muscular body is displayed as often as possible. 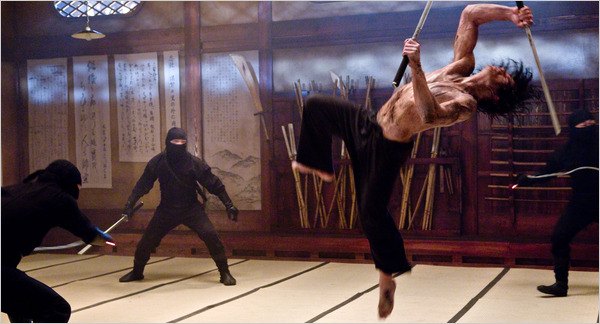 Let us now take a step away from stories about former US soldiers and look at something different. 2009’s ‘Ninja Assassin’ is a neo-noir martial arts action-thriller starring the South Korean musician Rain. The film starts off with the story of the criminal organization called the Ozunu Clan which takes orphans under their wings and then trains them for assassinations and other such dangerous missions. Amidst the brutal training he has to go through, the central character Raizo only finds some solace from the Clan member Kiriko. However, some incidents lead to Kiriko being termed a traitor and killed by the Clan authorities. This infuriates Raizo and he turns against the very organization which helped him grow up into one of the most dangerous assassins on the planet. The film then follows Raizo as he goes on a one-man mission to seek revenge for Kiriko’s death. The film’s major attraction is its brilliant action sequences which are intricately choreographed and presented. Do not expect anything more from the story. 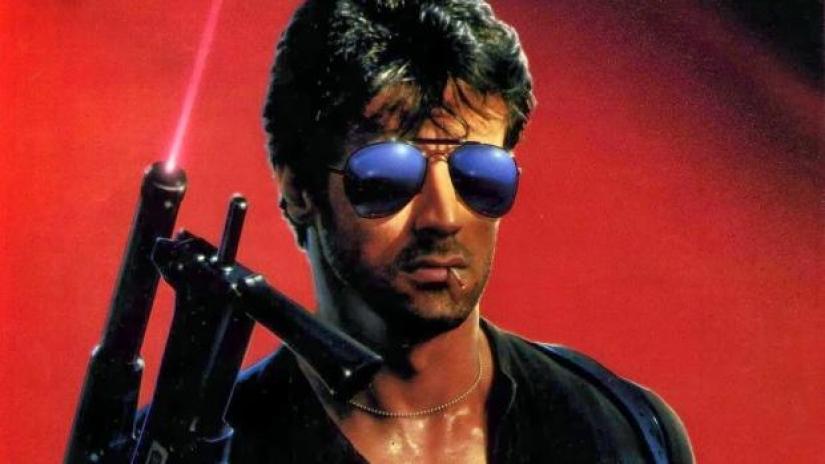 Trust me when I say this – Sylvester Stallone has never looked cooler in any other film. The 1986 film ‘Cobra’ sees the action star play the role of LAPD Lieutenant Marion Cobretti, a man who is famous for taking on missions where most of his colleagues fail to make a breakthrough. In the film, we are made to witness a cult-like neo-fascist gang who are wreaking havoc in and around Los Angeles. They are entering people’s homes, killing at random, taking prisoners, and making life insufferable for many. Without any option at hand, the LAPD appoints Cobretti to take on the case. He then intricately plans his moves and takes down these criminals. ‘Cobra’ did not receive positive critical acclaim, but if you watch the film, you will realize why I call it one of the coolest action movies of all time. Stallone is a sight to behold in his leather jacket, aviators, and a matchstick between his teeth. 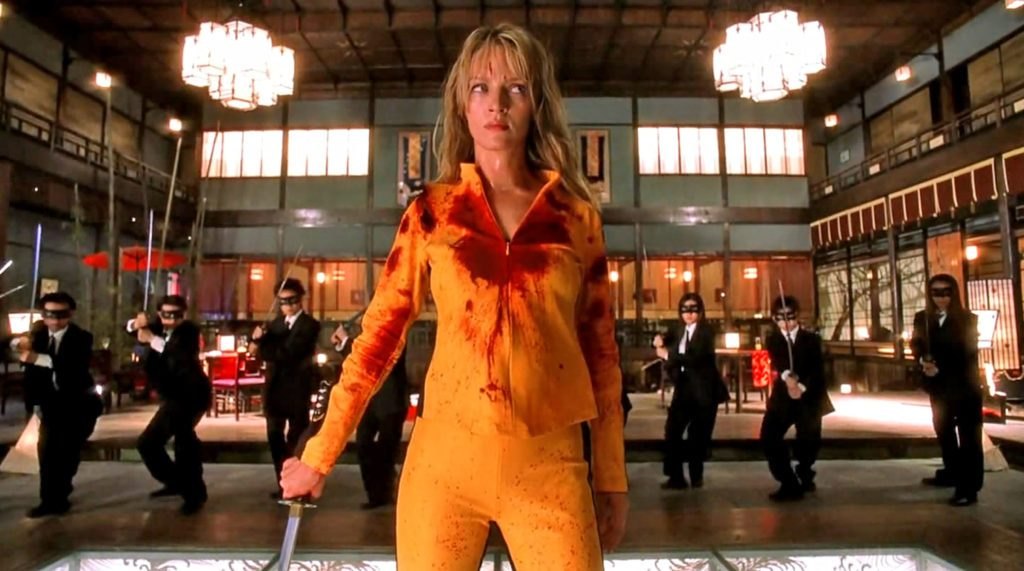 The last entry on this male-dominated list goes to a woman — our favorite American martial arts character, Beatrix Kiddo. Like Tarantino, we are also considering the two ‘Kill Bill‘ films as one. The film centers around Kiddo, a woman who was once a part of an assassination squad known as the Deadly Viper Assassination Squad where she had a romantic relationship with the ganglord, Bill. However, after she gets pregnant, Kiddo escapes from the VPS’ radar in order to raise her child all by herself, out of the shadow of crime. Bill does not like this and manages to find her. When the two of them meet, Kiddo is ready to get married to someone else. This angers Bill and he kills off Kiddo’s husband and all her friends who appear at a chapel for their wedding rehearsal. Kiddo herself is shot, and manages to wake up from a coma four years later. Once she does wake up, Kiddo goes on a “roaring rampage of revenge”, killing each of her former associates till the bloody path finally leads her to Bill.

You will never watch a more intricately directed American action film than ‘Kill Bill’. It boasts of some of the finest martial arts sequences and pays homage to several movie genres along the way. The performance of Uma Thurman in the leading role is absolutely stunning, to say the least.