10 Movies You Must Watch If You Love See You Yesterday

The genre of time travel has always been a subject of intrigue among filmmakers and viewers alike. We have seen movies fully made on this subject, including masterpieces like ‘Interstellar‘, ‘The Time Machine’, and ‘The Terminator‘. There are also films where the theme pops up in certain sections, as you can see in Harry Potter’s third installment. It’s a difficult subject to probe into because altering the past or the future, can inevitably affect the present. Imagine loitering on the street and an older version of you popping up from nowhere! There is a certain argument about this paradox that is addressed in one of the episodes of ‘The Big Bang Theory‘, where the protagonists engage in a grammar debate. Although it’s meant to be funny, the discussion makes a lot of sense if you watch it carefully. Therefore, when creators make movies based on this subject, they need to be extremely careful while closing all loopholes and making it an airtight story.

Venturing into this popular genre, Netflix added a wonderful comedy to its already existing repertoire of time-traveling movies. Titled, ‘See You Yesterday’, the film is about “controlling something we obviously have no control over!” Produced by Spike Lee and directed by Stefon Bristol, it debuted on Netflix on May 17, 2019. It revolves around two teens who build time machine backpacks as part of a high school project. Now, when one of the duo’s elder brother is mistakenly killed in a police encounter, the two travel back in time in order to undo the tragedy.

Starring Eden Duncan-Smith and Danté Crichlow as the protagonists, ‘See You Yesterday’ also explores a sensitive issue — the constant struggle between African-Americans and the New York Police Department. When Cavin is gunned down without provocation, the incident echoes the context of Black Lives Matter protests. Therefore, while ‘See You Yesterday’ does address the question if people can change history, it also deals with the unfair practice of social injustice. As you can see, no matter how much the protagonists try, some things are simply beyond control. Additionally, since it is a teen flick, it highlights coming-of-age problems, such as the struggles of students coming from working families and high school issues.

Overall, ‘See You Yesterday’ is the perfect mix of drama, teenage adventure-comedy, and experimentation. It’s a sci-fi time-traveling flick which brings together a mix of temporal mishaps and ruptures of the space-time continuum. As described by The Guardian, this “poignant time travel caper is a Netflix win”. So, if you have already watched this film, it’s time to scour through similar titles that shall give birth to that familiar syndrome termed plot-induced headache. Exploring the fluidity of time, our list of recommended movies like ‘See You Yesterday’ includes some of the best names from this genre. Moreover, you can watch several of these films like ‘See You Yesterday’ on Netflix, Hulu, or Amazon Prime Video. Now, how many have you watched? 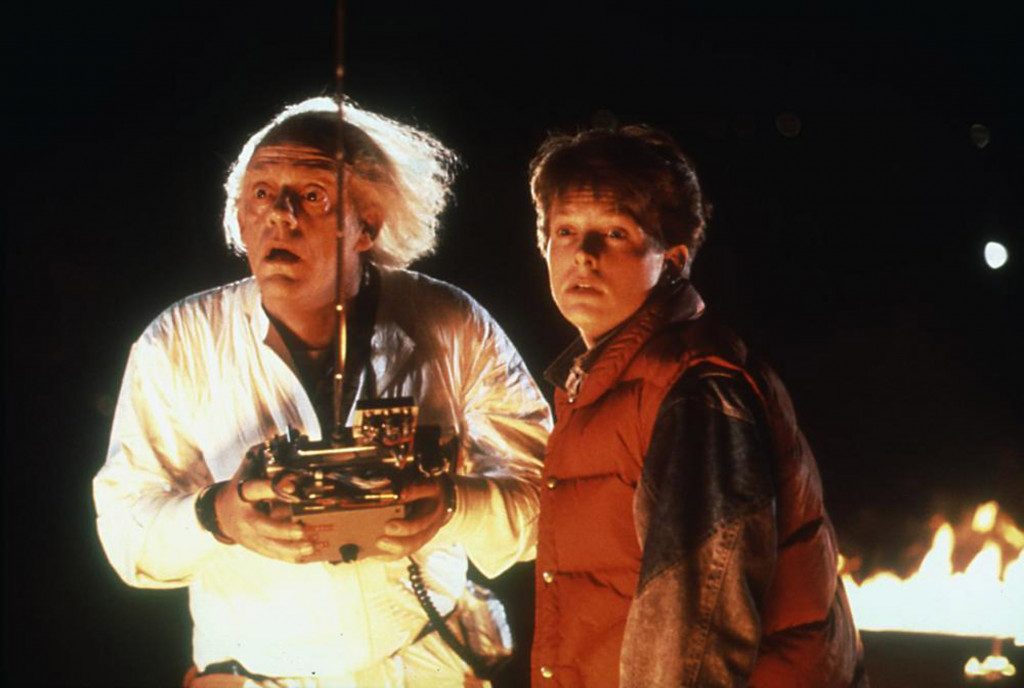 Most of us believe that ‘Back to the Future‘ is the first time travel movie. Of course, since it gave rise to two sequels and has been dubbed as one of the best films ever made, we can’t blame ourselves for thinking so. The first flick telling a story about traveling into the past is not the 60s film, ‘The Time Machine’ either. It is a 1921-released feature based on Mark Twain’s book, ‘A Connecticut Yankee in King Arthurs Court’.

Now, coming back to ‘Back to the Future’, this 80s movie introduces us to Marty McFly, whose life is a mess. While his dad, George, is subjected to constant bullying by his boss Biff Tannen, his overweight and alcohol-addict mother, Lorraine, has her own story to tell. However, one day, Marty’s scientist friend Dr. Doc summons him to Twin Pines Mall where he demonstrates a time machine in front of him. When Marty examines it, he mistakenly activates it and lands in 1955. There he meets his parents who are still teenagers. Now, Marty must convince Doc that he has come from the future and also attempt to mend his parents’ relationship. 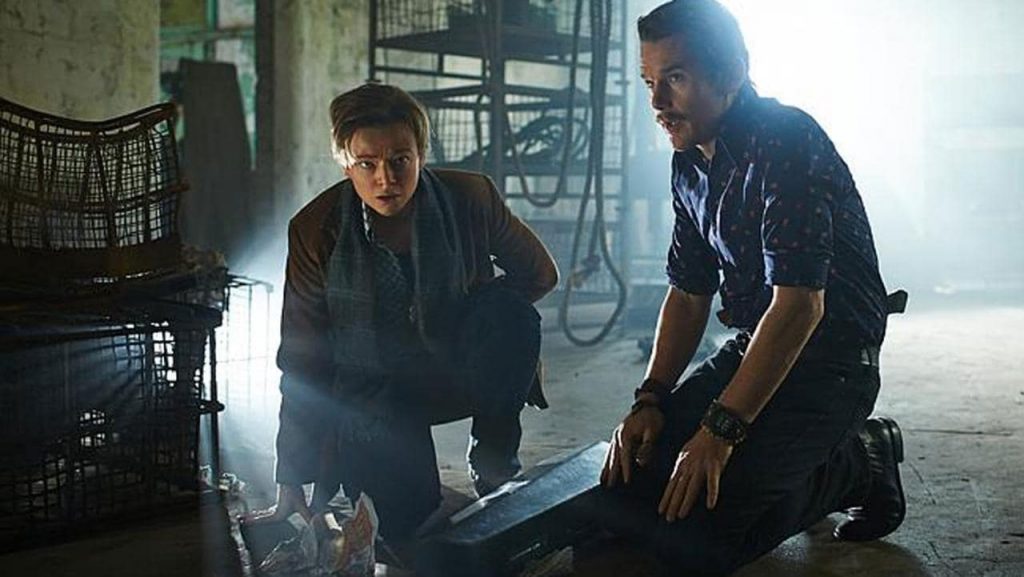 ‘Predestination‘ explores an almost similar theme like that of ‘See You Yesterday’. Here, a temporal agent is given the assignment to travel back to 1975 and prevent a planned bomb blast in New York. Released in 2014, this Australian science fiction thriller is written and directed by Michael and Peter Spierig. Starring Ethan Hawke, Sarah Snook, and Noah Taylor, it is an adaptation of the short story, titled, ‘All You Zombies’, written by Robert A. Heinlein. 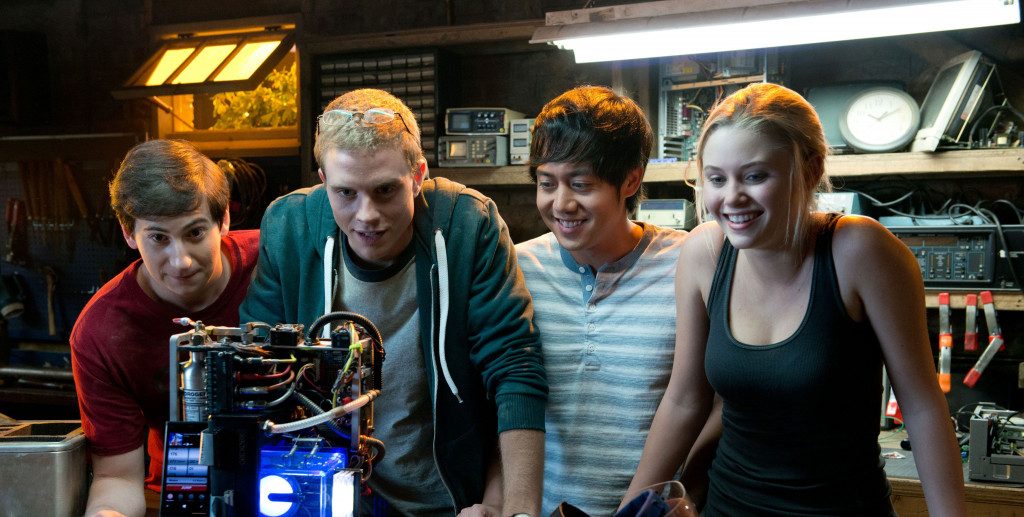 Meet David Raskin, who dreams of studying at MIT, and his two high school friends. A science nerd, David one day discovers a temporal displacement device, created by his deceased father. Not able to control their curiosity, he and his partners soon begin messing around with the gadget. The trio wishes to use it and change the course of time, in a bid to manipulate events that work in their favor. However, things soon spin out of control when they start discovering the consequences of their actions. 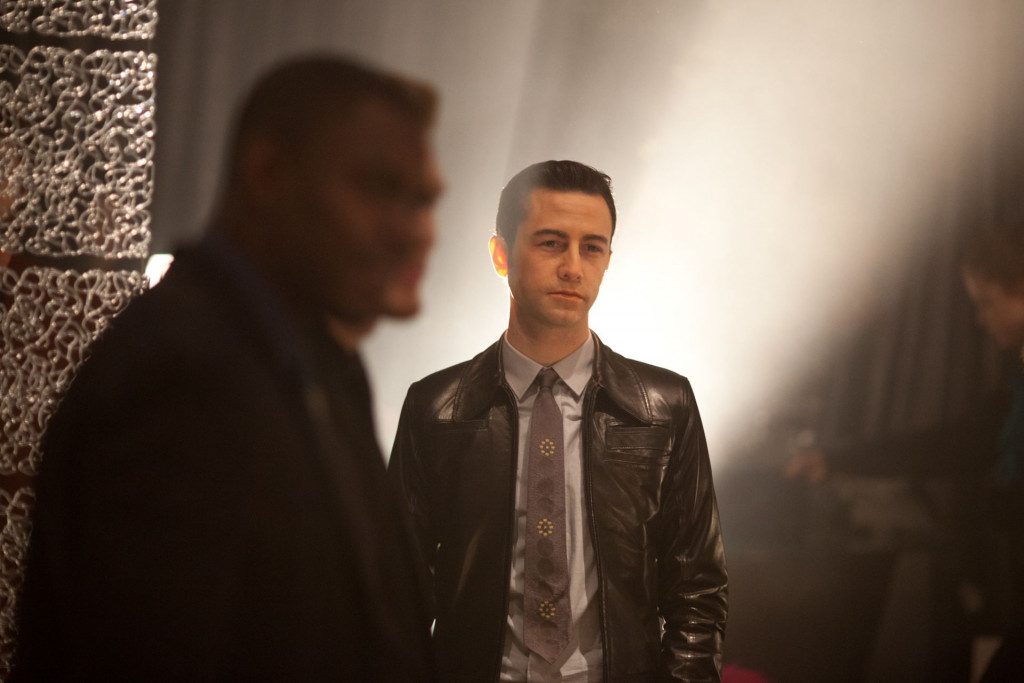 Joe is employed as a ‘Looper‘. His job requires him to transport men from the future into the past (where they are killed) and then dispose of their corpses. But Joe wants to erase any memories that might lead him being exposed as a looper. So he understands that one day he might have to end up killing his own future self. Now, when the day finally arrives, both his personas engage in a cat and mouse chase, with each of his personas seeking to fulfill his own personal destiny.

‘Safety Not Guaranteed’ introduces us to Darius, a young man working as an intern at a Seattle-based magazine. He wishes to investigate the author of a classified ad and wants partners who would travel back in time with him. So he pairs with Jeff and Arnau and embarks on a road trip to a coastal town. There, they meet Kenneth, a man who is confident that he has created a time machine. As they get to know him better, the trio begins wondering if Kenneth is actually disoriented or if he can indeed alter time. 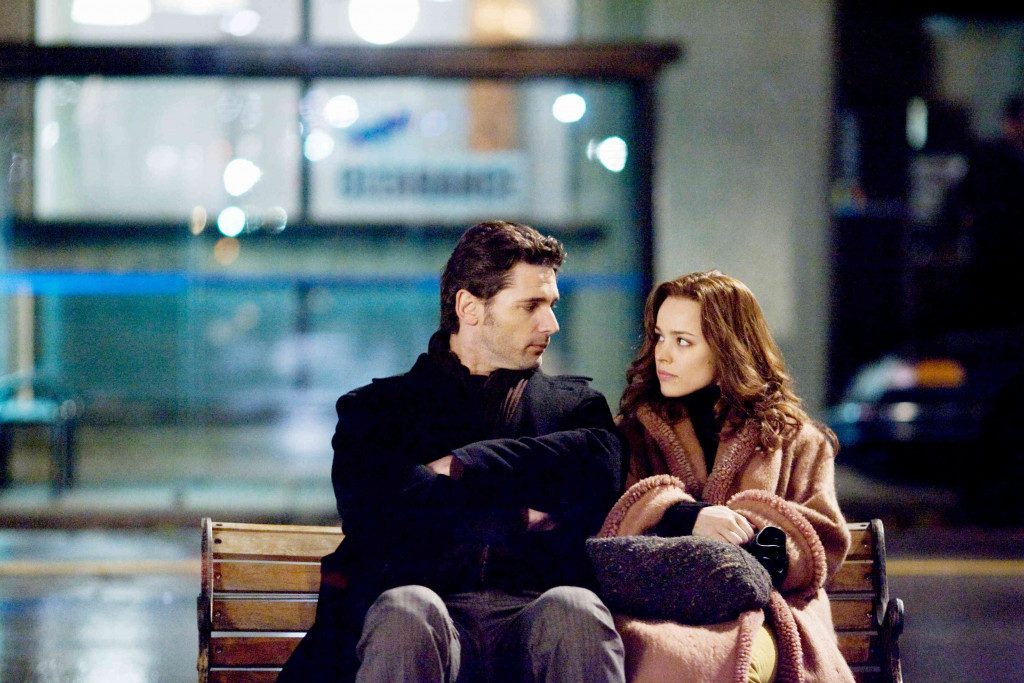 Clare Abshire falls in love with Henry DeTamble, a man with the power of time travel. They eventually get married. But his constant bouts of absence as he visits different time periods makes it difficult for Claire to adapt to their marriage. Now, when Henry begins returning with increasing knowledge of their future, it makes things even more complicated. Adapted from Audrey Niffenegger’s eponymous novel and directed by Robert Schwentke, ‘The Time Traveler’s Wife’ is a romantic science fiction drama film that stars Eric Bana, Rachel McAdams, and Ron Livingston in the lead roles. 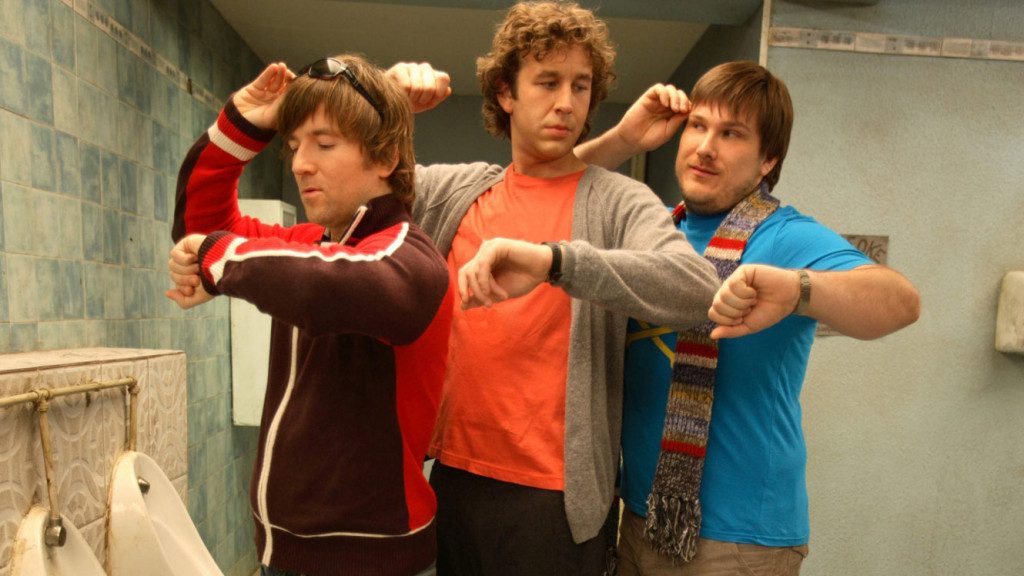 ‘Frequently Asked Questions About Time Travel’ or ‘FAQ About Time Travel’, directed by Gareth Carrivick, is a science fiction comedy. It stars Chris O’Dowd, Dean Lennox Kelly, Marc Wootton, and Anna Faris as the protagonists. The film revolves around three friends, two sci-fi nerds, and one cynic mate. They land in a British pub, in order to get answers to the time travel paradox. Here, they meet a girl from the future and thus, their planned adventure becomes a reality. 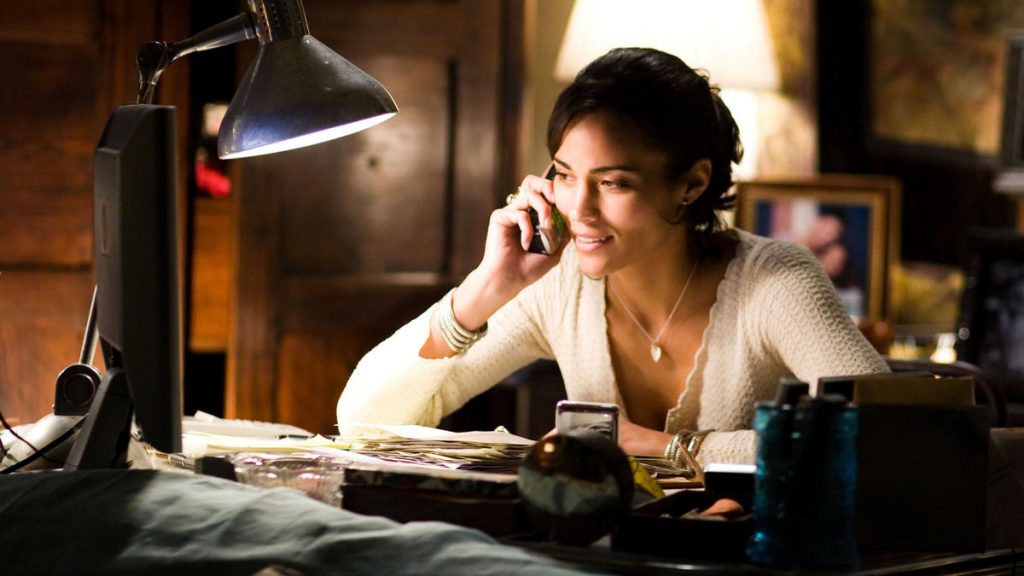 ‘Déjà Vu’, directed by Tony Scott and written by Bill Marsilii and Terry Rossio, is a science fiction action thriller. Starring Denzel Washington, Paula Patton, Jim Caviezel, Val Kilmer, Adam Goldberg, and Bruce Greenwood, it is centered around an ATF agent who goes back to the past, in an attempt to prevent a terrorist attack in New Orleans. In his mission, he also has to try to save the woman he is in love with. 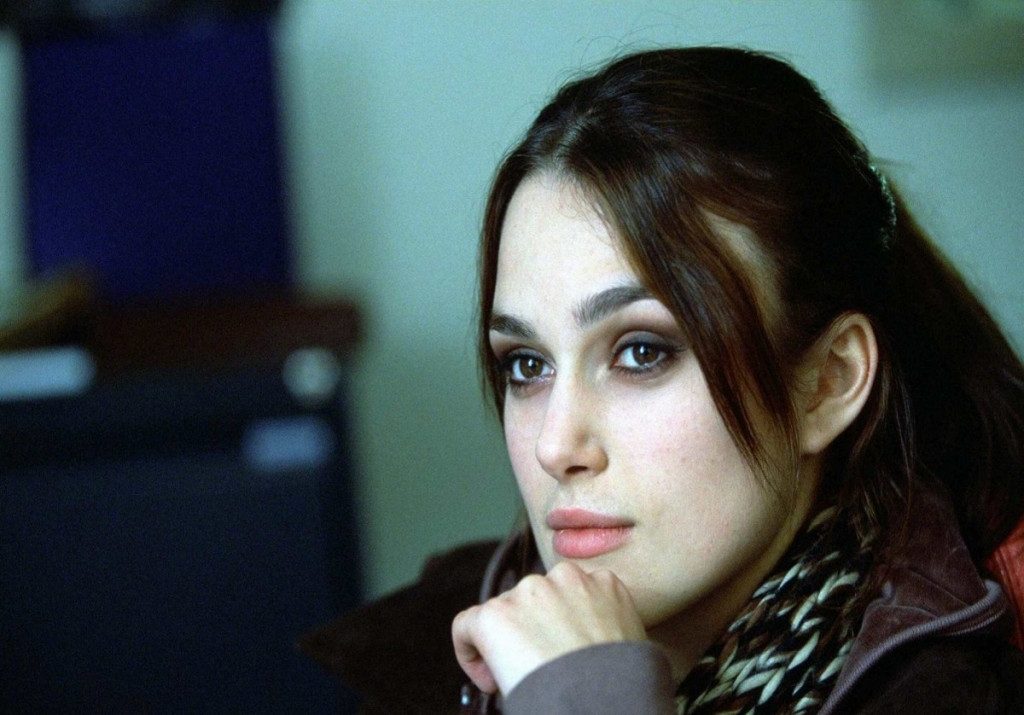 Jack Starks suffers from Amnesia and he is a Gulf War veteran. When he does not remember how he came to arrive in a murder scene,  he is admitted to a mental hospital. There, he is subjected to a strange treatment procedure under the authority of Dr. Thomas Becker. In this regime, Jack discovers that he can time travel to the future. In this journey, he meets his old acquaintance and tries to investigate his weird fate. 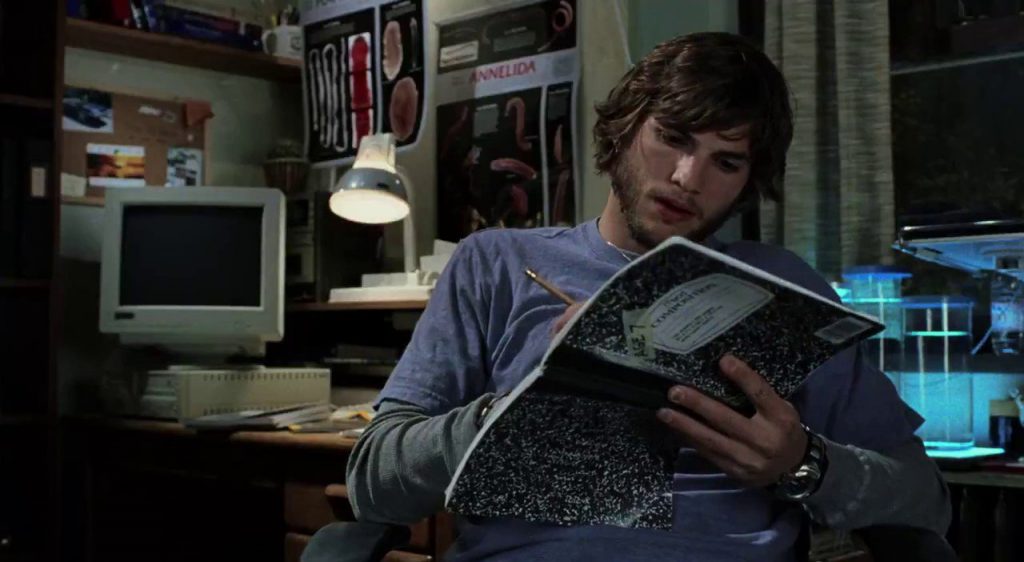 ‘The Butterfly Effect’ revolves around Evan Treborn, who lives with his single, working mother. His life is confusing as he often suffers from blackouts and does not know where he is. When Evan grows up, the blackouts start decreasing. But since he was 7, he has kept a diary where he records these moments. Now, in college, when he begins reading one of his entries from the journal, he gets a flashback.  He realizes that he can travel back in time and engage in activities that can alter his present.