8 Movies You Must Watch if You Love Starship Troopers

‘Starship Troopers’ is a 1997 film directed by Paul Verhoeven and written by Edward Neumeier. The military science fiction flick is set in the future where the human race has encountered the hostile insectoid species called “Arachnids” or “Bugs”. Johnny Rico, played by Casper Van Dien, is a young man who joins the Mobile Infantry to fight the army of “Bugs” whose sole aim is the destruction of whatever that comes in its way. The film did not receive much critical acclaim upon its release in 1997 but has since then developed a strong cult following. It was nominated for the Academy Award for Best Visual Effects. If you love this film and are looking for similar flicks, then we’ve got you covered. Here’s the list of best movies similar to ‘Starship Troopers’ that are our recommendations. You can watch several of these movies like ‘Starship Troopers’ on Netflix, Hulu or Amazon Prime. 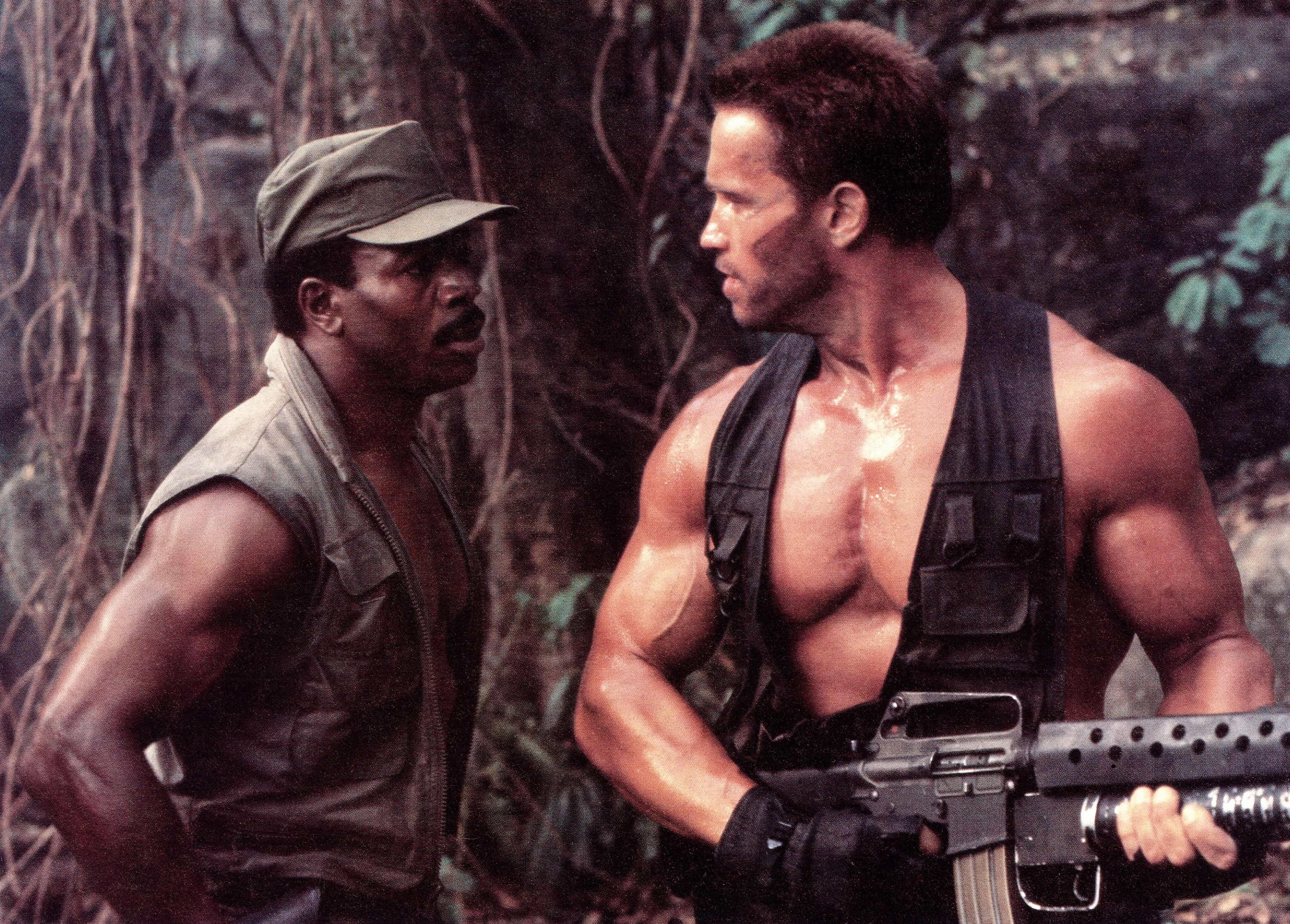 ‘Predator’, a science fiction action-horror film directed by John McTiernan and written by Jim Thomas and John Thomas, begins with a spacecraft approaching the Earths’ atmosphere. Once near, it releases an object into the atmosphere and leaves. Cut to sometime later, a team of U.S. Special Operation forces are inside a dense jungle in Central America, where they have been sent to rescue an important official and some men, who were downed by guerillas. The mission is spearheaded by ex-agent of the special forces, Major Alan “Dutch” Schaefer who takes along with him the elite mercenary team consisting of Mac, Billy, Poncho, and Hawkins. They are joined, much against the disapproval of Major Schaefer, by CIA agent Dilon who used to be Schaefer’s friend to supervise the mission.

Soon, the team realizes that the men from the downed copter are the least of their worries as something hideous and ghostly, a technologically advanced alien predator, is taking them down one by one. The Major and his allies must find a way to overcome the difficult conditions of the jungle and put down this extra-terrestrial super being to save themselves. Arnold Schwarzenegger plays the role of Major Schaefer, while the alien predator is played by Kevin Peter Hall. Carl Weathers portrays the character of CIA Agent Dilon. ‘Predator’ is one of the most well-known action films that has subsequently seen a number of sequels.

It is the month of July in America, and everything is on its usual course, when suddenly but slowly the skies begin to darken as something of a massive magnitude looms large over the Earth. What at first seem like dark clouds gathering soon turns out to be an alien mothership. MIT trained satellite technician, David Levinson, decodes signals to understand that the ship is here to destroy the planet, which he quickly communicates to the White House. The mothership releases oval shaped baby ships that are each fifteen miles wide. They take positions over some major cities of the world and start destroying them emitting lasers that take down entire cities. The President of the United States Thomas J. Whitmore orders the evacuation and is himself saved.

Eventually, a master plan is hatched to breach the defenses of the mothership. An air force expedition is led against the ship spearheaded by Captain Steven Hiller. A rousing speech by the President steels the resolve of the people and the fighters to defeat the ship and save themselves. On the 4th of July, they are determined to celebrate their Independence Day; but like always, freedom comes with a cost, so lives must be put at stake and sacrificed to save Earth from total destruction. Will Smith plays Captain Steven Hiller, while Bill Pullman stars as President Thomas J. Whitmore. The character of David Levinson is played by Jeff Goldblum. ‘The Independence Day’, directed and co-written by Ronald Emmerich, was one of the torchbearers of large-scale Hollywood disaster films. 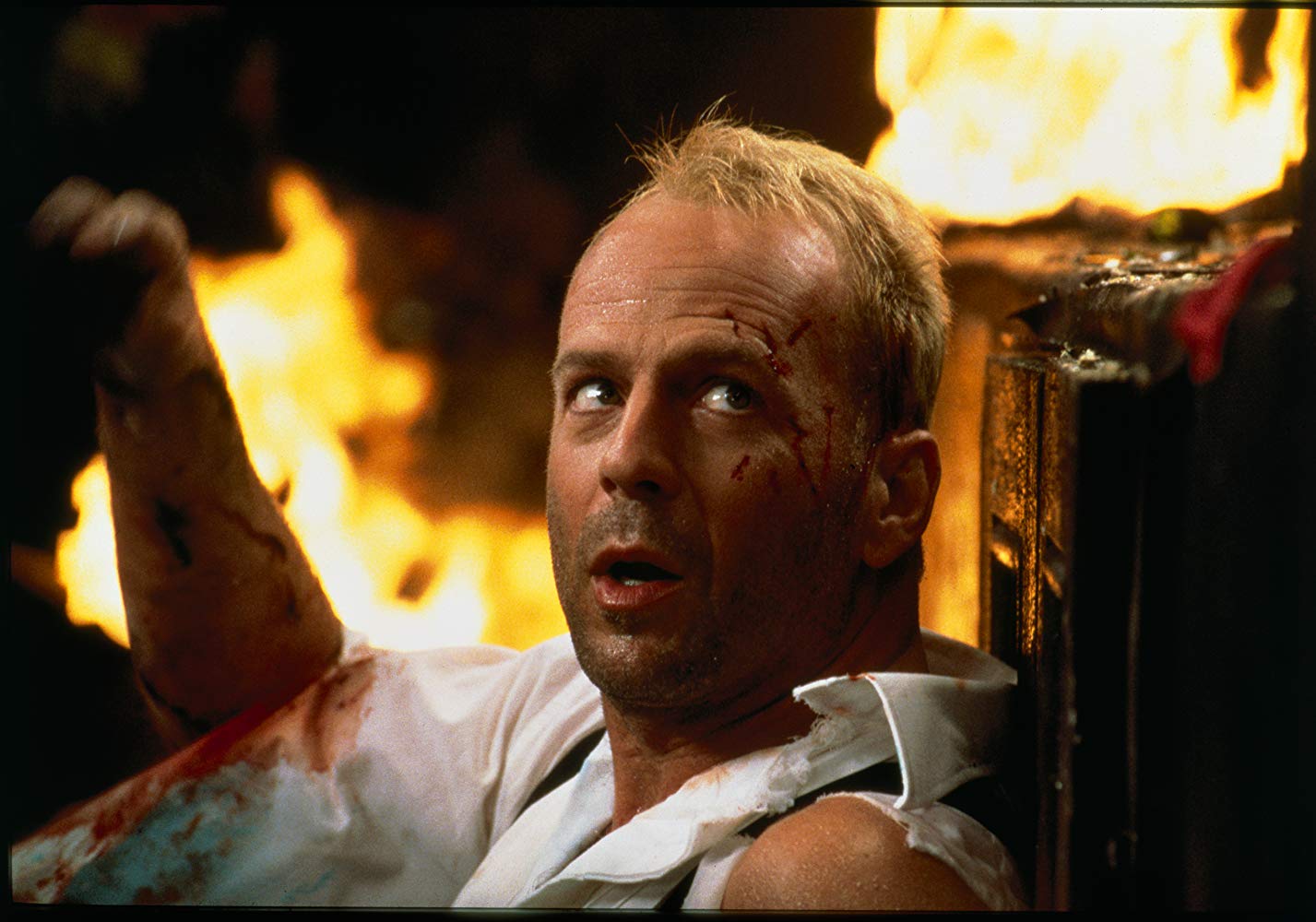 The year is 1914, and the alien race called the Mondoshawans have arrived in an ancient Egyptian temple to collect a weapon from World War I. The weapon is made up of the four elements of earth, air, water, and fire. A fifth element is contained inside a sarcophagus, that has the combined strength of the other four. The fifth element is the only weapon that can stop an evil alien force that appears once every 5000 years to cause destruction. The Modoshawans’ mission is to stop that evil force.

Cut to the year 2263 and the evil force is here in the form of a black mass outside the Earth’s atmosphere. The Mondoshawans try to help but are destroyed; only a severed hand from the sarcophagus remain. Scientists use that arm to create and give shape to the Fifth element in the form of a humanoid called Leeloo. Korben Dallas, currently a cab driver and an ex-major of the special forces, Leeloo, and Vito Cornelius are the three people who can stop the great Evil. Things are made more difficult by a certain Jean-Baptiste Emmanuel Zorg who is working for the Evil. ‘The Fifth Element’ is directed by Luc Besson and stars Bruce Willis as Corben Dallas; Milla Jovovich as Leeloo; Ian Holm as Vito Cornelius; and Gary Oldman as Emmanuel Zorg. At the time of its release, ‘The Fifth Element’ was one of the most expensive European films ever made.

‘Edge of Tomorrow’ is directed by Doug Liman and is adapted from the 2004 Japanese novel ‘All You Need Is Kill’ by Hiroshi Sakuraza. The story of this science fiction action film is set in the future where most of the Earth has been taken over by aliens and there is an elite fighting force that constantly fends them off.

A public relations officer, Major William Cage, with no prior experience in combat, is forced by his superiors to get onto the battlefield during a landing operation. He is killed in combat but a strange thing happens — he gets caught in a time loop. So every time he is killed he wakes up on the day before the fight. Initially bewildering, Cage soon understands the peril he is facing. He begins using the loop to his advantage. And every time, he keeps getting better with his combat skills. Now he teams up with Special Forces warrior Rita Vrataski and they must together stop the alien invaders on their way to the total destruction of our planet. Tom Cruise portrays Major William Cage, while Emily Blunt plays Special Forces warrior Rita Vrataski. The film also stars Bill Paxton, Brendan Gleeson, Noah Taylor, Jonas Armstrong, among others as the supporting cast. 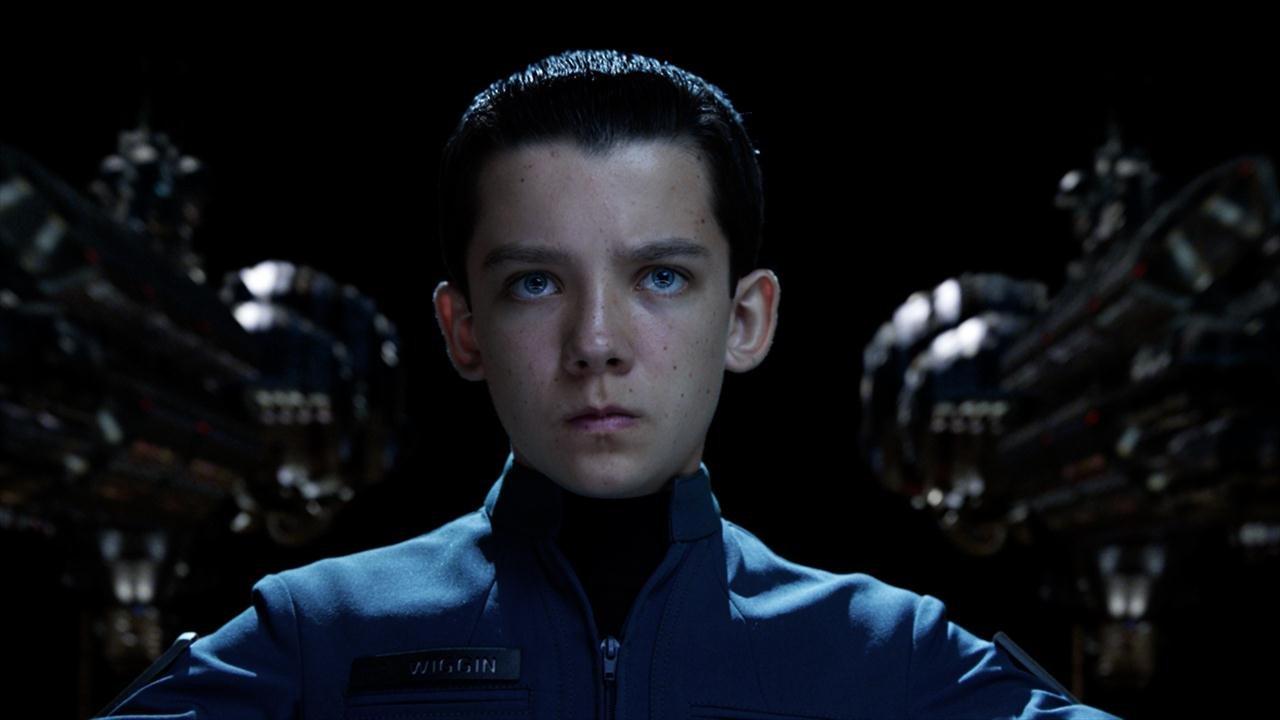 ‘Ender’s Game’, written and directed by Gavin Hood based on Orson Scott Card’s 1985 novel of the same name, depicts events in the future where the human race is gearing up for a counter-attack on an insectivorous alien race called the Formics. This retaliation is in response to an attack that the earthlings had suffered in the hands of the Formics.

50 years have passed since then and the International Fleet now trains children with gifted aptitudes to become special soldiers to launch the attack. Among these special children is a more than special boy named Andrew “Ender” Wiggin. Colonel Hyrum Graff notices the talent in the young man in simulated space combat and figures that through him they can create a whole new soldier who will be very different from the rest. As Ender begins his elite training, he opens up new worlds in the computerized game he plays. Asa Butterfield stars as Ender Wiggin, while Harrison Ford portrays Captain Hyrum Graff. The film also stars Hailee Steinfeld, Viola Davis, Abigail Breslin and Ben Kingsley in crucial roles. 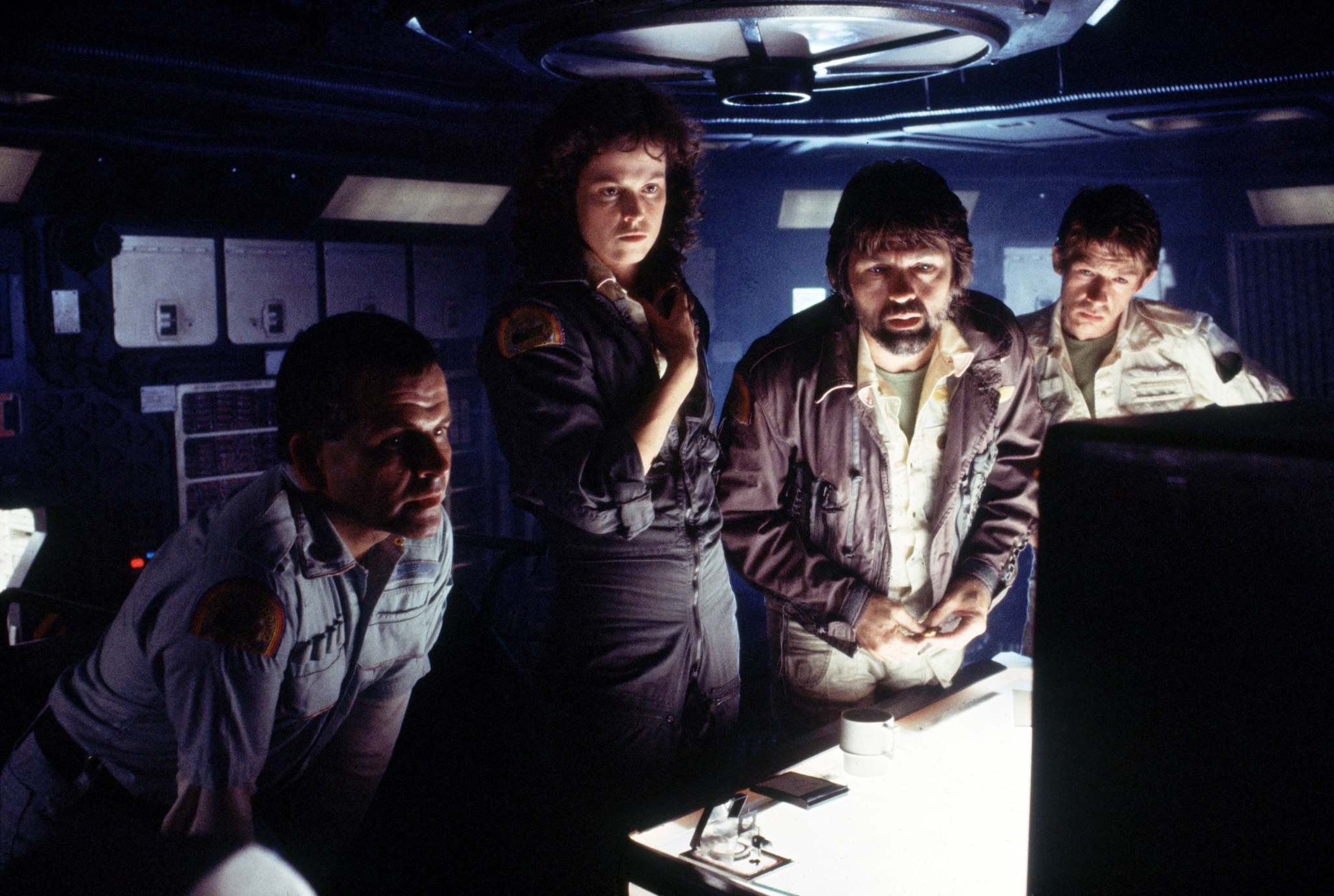 Directed by Ridley Scott, ‘Alien’ stands out as one of the most important and trend-setting science fiction action films of all time. A spacecraft called “Nostromo” is returning home to Earth containing its seven-member crew of Captain Dallas, Executive Officer Kane, Warrant Officer Ripley, Navigator Lambert, Science Officer Ash, and two Engineers, Parker and Brett, who are all in stasis. A distress signal from a nearby moon forces them to wake up and investigate. In the moon they encounter a derelict alien ship with a chamber full of alien eggs. While investigating, a creature attaches itself to Kane’s face. Kane is brought back to the ship, and eventually, the creature detaches itself and dies.

Just when everyone believes normalcy has returned, an alien creature comes out of Kane’s chest, killing him, and then escapes somewhere inside the ship. Thus begins the hunt for the being. One by one all the members are killed and only Warrant Officer Ripley, played by Sigourney Weaver, is the last person standing. She must fight and destroy the extraterrestrial being aboard the “Nostromo” in order to return home. ‘Alien’ consolidated Sigourney Weaver as an important actor in Hollywood as she received a BAFTA award for the Most Promising Newcomer to Leading Film Role and got high praise from critics for her performance. The American Film Institute ranked ‘Alien’ as the seventh-best film in the science fiction genre. The other crew members aboard “Nostromo” are played by Tom Skerritt, Veronica Cartwright, Harry Dean Stanton, John Hurt, Ian Holm, and Yaphet Kotto. 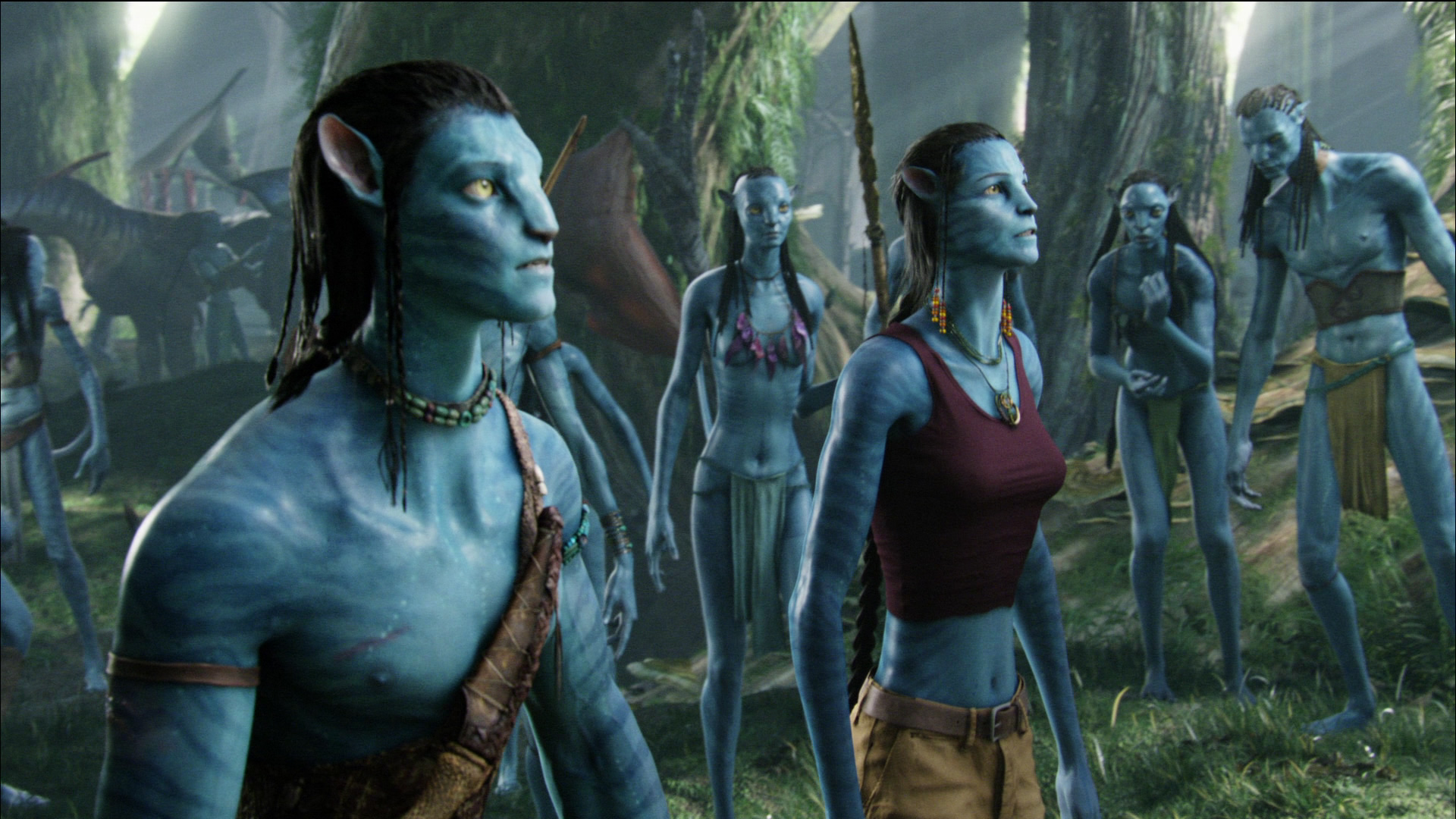 The year is 2154, and Earth is depleted of its natural resources. Humans have ventured out into space to a moon called Pandora, belonging to another planetary system. A place of thickly dense forests, Pandora has a mineral resource that is too precious — it is called “obtanium”. And it is for this mineral resource that Earthlings have traveled and set up base there. Mining of “obtanium” is an industry. Parker Selfridge uses Marines as security and they are trying to force out the inhabitants of Pandora from an area that has large reserves of “obtanium”. Na’vi are the inhabitants of Pandora. They are bluish, feline creatures, who are taller and stronger than humans and are peaceful in nature. The human scientists in Pandora have devised a way to merge the DNA of Na’vi and humans to create Avatars, so that they can live with the Na’vi and get acquainted with their ways.

Jake Sully is a former paraplegic Marine who is sent to Pandora and turned into an Avatar. His task is to infiltrate and make friends with the Na’vi and get to know their ways to better manipulate them. But as Jake starts living with the Na’vi, things might get complicated. Will Jake, after getting to know the peaceful ways of the Na’vi, be able to accept the cruelty that the human race is planning against them? ‘Avatar’ is directed by James Cameron and stars Sam Worthington as Jake Sully, the main protagonist of the film. Giovanni Ribisi plays Parker Selfridge. The film also stars Zoe Saldana, Stephen Lang, Michelle Rodriguez, and Sigourney Weaver. ‘Avatar’ was nominated for nine Academy Awards and received three, for Best Art Direction, Best Cinematography, and Best Visual Effects. 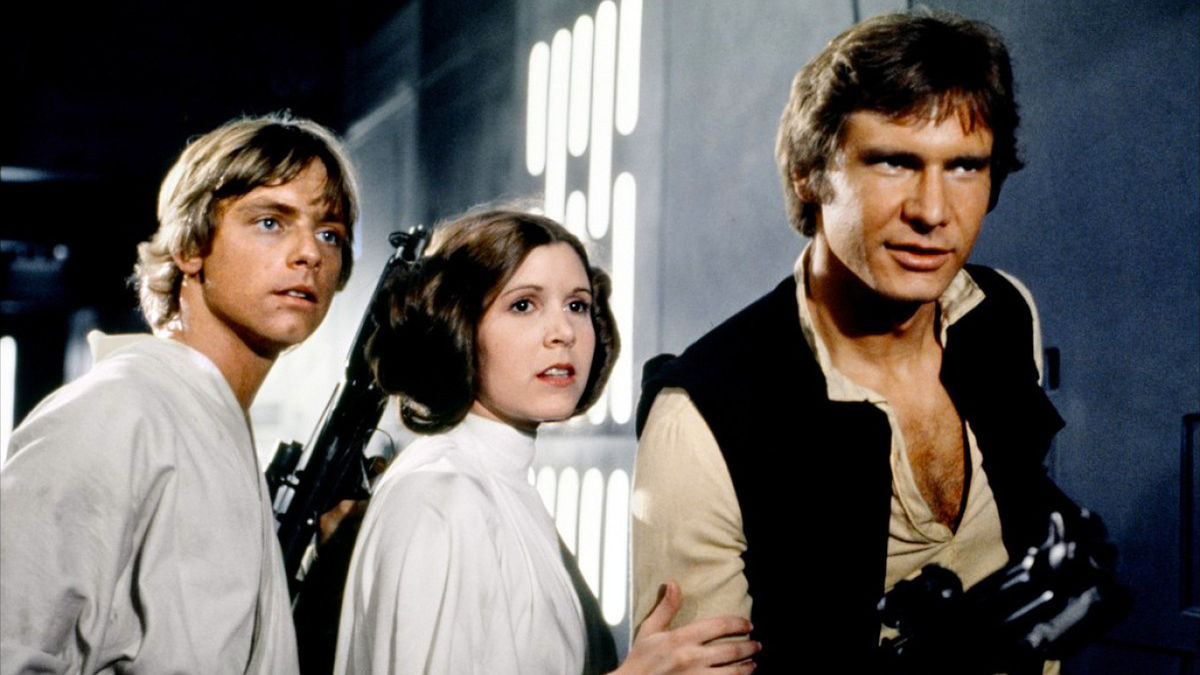 ‘Star Wars’ now needs no introduction as it has become one of the greatest and biggest franchises the world of cinema has ever seen. Spin-offs are still coming out and there seems to be no end to it. ‘Star Wars’ was first released in the year 1977, and it was directed by George Lucas. It became the first film in the ‘Star Wars Trilogy’, starring Mark Hamill, Harrison Ford, Carrie Fischer, Peter Cushing, Alec Guiness, David Prowse, James Earl Jones, Anthony Daniels, Kenny Baker and Peter Mayhew. The plot of the film centers around the intergalactic rebellion set off by Princess Leia, played by Carrie Fisher, against the tyranny of Darth Vader of the Galactic Empire. ‘Star Wars’ is a cinematic experience that needs to be seen at least once in your lifetime. As a space-opera, it was much ahead of its time as the visual flare that it manages to achieve was unthinkable back then. The film received ten Academy Award nominations and won seven.