13 Movies You Must Watch if You Love The Conjuring

Horror movies like ‘The Conjuring’ aren’t a rarity. What is rare though is how well ‘The Conjuring’ pulls off an age-old horror formula. I mean haven’t we seen a family, a haunted house, paranormal investigators/priests, exorcism and all in many previous horror movies. But the difference and the originality lies in its execution. ‘The Conjuring’, which claims to be based on true events, is one the few movies in this genre where no bloody violence, obscenity, nudity or foul languages are used and still manages to thoroughly entertain you. 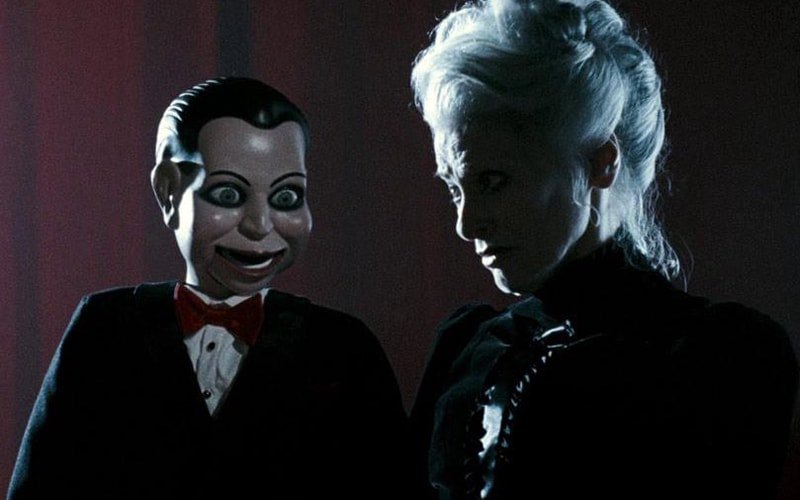 Call it a guilty pleasure if you want, but I really loved ‘Dead Silence’. The movie revolves around a young man who returns to his hometown in order to unveil the mystery behind his wife’s brutal murder. One of the few things that impressed me about the film is the atmosphere it builds. James Wan has always been good at building tension through atmosphere, and here he manages to do exactly that. But the issue with the film is that the characters are poorly written and it also suffers from serious pacing issues. However, there are several scenes in the film that will shock you with its raw intensity and the whole ventriloquism angle further adds to the film’s creepiness. 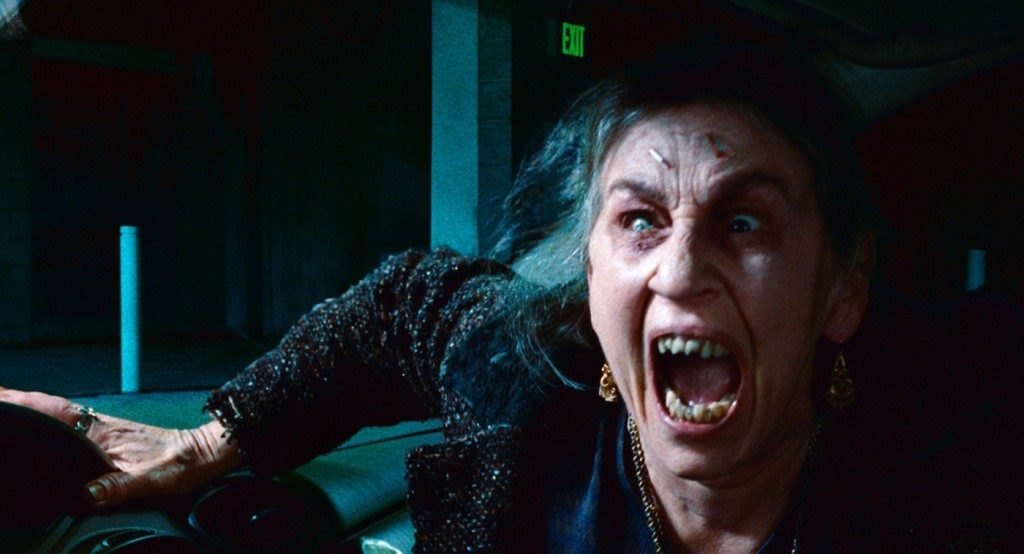 ‘Drag Me to Hell’ was a film that shocked me with its unrelenting tone. It might not have the raw atmospheric power of ‘Insidious’ or ‘Conjuring’, but it’s absolutely brutal and does not go easy on the viewers. The film tells the story of a young woman named Christine Brown, a loan officer whose seemingly perfect life is shattered after she denies an old woman extension on her mortgage. Infuriated, the old woman places a curse on Christine, after which her life takes a shocking turn. Christine later learns that she is being chased by a supernatural spirit.

The story of the film may seem simplistic but it has several terrifying moments that could possibly ruin your sleep for several days. By keeping the plot simple, Sam Raimi ensures that the film never derails at any point. It is, at certain places, over-the-top, but it works well within the realities that the film has grounded itself in. And it has that classic B-movie vibe that makes for a wildly entertaining cinematic experience. 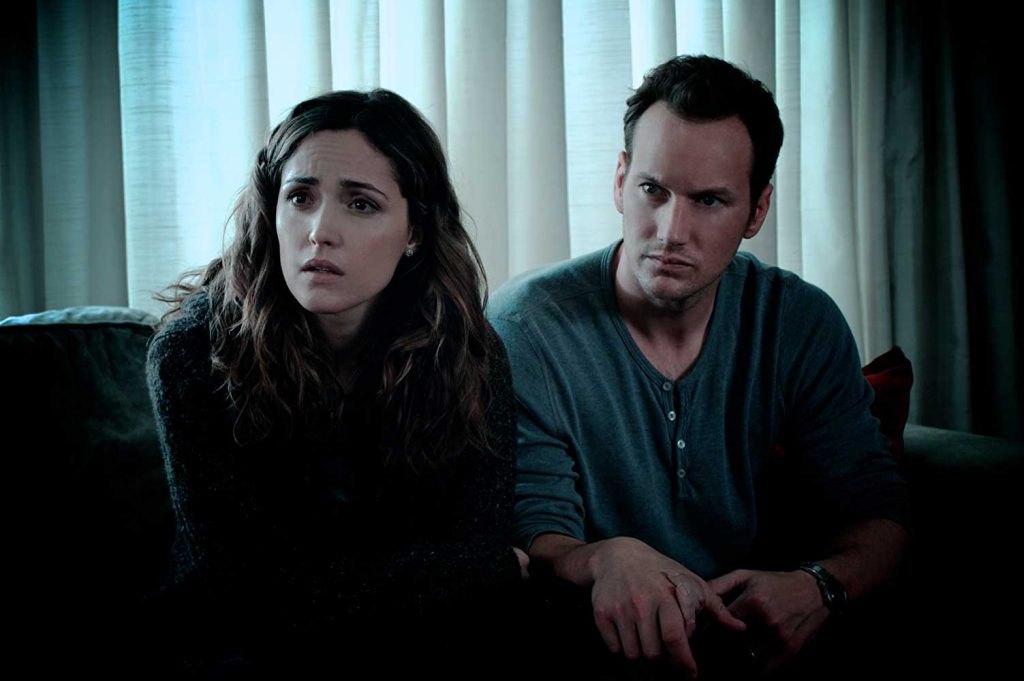 Arguably one of the most popular horror movies of recent times, ‘Insidious’, directed by James Wan, revolves around a couple who move to a new house along with their son. Things, however, take a shocking turn after certain eerie incidents shatter the peace in their lives. Their son soon slips into a coma, and the doctors struggle to unveil the mystery behind his condition. The story may not seem particularly original, but it gets more complex and interesting towards the end. One of the best things about the film is how it manages to create an atmosphere of horror. It does occasionally indulge in the wild pleasures of jump-scares, but I must say that jump-scares can be very effective when used well. And Wan here makes brilliant use of them.

Thematically, the film may seem shallow but ‘Insidious’ manages to achieve what it set out to. It manages to tell an intriguing story full of exciting twists and turns, and Wan makes sure that the narrative never loses its focus. Wan understands his audience and delivers exactly what they were looking for. Another interesting aspect of the film is that it lacks violence and gore. The tension is purely built on atmosphere, tone and the occasional use of jump-scares. ‘Insidious’ might not be a classic of the genre, but it’s a well-made horror flick that will certainly frighten you more than most horror films made these days. 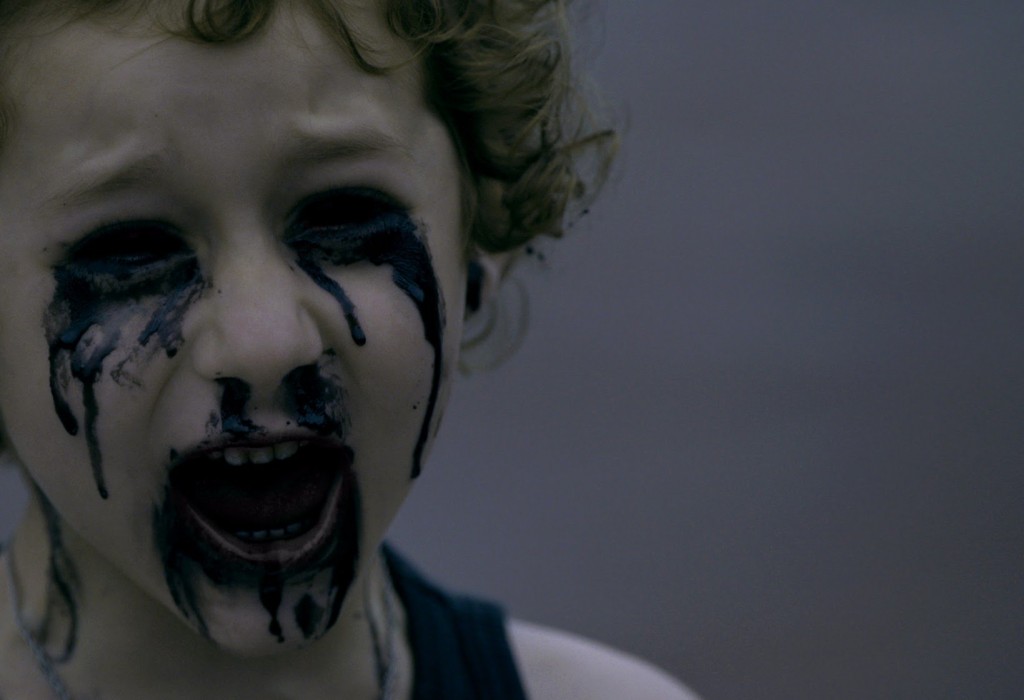 Atmospherically creepy and visually unnerving, Australia’s Joseph Sims-Dennett’s startling feature film debut follows Parker, a young man in the grip of grief following the death of his young son, his marriage on the rocks and nearing bankruptcy, but who reluctantly returns to work as a private investigator. His assignment it to observe a woman from an abandoned apartment, and as her watches bizarre happenings surrounding her, he slowly becomes aware that the derelict building he is in has a dark presence which slowly threatens to consume him. A frightening horror tale of a man spiraling into madness and reminiscent of Roman Polanski‘s ‘The Tenant’. 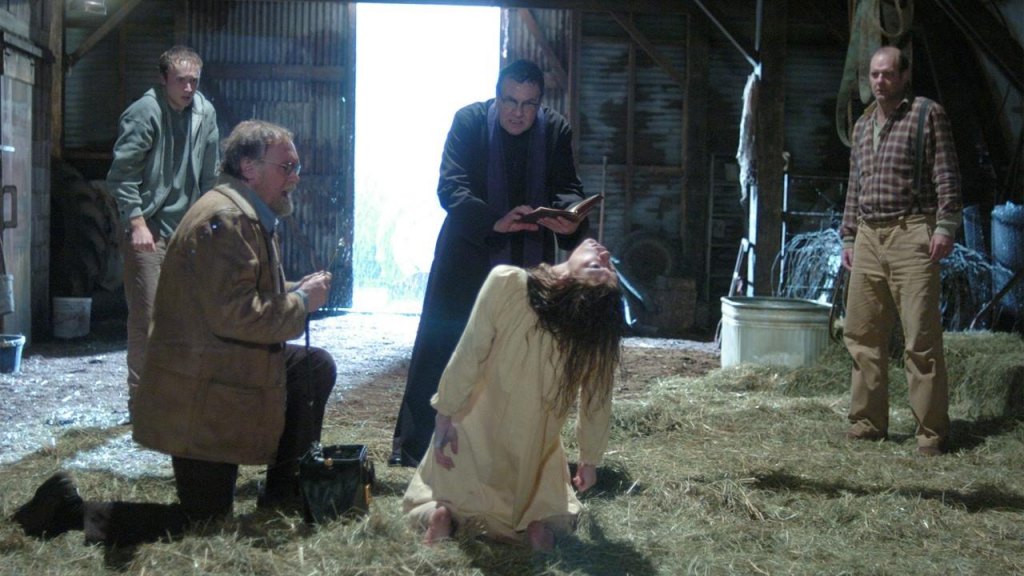 The character of Emily Rose was inspired by the story of Anneliese Michel, a young German Catholic woman who died in 1976 after unsuccessful attempts to perform an exorcism upon her with psychotropic drugs. One of the better aspects of this film is that it mixes compelling courtroom drama with generally gore-free scares. 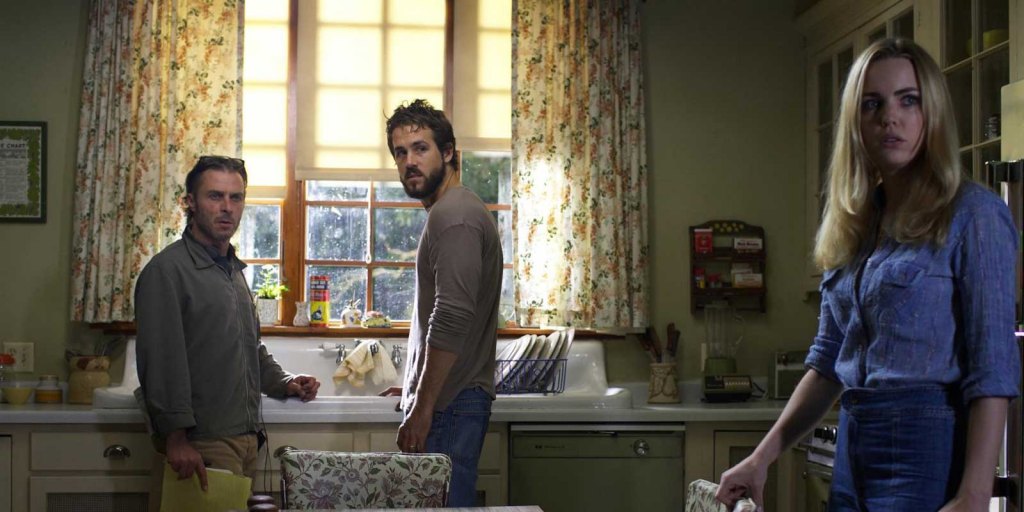 On November 13, 1974, Ronald DeFeo Jr. shot and killed six members of his family at 112 Ocean Avenue, a large Dutch Colonial house in a suburban neighborhood in Amityville, on the south shore of Long Island, New York. He was convicted of second-degree murder in November 1975. In December 1975, George and Kathy Lutz and their three children moved into the house. After 28 days, the Lutzes left the house, claiming to have been terrorized by paranormal phenomena while living there. Talk about paranormal and this movie epitomizes that. 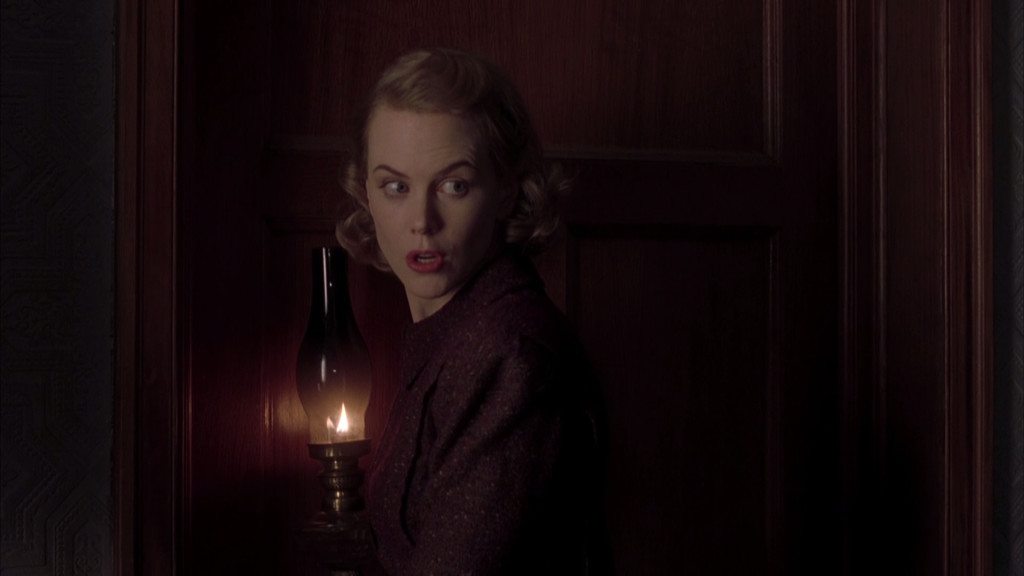 This gem of a movie from the vision board of Oscar winning film maker Alejandro Amenábar set new highs in terms of story presentation and using of top rated actors to add a slice of realism to the otherwise full on imaginary narrative. Apart from being genuinely scary ‘The Others’ manages to be poignant and stands out as a human story despite being touted as a horror film. Never in your wildest dreams could you have guessed the twist that unfolds towards the end. The film is so original in its treatment of the age old subject matter of horror that it would be unreasonable to remake it once again. Although a Bollywood remake came out in 2004 by the name of ‘Hum Kaun Hai?’ but it was so horrible that it should hardly counts as one. 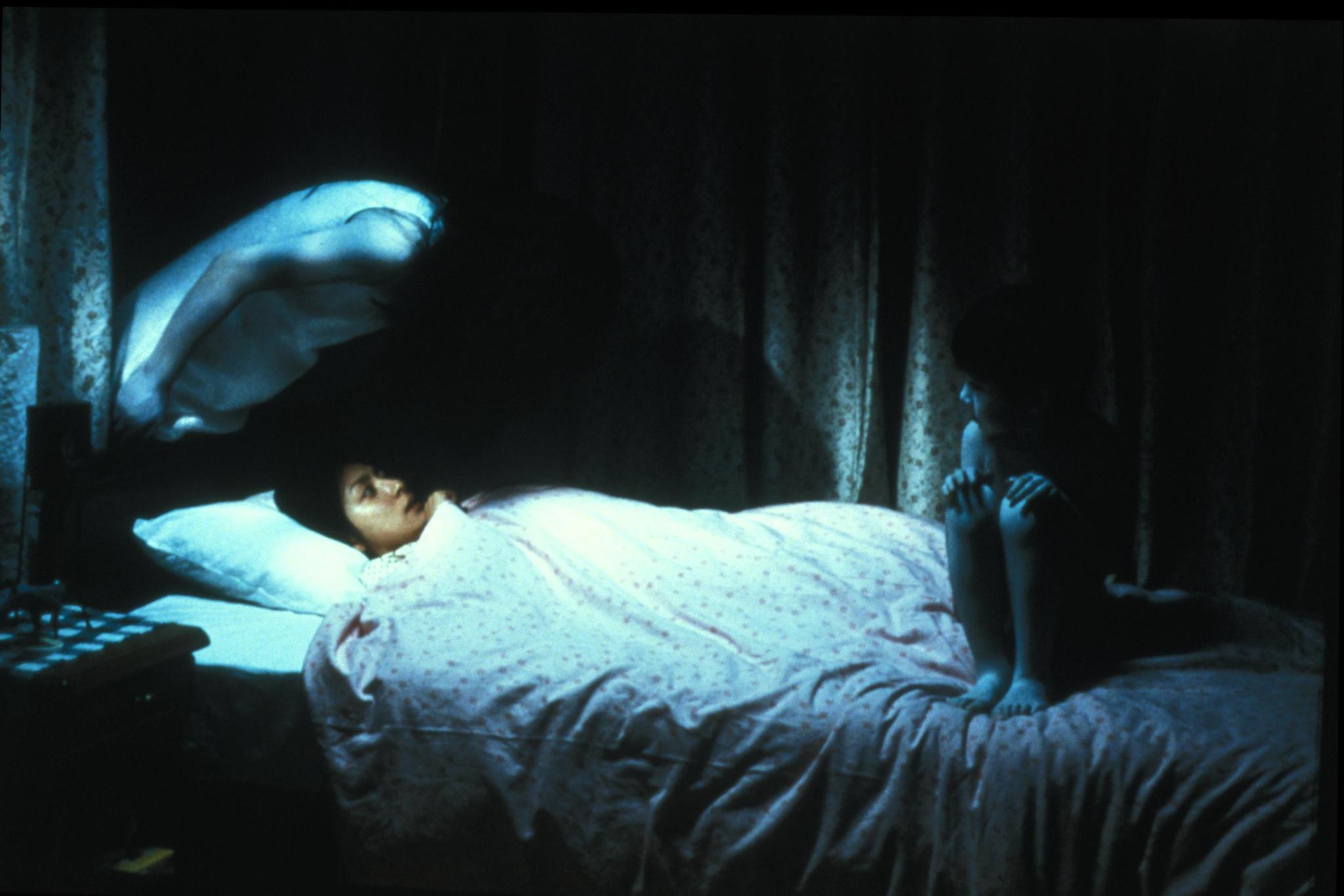 This film, as many might know, is one of the most iconic horror movies ever made. Karen Davis moves to Tokyo. Here, she encounters a supernatural spirit who possesses its victims. A series of horrifying and mysterious deaths start occurring which cause Karen to put an end to them. The blighting inspiration for the American franchise, ‘The Grudge’, the film witnesses an iconic main character, who has been the despise of many-a younger brothers and sisters. This birth of an extra-ordinarily haunting character, and her heart-breaking story, changed horror cinema as we know it. 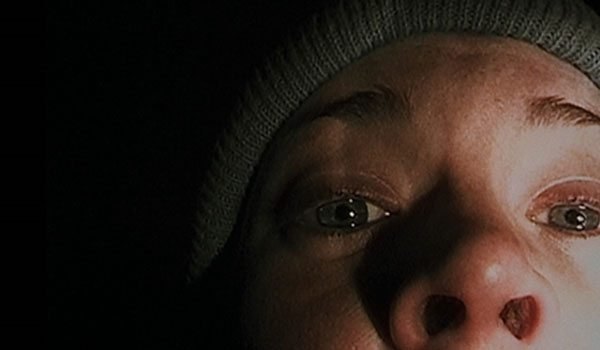 The mother of all make-believe horror movies. While the makers of The Conjuring claim it to be based on a true story, with this one the makers tried to portray the story as true — even if it wasn’t. To make belief that the movie was based on a true story they fabricated quite a few articles and online footages. It worked during the release and the movie saw a huge collection. ‘Blair Witch Project’ made the fraternity of movie industry realise that horror can also be made on a shoestring budget. And that horror movies require perspective and not just some terrific camera work and sound mixing. The movie used a normal video camera and it worked for the authenticity of its horrifying nature. 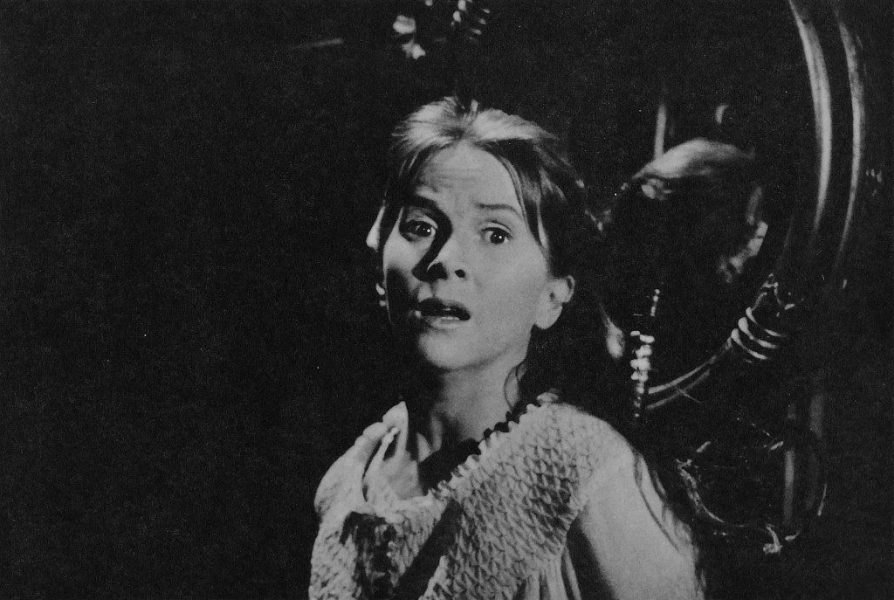 A scientist is doing research to prove the existence of ghosts, investigates Hill House, a large, eerie mansion with a lurid history of violent death and insanity. With him there are three other participants. As time goes by it becomes obvious that they have gotten more than they bargained for as the ghostly presence in the house manifests itself in horrific and deadly ways. In a way, there is a lot for a movie like The Conjuring to be inspired from The Haunting. 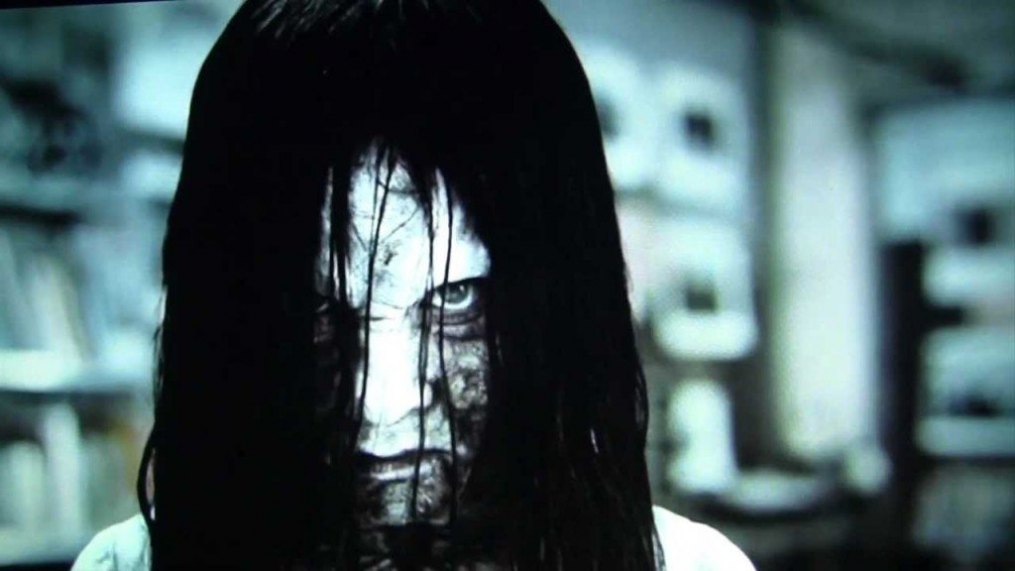 Rachel Keller is a journalist investigating a videotape that may have killed four teenagers (including her niece). There is an urban legend about this tape: the viewer will die seven days after watching it. If the legend is correct, Rachel will have to run against time to save her son’s and her own life. When you talk about investigative horror movies, ‘The Ring’ is one of the best in the genre. A must watch!

Laura (Belén Rueda) has happy memories of her childhood in an orphanage. She convinces her husband to buy the place and help her convert it into a home for sick children. One day, her own adopted son, Simón (Roger Príncep), disappears. Simon is critically ill, and when he is still missing several months later, he is presumed dead. Grief-stricken Laura believes she hears spirits, who may or may not be trying to help her find the boy. This 2007 film was the debut of the now revered JA Bayona, who was bent on retaining the traditional Spanish essence in the film. As expected, the film got raving reviews from the homeland, who praised the acting and the directing, and also commended the director for avoiding ‘cheap scares’. Subsequently, New Line Cinema bought the rights to the film for an American remake. And sir, we are excited. 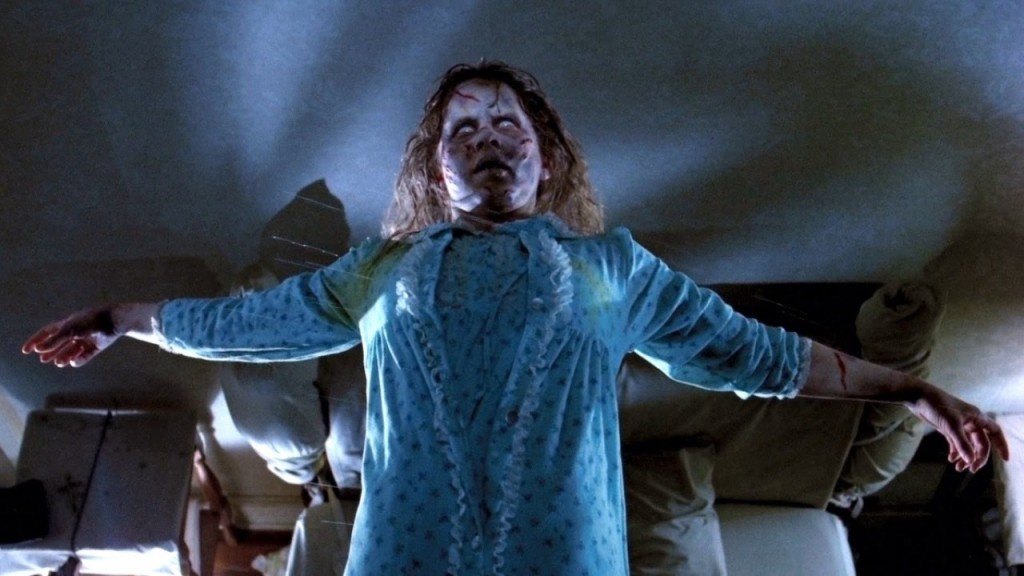 The age old battle between the good and the evil was never before portrayed so effectively on screen like ‘The Exorcist’ did. The name of the film itself give away its content but the effect that the film had on its viewers in the early 70s can hardly be described in words. The release of the film marked a watershed moment in American cinema especially in the horror genre as cutting edge technical expertise made sure that fear gets multiplied on the screen. It was nominated for 10 Academy awards including best picture.